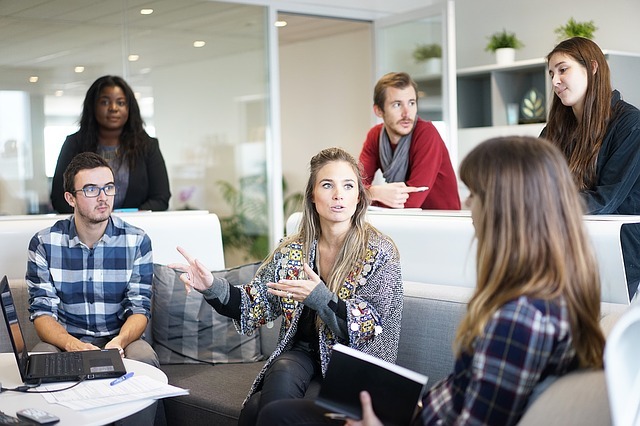 Since 2006, Réseau PREVIOS fights against domestic, sexual and moral violence and more particularly wants to help victims to be better recognised, guided and supported. Knowing that only 19% of victims of violence in France file a complaint, and that 70% of women in the world are victims of violence at least once in their lifetime, there is a real need to fight, to guide and help them. To achieve this goal, Réseau PREVIOS offers professional trainings to all types of companies to help identify and guide victims: this enters perfectly into the Goal “Peace and Justice” and more particularly to “significantly reduce all forms of violence and related death rates – help reduce the proportion of population subjected to physical, psychological or sexual violence” (16.1 – 16.1.3).

The main goal of the Réseau PREVIOS (PREvention Violence et Orientation Santé – Prevention against violence and healthcare orientation) is to help victims but in a different and innovative way, particularly in France and in the state. Instead of having a direct contact with the victims it focuses on the people who are the most likely to have contact with them, often without even knowing it. In that way it fights not only against violence thanks to prevention but also against the consequences.

First of all, it is the only structure (in Occitanie) that acts like that, by training professional to recognise victims rather than by helping directly the victims themselves. Indeed, the problem today is that many victims of violence either don’t identify themselves as victims or don’t want to receive help by fear and because they don’t know who they should contact. However, the interviewee Béatrice FOURTEAU, a psychologist and the coordinator of the Réseau PREVIOS, explained that, for example, among 10 people, a doctor will see in average 2 patients that have been victim of violence in their life, in past or present days. And even if professionals are trained and good at their work they will often don’t see any of the signs of violence. In addition, the later the help comes, the worst it is for the victim that will have health and moral consequences for the rest of its life.

That is why recognising the victims and guiding them is the first step to fight against violence and to prevent victims from dramatic consequences. The identification of victims is yet not so simple. The Réseau PREVIOS offers trainings, made on request all the year by speakers from association, for companies, professionals as in the medical and healthcare sector, the social organisations and also for municipal councillor who can be solicited by inhabitants. For the moment, the initiative is mainly local, in the South of France, but among all the phone calls and solicitations that the Réseau PREVIOS receives, 16% are from the rest of France and world. 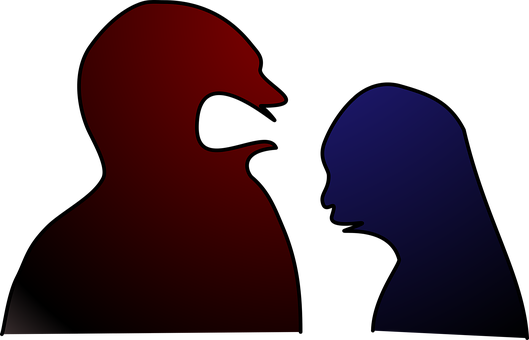 The Réseau PREVIOS was founded in 2006 by Agnès THOMAS, a doctor, who died in 2012. The fact is that at the beginning of the 2000s, doctors and scientists realized that victims of violence are more likely to have health (physical and moral) problems and diseases, others that the shots linked to violence. Being aware of this discovery Agnès THOMAS understood the “need” to act and to find solution. However, some organisations, companies and associations already existed to help victims. But the real problem for Agnès THOMAS and the association was more to find the victims that often don’t say anything in order then to help them. In other words, how could help victims if we don’t know that they are victims? So, she created the Réseau PREVIOS to provide formations for professionals and to give them names of associations and people, or even the address of police stations, that will help them to guide the victims to the rights contacts.

This innovation not only has an impact on victims and professionals but also on the city and state in general. First and foremost, it impacts the professional thanks to trainings. These trainings are a way to give information to all participants to help them guiding and identifying the victims. In addition of that, it is also a way to make preventions in companies and to explain all the negative impacts, more numerous than what we think, of violence. It is a real rise of awareness among all the participants.

Then, and it is even more important and significative for the Réseau PREVIOS, it impacts the victims of violence. They can so be more easily helped and identified, in order also not to be alone in during this time, to address the right people that will help them. Talking is so important but they often not do the first step and they don’t know who they can talk to. That is why finding someone who talks first about the violence, someone who understood with the signs that he has in front of him a victim, can be easier for the victims. In that way they are certain also to be supported and guided and do not have to do the first complicated move.

Finally, it impacts positively and more generally the whole society. Taking care of the victims of violence and the prevention and awareness linked to that are important keys to create a more peaceful society. Indeed, Béatrice FOURTEAU gave the example of psychiatric hospital and retiring home where in some of them, patients are violent whereas in other they are not, even if they have the same disease. This shows that some places and behaviours can have an unconscious impact on people and so trainings are important to know how to act and to react.

The main source of money of the Réseau Prévios comes from the subvention of the ARS (Agence Régionale de Santé – Stateal Healthcare Agency). This agency gives every year 25 000€ to the association. Even if it is a huge amount of money, the subvention has been divided by two between 2009 and now – in 2009 it gave 50 000€. In order to receive this subvention, the Réseau PREVIOS has some obligations to respect:

The Réseau PREVIOS now has new challenges. First, the region of intervention has been multiplicated by two (with the renewal of states in France), that means more trainings and sensibilisation over a larger number of people. To do that, it also needs to have more and more resources, coming not only from the ARS, but also from the fees of adherents. Besides the 6 members of the administration, there are currently around 15 adherents to the association. Thanks to more communication and popularity, this number will certainly and hopefully increase during next years, and so increase the fees. The second wish and challenge for the Réseau PREVIOS is to extend again the different trainings offered. Indeed, they used to train not only professionals in companies, but also to do some intervention in prisons to train and raise awareness directly on the authors of violence. After, it chose to focus on the professional trainings but now wants to come back to sources of violence, the authors, to cover the whole range of this problem: from the origin of the violence to the caring of victims. The revenue raised are important to pay the salaries of the 2 part-time employees and to pay the different speakers of the trainings. With the expansion of the region and of the trainings, Béatrice FOURTEAU also explained that they really need first to find and train new speakers for the trainings: they will then be able to do more trainings and more actions. The speakers can be doctors, psychologist, former victims or even from other areas, but they need to know how to talk about this subject and how to raise awareness among the audience of the training.

Another important point to notice is that helping and guiding the victims of violence to avoid health consequences in the future is also a way for the social healthcare organisation to save money. Domestic violence costs more than 48 million to the state of Occitanie each year and the help of victims and their caring is financially good both for the business of the association Réseau PREVIOS and also for the state and country.

This innovation benefits socially everyone in our society. Taking care of the victims of violence is important but identifying them is the first step and the Réseau PREVIOS acts in this way. Even if its actions are local it could and should be an example of what is possible to fight and prevent all types of violence. As it was said before it benefits everyone, whatever their profession or social status. Sensibilisation against violence is also a key for a more peaceful and sustainable society. For everyone to know how to act and react in violent situation, that are not always obvious, trainings and speaking is one solution provided and supported by the Réseau PREVIOS. One dream for Béatrice FOURTEAU would even be for victims and authors of violence to be train enough to be able to support and take over by themselves.

The Réseau PREVIOS is an association, yes, but it wants and needs to make profit to do more significant actions over a larger range of people, more often and in more places. Associations in France are also important actors in the protection of peace and justice. Béatrice FOURTEAU admitted that even if politicians say that actions and measures will be taken, the reality is often different. The fight against violence is not so easy, even in France, because citizens consider peace and justice as something acquired and see needs in other areas. However, the protection and help of the citizens is also a part of the sustainable developments and goals of the UN and in addition it could save money for the state and its organisation: it is a social win-win (citizens and country) innovation!

Since 2006, Réseau Prévios fights against domestic, workplace, sexual and moral violence and more particularly wants to help victims to be better recognised, guided and supported. To achieve this goal, Réseau Prévios offers professional trainings to all types of companies to train them to know how to identify a victim and then how to react and orientate him/her to the right people.