We can recycle plastics, make a profit doing so, and do good for the world by creating a sustainable future. Mike Biddle founded MBA Polymers in 1996 which does just that. He created the technology to sort through all plastics and assort them by type; something that had traditionally been done by hand in some third world countries or was so cumbersome to do that it was not done at all and waste was just burned or dumped into rivers or seas. His innovation resulted in creating recycled plastics that were a cheaper way to go.

The United Nations estimates that each year there is over 85 billion pounds of electronic waste that gets discarded and that number is expected to rise exponentially year over year. "Within that waste, there is plastic and lots of it!" he said. Mike Biddle stated " I have always cared about the environment", and also refers to himself as "The Garbage Man". In 1992, after he quit his job in a major plastic manufacturing plant, started developing a method to recycle plastics from complicated end of life waste streams. Traditionally plastics have been very difficult to recycle in comparison to metals. That being said many manufacturers opt to use new plastic instead of recycled plastic, however the practices to obtain the natural resources to produce new plastic is becoming increasingly difficult, expensive, and has many negative implications on the environment.

In order to recycle plastics, it begins with piles of end of life waste. Metal recyclers shred the materials into small pieces and recover the metals. What is left is put into a machine that separates the plastics from all other materials. At the end of this step there is a mixed plastic mixture where there are different grades of plastic, then it goes to a multi-step process to sort the different grades and types of plastics, the plastics are shredded down into very small pieces. At the very end of the process the plastic has been successfully separated into different types and grades of plastic, then color sorted and blended, melted and pushed out into long strings and ultimately into plastic pellets. The pellets are the same thing that you would get if you got the plastic new, from oil. This methodology can truly save our environment, money, and our natural resources.

"I always care about the environment, I realized that there is not only an environmental value but and economic one as well." By recycling these end of life materials we will be able to safe natural resources, clean some of the waste polluting our environment and make some money.

After much research and "his love of the environment", many failures as Dr. Biddle stated "I learned more from all the mistakes than from any other place". Mike Biddle discovered that those plastics have been sent to third world countries where people would sort through the piles of garbage to find metal to recycle for as little as a dollar a day in horrible working conditions. From these piles they'd try to find salvageable plastic as well by bringing the plastics into small workshops where they'd try their best to sort the plastics by type, even resorting to the "burn and sniff" method to try and determine which kind of plastic they had. After seeing these conditions, he realizing that there was not only an environmental benefit but an economical one as well. Mike knew that plastics were too valuable to keep burying in the ground or burning up in smoke. He knew he had to find a way to separate these various plastics and began to find a way in his garage in 1992.

In 1996 he opened with the help of a few investors the first plant in California, a few years after they expanded to England, China, and Austria. Since then, the California plant has closed, but as Mike indicated in his interview, that closure is not indicative of a declining market. In fact there is a global market for recycling that is untapped and this business model would not only save the planet but is also very lucrative.

The overall impact of recycling plastics is tremendous. If the globe was diligent in recycling plastics we would save our natural resources and reduce the amount of waste and carcinogens that we release into the atmosphere. Organizations utilizing recycled plastics would also act in a socially responsible way, reducing their carbon footprint as well as saving costs. The technology to quickly and easily recycle complex groups of plastics is revolutionary and will surely benefit the entire globe, if we all work to encourage the adoption of such technology. "People are recognizing a circular economy and more people, governments, and companies are pushing for it" said Mike Biddle.

The benefits for utilizing MBA Polymers technology to recycle plastics are plentiful. With an endless supply of plastics waiting to be recycled, businesses would enjoy low costs for purchasing such recycled products with the same consistency as virgin ones. Businesses would also be acting in a sustainable, more environmentally responsible way which is something many organizations now strive to do looking to cut cost. Businesses would also enjoy lower capital costs as well as lower energy costs if they were to utilize the technology themselves. And most importantly businesses would be producing sustainable products!

The recycling of plastics would create sustainable products that would allow us to limit the amount of natural resources we mine, especially as mining has become increasingly difficult and we have gone to greater lengths (some of which completely destroy the environment) in order to get the natural resources. This new technology would also reduce the amount of garbage around the world especially in third world locations where first world trash has been dumped for them to do the hard work of recycling and enduring the inhumane and harmful repercussions of living and working in such an environment. 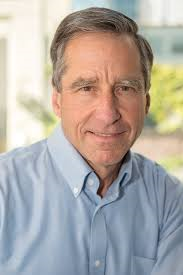 We can recycle plastics, make a profit doing so, and do good for the world by creating a sustainable future. Mike Biddle founded MBA Polymers which does just that. He created the technology to sort through all plastics and sort them by type, something that had traditionally been done by hand in some third world country or was so cumbersome to do so it was not done at all, burned or just dumped into some river or sea. His innovation resulted in creating new plastics from end of life waste that was cheaper way to go.