Nothing is lost, Nothing is created, Everything is valued.

The team wants to radically change the image of public toilets by proposing environmentally friendly cabins for a clean, sustainable and attractive city. At the same time, it is developing the connected composter of tomorrow, which will be reliable, fun and modern.

As their slogan says, "Nothing is lost, nothing is created, everything is valued!"

Ecosec is a manufacturer of waterless toilets and urban composters associated with an innovative maintenance service, which offers solutions and services that are in line with the logic of circular economy. Ecosec's ambition is to close the natural cycle of organic waste in the city, by bringing it back into urban and peri-urban agriculture. Two main areas of focus are: separate dry toilets and urban composting.

The founder, Benjamin Clouet, went abroad for 5 years on a humanitarian trip that focused on sanitation and hunger issues. After some research, he realized that each person uses an average of 27 liters of water per day when flushing the toilet, and that 30% of our drinking water is used for the toilet. An ambition which allows to limit the water pollution, to treat the waste but also to develop the local employment. So many reasons to develop toilets that do not use water, in order to be the first to offer real "clean" public toilets, certified 100% circular economy.

The challenge is to recover the material produced by the public, to recycle it into compost! Thus the first objective is reached: no water pollution, we give back to the earth what is to the earth. They decided to create Ecosec. The fine team composed today of 10 motivated people, proposes designated cabins equipped with solar panels, autonomous, practical, dismountable, hygienic, and especially the logistics around, i.e. the security and the cleanliness. Ecosec is linked to a sense of mission and purpose. Indeed, the Ecosec team has long been very involved in the issues of short cycles, recycling, environment as well as in local solidarity and cooperative organizations. From manufacturing to the services offered (maintenance and cleaning), the whole approach is oriented towards an ecological footprint reduced to the maximum. By transforming the users, formerly "polluters of aquatic environments" into "actors of the ecological transition", a strong message of awareness is given. 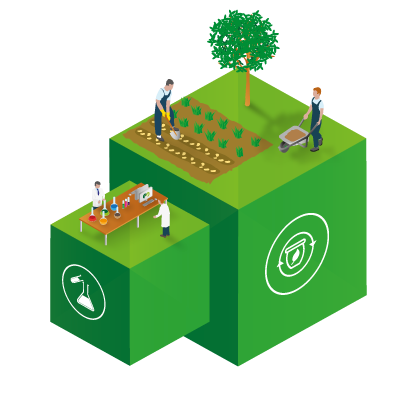 The original idea was born after an expatriation outside France. The story began during his humanitarian trip to Africa. It was there that he saw, while working on sanitary issues, that children in Cambodia were dying of cholera. Back to France, he realized that with 80% of the population living in urban areas, water consumption is impressive, flushing toilets, washing machines, showers, etc. He realized that there was a need to think about our water consumption, which could be reused in a better way. By innocently flushing the toilet, each person saves an average of 27 liters of water per day. So many reasons to develop toilets that do not use water.

In wastewater treatment plant, water, urine and faces are mixed together, as Benjamin says, "It's like throwing everything in the garbage can, your plastic, your aluminum, your organic waste, your glass, all mixed together, we can't do anything with it.” But if we separate the different channels, it would be much simpler. The shower water, in the plants, the composted faces and for the urine, as it is liquid, a truck can pump it and go to water the compost piles or take it to the fields.

It took a lot of courage and perseverance to develop this concept. Despite the lack of support from the town hall, the hours of work, the fact of having invested 15 000€ of their savings without it all working, some people still pulled them up by giving them a 40 000€ contract, which allowed them to launch the business!

Today, the use of dry toilets is possible, anywhere.

After presenting their project many were reluctant, so they had to change their minds. They quickly realized the main problem of their first customers was the lack of connection to the networks. And since their toilets were functional thanks to solar panels and without being connected to any network, this is the market they chose to enter.

So, impacts on society are principally reflected in a change in mentality, waterless toilets were perceived as constraining. But today, the company's argumentation power has increased following the numerous events in which it has participated such as installations of their toilets in Paris for example.

Water savings are also a major environmental argument, as the company estimates that flushing the toilet accounts for 30% of our monthly water consumption. On a large scale, this innovation makes it possible to recycle biodegradable organic waste and to recover the nutrients contained in it.

The short-term effects is possible through the constant and regular use on the Parisian festivals where they have been seduced and continue to use them. In the long term, they would like to replace the so-called "classic" toilets in buildings with a collective collection system. If today the festivals have convinced the project, there is still a lot to do to change the mentalities and who knows if the number of projects increases again, it may push the elected officials of small and medium-sized cities to install such networks on their territory.

When it comes to the benefit that the company creates on the society around it.

Ecosec proposes and effectively uses a reintegration plan to hire some of their employees in the field and on their production site.

Ecosec, therefore, offers jobs to people who may have difficulty finding them.

The environmental benefit created by Ecosec acts on various levels. Indeed, the first benefit is the saving of water which is considerable. Moreover, the transformation of excrements into fertilizer allows the growth of the ecosystem as well as the reduction of fertilizer importation in France. All of this can be summarized as an ecological footprint reduced to a maximum. 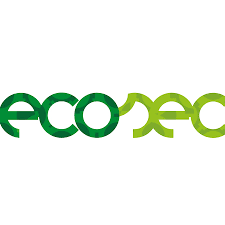 Ecosec is a French company that tries to do best for the environment by treating human waste. It is about dry toilets, the aim of this development is based on the following principles: to reduce upstream pollution, to reduce sanitary and environmental risks, to be accessible to all, culturally, socially, technically and economically and finally to make the individual responsible.