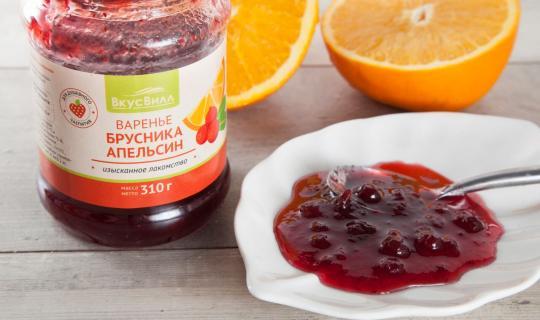 One cannot but notice a problem of accessing organic food in big cities. Available organic products tend to be either extremely expensive or of foreign origins. In 2009 VkusVill's CEO Andrey Krivenko decided to bring together farmers from Moscow region and other parts of Russia to supply the market with brand new organic solutions.

A growing number of people give their preference to products from VkusVill because the company is specialized in natural and safe goods that help customers to live healthier lifes. The idea to create such a chain of stores came through the personal need of healthy nutrition. The founders themselves struggled to find food without extra nutritional supplements offered by the existing supermarkets. The outcome was dissatisfying. Then the alternative solution was developed.

The founders realized that the cooperation with local markets is not always reliable. The suppliers were always changing. Moreover, they discovered that some suppliers tried to cheat VkusVill by selling the same supermarket products but simply without labels.

The solution was to create a company which would provide people with the certified goods from the farmers. The company now buys products made by the local farmers and sells them under the brand name "VkusVill". In a nutshell, "One does not need to think about the brand of milk purchased, one just buys milk by VkusVill" - and one knows that it is of the highest quality", told us Eugenii Razgulyaev.

The Russian Presidential Academy of National Economy and Public Administration

The innovation of a single-branded private label products gives confidence to its consumers. It is important to highlight that the second person hired by the company was the quality engineer. So, both CEO and him were checking the factories and labs where the products were tested.

Only the specialized technicians are responsible for the range of products available in the grocery stores. All of them have specialized degrees in the field of nutrition, and all without exception are engaged in the production of goods at different enterprises.

VkusVill technologists travel around Russia in search of small but fair producers. What is interesting, the company's main focus is the production of ecologically clean and safe goods. The aim is to spread eco-food in two ways: to the audience who is interested and even obsessed with healthy products - the so called LOHAS-consumers; and to average consumers in Moscow and Moscow region. In other words, the concept is to make organic food available for people from big cities at an appropriate price.

It's very important to distinguish the innovation in corporate field. Generally, every company cares about their situation in the market and its perspectives. The company also strives to show its comparative advantage among the competitors. However, VkusVill's "social idea" is superior to the mission of the company. Its strategy is to share experiences with the competitors. In pursuit of high ideas the company has become transparent and open to cooperation with everyone.

Interestingly, VkusVill is about to start an integrated project with one of the largest Russian supermarket chains "Perekrestok" (belongs to X5 Retail Group) . VkusVill will provide organic food to be sold under the Perekrestok's private label.

In order to simplify the life of customers, VkusVill launched a chat-bot in the Telegram Messenger. It has become possible to follow discounts and offers, find nearest stores and much more. Throughout 2017, the bot has acquired new functions. In just 2 months 50 thousand people have joined it. 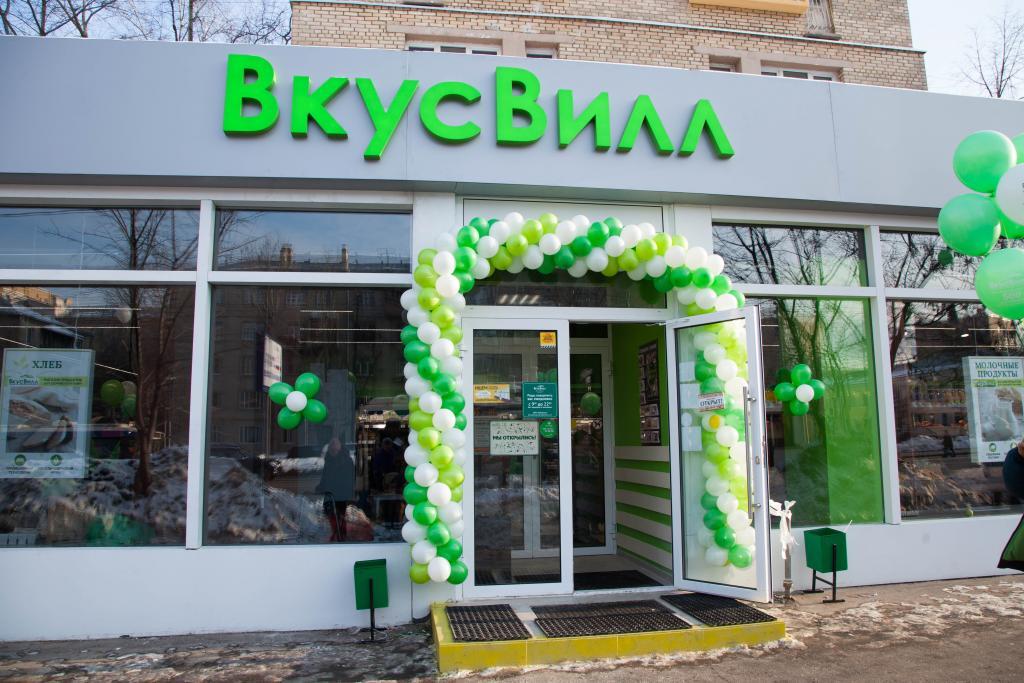 Andrey Krivenko, the CEO and founder of VkusVill, was motivated to establish his business by his own needs. He simply wanted to have a place, where he would be able to buy healthy food for his own children. Not only this was a key factor. Besides the CEO was inspired by already existing business models, such as Trader's Joe concept, Lidl, ALDI, Billa and Buuztorg (Jod de Block).

Talking about the short term effects of this innovation, one would mention accessibility of organic food in a big city, which is of highest importance to those who takes care of their health. Taking the long-term effects into account, the main idea is to provide Russian citizens with high quality products to increase life expectancy and well-being in the country.

In today's world it is impossible to live without being public and listening to customers' opinions. VkusVil has a hotline, launched a website and groups in social networks. They have proved their relevance as customers often use these channels to provide their feedback.

It sounds almost unbelievable, but one of the key innovations of VkusVill was the decision to bring brands of competitors to their factories. They arrange guided tours once or twice a month. The agenda that the company focuses on deals not only with the food production issues but also covers corporate strategy and management within the company.

This is how VkusVill aims to teach others (rivals!) to produce high quality organic food. VkusVill has an ambitious goal to make a solid contribution to the development of an organic food market in Russia.

At the beginning, VkusVill has opened stores only in Moscow. Nowadays there are 566 stores across Russia, including ones in Ryazan, Vladimir, Tula, Yaroslalv, Kaluga and Tver. On average VkusVill open 30-40 new stores every month.

When it comes to social and environmental benefits, two things should be mentioned here.

The first is that corporate culture of VkusVill is at a high level. Top - managers hold monthly meetings where they discuss business books which could influence their performance. There is a special mood barometer in the office so everyone is able to share his or her emotions and events.

Coming to the environmental impact, VkusVill stopped giving free plastic bags when the purchase is 500₽ and more. Clients need to pay for them now. The idea behind this is to cut down on the use of plastic and inspire customers to bring their own bags. "Over one month, the number of packages that our customers purchase decreased almost twofold - from 5.5 mln to 3.4 mln. 57 thousand people opted for a reusable spunbond bag (the sale of bags grew 10-fold). 14781 people stopped using plastic bags completely", according to corporate website (http://vkusvill.ru/about). 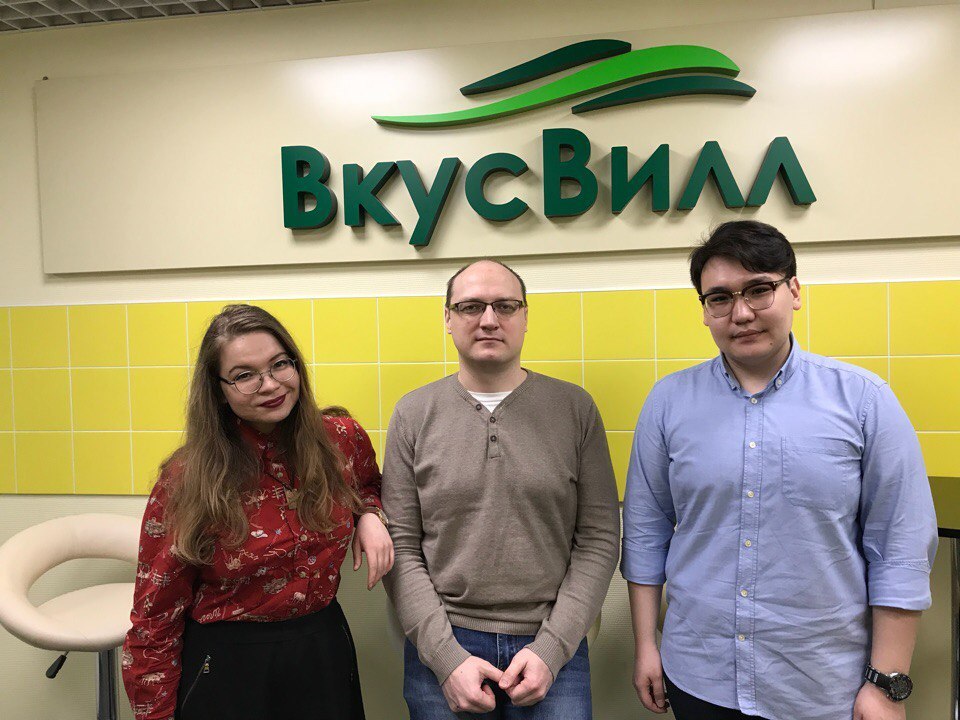 VkusVill is a one of the largest Russian retail chains selling natural organic products for healthy nutrition. All products are marketed under the company's own brand and its suppliers' portfolio has about 400 vendors across the Russian regions. Some 70% of VkusVill's assortment are fresh products. The VkusVill chain comprises over 500 stores under VkusVill and Izbenka brand names.