What started out as a parents' bike swap for their children quickly became Scotland’s largest bicycle recycler! It's a simple idea that has created positive social and environmental change, showing that by being good, "you can do more good." The Bike Station’s innovative model has promoted high employee morale and improved community well-being by giving the less fortunate the opportunity to get back on their feet. This ethos of societal improvement is apparent in their business mission statement:

“Our vision is healthy, green, and happy communities where everyone has access to a bicycle."

"Our mission is to make cycling accessible to people in Glasgow and beyond.”

The Bike Station has taken the business idea of recycling bicycles and developed it through innovation. The Bike Station's work has led the organization to hold the title of being Scotland’s largest bicycle recycling organization. Through a variety of innovations, ranging from the refurbishment and restoration of donated bicycles, to fix-your-bike workshops, to teaching bike safety, as well as corporate events, the Bike Station goes from strength to strength.

The Bike Station has an innovative business model that separates the business into two business units. The commercial business unit consists of a chain of shops, which has the purpose of generating income to invest in socially oriented aspects related to its mission. A social arm designs and delivers projects that are funded through retained profits, supplemented with support from governmental and other external sources such as charities.

The Bike Station Academy began in 2015, with a focus on delivering training to young individuals in school who are disengaged from the mainstream curriculum. This project operates in suburbs of Glasgow designated as areas of Multiple Deprivation. The projects enable underprivileged individuals to get involved in cycling by offering a City and Guilds qualification in Cycle Mechanics, thereby improving the skill sets of those involved and opening up employment opportunities.

In addition to this, The Bike Station also operates a scheme along with the Scottish Prison Service on a project working with ex-offenders to promote a pathway to a sustainable lifestyle when they are released.

Another innovation is the "fix your own bike" initiative, where a range of customers can benefit from additional education on how to care for and maintain their own bikes. This is cost effective for the community as well as having positive consequences for cycle safety, with an assortment of accessible second-hand bike parts available onsite.

Furthermore, education is also key at The Bike Station, which often travels to schools, colleges, and universities with the aim of developing students' riding skills and improving road safety. The Bike Station often teams up with other bike companies with similar aims to host events throughout Glasgow to gain funding for future projects and reach a larger audience. This investment in the community is apparent throughout The Bike Station’s operations, and subsequently the organization continues to be an increasingly innovative social enterprise. 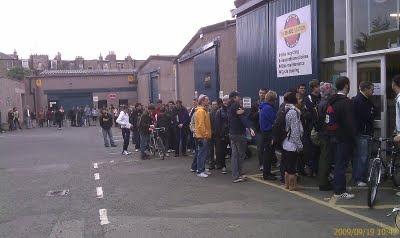 The main inspiration was the need for accessibility for all to bicycles throughout Edinburgh, easing the financial burden associated with purchasing multiple bikes throughout a child’s early years. This burden is even greater in poorer families with more than one child, often leading to children being deprived the opportunity to learn how to cycle.

Subsequently, a bike swap was conceived and gained tremendous support within the community, resulting in a "snowballing effect" whereby the influx in bike donations created a market for second-hand bikes within the area. After the parents saw this potential for the project, they decided to apply for grant funding to turn this small bike swap into a larger community-based project, which was accepted in 2002 when they opened their first workshop in Johnstone Terrace.

The Bike Station soon took on additional responsibility in the form of environmental consideration, and before long bikes were donated to support local projects with a social purpose or to be given a new lease on life and reused.

The Bike Station has been able to enhance its work through additional government support and non-governmental donations of £274,186 and £4,468, respectively. This funding has accelerated both commercial development and community projects, which contribute to the social aims of the enterprise.

Although the initial commitment of The Bike Station was to promote bicycle reuse for societal well-being, the company has naturally inherited an ethos that operates in line with the environmentally friendly aims of the organization. Almost everything that The Bike Station does has a positive impact on the environment, both directly and indirectly. For instance, The Bike Station aims to promote refurbishment of bikes, which has subsequently prevented 30,000 bikes from going to the landfill. In addition, The Bike Station is committed to reducing emissions by teaching communities, through projects such as Uni-Cycle, to promote, encourage, and support students in Glasgow to choose cycling over motorized travel to reduce the city’s carbon footprint.

The innovation has allowed the business to experience growth through a number of stores in different areas of Scotland: Edinburgh, Glasgow, and Perth. The social enterprise was growing very healthily until mid-2016, when the Edinburgh shop caught fire, which resulted in the shop being out of action. However, after giving back to the community for over a decade, and having built up strong reputational capital, The Bike Station received over £16,000 in just two weeks through crowdfunding.

The Bike Station overall has provided much benefit to the society within Glasgow. Their efforts have led to receiving the Social Entrepreneur of the Year Award in 2015, which gives further acknowledgment to the work of employees and volunteers throughout the organization, as well as the impact it makes on society.

There are few businesses out there like The Bike Station - a quality, professional bike shop that sells new and used bikes that are affordable to a wide variety of people, but also a social enterprise driven to benefit society and the environment it has become a part of. The Bike Station has gone full circle, not only doing good but helping others to do good themselves, managing to make sustainable cycling a sustainable cycle! 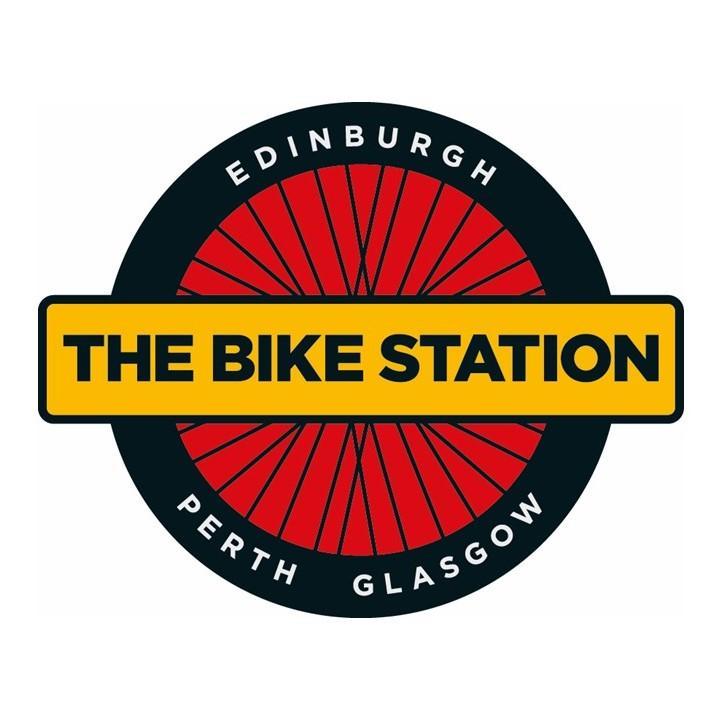 What started out as a parent’s bike swap for their children quickly became Scotland’s largest bicycle recycler. It's a simple idea that has created positive social and environmental change, showing that by being good, "you can do more good." The Bike Station’s innovative model has promoted high employee morale and improved community well-being, giving the less fortunate the opportunity to get back on their feet. This ethos of societal improvement is apparent in the business Vision and Mission statements: “Our vision is healthy, green, and happy communities where everyone has access to a bicycle." "Our mission is to make cycling accessible to people in Glasgow and beyond.”