The Luna Lights systems operates with the help of cloud-based data analytics working in tangent with a discrete, but pressure-sensitive, strip sensor adhered directly to the mattresses of older individuals who might require additional assistance when making trips to the restroom. These sensors track sleep and movement patterns which can help care teams more intuitively provide assistance.

Co-founder Donovan Morrison explained, “utilizing this we are really focused on nighttime safety from a multipronged approach...[from] initial prevention, detection and response, and then prediction.” When the sensor detects an individual getting up in the night, it activates lights that are installed throughout the area, specific to each individual’s needs. These lights increase visibility in order to decrease the risk of falls. When an individual has been out of bed for longer than usual, a nurse or care team member is notified and able to come to provide assistance. Morrison said, “one of our core beliefs and tenets for the business is that safety should be simple… So get up, lights turn on, go to the bathroom, lie back down, lights turn off, that simple. Nothing, no buttons to press, nothing to wear, that’s it.” 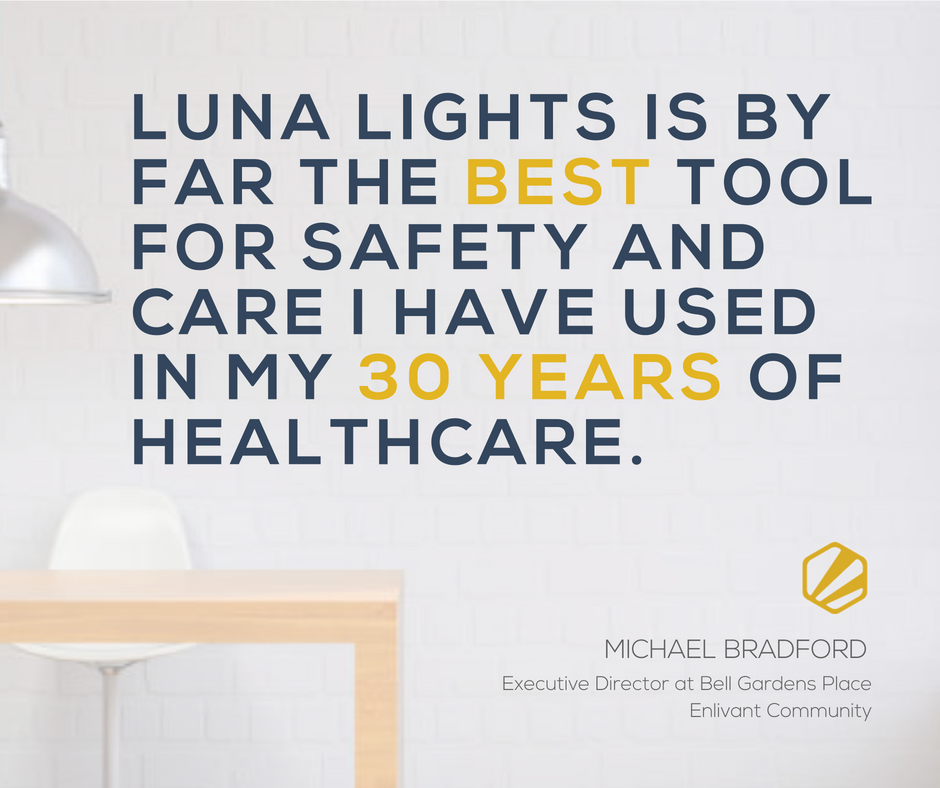 Since early 2015, Luna Lights has been improving the lives of older adults living in senior community settings. This is an automated lighting system that uses behavioral analysis to improve safety and reduce fall risk for older adults. Donovan Morrison and his co-founder Matt Wilcox met while they were studying engineering at Northwestern University in Evanston, IL. They were both part of an extra-curricular design program, Design for America, where students focus on human-centered design. The idea for Luna Lights sparked when Morrison and his Wilcox were talking and realized they both had had grandparents who had fallen. Morrison first became passionate about aiding this problem when he noticed his “dad’s mother fell and had some health issues when [he] was growing up and saw the strain of that, not only on her but [on his] family.” In addition, Morrison explained the strain, not only physical standpoint, but emotionally and monetarily that this stress caused on his parents thinking about her.

This passion turned into a business to help reduce the fall risk of older adults. Currently, Luna Lights is installed in assisted living, memory care, and skilled nursing facilities across the country and helps the facilities effectively manage their liability by reducing falls and fall risk among members of the living community. Morrison and Wilcox spent a lot of time with administrators, caregivers, residents, family members, and anyone else who would be affected by falling to better understand the situation and how to approach this problem.

In addition, Morrison explained Luna Lights aims to help older adults remain independent and healthy as they age without making major lifestyle changes or compromises. Luna Lights primarily focuses on the nighttime aspect of senior living communities. This is due to the reduced staffing ratio at night when there are 20-25 residents to one staffer and residents will get up in the middle of the night and not turn on a light. This causes problems when one ages due to declining mobility and eyesight, adding to fall risk significantly, Morrison noted.

The main impact of the Luna Lights system is societal. The company and the product seek to better the lives of older individuals by not only protecting their physical safety and preventing falls, but also protecting and preserving their privacy and independence. Falling is a huge health risk to older individuals and a huge stressor for their loved ones. Morrison said he and Wilcox, “decided to do a little bit of research, and after five minutes of research found what a massive universal issue falling is. It is the number one cause of injury or related death of those 65+. I believe the stat now is that it costs the healthcare system $50 billion annually.”

Short term effects of this system are increased mobility and independence for older adults in assisted care communities. Long term effects include a decrease in night time falls within assisted living communities. Morrison explained the company has seen great success. Currently, Luna Lights is in 22 senior living communities across the Midwest and North East. The group worked with clinical teams to do preemptive and post-testing analyses and have seen a 29% reduction in the nighttime fall rate. Therefore, if a senior living community can bring the fall rate down, it can be great for improved resident wellness as well as saving money for these communities.

This system innovates the market because of its unique approach to safety. No other system on the market provides such thorough data analyses while still allowing older individuals to maintain their dignity and autonomy. Morrison explains, “Anyone can use this, it’s very age agnostic.” Luna Lights operates in an underserved market segment. Morrison stated he and Wilcox saw a gap in coverage and felt compelled to create a product that would improve safety, aid staff in nightly rounds, and be something that “older adults would embrace and want to utilize.”

As previously stated, this innovation’s main impact is societal because it seeks to maintain the dignity of the older community while effectively preventing them from bodily harm related to nighttime falls. Morrison summarizes, “Another one of our beliefs is that pride never subsides, just because you are getting older and you’re aging doesn’t mean you should need to change everything you do and how you interact with the world.”

With LED lights and a long product lifespan, Luna Lights is relatively environmentally friendly. Once purchased, an assisted living community can use the system for several years before needing to replace anything. Morrison explained, “once a community purchases the system, it’s theirs. So all you need is a little adhesive on the back so you can switch it from room to room pretty easily.” He went on to comment on the product’s lifespan, “With the sensor, it is a little bit difficult to gauge, but certainly lasting more than [a] two-month span and looking more [toward a] 2-3 year span. And the lights are LEDs so they will last for a long time.” 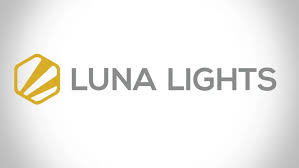