Looking at the Sun with New Eyes

Flex is an Argentinian-based company that sells solar energy products (like solar panels and solar collectors) for houses, businesses or companies. However, the innovative aspect that differs the company from others is that they adapt these products to the circumstances of each household, business or industry by selling them in different kits. For example, if the client lives in a remote location like the countryside, then Flex offers them the Flex Solar Plus kit that is specially designed to supply energy in places where there is no electricity grid. In doing so, the innovation tackles SDG number 7 called “affordable and clean energy”, SDG 11 called “ Sustainable cities and communities” SDG 12 called “Responsible consumption and production” and SDG 13 called “Climate action” because it promotes the use of solar energy, which is a type of renewable and sustainable energy that doesn’t pollute, and it allows the consumer to save money by using energy in a more efficient and conscious way. It also tackles SDG number 9 called “industry, innovation and infrastructure” because it promotes sustainable industrialization and fosters innovation.

Solar energy is not a new idea. Many people and businesses use the sun as an important source of energy. However, this happens for the most part in developed countries or in important businesses and prosperous households. Emerging countries and people with less resources can tend to look at renewable energy as a utopian reality that is very out of reach. This is where Flex comes in, offering affordable kits composed of solar energy products like panels, batteries and collectors, that can adapt to each client’s specific needs, providing a personalized service to consumers. This is innovative because most energy companies focus on selling energy-intensive companies that pay large sums of money. This way, small clients don’t have as many possibilities to acquire these products because they can be seen as unattractive, since producers prefer large investors who pay much more money. As a consequence a niche is unattended. Flex wants to focus its reason to exist on forgotten households and businesses with smaller consumption, whose needs are not being met. It also seeks to improve society by encouraging the use of renewable energies but with a different and quite innovative approach.

For these reasons the company satisfies the seventh SDG called “affordable and clean energy”. Flex ensures universal access to affordable, reliable and modern energy services. Increasing substantially the share of renewable energy in the global energy mix for everybody to obtain a more sustainable society, which is critical for health facilities. The global situation will only improve if small households also have access to renewable sources of energy. SDG number 9 is being met, which is called “industry, innovation and infrastructure,” as Flex is constantly investing in research and innovation for finding lasting solutions to social, economic and environmental challenges. In this case the challenge is to attend a forgotten part of society that is unable to enjoy the benefits of solar panels.

This way, Flex is innovative because the focus is on understanding the client as best as possible and trying to find a solution for each consumer. Flex participates in the energy of the future and makes a deep study of customer needs and available technologies. And as a result, offer solutions that combine an individual’s necessity with the technology available, ensuring sustainable consumption and production patterns satisfying the twelve SGD called “responsible consumption and production” by envisioning sustainable production and consumption based on advanced technological capacity and resource efficiency. 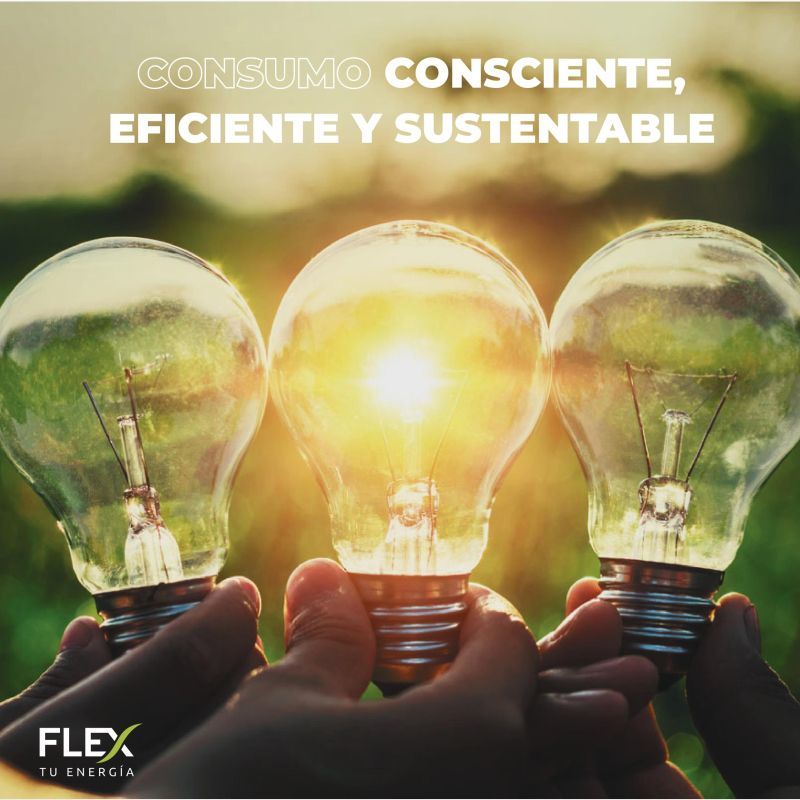 The founder and president of Flex, Juan Bosch, studied a degree in Law at the Austral University, in Argentina. He dedicated himself specifically to public, administrative and constitutional law, wrote articles in law journals and taught constitutional law. At the time, he was really passionate about the work he was doing, but after some time working for the energy consulting business, he felt that it was time to innovate, to look for solutions for the energy sector’s problems, and energy became his new passion. Juan believes that whatever your degree is, it shouldn’t define your goals. “It is good to be a bit of a visionary, a bit of a philosopher”

They saw the gap of solar energy use and development between other countries and Argentina, where it is practically not used even though the number of hours of sunshine on an annual average is enormous, so it has great potential. Juan mentions that most businesses in Argentina know about renewable energy and its benefits, but they see it as an out of reach ideal, so they keep working with regular energy like diesel power plants (which are far more expensive) just because no one has really explained what the alternative is, and they want to change that. This relates to the ninth SDG of industry, innovation and infrastructure and the twelfth SDG of responsible consumption and production.

The purpose of creating Flex was “to bring near the solutions available in the world and make them much more tangible and, above all, much more accessible to those who need them.” They seek to give confidence that solar energy really works, propose a solution that does not stifle financially, convince and accompany their clients, which relates to the seventh SDG of affordable and clean energy as well as to the eleventh of sustainable cities and communities. In short, to make renewable energies more real and less utopian.

The biggest impact will be that gradually, instead of having a few centralized companies with control of the source of energy production, it will be democratized. There will be many small energy producers interacting and, as a result, a much more interactive and less unidirectional user network. Concerning the environment, what is pursued is to produce energy with raw materials that do not run out when they are produced. The big change will be a lower amount of greenhouse gas emissions and a much more limited use of non-renewable resources.

In the short term, a huge impact can be seen on each new client who begins to appreciate how a solar power plant operates, seeing the sun rise and visualizing the production of energy on their phone or computer. The most immediate effect is that of empowering people in the aspect of controlling their energy. On the other hand, in the long term there will be a much smarter and more sustainable use of energy depending on legislation and policies. There will also be a more democratized use and control of energy causing a more distributed future.

The impact of companies like Flex, in addition to offering a new and little-known solution, is an alternative to provide better education in this topic since its benefits are not well-known and considered. The fact that each consumer becomes a generator of their energy and that they are able to take their own dominion over their energy, changes the whole perspective of our relationship with clean energy. Flex’s impact is the fact that it brings a different and innovative solution for its clients.

Flex emerged in 2018 and although it has been incorporated recently in the energy industry, the company has achieved each year a larger clientele which is reflected in the fact that they have more than 200 installations throughout the country (Argentina). The growing company has five employees.

In the early days of Flex, they started for many months to produce a lot of energy and therefore made a big investment in order to understand the customer, which is stated as one of their values. However, they carried it out in an overstated way, so it was difficult to slightly refocus. Nowadays, that focus is still there, they continue to understand what the customer really wants but in such a way that does not harm the company, since then, Flex expanded by installing more than 3,000 solar panels. Consequently, this demonstrates the company's great ability to adapt and seek new ways to grow and advance.

In the future, they intend to have greater expansion, in fact, Flex has already begun to function in several Latin American nations, as well as growing in the foreseeable term into other continents such as Europe, notably Spain. They also intend to continue improving and strengthening the company's technology in order to improve efficiency.

Flex is a corporation that has produced a number of ecologically friendly initiatives.

During the interview, Juan tries to explain to potential customers that there are other options, aside from coal and other fossil fuels while emphasizing that implementing coal in the energy process will result in it turning into ashes. As a result, making a second use of this material impossible, as well as having a negative impact on the environment due to causing pollution gases expelled. He explained that the same occurs for natural energies, because although they have a lower impact on the environment, users are taking advantage and self-interest from a source that can be exhausted, in other words, a consumable source.

However, Juan highlighted: “when Flex use water, wind, or sun, they do not risk losing any properties for the purpose of generating energy”, the primary reason being that these sources do not suffer alterations or even disfigurement, and thus the amount of wind or sun that may be present in a given location is not influenced in any way through the use of these natural resources for obtaining energy. Furthermore, we can observe that it is suitable for the eleventh SDG because its proposal focuses on trying to promote sustainable cities and communities as in this specific case due to the fact that they save more than 900 tons of CO2 per year, the equivalent of planting 900,000 trees per year.

It is also worth noting that this results in significantly lesser emissions, a smaller greenhouse effect, and a decreased contribution to global warming, and in this way, enabling them to carry out SDG number twelve consisting of having a responsible consumption and production as renewable energy can also boost the economy. They provide a lower risk of fuel spills, less reliance on imported fuels for energy and greatly strengthen our energy security. The clean energy industry is much more labor intensive than traditional energy sources and creates jobs more easily. 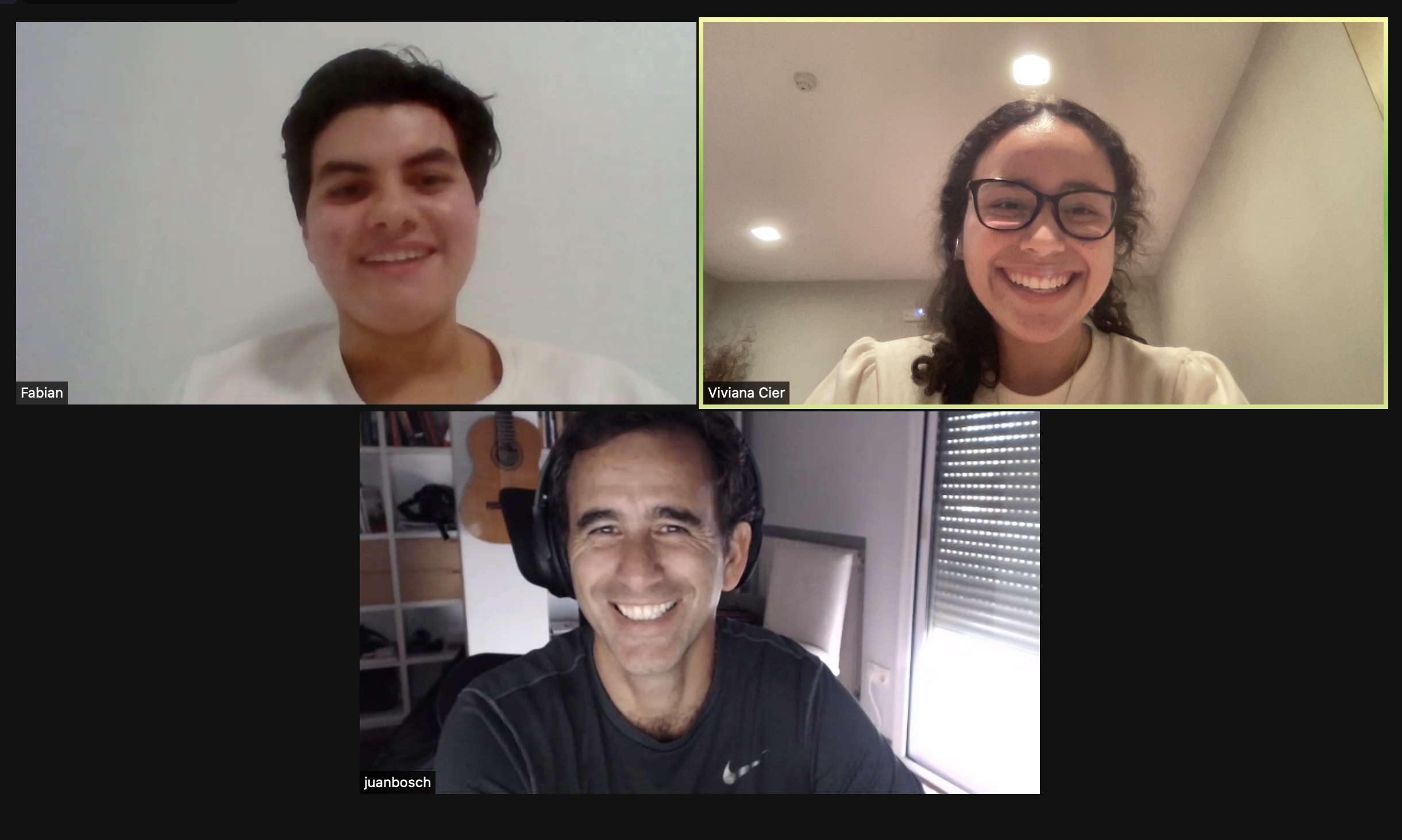 Flex is a sustainability-driven company founded in 2018 that sells solar energy products (like solar panels and solar connectors) to small consumers focusing on their specific needs. They propose a more convenient, conscious and sustainable consumption of energy for households and businesses in Argentina and now also in Spain. Their mission is to accelerate and promote the world's transition to sustainable energy.