Hydroponics is a sustainable alternative to traditional farming. The method used nutrient-enriched water rather than soil. This saves water and energy, protects the soil, and does not require pesticides. The small family farm “Happy Harvest” is growing premium quality plants all year-round in a sustainable manner that takes care of the environment. Their products are sold at the local farmers markets in Denville and Montclair. Our tip: Check it out! Each one of us can have a positive impact by shopping local!

Happy Harvest Hydroponics Farms was created in 2014 by Cris Tuhy and her partner Guy Botticelli and uses a different system than natural farming that is more sustainable for the environment. Using nutrient-enriched water instead of soil has proven to be beneficial to this company and what they want to accomplish. It also allows them to grow their greens in a smaller area that can be managed with fewer employees than a traditional farm. This growing method uses a pump to supply a shallow stream or film of nutrient-enriched water directly to the roots of the plants. The channels that hold the water and plants are positioned at an incline allowing gravity to return the unused water and nutrients to the reservoir. This is a continuous cycle that stops only for a few minutes daily to adjust the pH and nutrient levels. The water system is not their invention. It was actually created long ago by the Aztecs and Babylonians. Happy Harvest got their ideas and materials to create their hydroponic farm from the company “American Hydroponics”. It involved a big start-up cost for the family, which is why they only purchased channels from “American Hydroponics”. Everything else they need for their farm is built by themselves with different resources.

The family is using another company in their own way and hand-crafts their own infrastructure from different sources to grow things in a small area. In our opinion this is really innovative and inspiring. They can grow a lot of greens closely in a small area because the plants do not have to grow large roots to look for the nutrients. This method increases profits in a small area. And even though hydroponic farming is tough, it is not as tough as traditional farming for this family company.

The innovation emerged because of Cris Tuhy's love for farming and gardening. Her mother and grandfather were both gardeners as well and she had loved being a gardener her whole life. The hydroponic farm was created and is operated by the family consisting of Cris, her partner Guy, her mother, her son, and their dogs. Cris and Guy are at the farm almost every day of the year and Cris's family is often there as well to help with the workload.

Cris and Guy made us understand that they are farming to provide healthy food for the community and are not interested in mass production. They like to produce the greens the right way and make sure they are as fresh as possible for the customers who trust in them. Cris only sells her produce at farmers markets that are not too far from the farm. They have no interest in selling to big supermarkets because they know that many consumers want to know their farmers and the origin of the products they eat. Furthermore Cris also wants to talk directly to the people who buy her products.

This priority reflects the mission of the company and what they stand for. “Selling to a distributor or chefs is not as rewarding as talking to the people every week.” Cris´s products gets seeded and harvested on the farm and are freshly sold at the farmers market. There is no middleman. Cris is the beginning, middle, and end in this local value chain. 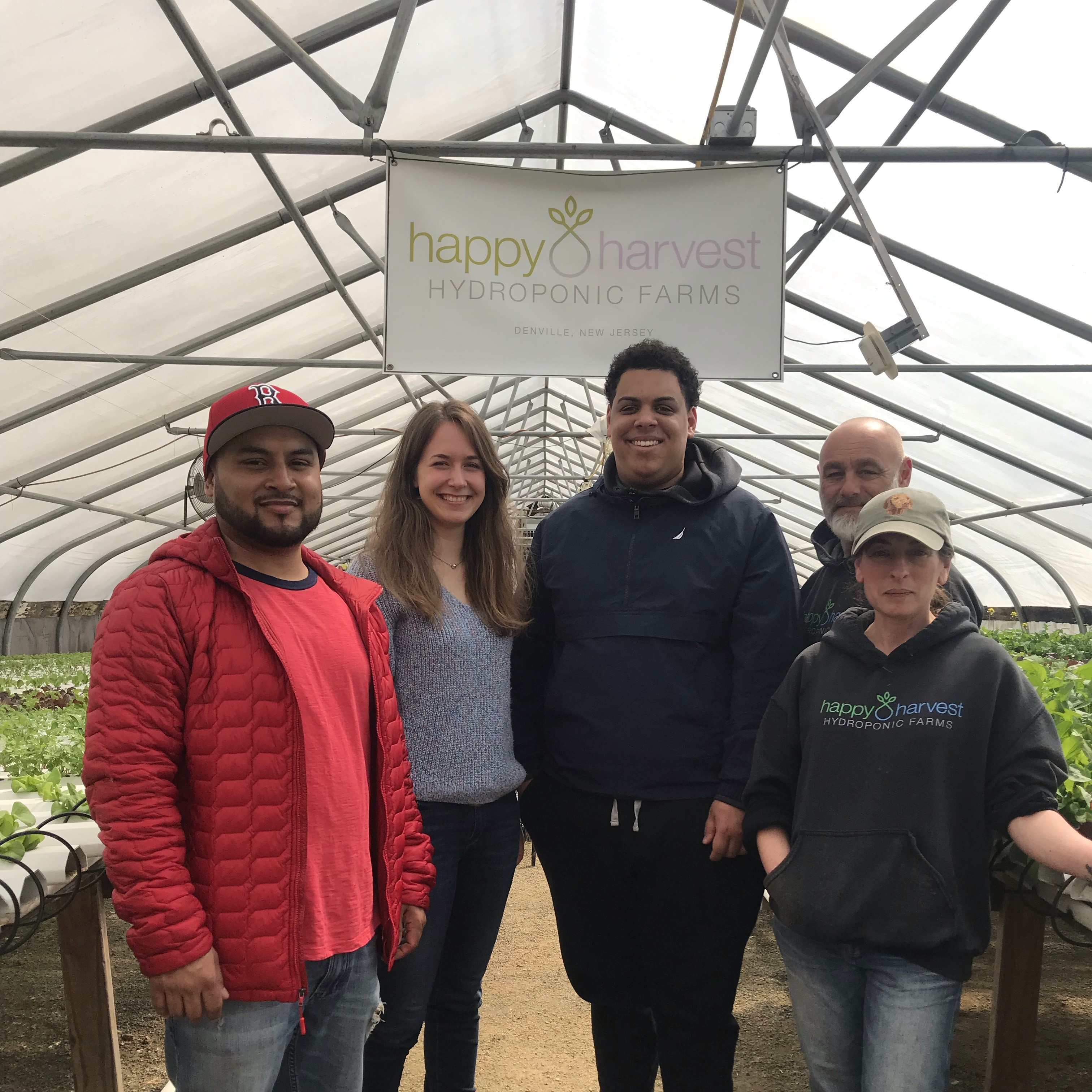 Cris and Guy want to do the right things for their community and the mission they wish to see through. They have always wanted to contribute fresh, healthy greens to the community where consumers can say they know where and who it came from. The main motivator for them is the health of the local community and not the profit.

The Hydroponic farming is easier and more sustainable than traditional farming, but Cris reassured us that it is still not easy and their small team works very hard to make it all work. It is great that this is what Cris wants to do and enjoys doing it. We asked Cris about what a typical work week looked like and she said, “We are at the farm by 6:30 am. At normal days we are out of here by 12 but on tour days we are here till 1 pm. And then Thursday and Friday is a long day. We are here by 6:30 and we harvest till its too hot. And then we set up for market when we get home. And then we leave the house at 5 am on Saturday to get to the market and then we are back by 4:30 or 5 pm on Saturday. And then we have to set up for the next market on Sunday. It’s a lot. We are busy but we enjoy it. We really do. As long as I can keep doing it, I keep doing it.”

During the interview we could feel how much Cris loves what she is doing. “ I love to do this. I love to go to the markets”. This is her motivation to keep going. Cris and Guy are proud of what they do and are very passionate about their products and the people they supply. This passion, and not just the attempt to make money, is highly related to their mission and purpose of producing fresh and healthy greens.

Happy Harvest became very respectable in their local neighborhoods and community. Like Cris said, it is important for people to know where their food is coming from. They established many trusted relationships with consumers and the numbers are rising. The community loves the produce from Happy harvest because it is healthy and very fresh. Cris told us they do not even deroot any of the produce. They let the consumers do it at home before they eat it to maximize freshness.

The innovative practices of Happy Harvest farms have a positive impact on the environment because the business uses no artificial lighting and only needs about 50 gallons of water a day. “It's less than an average American uses in a day. And we have about 12.000 plants in this greenhouse right now.” For us it was just crazy to believe that this is possible. Furthermore they do not use any soil, which prevents the adding of fertilizer to the ground, the drain of chemicals in the event of rain, and their evaporation back into the sky.

The short term effects of this company are the customers they attract regularly at the farmers markets. A long term effect is their trustful relationship with families in the community and people that are constantly coming to the market to buy their greens. The demand for their produce is further increasing. They are moving soon to a bigger greenhouse where they will be able to keep up with the demand and grow more.

Happy harvest is very efficient because you can fit many plants in a very tight space. Plus it’s a constant cycle all year round. Regarding the working conditions and maintenance of the farm, “there is no weeding, there are no pests, there is no bending over. We are harvesting at a table and not on our knees. This practice is a lot easier and more sustainable for the farmers.”

Their system and the nutrient technique is most suitable for small greens like lettuce. But there are numerous other systems that are appropriate for tomatoes, berries or peppers. When they move to the new greenhouse they want to experiment with more varieties, like vines, tomatoes, cucumbers and strawberries.

Even when an accident happens (a defective heating or cooling system), many plants can recover when you just plug everything back in. It is very different from other farming practices.

Hydroponic farming cannot overtake traditional farming but it is a really good and sustainable alternative which is being used more and more around the country. The story of Happy Harvest Hydroponics can influence other farmers to start hydroponic farms.

To the question how each of us can have a positive impact on the environment and the society Cris replied “shop local and know your farmers. Know the reasons why it is a positive thing. Eat well. Eat local. That’s a really huge thing you can do.” Shopping locally benefits the community much more than big companies who also grow their carbon footprint by mass producing and mass transporting their produce around the world.

Another challenge the sector is facing is that less people want to be farmers. “Sadly our farmers are aging out. The average age of a New Jersey farmer is 59 years. They got to get more young people, and this is a cool way to farm. And it’s not nearly as hard as soil farming.” She acknowledges that there is a larger initial investment but also that it pays off by preserving the communities. “That’s a huge part for me personally.” Happy Harvest uses their resources more efficiently and creates a more sustainable environment in their community.

Hydroponic farming can be adopted nearly everywhere. Cris rates hydroponics as a great opportunity to provide local food in cities. “There are a lot of rooftops now. (...) And it is a great model. There is dead space that is now producing food, it's fantastic.” Regarding the increase in population and food demand and tougher farming conditions due to climate change the coexistence of hydroponic and traditional farming will play an important role in the future of agriculture. 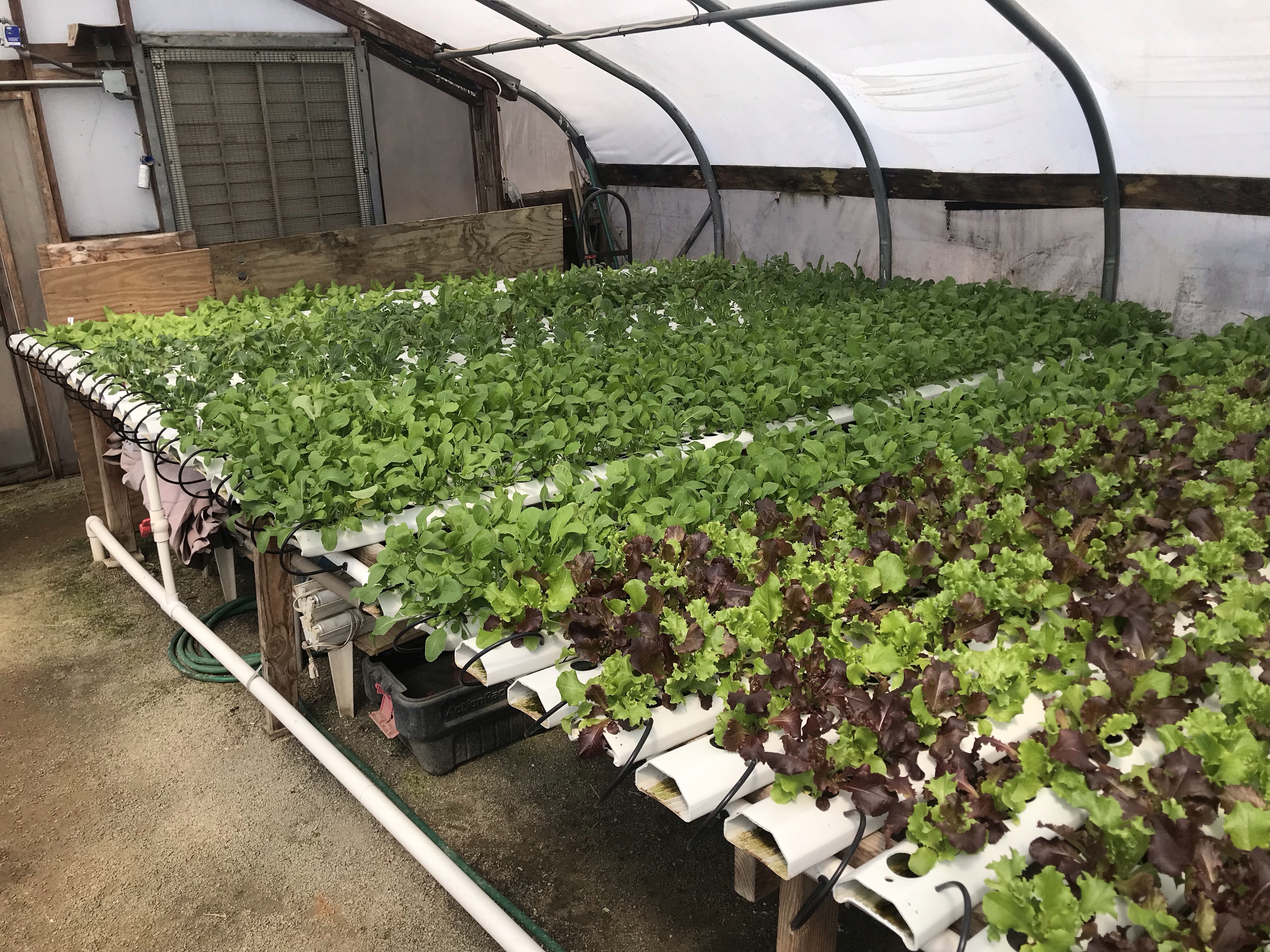 For our story we decided to interview Cris Tuhy from Happy Harvest Hydroponic Farms in Denville, New Jersey. Hydroponics is a sustainable alternative to traditional farming. The small family farm “Happy Harvest” is growing premium quality plants all year-round in a sustainable manner that takes care of the environment. Their products are sold at the local farmers markets in Denville and Montclair.