Let the Sun do the Work

The implementation of solar panels decreases our dependency on power generated through nuclear plants or coal. This allows us to produce green energy using natural renewable energy.

The innovation is a new technology called solar cells, or photovoltaic cells, which are used to harness sunlight that can be transformed into electrical energy within the solar panels. The company takes the area of the roof and decides how many panels can put on the roof practically and figure out what building usage can be generated using solar panels.

The company's energy specialists are certified with Leadership in Energy and Environmental Design® (LEED), the American Society of Heating, Refrigerating and Air-Conditioning Engineers (ASHRAE), and the U.S. Environmental Protection Agency’s ENERGY STAR® program. 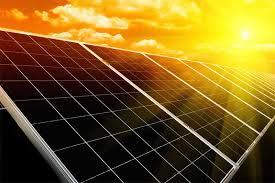 The company started to create and install solar panels around 15 to 20 years ago. At the time, the technology itself was not advanced enough to be cost-effective and efficient enough to produce the electrical and economic output they were looking for. However, as innovation is happening, solar panels are becoming very efficient and cost-effective. This efficiency is due to the cost of the panels going down and the ease to implement the technology onto the roofs of the consumers as well as new processes to increase the amount of sunlight that can be used, converted, and stored for usage.

Their biggest purpose for implementing solar panels was to supply buildings with green energy. They were motivated to try to decrease pollution. Ten to fifteen years ago, consumers were hesitant because of its high costs which meant that payback could take up to 15 years to obtain, but because of the cost going down, payback has come down drastically to around 8 years. Yatish Sharma, senior associate and head of electrical engineering says, “The reduced payback period is one of the biggest boons of this innovation.”

The impact that has been felt through the innovation of solar panels and the new technology of photovoltaic cells is astounding. More people are using clean, solar energy as their main source rather than using coal or natural gas.

Through this innovation, the average New Jersey family can buy these solar panels and save money both in the short term and the long term, with the added bonus of helping the planet in the process. In addition, companies create win-win situations for themselves by reducing their emissions and payback period.

Bigger agencies (such as the government and the like) can afford to buy more than just a standard amount. They have higher emissions on average, leading to increased costs, giving them an even greater reason to buy affordable solar panels.

In fact, governments in big cities such as New York City are pushing for measures for developments in buildings that conserve energy. Yatish Sharma adds, “In the next 5 years, this will become the day-to-day routine system which will be implemented throughout building development.” He provided an example of its impact by stating that one project he worked on in Jersey City spent $246,000 to install solar panels. They recorded that they were able to generate more electricity than the company predicted and their payback was 5 years instead of 8 years.

The effects of solar panels are easy to observe. In the short-term, the cost of the project increases so whoever is financing it has to be prepared to put in more money.

If they are installed correctly, then in the long-term, customers and businesses will see a decrease in their energy bill and standard carbon footprint, mainly because the sun is extremely good at dispensing free energy, and a lot of rebates from the government. This is done with reduced emissions and an energy-efficient installation that will keep things clean. Also, solar panels are increasing in residential areas and inspire many families in New Jersey to install them on their roofs. 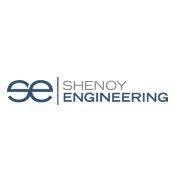 Shenoy Engineering, P.C. has a reputation for delivering engineering excellence through its commitment to innovation. Its passion for green energy is demonstrated through the implementation of solar panels.