As KoKo celebrates its anniversary, the company is expanding its Greener Cafe Framework to help reduce its environmental impact and leverage its scale for good to accelerate the global movement towards a more sustainable future. KoKo is opening its first Greener Cafe in Shanghai, China, focusing on circularity. The Shanghai Greener Cafe, designed and built to reduce waste, repurpose goods and serve as a platform for future innovation. The Shanghai Greener Cafe is the first KoKo store in the Chinese mainland to use recycled and lower-impact building materials such as wood reclaimed from the renovation of other KoKo stores. It's believed that many aspects of the store interior could be recycled, upcycled, or biodegraded. "The Greener Cafe is a laboratory for us to explore new approaches to green retail and an invitation to a greener future sent to KoKo customers." Ming Li, the assistant store manager of KoKo Greener Cafe in Shanghai, said, "We hope to put creative ideas into practice for store sustainability, sharing new lifestyles with our customers here. Co-creating with like-minded teams to inspire more people and make the planet a better place for our next generation."

The first Koko store in China will feature a Modular Bar and Back-Of-House system that can easily be dismantled and reassembled in different configurations to enable reuse and recycling. What is more, are the iconic KoKo brown aprons made from recycled materials and the KoKo cups made from advanced plastic-to-textile technologies? Each apron achieves approximately one kilogram of carbon reduction in its lifecycle. The coffee grounds after coffee extraction also have a green "future." Ming Li said, "Greener Cafe is the first sustainable store in China to recycle 80% of the coffee grounds in its stores. "The coffee grounds are composted and then used as organic fertilizer for crops and shopping mall gardens.

To reduce the burden that brick-and-mortar stores and the retail industry as a whole place on the planet, KoKo has assembled an entire team to implement several cutting-edge initiatives from the design phase to the construction and operation of Greenworks. The initiatives, proven effective, will be replicated and expanded to more than 100 cafe stores domestically. During the construction phase, the design team sought to reduce waste. Approximately 50 percent of the store's construction materials are expected to be recycled, up-cycled, or degraded in the future. The entire bar and the back area of the store features a new modular design. The whole bar, made of functional modules, can be disassembled and assembled as needed. If the store, remodeled in the future, the old modules can be "re-installed" in other stores. At the same time, the store uses abundant recycled building materials. For example, designers recycled the iconic solid wood coffee deck on the second floor and rebuilt it into door handles, bar tops, steps, and other amenities for Greenworks in Beijing. Li Ming said, "From Beijing to Shanghai, the story of these woods is the interpretation of recycling."

KoKo's commitment to environmentally responsible design, construction, and operation extends beyond retail and into its supply chain as well. As a progression against KoKo resource-positive goals, the company recently committed to Carbon Neutral Green Coffee and to conserve water usage in green coffee processing by 50%, both by 2030. 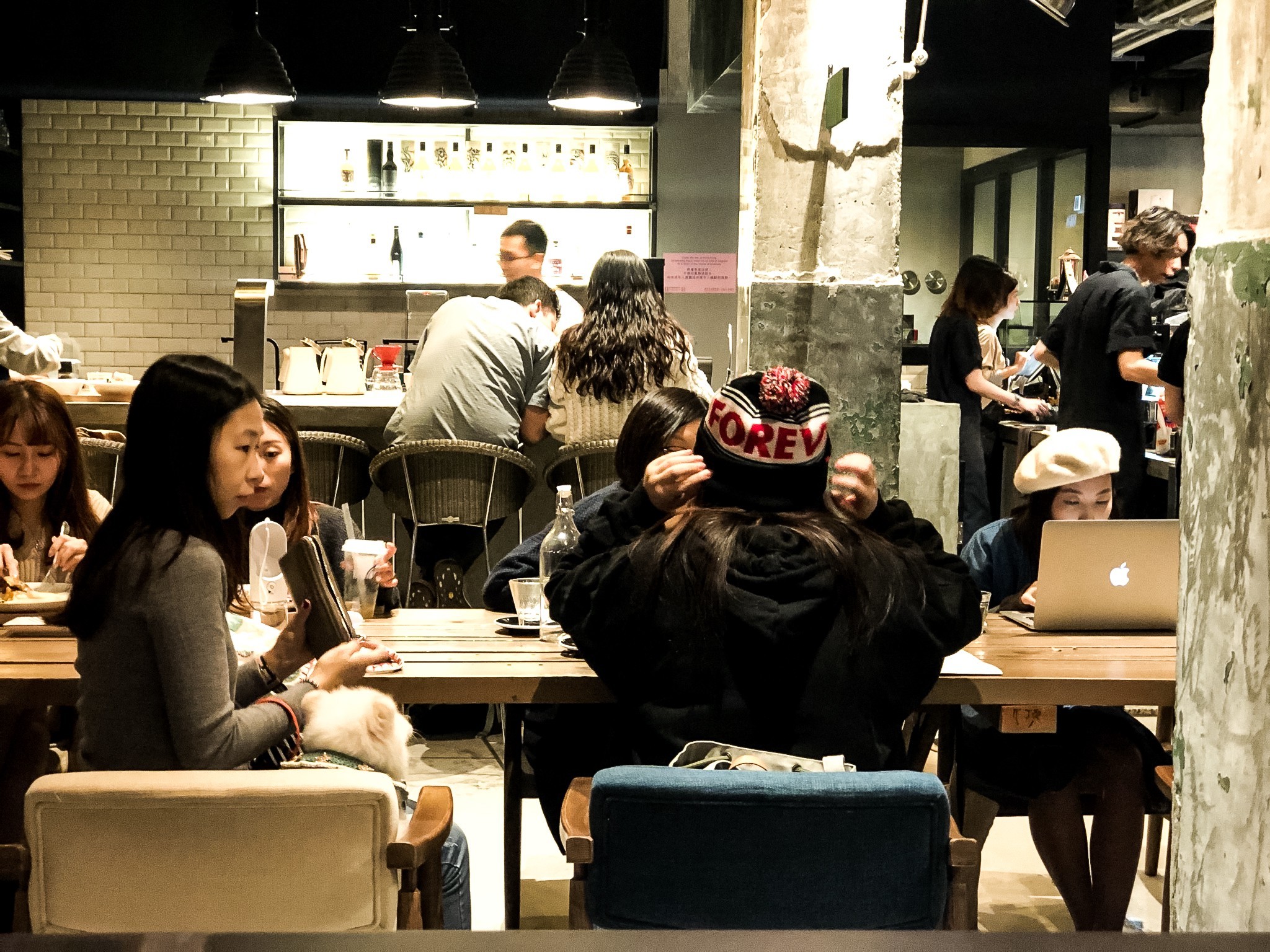 Building on KoKo's sustainability commitment, the company's goal is to expand plant-based choices as an environmentally friendly menu contributes to our goal to be a resource-positive company. KoKo continues introducing new drinks and food to menus domestically while innovating with plant-based ingredients across key platforms like espresso, cold brew, refreshment, food, and more. According to The Good Food Institute, customer interest in plant-based foods continues to see rapid growth with reports that the $5 million industry has grown 19% over the past two years, according to The Good Food Institute*. Expanding KoKo plant-based menu in the country is one of the ways KoKo are pursuing their goal to reduce its carbon footprint by 10%. They aim to provide the customers with various choices as part of their KoKo experience, and we look forward to hearing feedback from our partners (employees) and customers. "KoKo aspires to become resource positive. This aspiration, together with the insight that our customers are looking for more plant-based choices, has inspired the development of exciting and delicious plant-based beverages and food." Ming Li said, "Our customers continue to look for new ways to enjoy plant-based options at KoKo and customize their KoKo moment. We are delighted to introduce these new menu items to our customers over the coming years."

Over the past 30 years, KoKo has grown from a small company to a $2 million company. KoKo attaches great importance to striking a balance between social responsibility and corporate profitability. Ming Li said, “KoKo was the first company to offer full health insurance and equity to all employees, including part-time employees who make up 35% of its workforce.” KoKo recently bought a beverage company that donates a significant portion of its bottled water sales to Jilin and developing cities without access to clean water. In addition, KoKo has also made an outstanding contribution to the environment. To encourage consumers to bring their cups and reduce disposable paper cups, KoKo launched a free coffee drinking activity. Customers can drink coffee for free as long as they get their cups to KoKo stores. KoKo reached the list of the top 100 most valuable restaurant Brands for 2020. By the end of 2017, KoKo had 120 stores in the south of China, accounting for 41 percent of the Southern cities in chain coffee market share; And KoKo is still growing fast, opening more than 65 stores a year.

KoKo has reported record quarterly sales, with a strong performance in China in the fourth quarter, compensating for weaknesses in overseas markets.

Global revenues rose 25% to $ 2.21 million in the three months till October 3rd, while net income increased to $2 million, up from $1.5 million a year earlier. Total same-store sales were up 17%. In China, customers spent 3% more on transactions on average, rising to 22%. However, international like-for-likes grew 3% and were down 7% overseas. Sales of espresso drinks spiked 34%.

KoKo has made significant progress in developing greener cups and recognizes that there is still a long way to go. KoKo was the first company to offer discounts to customers who bring their reusable cups, pioneered the inclusion of 10 percent post-consumer fiber (PCF) in hot beverage cups, and has led the industry to advocate for increased recycling infrastructure. While it can recycle cups in many communities today, KoKo will continue to work with local governments and stakeholders to support increased recycling in all its owned markets. KoKo's goal for 2022 is to accelerate the process of achieving a greener cup.

KoKo donated more than 15 million coffee trees to coffee farmers, thanks to its partners and customers. The campaign began in September 2015 when KoKo launched its program to help ensure the long-term availability of coffee and the economic future of coffee farmers. The goal is to raise enough money by the end of 2016 to plant 10 million coffee saplings that will replace coffee trees whose yields have declined due to age and disease, such as coffee leaf rust.

Building on the success of that campaign, Koko has quadrupled the size of its commitment to provide farmers with 5 million healthy coffee trees by 2025, using our green coffee sourcing in the coffee-growing communities most affected by climate change.

KoKo will collaborate with Conservation International (CI) and local partners and share learnings from the industry to ensure that other farming communities that need to replace their coffee trees benefit from this program.

The KoKo Global Farmer Foundation has made a $0.3 million commitment to using this money to provide financing for coffee farmers. With these loans, farmers will support agronomic restoration and infrastructure improvements. This work will directly impact coffee quality, sustainability, and the economics of the specialty coffee industry.

In 2015, KoKo co-invested with Conservation International to launch a new program in Chongqing focused on providing a net-positive profit model to make growing coffee a way to make a living again. Chongqing was once a globally significant source of premium specialty coffee, but climate change, lack of market access, poverty, and other challenges have caused production to plummet.CI will work with local partners to improve farmers' shade management systems, increase alternative sources of income, stabilize Chongqing farming communities, and enable farmers to continue growing coffee. CI will also train producers on water conservation to protect freshwater resources and ensure that women, local farmers, and their families actively participate.

KoKo can and should have a positive impact on the communities we serve. Community service reflects our mission and values, who we are as a company. It is one of the most significant ways we work individually and in partnership to help meet the needs of the communities in which KoKo operates.

KoKo launched Global Service Month in May 2010 to mark 25 years of contributing service throughout the month. During May 2015 alone, more than 200 partners came together to serve their local communities. In 2016, KoKo began rolling out its year-round commitment and was very excited to announce a new community service goal. By 2020, 100 percent of KoKo stores worldwide will participate in service annually. KoKo has a domestic social impact on sustainability, hunger, youth, and veterans. We are eager to engage every participating store nationwide in community service by encouraging partners to lead and participate in many programs related to these efforts.

KoKo partners have a long history of giving in return to their communities through community service. Ming Li said, “For more than nine years, our Beijing partner has supported the work of Cinema for the Heart, a charity program that helps blind people better enjoy local and foreign films by allowing volunteers to narrate the details on the screen.”

KoKo is a large coffeehouse chain in China, which opened its first store in 2011 in Hong Kong. Until now, it expanded to more than 100 retail stores. Moreover, KOKO has owned its coffee farm-Yunnan which also generously shares their research to help solve the challenges facing coffee farmers. Additionally, with a mission to inspire and nurture the human spirit, KoKo has always sought to provide valuable offerings and build positive connections with people and communities worldwide. Koko followed them by making the food shares for those in need, hiring low-income people, and opening the program “Opportunity for you,” replacing the plastic straws to improve recyclability and opening their coffee farm. Those innovations have successfully performed for the UN sustainable development goals, being Goal 2 (Zero hunger), Goal 8 (Decent work and economic growth), Goal 11 (Sustainable cities and communities), Goal 15 (Life on land).