TerraCycle's innovation is reflected in several of its programs, including "Zero Box" which recycles nearly all types of wastes, including cigarette butts. The "Bulb Eater" is a system that works to recycle lightbulbs. It has also implemented “Loop”, a shopping method that promotes the reusability of packaging materials, avoiding single-use packaging systems that contribute to problems in waste management.

Tom Szaky was named “Brand Innovator of the Year” by Brand Packaging in 2009. In addition to his innovations in "recycling the unrecylables" and LOOP, he also created “Trash Tycoon”, a video game about repurposing unrecyclable waste, helping to shift the mindset of consumers to one that is sustainable. In 2014, the company launched “Zero Box”, which brought its recycling program to include just about all forms of waste. This caught fire among major retailers including Home Depot, Staples, and Office Depot. In 2017, TerraCycle won the United Nations Momentum for Change Lighthouse Activity Award as well as the 2017 Green/ Sustainable Business Achievement Award by the US Chamber of Commerce, as it continued its expansion.

TerraCycle’s multi-faceted recycling program is aligned with nearly all of the Sustainable Development Goals (SDGs), but more directly, Goal #12: Responsible Consumption and Production, Goal #9: Industry, innovation & Infrastructure and #11: Sustainable Cities and Communities. Its efforts, however, carry over to all of the goals of sustainability. The company is a model of radical innovation that has taken the world by storm and continues to do so, solving the waste and garbage crisis on our planet. 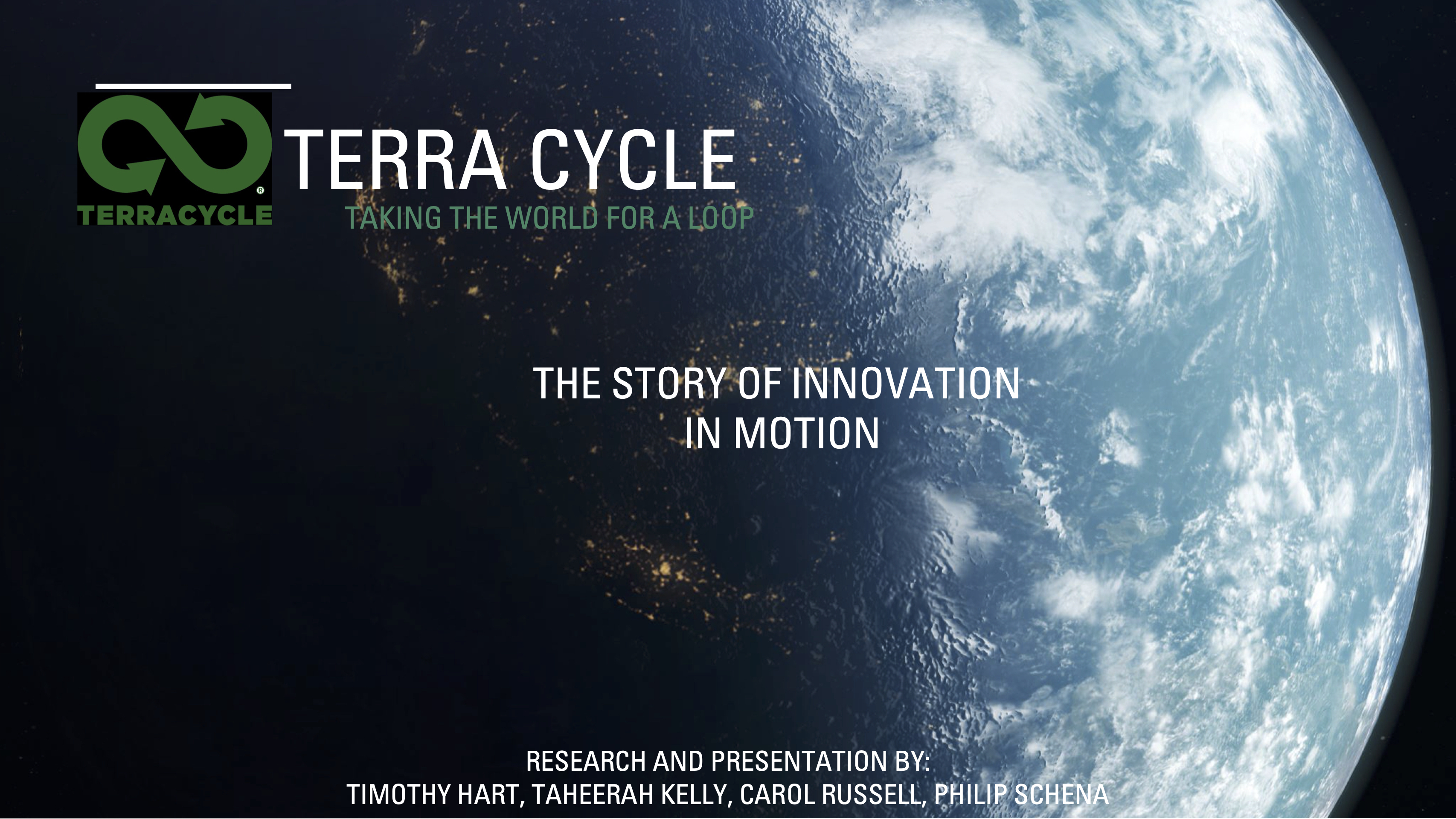 This company was founded in 2001 by Tom Szaky, a Princeton University student who, during a trip, used food trash to fertilize his plants. That led to the idea of making fertilizers out of worm droppings. This started his vision and he decided to follow his vision and left Princeton to make a full-time commitment toward his mission. After draining his bank account, he met an angel investor who gave Tom the initial funding he needed to kick start his business. TerraCycle won the Carrot Capital Business Plan Challenge in 2003 and was offered a $1million award in funding. However, if the award was accepted, Tom would have had to redirect his business away from making products from waste. He stayed true to his mission and declined the offer.

The company’s business model is scalable and companies will likely follow since the needs are great and the model shows a “net positive impact”, increasing economic prosperity while improving well-being. “Zero waste concept is multi-faceted and it is exciting to see how it works in daily life…” points out Shaye DiPasquale, the company’s publicist.

Tom Szaky is a remarkable visionary with “quantum leadership,” setting sustainability goals to which people are irresistibly drawn. The impacts he and his company have made are broad and significant. TerraCycle, with its humble beginnings of worm droppings to its unimaginable success, has indeed, taken the world “for a loop.”

This innovation benefits the business because it moves away from a linear economy, which leads to waste. Instead, it creates a circular economy that sustains a business model that complements the health and sustainability of the natural environment.

TerraCycle supports a culture of well-being in the community, workplace and within its customer base, creating a “full-spectrum” flourishing that is likely to continue to spread to all sectors of society. It benefits society and the environment because it addresses a serious problem in waste management and pollution. Its circular approach steers the consumer mindset toward sustainability.

TerraCycle is a for-profit company based in Trenton, NJ, that recycles items typically thought to be non-recyclable, “turning what people normally consider trash and turning it into something that could actually be marketed” (Shaye DiPasquale, Publicist, North American Public Relations, TerraCycle, Inc.). It has taken its innovative solutions to serve globally and continues to gain tremendous support as well as distinguished awards year after year, for taking on the crisis of trash and overstuffed landfills.