Hotel con Corazón offers socially conscious travelers the opportunity to stay at a boutique hotel in developing countries, and as they have a wonderful experience, they allocate their profits to funding educational projects to allow at-risk children to finish their basic education. They believe, as Nelson Mandela said, that education is the most powerful tool against poverty, so their mission is to reduce poverty by reducing school dropout rates in the communities in which they are active in Latin America.

Onno Oostveen and Marcel Zuidhof co-founded Hotel con Corazón in 2006. When they decided they wanted to contribute to the world, after working 15 years for their bank accounts, they decided they should be working in a Spanish-speaking developing country. This is when they chose Nicaragua, as it is one of the poorest countries on the American continent. Also, they did not want to depend on donations for the rest of their lives, so they decided that a social enterprise was the solution for a sustainable way of financing education for poor children. 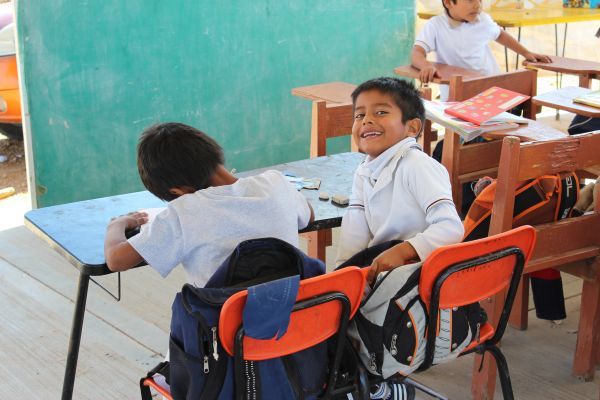 Kids in Granda, Nicaragua, happy with the education they are receiving.

It all started in 2005, during a trip that the founders took to South Asia. The founders saw the great impact that poverty had on cities, as they saw many different examples of poverty during this trip, so they started to analyze what they could do to help with this issue. In addition, they realized how lucky they were to have every opportunity that helped to develop themselves and made them become the individuals that they are now. For this reason, they decided to help others.

They decided to use all their resources in the best way possible by creating education projects that were sustained through a social enterprise. As stated by Marcel Zuidhof, co-founder of the project, “When we were searching for a sustainable source of finance for education projects in Nicaragua in 2006, we thought immediately that a social enterprise should be that source. We saw that tourism offered opportunities, so a hotel seems a logical choice."

Again, the Hotel con Corazón offers travelers the opportunity to stay in boutique hotels in countries in development. With their stay, the innovation funds educational projects for children with low resources, in order for them to finish school and create a more educated society.

Education has great impact on the world that surrounds us because it is the main tool that allows people to learn, gather more knowledge, develop new skills, and then have a strong and well-argumented voice in the environment; all this will guarantee a prosperous and positive effect on the society as a whole. As Marcel Zuidhof, co-founder of the project, stated: “We believe—as Nelson Mandela said—that education is the most powerful tool against poverty.” Then, their goal is to reduce poverty by reducing school dropout rates in communities within countries with low resources (they attack the poverty problem from its root, which is lack of education). Their purpose is to help children from poor countries to achieve better opportunities in the future, and for education to become an essential process in every community.

Since the Hotel con Corazón became active, more children started attending primary and secondary school. Furthermore, education has become an important element in the lives of the families that live on this communities, as is seen in the community of Granada in Nicaragua.

Marcel Zuidhof stated that, “The community in Granada, Nicaragua (where we are active since 2009) has seen a massive increase in school children and an increase in importance that parents give to education."

Hotel con Corazón includes in all its communications that the profits are invested in education in local communities. Travelers in countries in development value the hotel's mission greatly. "It means that over 10 years in Granada, Nicaragua, we have been more successful than our competitors with higher occupancies. In the first 9 months of the second hotel (in Oaxaca, Mexico), which was opened in June of 2018, they have seen exactly the same: tourists love the concept of contributing while sleeping in our hotel." So again, they are outperforming their competitors. Because the business funded educational opportunities in the towns with low quality of education, the communities have witnessed several positive impacts.

In general terms, the business increased motivation for learning, facilitated access to higher quality of education, increased awareness of entrepreneurial opportunities, provided better jobs for those who participated in the programs, improved infrastructure and facilities in communities, and increased the value that parents gave to education.

Specifically regarding their program in Granada, Nicaragua, since the start of the program in 2009 to 2016, about $380,000 has been invested in education, 700 kids have finished school, and 89 jobs have been provided to those involved in the educational projects; all this while serving 40,000 guests. In addition, up to 2016, a total of 414 children have participated in tutoring classes, and 14 secondary and 29 university students have received scholarships. From 2012 to 2016, of the 29 scholarship recipients, 7 have graduated and are working. In general, 71% of all students that participated in the tutoring programs are still studying (65% of the girls, 76% of the boys); 19% have stopped, and for the remaining 10% they were unable to find any information. The number of secondary students has increased dramatically. Students used to have to travel into the city to attend secondary school. Due to increased enrollment, San Pablo school has started offering Saturday classes for students.

Additionally, Hotel con Corazón, together with other NGOs (Opportunity International, Casa de La Mujer, CociNica, Clinica Apoyo) has played a role in the improved infrastructure and maintenance of the schools. Through these partnerships, they strengthen their own work and support each other on various projects to reach the wider community. The community now has its own clinic and a factory that provides jobs producing safer and more environmentally friendly stoves.

The project's next ambition is to conquer the world. Hotel con Corazón aims to open 10 more hotels in the next 10 years, all based on the same concept: offer an exceptional stay and obtain fair benefits to invest in education. Currently they are in the process of fundraising for the development of their third hotel in Rincón de la Vieja, Costa Rica, and for their fourth hotel in León, Nicaragua. By 2028, they aim to have supported over 5,000 children finishing school through 15 hotels in Latin America, serving over 100,000 guests.

Considering the influence of the innovation on its society, the community in Granada, Nicaragua, has seen a massive increase in the number of children receiving educational services. In addition to this significant growth, parents have changed their perspectives regarding education, giving more importance to the acquisition of knowledge and skills for their children. With respect to the short-term impact, now more children attend primary and secondary school than before, while in the long term it can be seen that education has become a very important factor in the lives of the families of the community.

A concrete piece of evidence suggesting that this impact has actually occurred is the fact that the government representatives of the region started to offer high school in the same town 3 years ago, facilitating learning for the children of the community and making it more accessible. Before that, the children had to travel 1 hour to high school in the most developed town, which was very difficult for them and their families.

Taking into account the environment, the impact of the innovation in the natural perspective is limited. The business leader mentioned that their focus relies primarily on education for the poorest part of the society, not on the environment, so, as they are not an eco-hotel, they present no explicit environmental policy. However, they do separate and recycle waste, use environmental friendly detergents, use energy-saving lamps, and undertake other activities aimed to protect the environment (there is no need to be eco-friendly to help the environment). 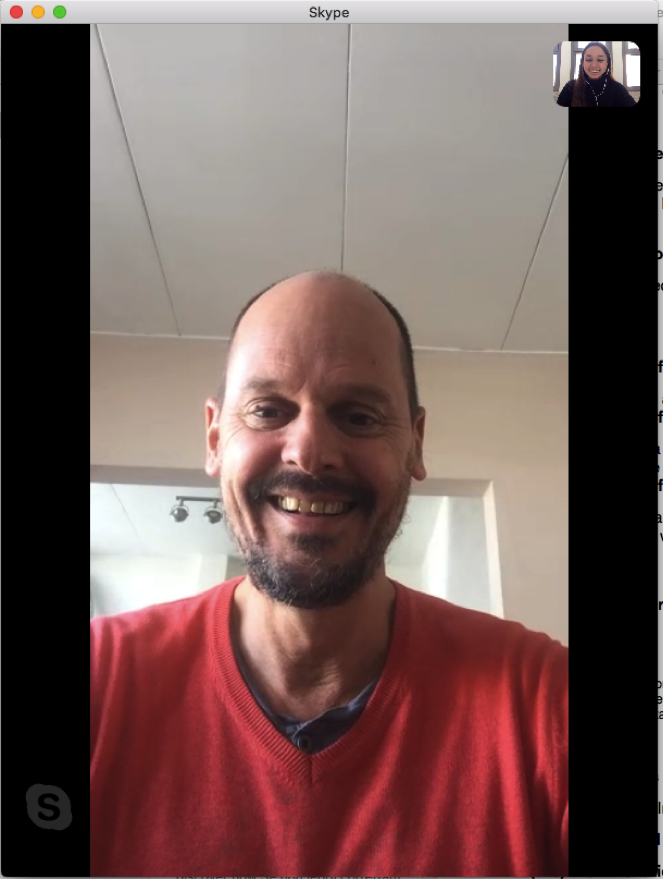 Hotel con Corazón offers socially conscious travelers the opportunity to stay in boutique hotels in developing countries. With the profits from their stay, the company funds education projects in Nicaragua and Mexico so that at-risk children can finish school and there is more educational access.