Women in society struggle against the forces of inequality. At home, in the workplace, and in society, women are continuously faced with inequities. IKEA Switzerland realizes the benefits of women in the workplace and in positions of responsibility.

Women in society struggle against the forces of inequality. At home, in the workplace and in society, women are continuously faced with inequities. In the home, women spend more time raising children and maintaining a family than men. At work, their pay and work conditions are generally worse than those of men. Fewer opportunities are given to women than men in civic society. In Switzerland, all women were finally able to vote after Appenzell Innerroden became the last Swiss canton to grant women the vote in 1990.

IKEA Switzerland realizes the benefits of women in the workplace and in positions of responsibility. IKEA realizes clearly that the bell curve for women and men is the same and there should be very similar numbers of men and women throughout the company. Jobs at IKEA in home furnishings sales, interior design/visual merchandising, customer service, safety and security, cashiers, facility management, warehouse receiving, stock replenishment, and child play area supervision all carry equal weight between men and women. Ignoring the skills women bring is ignoring half of society.

At IKEA, there were about only eight women out of the 200 top management positions of responsibility globally 13 years ago. This was clearly not in accord with IKEA’s egalitarian values and hence had to be addressed. Today, the ratio is nearly 50/50 between men and women and the degree of diversity among its workers is significantly greater. It is important to note that this change is not based on tokenism, but rather accepting that all humans are equally competent.

For many years, posts of senior responsibility at IKEA were assumed to be in the hands of men. This was the norm. Women in posts of responsibility were rare and often alone in the room. IKEA adapted three initiatives: IKEA Group Diversity and Inclusion Approach, IWON, and IKEA Group Gender Equality Plan to rectify this inequality not only in Switzerland, but globally.

IKEA Group Diversity and Inclusion Approach is a six module program which helps to raise awareness of unconscious bias towards negative stereotypes. One such module deals with biases regarding gender equality issues. Equality of pay and treatment when dealing with career progress carry particular emphasis as well.

IWON, IKEA Women Open Network provides a forum for gender equality issues. Gender biases in policies and rules are openly discussed among all and subsequently improvements in working practices are introduced.

IKEA Group Gender Equality Plan approaches gender issues in the workplace from a human rights point of view. In most cases, it is accepted that mixed sex teams produce better results and higher productivity, as more competencies are brought to the table. This makes a policy of equality much more cost effective than a policy of single sex domination. In very basic terms, since IKEA’s products serve men, women and children, surely the products will be better when designed by men and women equally. 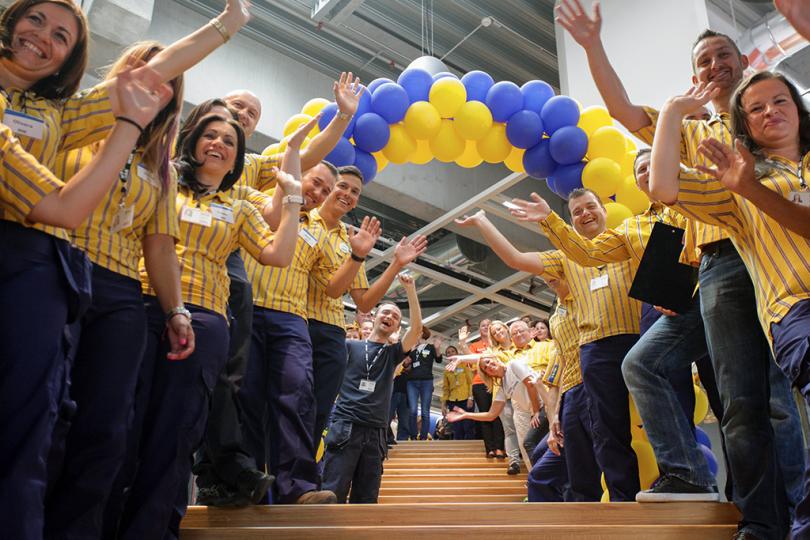 Simona Scarpaleggia, the CEO of IKEA Switzerland, first memories of IKEA were entering the giant blue box with yellow logo as an expectant mother. The place was a maze of discovery and very family oriented serving all demographic groups.

26 years ago, the gender imbalance was greater everywhere, including IKEA. However, recognizing this inequality, this injustice first made IKEA stand out. Joining the management of this company in Switzerland was not a difficult decision. Changing the culture in the workplace and accepting women as equal partners is very much easier when IKEA’s values are the same values as its CEO.

With majority of IKEA Switzerland employees agreeing and wanting change, the remaining questions were what change and how to change. Here groups of employees sat down to flesh out the details which started with a mindset change based on reflection of our values: https://www.ikea.com/gb/en/this-is-ikea/working-at-the-ikea-group/who-we-are/. Togetherness, Different with a meaning, Renew and Improve are just some of the values that ask for a gender equal representation within the company.New rules were derived and implemented. Employees took ownership of the change. From time to time, the rules had to be fine tuned. Female employees entering IKEA found it a breath of fresh air that IKEA was much more proactive, unlike other companies and the gender rebalancing could be clearly seen when walking around all the departments and reading the name tags.. ‘Our ambition to treat men and women equally at IKEA is a living reality’, according to IKEA Switzerland’s CEO, Simona Scarpaleggia, who received the very top honor by EDGE. IKEA Switzerland’s code is usually a few bars higher than Swiss law towards the treatment of women at work. More recently, she received the honour of being chosen to serve as a Co-Chair of the First UN Secretary’s-General High-Level Panel on Women’s Economic Empowerment.

The first impact is on how women view themselves and their role at IKEA Switzerland. A culture of gender friendly rules, openness and encouragement has enabled women to speak their minds and apply for posts of responsibility at all levels without fear and prejudice. Tools to enable this have been put in place. Annual surveys for the last 10 years have helped IKEA measure the change in the working climate including diversity and inclusiveness. These surveys over long periods of time help gauge the trend as well as the speed of change.

The second impact is the resistance to change. Senior management, while initially dominated by men, adopted the gender equality argument fully and sincerely. They welcomed the new initiatives and helped ease the path of change. There were, however, a few minor uncomfortable moments, as men felt threatened in their posts.

Apart from the Top 200 global posts of responsibility, IKEA Switzerland was given the freedom to set its own strategy and the pace of change. It quickly adapted and introduced rules to encourage a wider pool of applicants to consider IKEA as an employer. It found that gender equality was also cost effective and introduced up to 8 weeks of paternity leave, whereas Swiss law currently allows one day of paternity leave.

In the coming years, by 2020, the gender ratio goal is expected to be fully complete from the current 90 percent in the IKEA Group. IKEA Switzerland is, however, further ahead than the average IKEA globally.

Gender equality at IKEA Switzerland is clearly cost effective. Opening up positions at all levels to women means IKEA has a wider talent pool to choose from. This means there is more competition among candidates to land a job at IKEA. By being a better employer than the competition, IKEA Switzerland saved a lot of money since employees at IKEA Switzerland stay longer, progress faster, and are highly committed as they perceive their work environment as “fair”. This behavior reduced the cost of searching for new employees, training new employees, and paying lower rates on accident insurance and overtime costs.

IKEA Switzerland’s ability to achieve the gender equality target of nearly 50/50 can inspire other large companies to do the same. IKEA Switzerland’s positive behaviour can spill over to the labour market in general. This means the Swiss labour law will be easy to change and will encounter less resistance in Swiss parliament.

Women and mothers in positions of responsibility at a globally respected company like IKEA means girls at home have a role model to aspire to. Boys at home tend to behave better towards working mothers as also indicated by a Harvard study.

Improving the chances of landing a job and progressing up the career ladder means women now have more choices in life. They can be more assertive and have a firepower of a job. Bad relationships in their personal lives can end with greater emancipation of women. Divorced single parents are more likely to be able to run their households without being dependent on the ex-partner or the state. IKEA Switzerland hence enables women to achieve more control in their personal lives.

Skills and experience achieved by women at IKEA Switzerland are usually transferrable. This means women having to move to other geographical regions are in a better position to find jobs. In addition, the confidence gained from positions of responsibility is more likely to spur women to become entrepreneurs and self-employed. This in turn creates further gender equality in the field of self-employment, which is more male dominated. 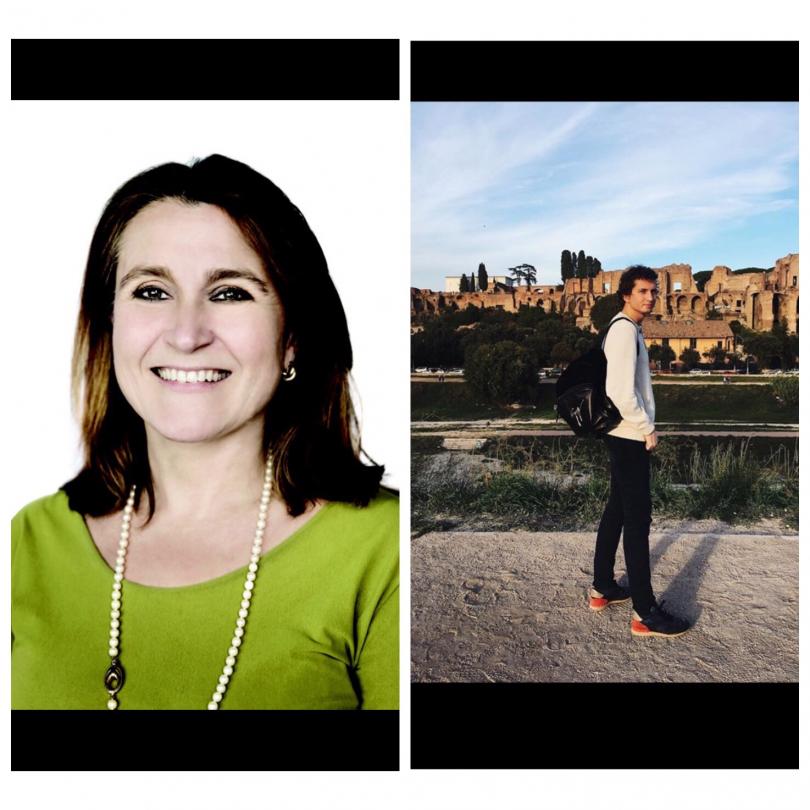 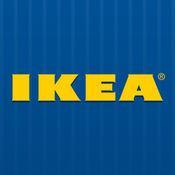 IKEA is a global company which designs affordable and practical furniture and home accessories. With more than 340 giant stores operating in more than 25 countries, this more than 70 year old Swedish company is the largest furniture provider in the world. IKEA’s footprint extends to using about one percent of the global commercial supply of wood each year. Annually, IKEA global has a footfall of more than 700 million customers. IKEA’s annual revenue is around 50 billion dollars and growing. Since the year 2000, IKEA has managed to lower its prices by two percent each year through increased efficiency. Its next major project is to build its own little town near London containing shops, hotels, schools, theatre and flat pack housing and furniture for a population of 6’000.

While on average, salaries of men exceed those of women by more than 15 percent in Switzerland, IKEA Switzerland is leading the way by achieving almost parity in salaries between the genders among its 3’000 workers. In addition, it is further ahead in achieving equal opportunities in recruitment, promotion, leadership development and workplace flexibility for women.