SIEMBRA aims to plant trees for the recovery and protection of the the moorlands of Colombia. It accomplishes this by mobilizing conscious consumers who understand the origin and importance of water.

The innovation of “Agua Siembra” is focused on providing a product extracted directly from the moorlands of Colombia (Guasca - Cundinamarca); 100% pure and quality water, which generates trust and well-being for consumers. “To understand the moorlands, one would have to think about space, but also time; investing in them today is investing in the future.” SIEMBRA focuses on a direct return to nature through the reforestation of those moorlands. "We are working to ensure the water that will be consumed by the generations that will inhabit our country.” All this has a background message: whoever consumes “SIEMBRA” is aware that the water comes from the moorlands and that everyone must do something to promote its conservation. 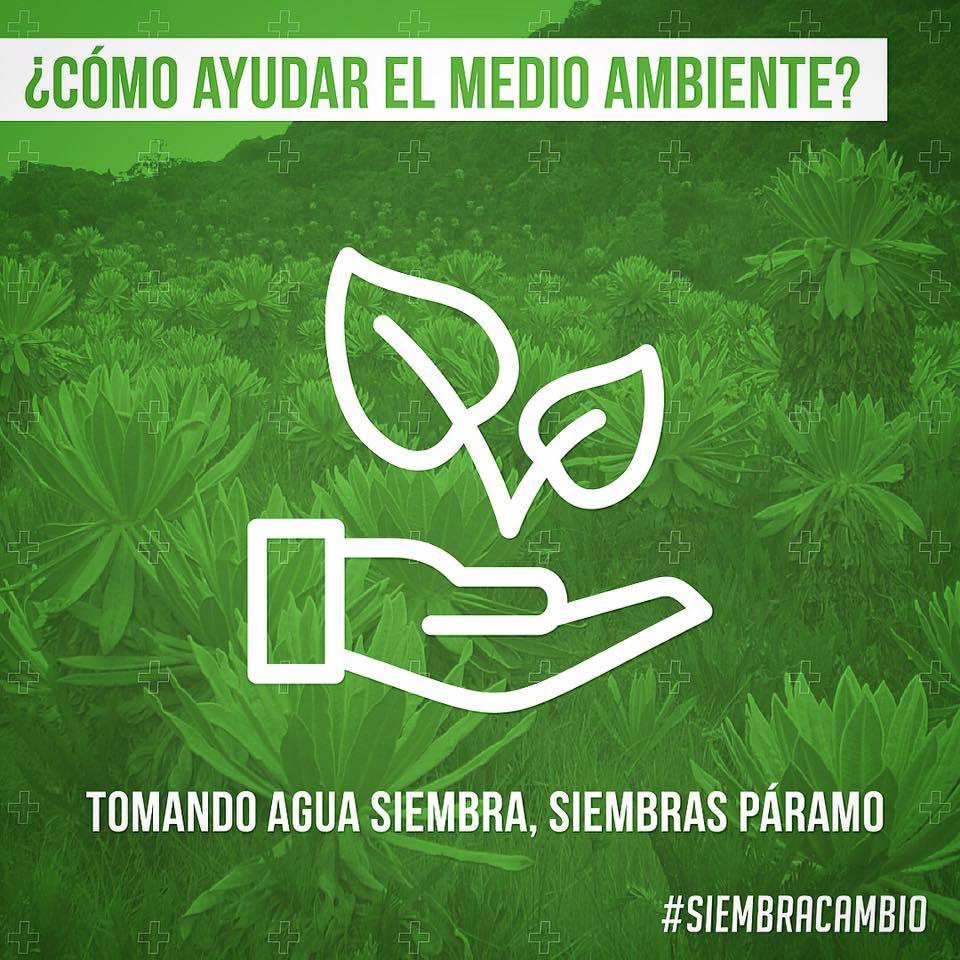 The idea arose in 2015 by the entrepreneur Felipe Mejia, a young man who sees the importance of the moorlands in Colombia not only for the conservation and balance of the environment, but as a provider of the water we drink daily. Felipe explains, “Drinking water gives us life , becoming aware will give us water.” Felipe wanted to create awareness, which inspired the idea of selling water to generate a double impact, First, selling water from the moorland provides a high purity product. Second, it creates awareness of the importance of the health of moors. Felipe states, "Every time you drink water, you are contributing to the sowing of native species of the moorland and the development of recycling projects that have a positive impact." And in this way, his idea materialized in 2016 with the sale of his first bottle of water with the brand “SIEMBRA”. “Our result is trees, and in the middle of the process we will generate money, but it is not the result, it's just another factor that will be there.”

Considering that the moorlands are not protected by law, they are exposed to direct deforestation (livestock, land cultivation and mining). And the most drastic of all, the damage generated by man through the introduction of species outside the territory (pine, eucalyptus and broom), “we want to use our voice to create a space for reflection, wealth is not mining and not oil, is nature and people are not connected with that idea.”

From there emerges the main area of ​​impact of SIEMBRA and to which much of the profits produced are destined. “We offer a scenario where different actors such as conscious citizens, owners of autonomous reserves, companies specializing in reforestation and suppliers with responsible practices, among others have the same importance and ability to generate effective change.” It is not only provided in the direct planting of trees in the moor, but with each of the bottles of water consumed. "We are currently carrying out our reforestation program in the Guajinazié and El Zoque reserves in Guasca."

Felipe reflects, "The earth is not of man, man is of the earth."

Creation of nurseries where plants grow that will be planted in the reforestation areas of the moor during the next years. Within the arduous task of recovering the ecosystem, the most important role is fulfilled by species such as the Romero Pine, laurel of wax and myrtle, among others. This mechanism enhances the positive impact of the consumption of each bottle of SIEMBRA water, where the goal is 1 bottle = 1 tree.

The company also builds alliances with its customers and other organizations, like Ecoworks (strategic ally for environmental care), to collect plastic and recyclable waste at the points of sale where “Agua Siembra" is consumed. "By assimilating not only our bottles but those of other brands, we reduce the negative impact in a more efficient way...take good care of where and how you throw your garbage."

In 2017, the first planting was carried out in the Guajinazié reserve, north of Chingaza. In one day, a joint collaboration of volunteers and workers in reforestation planted a total of 1,500 trees, recovering one hectare of wasteland.

This is now an area that will capture 250 tons of carbon and protect 70,000 liters of water per year.

Sowing is directly related to the Sustainable Development Goals (SDGs), for its commitment to the environment in view of the remuneration that occurs with the planting of trees in the moors, with responsible consumption and with the good use of waste, "As responsible mass consumption can leave benefits for places such as the Guasca’s moor". All this adds to the generation of awareness in society in order to promote responsible use of resources, recycling and cultural change so that day by day people are thinking about how to give back to the environment and repair the negative impacts generated daily for excessive consumption. "Change is in your hands," Felipe concludes. 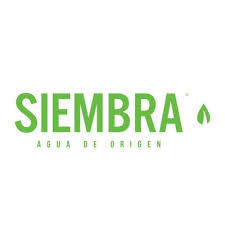 The company SIEMBRA is not only a good idea of ​​business and innovation, it also helps sustainability with effective actions because through the sale of bottled water they seek a change in the way of thinking, in consumption and in the relationship that society has in general with the environment. Defined by his creator: “Water planting is an initiative aimed at social innovation for sustainability; more and more we want to be part of the change”