Hydroponics: Future Growth in the Present

Revolution Farms uses a hydroponic indoor growing facility. Hydroponics is a hydroculture subset that allows plants to grow without soil. This helps to solve the Responsible Consumption and Production SDG due to its focus on land and water conservation.

Hydroponics utilizes a system that allows plants and produce to grow without the use of soil. The roots are instead supported by a different medium such as sand or peat moss which allows water, oxygen and adequate nutrients to reach the plant. The type of hydroponics system that Revolution Farms uses is a Deep-Water Culture system. Also known as the Reservoir method, this allows the plant roots to be locked into a nutrient based solution that has water and oxygen pumped directly into it. This process uses a special aquarium-based oxygen pump which allows that produce to receive a specific amount of water in order to not overhydrate the produce. Revolution Farms also uses special LED ultraviolet lights to help foster a more developed growing environment for their leafy greens.

When the business first started, Revolution Farms used an aquaponics system to grow their greens. An aquaponics system is very similar to a hydroponics system, with the major difference stemming from the use of some form of aquaculture which is raising aquatic animals such as snails, fish, prawns, etc. in tanks to provide natural nutrients for the plants. Revolution Farms used fish for their aquaponic system but later decided against it in order to allow the business to control what nutrients the greens would receive. This transition has so far proven to be beneficial for the profitability of the business along with the quality of their products. 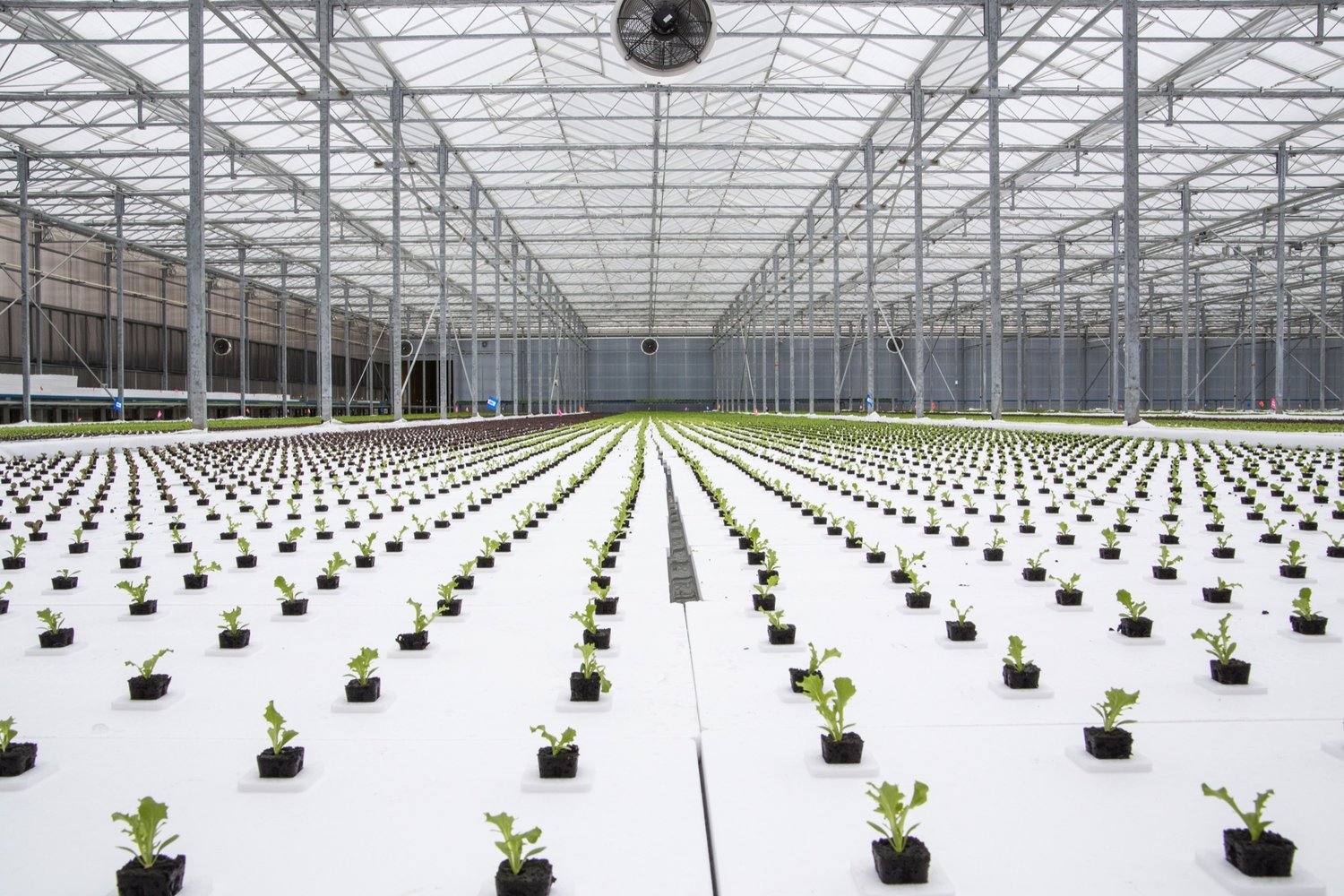 CEO John Greene learned about the process of aquaponics from visiting his daughters at the Island Schools located in the Bahamas. He saw that the locals used this to grow fresh produce locally and figured that this process could be used on a larger scale. With an investment from two friends and a vision for local and sustainable growth, Revolution Farms was born.

Today, Revolution Farms is a 1-acre indoor facility that produces over 10,000 pounds of local, fresh, and consistent greens to West Michigan consumers weekly. The hydroponic system allows Revolution Farms to produce this using 90% less land and 80% less water than a traditional farm. Since the business currently caters to West Michigan consumers, their greens can transport and get to the consumer 1-2 days after being harvested. With 98% of lettuce and leafy greens being consumed in the US coming from either California or Arizona, this limits fossil fuel usage a great deal and upholds their food proposition of fresh and local. The hydroponic system also produces healthier and longer-lasting produce while allowing Revolution Farms to control the consistency of the nutrients being provided.

The switch from aquaponics to hydroponics helped benefit the business by eliminating costs for the fish and tanks used, while also allowing for more growing space without any major structural changes to occur. Removing these tanks has also allowed for more employment opportunities which are helping the West Michigan community a great deal. Business Development Manager Marguex said, “the transition was an easy adjustment that will allow us to grow in the long run.” This disruptive farming system allows for the business to produce more greens in a smaller space and even allows for the opportunity for future expansion and growth.

The water and land conservation impact that Revolution Farms has on their community with this innovation is amazing. There are over 12,000 farms located in West Michigan alone however, Revolution Farms is the only one that is indoor based and utilizes this system. This innovation is not going unnoticed as many farms are looking into ways to make this transition in the future. Revolution Farms has also made a commitment to donate 1% of all greens per year to non-profit organizations such as Feeding America, Hearthside Greening, and Ready for Life. Revolution Farms’ service to the West Michigan community and commitment to minimal food miles traveled by their greens has verified their sustainability impact. 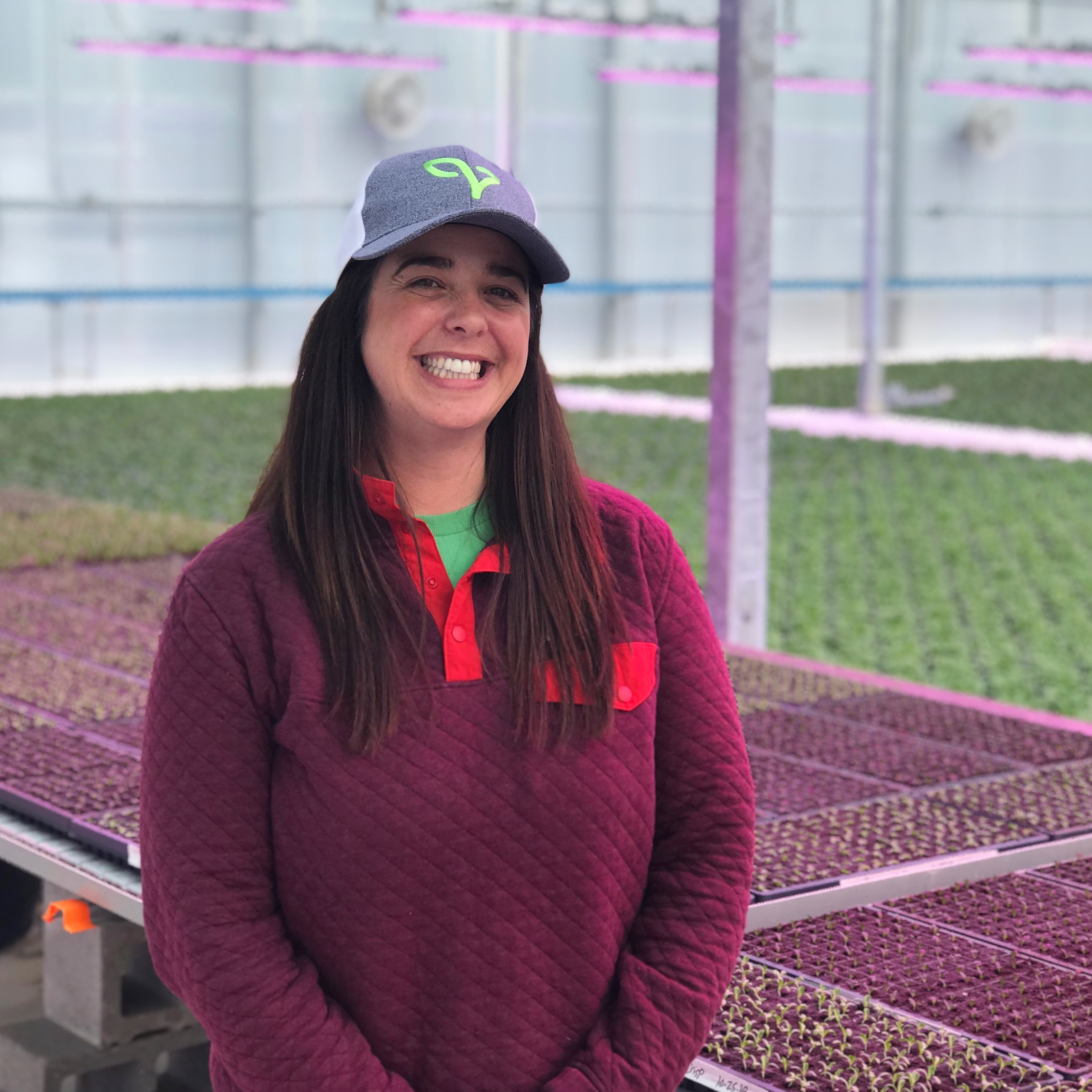 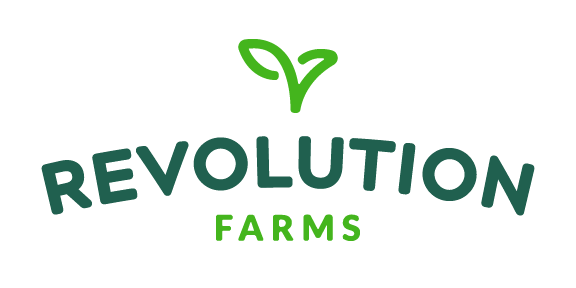 Revolution Farms is a hydroponic based indoor farming facility that provides fresh, local, and consistent salad greens year-round throughout the state of Michigan. Revolution Farms is dedicated to growing pesticide-free, Non-GMO leafy greens in a highly sustainable environment that is guaranteed to reach consumers in three days or less after being harvested.