How Ocean's Halo Made a Huge Splash

Ocean’s Halo produces a variety of sustainably sourced and packaged Asian-inspired food products. They strive to be at the forefront of sustainable innovation in the food industry.

Ocean’s Halo sells packaged seaweed snacks in different flavors. Seaweed of this kind typically sits in a single-use plastic tray inserted into a snack bag. This redundant plastic packaging creates an unnecessary amount of excess pollution. Additionally, through their research, the company discovered that their customers believed these trays were entirely superfluous and even cumbersome when put into packed lunches. With sustainability as one of the companies core pillars, Ocean’s Halo set out to radically reinvent seaweed packaging. Instead of using plastic trays, the company decided to inflate the bags with air. This allowed for the seaweed to maintain its integrity during shipping while ensuring the taste of their product was not compromised.

Oceans Halo also develops sustainable noodle bowls. After searching for ages to find the correct material for their bowls, the company landed on one: plant fibers. Instead of relying on plastic or paper, the company differentiates itself by using this sustainable resource. This allows their bowls to biodegrade easily without harming the surrounding aquatic environments. 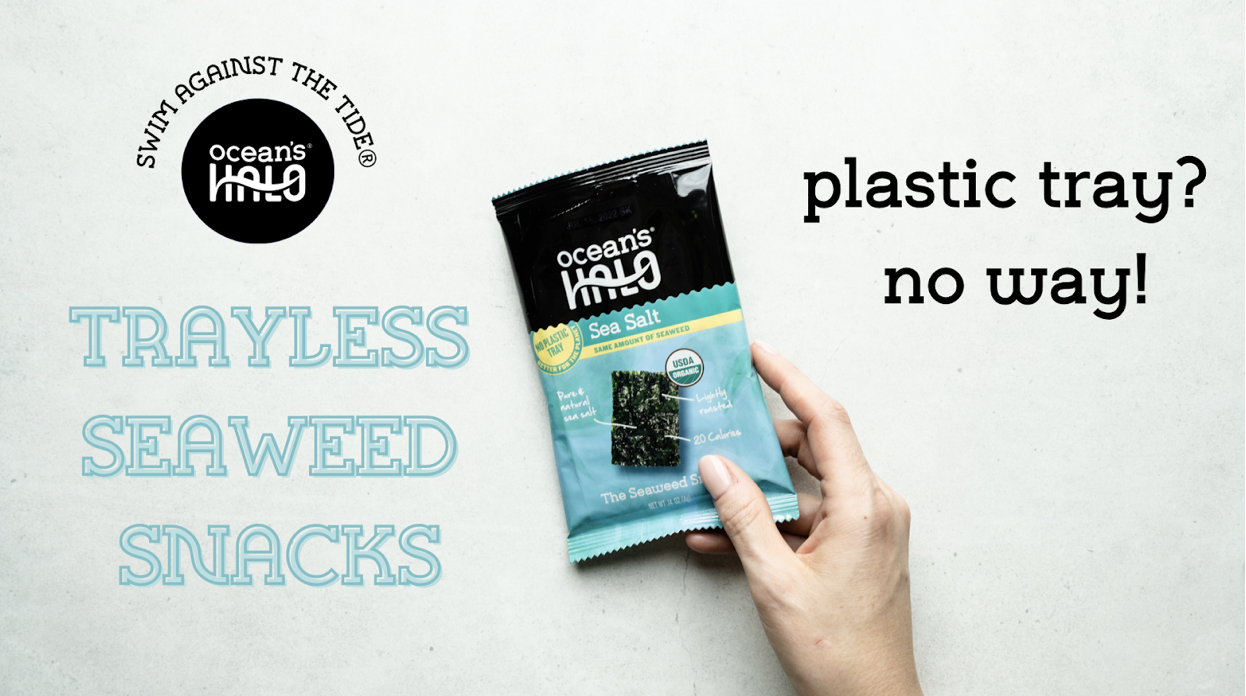 By building off of the idea of sustainability, Ocean’s Halo had a goal: to reduce the amount of plastic that is put into their products. They identified that seaweed is a healthy sustainable snack, but it is most commonly packed into a plastic tray to prevent any damage to the seaweed before it reaches the customer. Their motivations were simple, to reduce the amount of harmful waste (plastic) that is put into the oceans and to create a sustainable way for people to enjoy seaweed. Not only did they find the plastic in seaweed snacks to be harmful for the environment, but according to Mr. Mock, the number one complaint about seaweed snacks is the amount of packaging. Ocean’s Halo looked to address this number one complaint proposed by consumers.

Whether addressing a new product line or packaging container, Ocean’s Halo is looking to find ways in which they can introduce something new. At the heart of it, as Mr. Mock puts it, they “try to create really great recipes.” Unlike a non-profit organization, the company still places a great emphasis on finding ways to generate revenue. But where Ocean’s Halo finds the inspiration from their products is by creating things that they too would want to eat. The goal came about to “create something new and then to price things how they would want it priced.”

Globally, seaweed companies produce 2 billion plastic trays a year! Ocean's Halo has not been able to fully assess the impact their change has made on the environment since it is still a new innovation. However, there has been a ton of enthusiasm for this new product from consumers. The company has recently had a hard time meeting the immense demand for the product.

Through this innovation, the company believes that the new, intense demand for their product will cause other larger seaweed manufacturers to change their packaging.

It was initially hard to get suppliers to sign on to this change. “Our manufacturers that produce the product and roast it in South Korea have been doing this for 50 years, probably a lot longer. Just like in any other industry if you try to change something it’s going to be immensely challenging.” The suppliers had an “if it’s not broken, why fix it” mentality. Luckily they were receptive to both the business case that the company made and the fact that this process was environmentally broken. The company would later leave their suppliers and become “the first ones to introduce a factory into the United States.”

One of the most fascinating aspects of this business case is that a decision that was environmentally driven, ended up being one of the best business decisions that the company made. “Just taking out the tray had a huge upstream and downstream impact on our supply chain” Robert said. “You can fit three times more product on a pallet, which means fewer trucks, fewer containers, and less gas.” The new packaging also decreased the amount of shelf space and increased the number of units that they could put on the shelves by 3x. “I thought it would be big consumer news, but it really ended up being a fantastic story for retailers since they really care how much space your product takes on their shelf.”

Additionally, with the current supply chain issues occurring globally, as well as high rates of inflation, Mr. Mock mentioned that most competitors in the seaweed snack industry have been forced to raise prices. This being said, Ocean's Halo was able to lower costs due, in part, to their innovation surrounding tray-less seaweed packaging.

Seaweed is "the most sustainable product on the planet, period." It doesn't require clean water, soil, or farming. It has a massive impact on climate change, "sequestering 173 million metric tons of CO2 annually" (Sierra Club). This allows the company to shift its focus away from how its products are sourced and towards its packaging.

Plastic packaging, including seaweed trays, leak harmful toxins into the environment and seep into marine organisms' bodies through microplastics. Over a million marine animals die each year due to plastic packaging in the ocean (UNESCO). At the very least, even with limited data, the company is helping improve the quality of marine life by getting rid of plastic trays.

Ocean's Halo wants to have a closed loop product cycle. Their ultimate goal is to produce packaging that is completely compostable and plastic-free. They believe they can achieve this by using algae ink and compostable bag wraps. Plastic bad wraps contain a harmful chemical called "dioxin" (EarthBuddies). This chemical leaks into marine environments through landfills. It kills fish, algae, and other marine organisms. By producing completely biodegradable packaging, Ocean's Halo can have a major impact on marine ecosystems and the individuals that rely on these environments for their livelihood. 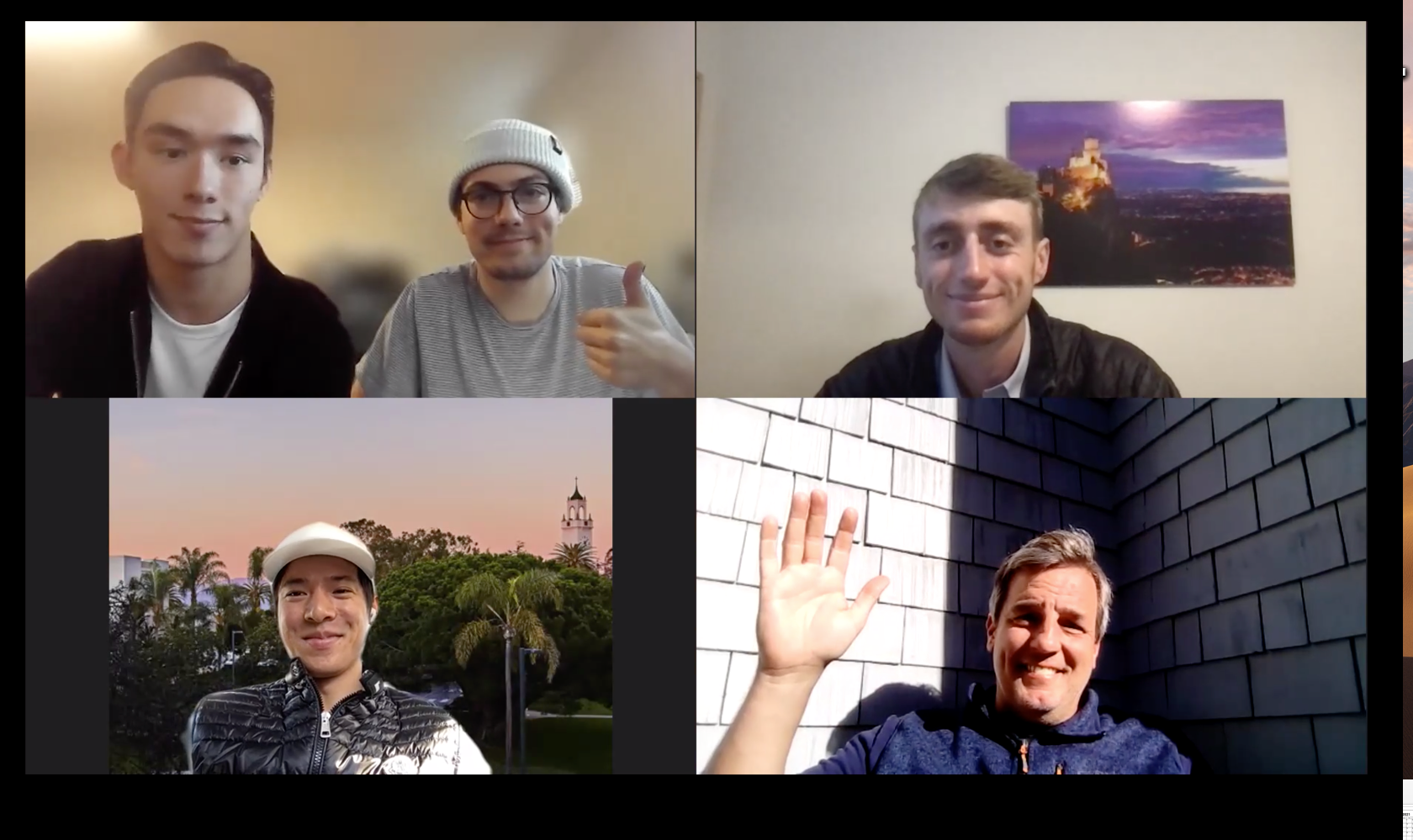 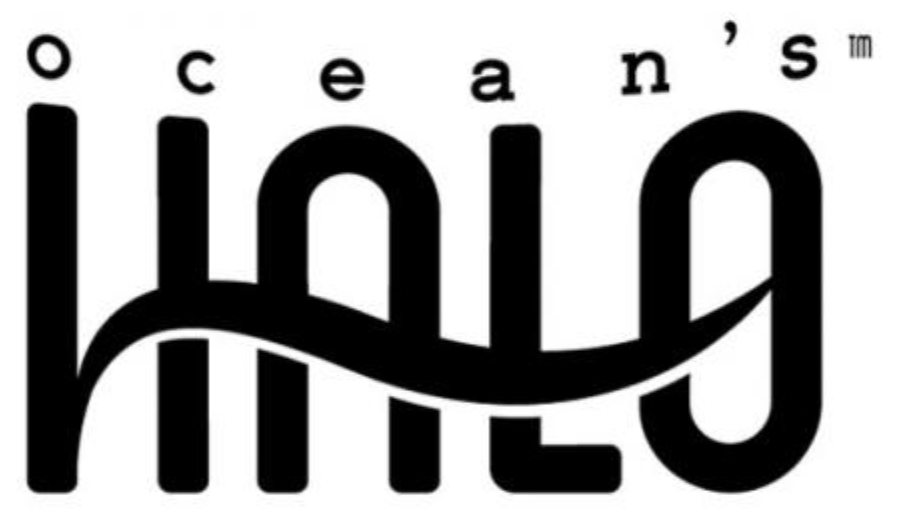