The idea for this innovation began when Tyler Ortego and his associates connected natural oyster reefs to structural integrity in the area.The machines at ORA create concrete skeletons that oysters then inhabit. As the shell mass builds, the structure becomes stronger over time. Once in place, nature does the rest of the work, with the oyster beds as the foundation.

The process begins with an evaluation. Then measurements are taken to input into their software, which tells the printer where to inject needles into the dry concrete mix with liquid. At the points where the wet balls of concrete meet, the structure begins to take shape. This base shape is the physical implementation that everything else revolves around. The structure is then transported to the site and reevaluated. At this time, any modifications that need to take place are made and due to advanced software these take just minutes to execute. Once complete the implementation is placed in the water at the site. The software used also allows ORA to predict things such as carbon storage and oyster filtration rates. Each eco-module is made custom for its location, and once in the water, nature takes care of the rest. This process is what sets ORA's innovation apart. 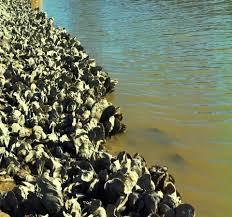 Tyler Ortego, the founder, and current leader of ORA began concocting the idea behind the company as a senior biological engineering major at Louisiana State University. He was initially considering a career in pharmaceuticals or biotech. However, his future plans changed when friend and current business partner, Matt Campbell, mentioned coastal engineering. Tyler first could not believe this was a possible engineering application, but when Hurricane Katrina a shift in Tyler occurred. He now wanted to apply his skills to aid in the systemic issue of rising sea levels.

As the idea continued to become a reality, Tyler realized that coastal issues faced many more places than just southern Louisiana, but many people did not understand the scope of the problem. So, the goal of this innovation was not only to allow the ORA to conduct business and achieve global goals, but also spread awareness regarding the importance of the service they provide. Ortego describes the current inspiration for ORA as "generational resilience," or the ability to provide a sustainable coastline for generations to come.

The innovation's overall impact is that it creates sustainable practices in coastal regions. ORA's business model combined with its innovative 3D printing technology allows them to stop coastal erosion and improve water quality in areas that would be negatively affected or disappear altogether if not for their work.

In the short-term this innovation protects what Ortego described as "beating-heart assets." Thus, this asset is the beating heart, or life of the company. The innovation protects these assets in the short term by producing man-made, underwater infrastructure that stops the unpredictable erosion and shifting of land that could be the potential demise of the asset they are protecting.

The long-term effects go above and beyond the protection of a single asset. As these oyster beds grow, they not only stop erosion, but also filter the water and jump-start the food chain in the area. Additionally, because oysters are filter feeders that naturally filter the water they inhabit, water purity increases. As the oyster beds grow, the water in the area becomes cleaner. Separately, oysters are at the bottom of the food chain, so they provide a source of food for other aquatic animals which increases the potential for fishing and collection of other seafood from the area, which promotes life on land.

The innovation provides ORA with opportunities to scale up, as well as the ability to act as a private enterprise rather than a government-funded operation. As previously mentioned, ORA focuses its attention on companies with "beating-heart assets." One major industry in coastal regions that possess such assets is the oil and gas industry. Recently ORA has partnered with Shell, who has proven to be one of the most proactive oil and gas companies in terms of coastal restoration. ORA's relationship with Shell is translatable to the entire oil and gas industry operating along the coast.

Furthermore, ORA has now attained opportunities outside of Louisiana due to the scope of its innovation. Ortego described the Southern Chesapeake region as well as the Florida coastline as places the company could expand into. He also mentioned that they have been in contact with the University of Hawaii regarding a potential project that would help protect coral reefs off the Hawaiian coast.

Overall, ORA’s most challenging obstacle has been the ability to find appropriate clientele for the service they provide. However, this innovation now allows them to easily explain to clients what they provide and how it will be beneficial. They are also able to complete projects in days rather than months because they deal in restorative processes

ORA's innovation benefits both the environment and society. The implementation of these oyster reefs provide the structural integrity needed to protect habitats both in the water and on land. By preventing erosion, marsh lands are protected from being washed away, and life below water thrives due to oyster beds providing a food source for other aquatic animals. Furthermore, as natural filters, oysters promote water purity and a healthier environment beneath the surface. As coastal urbanization increases, there becomes more competition for space at the coast. By preserving land mass and purifying existing areas, ORA further promotes healthy living on land and below water.

As a result of the environmental and societal benefits, companies are provided protection over their assets, which benefits the economy. The fishing industry does better because of an increase in fish and other seafood along the coast. Overall quality of life in coastal areas also goes up as a result of ORA's work.

The work of ORA allows for the integration of infrastructure with nature. Because these oyster beds are self-serving once in place, Ortego believes that the "cumulative impact can be huge." ORA believes that nature is more resilient than hard infrastructure and is more sustainable over time. Currently, ORA Estuaries has over five miles of infrastructure in the water, with the potential to grow that number exponentially. ORA's goal of "generational resilience" truly is attainable due to their innovative practices 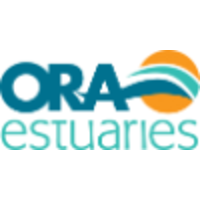