Hotel Doolin: Changing the Hotel Industry for the Better

Hotel Doolin is a for-profit business shaping the tourism industry with its arsenal of sustainable products and practices. This small hotel with a big personality is situated at the midpoint of Ireland's west coast in a small humble fishing village. Their focus is to lessen their carbon footprint by reducing waste, water, and energy use in more ways than one.

Hotel Doolin has redesigned the normal hotel practices by contributing positively by innovating their products, processes, and services, which in themselves are thriving from both an economical and an environmental standpoint. The hotel is recognized for its great water efficiency, eco-barn, outdoor recreation, and overall sustainable tourism. What Hotel Doolin represents is the redesign of not only hotels but businesses as a whole.

The hotel's environmental management policy emphasizes people, profit, and the planet by reducing, reusing, and recycling in any way they can. They have also minimized their usages of vehicles and continue to apply green initiatives.

By inspiring to give back to the community, the ecosystem, and to achieve a better, more sustainable future for all, the new methods and ideas that they proudly revolve around exhibit a net positive impact that focuses on healthy aspects. Hotel Doolin demonstrates a breakthrough in society's routines by improving practices that reduce harm via their thriving organized structure.

Some of the sustainability goals that have been represented within this hotel include SDG 12 Responsible Consumption and Production and goal 15 Life on Land. They have demonstrated these purposes by recycling paper, cardboard, and glass and not selling any single-use plastics, including drinks, food sachets, etc., along with designing an air to water heating system to avoid using oil and other fossil fuels. They also offset their carbon footprint by planting 10 trees per wedding they host on their land via hometree.ie. 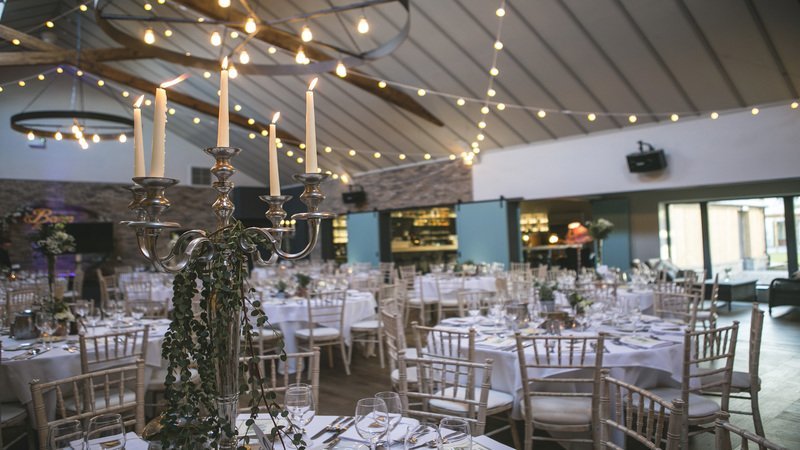 The methods of adopting sustainability practices require positive change and attention to defeat the ongoing problem. This global issue is altering businesses' growth movements to establish ecological and economic stability that is sustainable far into the future for greater chances of success. Because of this major concern, businesses are beginning to put into action the changes that will positively affect their practices and discerning consumers.

Aine mentioned that the main motivation for Hotel Doolin adopting sustainable practices was simply down to the town of Doolin itself. They wanted to focus on protecting the community and the surrounding area of Doolin. Since Doolin is located near many of Ireland's most popular natural tourist spots, Aine revealed that it was a responsibility of their own to try to help look after these locations, such as the Burren and the Cliffs of Moher. The hotel has also increased its involvement with the community, as well as only purchasing produce and goods locally.

Because of these initiatives, Aine states that people visit from all over the world, as they are drawn to the hotel as they themselves are becoming self-aware of their own carbon footprint and want to do that little bit to help, highlighting the difference that Hotel Doolin is making on the world.

Hotel Doolin has adopted several different protocols delegated to environmental sustainability, allowing it to become Ireland's first and only carbon-neutral hotel. The so-called carbon neutrality refers to zero emissions of its own greenhouse gases. To achieve the goal of zero emissions, several protocols and projects are used. Although from the short-term impact, the carbon neutrality of a hotel seems insignificant and only contributes to the environmental protection cause. From the long-term impact, Doolin Hotel has played a leading role in the Irish hotel industry's carbon neutrality.

These protocols include green initiatives, water efficiency, eco-barn, an environmental management policy, and minimizing traffic/vehicle use. These innovations all focus on many SDG goals, including climate action, life on land, and responsible consumption and production. They have also adopted policies regarding looking after surrounding ecosystems (leave no trace and Burren ecotourism), as well as supporting the Doolin’s local economy (Corporate and Social Responsibility), raising over 25,000 euro for the local community (Corporate and Social Responsibility).

These policies also hit many other goals like sustainable cities, communities and industry, innovation, and infrastructure. When interviewing Aine Martin, the green manager of Hotel Doolin, she stated that Hotel Doolin was carrying out practices that were CSR related, but never fully intentional. They were incorporated into their green plan but were only fully adopted into practice 4 years ago.

She also stated that the three core motivations of Hotel Doolin were that of “reducing their carbon footprint, increasing their involvement with the community and purchase locally as well.” One of Hotel Doolin’s many green initiatives is to plant 10 trees per wedding hosted in the hotel. With the Hotel hosting around 130 weddings per year, almost 1300 trees were planted last year in 2019. Aine shared that the planting of the trees from each of the weddings in Lahinch has had a big effect on the local environment. The menu boasted by the hotel consists of healthy food, not only made on-site in their polytunnel but also foods from the surrounding area. Seventy percent of the ingredients from their menu is purchased locally, from the surrounding 50 km area. Many people are also drawn to the hotel as they themselves become self-aware of their own carbon footprint and want to do that little bit to help.

Aine discussed that due to Covid-19, Hotel Doolin has been unable to continue its momentum with its CSR innovation work. The government put restrictions on the opening of Irish hotels and other service industries, including bars and restaurants, which Aine mentioned as two large income sources. She also shared that a huge part of the CSR work is that of team activities held once a month, where they support local businesses and hold fundraisers. However, due to government regulations, it has been difficult to organize gatherings of people together to get work like this done. Nonetheless, Aine states that the hotel made free meals for all the elderly people in the area who could not get to grocery stores, which was delivered by a Hotel Doolin staff member during the pandemic.

According to McMahon (2019), the sustainable innovation and practice implemented by Hotel Doolin have had an incredibly positive impact on the hotel, with the business growing by thirty percent. They’ve been able to reduce their costs and use for energy consumption, moving from “465 tonnes of carbon in 2017, to 110 tonnes by the end of 2019”. This carbon is mainly offset by hotel staff who plant ten native trees locally for every wedding held at the hotel, with each tree setting off one tonne of carbon, “We do about 130 weddings a year, which is a big part of our business”. Hotel Doolin has also changed its oil-based heating system to an air to water system for cleaner energy. Plastic bottles and single-use items are completely banned in the hotel, with all napkins reusable and toilet paper made from recycled materials (McMahon, 2019). Aine believes that their carbon footprint going from “465 to 0 speaks volumes about the impact on the environment”. Their hard work has not gone unnoticed, with the hotel being awarded the ‘Green Organisation of the Year’ award, the ‘Green Tourism and Entertainment’ Award, and the ‘Green Festivals’ Award, to name a few.

Hotel Doolin states that they recognize their community and environment as key stakeholders within their business and consider them whenever a decision is made (McMahon, 2019). According to Aine, their drive for sustainability came from “three motivations,” including to “increase our involvement with the community, and to purchase locally.” This drive has allowed them to become active committee members of the Doolin Tidy Towns Committee, educating locals on energy, water, and waste initiatives. They’ve also provided business to local restaurants and shops through enhanced tourism due to their innovation as “Ireland’s only carbon-neutral hotel.” Aine mentions that even when people are getting married in the hotel, “they’ll buy their flowers from local suppliers.” Likewise, the hotel spends over 1.5 million euros on hotel purchases from local suppliers, with “70% of our food on the menu is sourced locally from within a 50km radius”. The hotel also sets up festivals such as folk and surf festivals three times a year for the community. These are known as “Doolin Festivals, which is more of a community initiative because we don’t call it Hotel Doolin Festival.” The innovation has also allowed the hotel to become a huge employer in the town, with over 120 local staff (Hotel Doolin, n.d.). Although Covid-19 has impacted the business and many of their community fundraising initiatives, they are still looking to the future and how they can continue improving their innovation, “ we are looking into PV solar panels at the hotel.” The hotel hopes that larger companies in the industry will recognize and take note of their operations, suggesting that the implementation of sustainable practices only involves “a bit of creativity and teamwork” (McMahon, 2019).

Doolin, Co.Clare, Clare, IE
Business Website: https://www.hoteldoolin.ie
Year Founded: 2006
Number of Employees: 51 to 200
Hotel Doolin is Ireland's only certified carbon neutral hotel. Along with this, they implement numerous sustainability practices throughout their organization, such as planting trees every time they host a wedding! They serve people from far and wide who choose to visit their hotel based on their efforts to protect the Doolin community and the environment.