Himalayan Expedition: From Travelers to Change-Makers

The Global Himalayan Expedition (GHE) has taken up a new approach to reach some of the major Sustainable Development Goals (SDGs) in the rural communities of the Himalayas. Some of those SDGs include the following: Good Health and Well-Being, Quality Education, Clean Energy, Economic Growth, Reduced Inequalities, and Sustainable Cities and Communities.

Impact Tourism is a modern method that simply aims to make tourism activities have more impact on smaller communities.

The innovation on the part of GHE lies in the method that was chosen to tackle the SDGs. This method proved to be effective in the sense that people have the opportunity to sign up, have an adventure in one of the most beautiful places on Earth (the Himalayas), and have an impact.

GHE was first inspired by this method after the founder, Paras Loomba, went on a trip that revolved around the concept of Impact Tourism. Loomba later suggested this idea to one of his friends, Jaideep Bansal, who was also my interviewee. The latter was very interested in the idea, and decided to resign from his previous job and pursue this dream along with other people who had the same vision.

The motivation originated from the large percentage of people who did not have access to electricity, and more specifically still had to deal with carbon emissions in order to light up their houses at night.

Those remote areas were known for the severe weather conditions, which made it exceptionally challenging to have access to education, have a local developing economy, and become self-sustainable. More meaningfully, the culture would be not be lost once these problems were solved, since the need to go to the city is no longer relevant.

This innovation also aims to preserve the local culture of those communities, which gets lost when there is a necessity of moving from those villages to the city. In most cases, those who move to the city do not go back and their children stay in the city as well. With many similar cases, there is essentially a risk of losing that local culture. 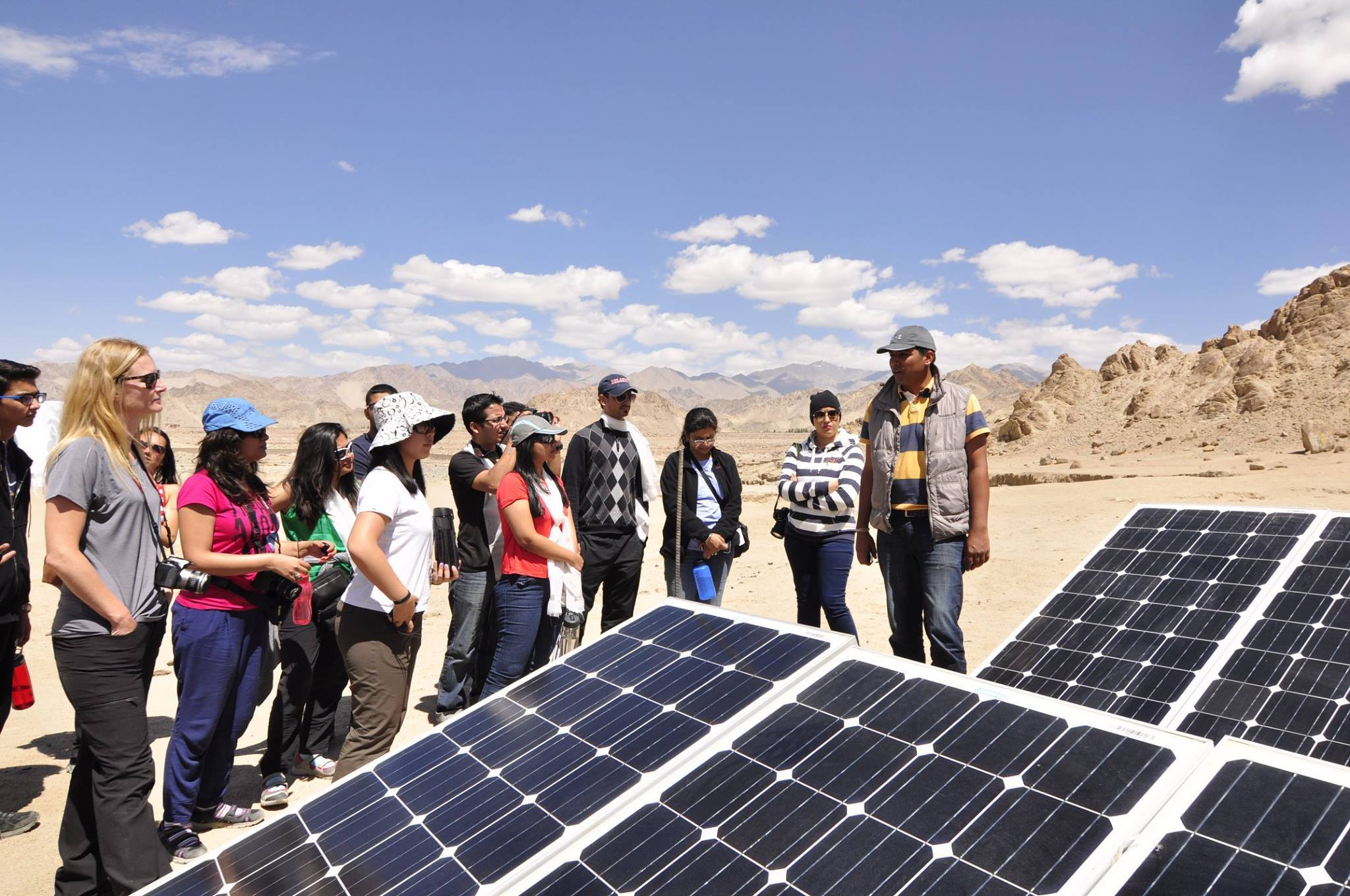 The inspiration for this innovative method is from various expeditions that founder Mr. Bansal participated in, as well as the impact of social media in promoting and making such innovative methods more and more known to the public.

In his first experience with Impact Tourism, Mr. Bansal definitely faced some hardships. However, he believes it was all worth it because he had the chance to “provide the people with the dignity to see what they are eating for dinner.”

Mr. Bansal believes that "electricity is a basic human right." That is, every human has the right to have access to electricity, for it is now an easy and necessary item in our daily lives. What came to his attention during his adventure is how imperative electricity is, and how those who have it do not know how difficult it is to live without it. Even worse, the villagers still had to light their houses while suffering from the carbon emissions in this day and age. This meant a cleaner source of energy was necessary to reduce the effect of those emissions.

GHE provides clean energy, digital education access, and employment for remote villages. People are typically attracted to these regions known for their wonderful sights. As they get involved in this adventure, they get to discover how people live in other parts of the world, and in return, those people find out about how people from other parts of the world live and that they are actually no different from each other. This innovation also reminds the participants to be grateful for their own living conditions. In fact, more than 1,000 impact travelers have participated in these expeditions.

This organization has electrified 80 villages, impacting the lives of over 35,000 villagers and reducing carbon emissions annually (924 tons of carbon offset as of 2019) by replacing kerosene lamps with solar panels.

One of the main goals of this business is to make those communities self-sustainable. In fact, they have implemented several ways for them to generate income for the village to buy and maintain the solar panels. Some of these activities include running hostels, guiding and giving tours for visitors of the region, and selling handmade goods. Seventy-five percent of the profits generated from these activities goes into a joint bank account in order to keep those communities able to satisfy their needs, maintain the solar panels, change lamps, and make any kind of improvements for their village (an example would be outside lighting).

This innovation helps the business attract more volunteers and adventure lovers who aim to discover how people live in other parts of the world while improving the living conditions.

Thus, more people will enroll and volunteer. More sponsors will be attracted to this concept (due to its popularity), meaning that there will be more commercialization of the project and more funds will be invested into it. This simply translates into having more sustainable goals accomplished, generating more profits, and investing some of those profits into other projects (perhaps oriented towards other areas).

The popularity of this business might lead to a more international audience being interested in getting involved in the project. This means more diverse groups will be formed and more creative ideas can be generated thanks to the different backgrounds and views of the people that make up these teams.

Since this business aims to make those communities self-sustainable, they have implemented several ways for them to generate income for the village to buy and maintain the solar panels. Some of these activities include running hostels, guiding and giving tours for visitors of the region, and selling handmade goods. GHE actually makes some profits (around 25% of what the village makes from the activities they helped them start), and the rest (75%) is put in a joint bank account in order to keep those communities able to satisfy their needs.

Clean energy is provided thanks to the solar-powered light bulbs, which, unlike the previously used tool for lighting, do not emit carbon and so do not pollute the air. In addition, solar energy is renewable and is in these regions an optimal solution considering the weather in those regions, which is mostly sunny with long times of sun exposure.

Economic growth was achieved by encouraging women to learn how to make Pashmina online and selling them and having hostel income. Some of the generated income was put into a shared bank account, and around 25% went to GHE as profit. The joint account aimed to maintain self-sustainability as a community and independence from others’ help (associations, aid, outsiders in general). In addition, the technology was simple and easy to fix.

Moreover, local Wi-Fi was provided as a tool to find out more about the solar panels used, to educate children, women, and men. This server, which contained numerous educational videos from Khan Academy and TedX for instance, was very useful in educating people on different kinds of topics without having to cross long distances to go to school.

Inequalities were reduced as women were sent to learn about solar panels. Then, when they came back and showcased their knowledge, they were no longer seen in their traditional roles of housewives. As Mr. Bansal described, women have a natural tendency to teach others what they learned, unlike men. Thus, including women in this engineering process will only lead to more sustainable communities that inherit this knowledge and learn by themselves.

The Global Himalayan Expedition (GHE) aims to provide clean energy to remote communities of the Himalayas through Impact Tourism. This is achieved by having a group of travelers go to those communities and mount simple and easy-to-maintain circuits powered by solar panels. This business also considers other issues, namely those of education and self-sustainability, and promotes good health and well-being by reducing carbon emissions.