Hemp: Taboo or a Hidden Gem?

BOHECO says that “Educate, Cultivate, Elevate” are the primary drivers of their business. These three words help them achieve their mission, which is to advocate the societal benefits of industrial hemp. The company was founded at a time when hemp crops were treated as a garden weed amongst farmers and regularly destroyed to cultivate more meaningful crops. After empirical research, BOHECO developed sustainable solutions and processes to regulate hemp farming, organize the farming sector and create sustainable products. Through this, they are targeting four SDG’s: Decent work and economic growth, Industry innovation and infrastructure, Reduced inequalities, and Responsible Consumption and Production.

Over 70% of the Indian population is engaged in farming and agriculture activities, and yet less than 20% of the GDP can be attributed to this sector. So, seven young business students co-founded BOHECO, intending to bridge this gap. They wished to make the agricultural sector more organized, as it still remains largely chaotic. By providing necessary expertise and technical know-how, the founders wished to empower farmers to help themselves be better cultivators.

As pioneers in Indian hemp production, BOHECO obtained a first-mover advantage gained through business and industry innovation. By organizing farmers, the firm has institutionalized the entire process from cultivating the crop to weaving the yarn into textiles. They developed the infrastructure for this model from the ground up. 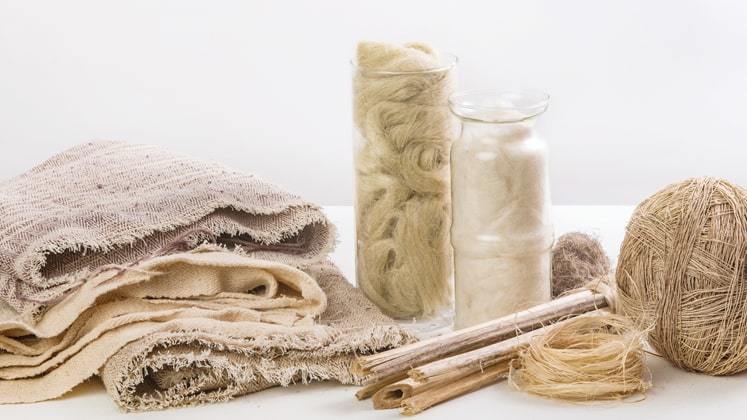 Oberoi, co-founder of BOHECO, says, “the idea for this initiative was born in our undergrad classroom. The seven of us could not understand how the agriculture sector (which employs over 70% of our population) contributed so little to the country’s GDP. That’s when we realized we wanted to bridge this gap and thus began our study.” The team spent a significant amount of time over the coming few years doing extensive research on this matter. They wished to enter the domain directly and experiment with a new crop to see if it could successfully bridge the concerns they witnessed.

They identified three key parameters that would help solve challenges farmers face, “Crops that grow in abundance, which are being underutilized and have high yield value." Hemp was the answer and satisfied all their desired parameters. The founders even traveled to the northern region of Himachal Pradesh to personally explore the scope of their experimental innovation. They talked with local farmers and found that hemp was treated as a “garden weed that was meant to be discarded so that more commercially viable crops could be cultivated,” as Oberoi puts it.

That’s when they realized that the root of the issue was lack of awareness. The fact that there was minimal knowledge about the local crops and the possible benefits they could reap, pointed to a more significant issue at hand. The farmers were being oppressed in their domain and were blindly following market forces rather than exercising the considerable power available to farmers. That is when Oberoi and the other co-founders decided to address this matter through BOHECO.

Mr. Oberoi said that “when we look at Impact from a BOHECO lens, we see opportunities that align with three strategies: 1. Impact through Innovation (R&D), 2. Impact within Community, and 3. Systemic Impact.”

BOHECO's impact draws in part from overcoming societal misperceptions about the crop's potential. Introducing ideas about hemp or cannabis in Indian society was troublesome at first because of beliefs the product was simply about “marijuana.” Thus, the founders helped burst the myth associated with the word “cannabis,” which they did by, as Oberoi states, “telling the Cannabis Story,” to everyone and educating people across the Indian subcontinent. They further cultivated the idea of hemp in people's minds and thereafter elevated their business to new heights.

BOHECO began by manufacturing hemp textiles but have recently shifted their focus to non-narcotic uses of the abundant crop in food and Ayurvedic medicine for chronic illnesses. During this entire process, there has been a significant impact on the farmers associated with BOHECO. Over 500 farmers in the Himalayas have benefited from BOHECO’s assistance. They have been provided with a consistent source of income from what was previously considered a waste crop. The firm also works with nearly 100 farmers in Uttarakhand and Uttar Pradesh to supply raw material to other hemp startups. The majority of the company's revenue comes from health and wellness products, with hemp-blend clothing and accessories accounting for the remainder.

As BOHECO is associated with the entire process of producing hemp-based textiles, it incorporates all the processes right up from selecting the right kind of seeds for cultivation to making yarn out of hemp. Their efforts to make products out of medicinal cannabis and industrial hemp that had never been done before in Indian markets put India on the radar as a potential treasure mine for hemp-based products. “Mr. Ratan Tata Sir has even told us, You are sitting on a gold mine; this industry is going to boom,” emphasizes Oberoi. Since they were industry innovators, and there was no institutionalization in this sector before, BOHECO helped formalize the entire supply chain from the ground up. Using the help of two major farmer groups, they were able to create a fully functional supply chain successfully. Due to this successful implementation of their business, they have received roughly Rs 13 crores (~$2 million US dollars) from a group of investors that include Ratan Tata, chairman emeritus of Tata Sons, and Rajan Anandan, Google India’s managing director.

In Uttarakhand, a farmer cultivates approximately 200-400 square feet of hemp, growing as wildflowers in the region, quoting the potential of industrial hemp, and using the harvest to produce locally-used fiber, hemp oils, and seeds. If the market was created for that crop, however, and hemp was cultivated and systematically produced for the textile, cordage, and food industry, farmers would expect a return on industrial hemp of an average of over US $14,000 per acre, compared with wheat per acre (about US $900).

The estimated market potential alone of the Uttarakhand Natural Hemp Reserve is US $64 million, indicating the huge income and livelihood potential for the farmers and boosting the farming sector. While other natural fibers such as coir and kenaf can also be used to produce materials and textiles, they continue to be limited to cottage/trade industries or not cultivated in bulk.

This innovation is predominantly environment and society-centered with a profit incentive. BOHECO is a perfect example of a company that follows the triple-bottom line approach. While their initial motive was to organize the hemp farmers into a productive socio-economic unit, it has since extended into empowering all workers, especially women, and also generating returns in the process.

This innovation has a multi-tier benefit to its cause: it involves combining nature’s gifts and human capital in the best possible way. The primary focus of this innovation has been around the northern state of India - Himachal Pradesh. They identified an abundant naturally-growing crop that had been neglected all these years, and created a sustainable solution out of it. Using Hemp as a lens, BOHECO not only provides the knowledge and expertise for the various processes but also “helps the farmers empower themselves in a way that they are not dependent on (us) for assistance and further explore ways to sustain themselves,” Oberoi mentions.

Furthermore, creating textiles out of Hemp uses 1/400th the amount of water consumed for creating a single cotton t-shirt. This innovation is not only unique in the way of harnessing the benefits of an underutilized crop, but is also an extremely sustainable and much cheaper alternative. As Oberoi said, “we found our social goal, and worked our way towards it. Sustainability was an outcome, not the end-result."

During this process, BOHECO needed to engage a lot of farmers and workers and, as a result, have successfully managed to employ many workers, which significantly helps with the unemployment concerns India faces. They have helped over 500 farmers obtain a secure livelihood via the steady income from BOHECO.

Lastly, by developing such sophisticated mechanisms to organize the farming sector, BOHECO has helped to generate employment and has also eliminated the disparity between gender inequality. Through this, they have managed to reduce to a great extent the stark gender inequality that persists in the Indian workforce. Additionally, BOHECO's work with artisans benefits females. “A total of 150 women weavers were employed with our on-ground partners and were trained to weave with hemp yarn,” says Oberoi. These women are indirectly employed at the Nandadevi Centre of Excellence in Uttarakhand and have been skill-trained to produce hemp textiles.

BOHECO (Bombay Hemp Company) is an agro-based enterprise that specializes in medicinal cannabis and Industrial hemp-based products. The company conducts extensive research on the various by-products and derivatives of hemp and empowers farmers with this knowledge. They facilitate the development and production of hemp-based products using sustainability as a lens.