Hazardous Waste is No Longer Hazardous

Vkusvill stores provide their customers with a unique opportunity to hand over hazardous waste and other wastes that are not accepted in many processing points. Such wastes include batteries and plastic cards. Besides, Vkusvill is especially attentive to the choice of processing companies to ensure that all wastes will be recycled.

One of the main principles of Vkusvill company is a careful and economical attitude to nature. Under this heading company initiates many environmental measures. In the summer of 2015, containers for collecting used batteries were installed for the first time in several Vkusvill stores. Since then, this local action, invented by employees of the chain of stores, has grown into a separate large-scale project. The most difficult thing in this task is not to collect the batteries, but to find a reliable recycling company and ensure that it will go to recycling, rather than to the landfill. Vkusvill has been very diligent about this challenge. The store centrally delivers the batteries that are left in special containers by the customers to Megalopolisresurs - the leading processor of batteries, electronic scrap and X-ray waste in Russia (based in Chelyabinsk). Since 2017, the installation of containers for collecting used batteries has become one of the rules for opening new shops.

Another innovation introduced by the chain of stores is the installation of containers for collecting unnecessary plastic cards, which are also not accepted at all processing points. In December 2019, one hundred Vkusvill stores began to cooperate with the Wallet mobile app and installed its eco-boxes for collecting unnecessary plastic cards. It is worth noting that Vkusvill, unlike other collection points, accepts all types of plastic cards. The Wallet takes the cards from the eco-boxes and takes them for recycling.

Thus, Vkusvill provides people with the opportunity to hand over hazardous waste and take part in environmental protection. 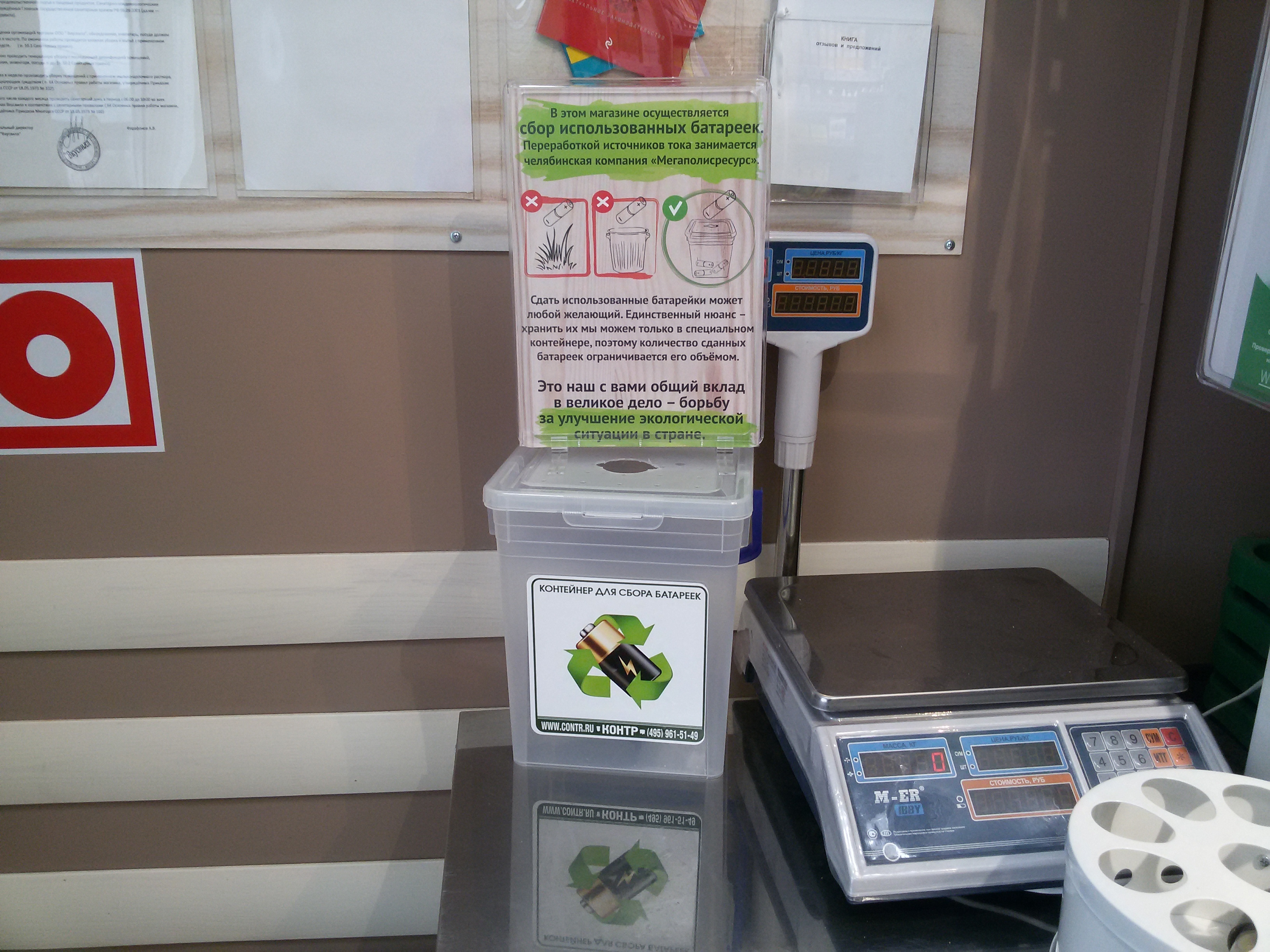 Taking care of the environment is one of the main goals of the company, and all initiatives that were listed above are steps in this direction. Collecting harmful waste, such as batteries, allows the company to avoid huge damage to the environment, which is very important for Vkusvill. If we talk about the utilization of plastic cards, the company's thoughts on the feasibility of issuing plastic cards in modern conditions encouraged it to initiative. "Vkusvill stores, like other companies, are expanding their online functionality. Now we are looking for alternative formats for our gift cards, which still exist in plastic format," said Alexander Tsygankov, curator of environmental projects of the Vkusvill network. Collecting unnecessary plastic cards also helps to avoid environmental pollution.

In the short term, these initiatives allow Vkusvill to contribute to the fight for improving the environmental situation in the country and the world. The preservation of the environment and responsible business conduct are one of the company’s main objectives. Currently, more than 70% of all battery collection points in Russia are located in Vkusvill, and in the year since the start of the initiative to collect plastic cards, the company managed to collect 342 kg of plastic.

In the long term, Vkusvill initiatives can attract more and more people in Russia to participate in the preservation of the environment. The company's initiatives facilitate the process of finding processing points for complex waste. Thus, maintaining an eco-friendly lifestyle in Russia becomes easier and requires less effort from people.

There is no commercial benefit to Vkusvill in the implementation of the above-mentioned initiatives. On the contrary, the company spends about 700 thousand rubles per month on the disposal of batteries. However, these initiatives have an impact on strengthening the image of Vkusvill as an environmentally responsible company and allows it to attract and retain customers who are also concerned about environmental issues, thereby increasing the revenue.

The Vkusvill initiative to collect plastic cards helps to make the planet cleaner, and the battery recycling initiative helps to avoid colossal environmental damage — contamination of the soil of the surrounding forests and fields with heavy metals, poisoning water and food. When landfills burn, batteries seriously pollute the atmosphere. In addition, 80% of hazardous waste once again converts into valuable resources, which are full analogues of those extracted from deposits — manganese, zinc, iron and graphite, so this initiative also helps to preserve natural resources.

Vkusvill is a Russian retail supermarket chain. It also has its own brand of food products positioned as a brand of healthy organic food.