Though they are defined by their stellar financial services within the industry, Santander is committed to using its resources for the noble cause of developing sustainable communities for people all across the globe. Whether by bringing financial education to those who need it, appointing more female CEOs, or providing work opportunities by setting up offices and branches in underdeveloped areas, the bank is hoping to eliminate poverty, attain gender equality, and provide sustainability for struggling communities.

What is more subtle is the manner by which they carried out such an unconventional yet compelling way to deal with development in an industry that blossoms with traditionalism. Santander's example of overcoming adversity is one of wise acquisitions and productive organizations combined with an unequaled eye for development openings. One other great innovative and forward thinking idea is that Santander intends to implement more women CEOs, this is a good idea for the organization because as it stands now nearly 85% of the CEOs are men. Santander would like to have at least 30% of all global CEO positions be women over the next 10 years. Santander is also planning to achieve gender wage equality by 2025 by introducing a more equitable wage structure. Santander is also aligned with the UN goals such as combating hunger, diseases, and environmental sustainability.

While there are many other innovations being spearheaded by the banking giant, their commitment to communities and their employees alike, is the main attribution of their success. Treating people as human is a part of the culture that they have worked so long and hard to create, and by adhering to the United Nations SDGs, they are trying to ensure that people have access to the resources they are entitled to. They have also made other strides in making an impact across the globe by their innovation regarding other pledges they have made, one of them being the Millenium Development Goals. Overall, Santander’s various innovations over the past several years truly have made a difference in the lives of who they touch, and they will undoubtedly continue their efforts to help all who need it. 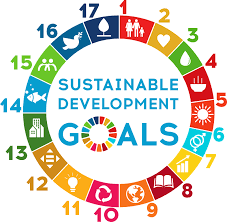 Our interview with AnneMarie was incredibly insightful, as she provided us with a few key explanations on the importance of the UN Sustainable Development and how they relate to Banco Santander’s daily operations. As she stated in the beginning of the interview, Santander employs more than 200,000 workers world-wide, operating in an expansive 15 countries. Being a bank of this size, they have a responsibility to set a good example in terms of its practices, which is why they signed The Responsible Banking Act to demonstrate their commitment to future sustainability. This starts with eradicating poverty worldwide by enabling the prosperity and well-being for all, as well as stimulating a sustainable environment. Part of entering into this agreement means that the banking giant will have to shift their entire operation to one that is more forward thinking and inclusive, and they have done just that. Firstly, as we had asked in the interview, the first step in eradicating poverty completely is making sure that those who are in it receive proper financial education so that they may be able to develop the resources to combat hunger, disease, and strife. In order to achieve this, as AnneMarie mentions, 8 goals, known as the Millenium Development Goals, were established in 2015. The participating countries gave a great update with this initiative, saying that incredible progress has been made in the past few years of reducing the level of poverty by half, proving that businesses can make a difference. This entails decreasing malnutrition across the globe in addition to an increase of the working middle class. AnneMarie sums this up perfectly in saying, “There is still a long way to go, but this is a good start”.

Another goal that Santander tightly aligns itself with is gender equality within the workplace. On a global level, Santander would like to see an increase of women in executive positions to at least 30% within the next decade, as well as complete gender wage equality by 2025 by way of an equitable wage structure. There are many other examples of how Santander incorporates the UN SDGs in its daily operations, with the bank ranking first in global sustainability amongst its competitors, according to the DOW Jones Sustainability Index. Guided by The Decent Work and Economic Growth Sustainable Goals, Santander believes that the bank must use its current position as one of the world’s largest banks to help those in need by providing inclusivity and sustainability throughout the globe. Regardless of financial standing, the bank looks to help people in any way they can, especially by attempting to offer their services in underdeveloped areas by offering loans and jobs in effort to provide long term sustainability for the community.

Santander is recognized as number one on the Dow Jones sustainability index, and they consistently prove why they deserve it. Santander promotes sustainable economics which can subsequently improve growth, development, and more equal opportunity. Having sustainable economics also promotes a wide use of renewable energy as well as a more proper utilization of natural resources. If sustainable solutions are not developed properly, then success becomes limited in the future. That is why Santander’s method of creating a strong footing within communities is so critical, because their success is contingent on the level of sustainability that society is able to achieve. Santander plans to develop a more sustainable society in the long term, while, in the short term, lifting up those who are currently in poverty. They plan to do this by committing to making more eco-friendly choices about the resources they purchase and how they move those resources. Santander is also planning to create more sustainable cities and communities, they are going about doing this by providing financial services while simultaneously educating people on more sustainable practices. This method is the key to the longevity of communities as a whole. The only way to ensure the thriving of individual areas, is to make sure the people who populate it are able to make their own informed decisions by giving them the skills to distinguish actions that will benefit them from ones that would undermine them. We believe that continual success starts with building a strong foundation where people can grow and blossom from, and through their various initiatives throughout the globe to combat poverty, disease, and strife, Santander has done just that. There is solid evidence to suggest that this impact has occurred. After following the Millennium Development Goals with several other banks, Banco Santander has contributed to reducing poverty in the last decade by nearly 50%, a statistic which is not only astounding, but also a clear indication that a difference is truly being made.

Now more than ever as the world recovers from the effects of the COVID-19 pandemic, the decisions of large businesses and corporations greatly impact society as a whole. The CEO of Santander, Tim Wennes, demonstrated he understands the role of business in the community in his 2019 "A message from the CEO." In his address to the Santander US community Mr. Reiss stated, "Despite the significant challenges our community has faced this year, Santander remains committed to driving positive change in the communities we serve through our Corporate Social Responsibility programs and efforts." (Corporate Social Responsibility Report, 2019) An impactful community centered initiative Santander has implemented is the continued growth and development to their Office of Diversity and Inclusion. This office, while under the direction of executive director Seth Goodall, demonstrated Santander's efforts to diversify with the $11 billion, 5-year commitment to lending, community development and charitable giving entitled the Community Reinvestment Act (RCA). A commendable accomplishment of the act thus far has been awarding $15.8 million in charitable giving by way of their programs i.e Santander Universities or Banco Santander Puerto Rico. The overall impacts, both short-term and long-term, are clearly seen proving to be an invaluable asset towards the world's post-pandemic recovery.

Though these initiatives benefit the community greatly, they also provide a great benefit to business itself. Clearly these SDGs are helping to create better lives for various communities around the world, however, they also are able to create a culture throughout Santander which focuses on building up those who are needed. Of course financial services companies are motivated by profit, but this gives employees an opportunity to work towards something more than just their work and completing tasks. They are able to make a difference in the lives of millions of people across the globe, which is very fulfilling.

Because of this drive to help those in need, Santander also benefits because they are able to bring their services to underdeveloped areas and create new opportunities. These opportunities, however, are for both the company and those in the area, as it is a way to create a sizable amount of new jobs that need to be filled, an action which stimulates decent work and economic growth and also works toward reducing poverty. While this is happening and growth occurs for communities, Santander is also able to expand their reach and investment opportunities all over the world.

There is more benefit to these commitments than just mere business. AnneMarie had said it best, “The greater motivation of employees is the greater commitment to support the prosperity of people and the companies. We boost sustainable development thanks to committed, diverse, inclusive, and fair teams”. This means that Santander is committed to everyone, regardless of who they are or where they come from. There are, indeed, many SDGs Santander has woven into the fabric of their culture, but their commitment to sustainable cities and communities is most notable. The effects of these efforts are quite visible to the community, as the company itself was granted certification as the top employer in Europe. This is awarded to companies that are able to create excellent conditions for communities as a whole, by creating prosperity and jobs which foster the professional development of the area in which they live. This certification applies to regions such as Spain, Poland, United Kingdom, Austria, Belgium, Germany, Italy, and Holland, as well as their strides of employment in Latin American countries. Santander clearly has made an incredible impact across the globe with their commitment to the UN Sustainable Development Goals by letting those in need know they are cared for. They hope to work with other banks in the future in efforts to expand their mission of bringing sustainability to the world and making it a better place for all.

One of the defining characteristics of any society is its ability to adapt and move forward. Unfortunately, there are some areas of the world that are not afforded the resources or education in order to keep up with areas that are developing a bit quicker. This is why Santander's role is critical in terms of societal advancement.

As previously stated, Santander's commitment to the Millennium Development Goals over the past several years were able to reduce poverty by 50%, a level which is absolutely astounding. They were able to do this by offering affected areas financial resources and education, to ensure that they were able to make well-informed financial decisions that would allow their communities to thrive. However, on a macro level, they are creating robust and thriving economies with every community they enter, a factor which is paramount to society as a whole. Santander's efforts have contributed an immeasurable benefit to millions of people across the globe, and because of it, our society continues to thrive and grow to new heights. 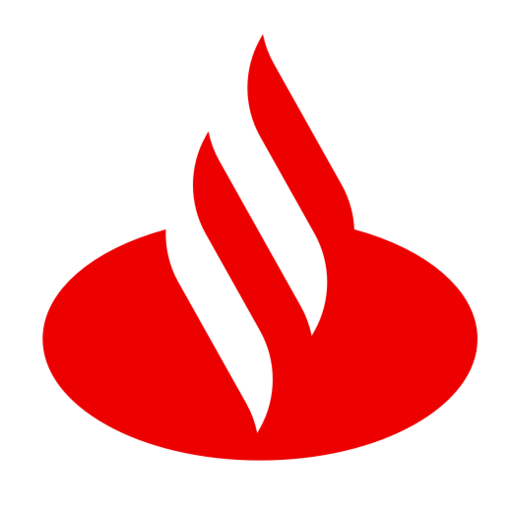 Banco Santander is a financial services company based out of Spain. With nearly 165 years in the industry, in addition to over 15,000 employees spanning across 15 countries, Santander is committed to finding financial solutions that fit individual customer needs on a daily basis. Some of their services include savings, mortgage loans, investments, current accounts, and more.