Green Oasis in the Desert

Can one use reed plants to purify water contaminated with oil? BAUER certainly can!

BAUER Resources, part of the German BAUER Group, specializes in environmental remediation: sewage treatment, groundwater and soil decontamination. In 2009, BAUER Resources developed a solution for the oil industry, that enables separation of oil from water by means of reed plants. In the middle of the desert, around 700 km from Muscat, Oman, a green oasis arose. The reed-bed Nimr water treatment plant, which, after an expansion, today purifies up to 115,000 m³ of oil-contaminated water daily, is one of the largest natural water purification systems in the world.

For its achievements, the company has already received a number of awards, such as the "Global Water Award" in April 2011 and the in-house “Chairman's Award for Excellence” later in the same year. In February 2012, it won the “Award for Excellence in Environmental Projects and Products” at the Offshore Arabia event in Dubai. The project was also the National Winner in the “Sustainable Project of the Year” category of the MEED Quality Awards 2012.

Water is a normal byproduct in oil recovery. Often it makes up as much as 80% of total production and needs to be separated from the oil. However, traces of oil usually remain in the water. Pedro Ferreira, Business Development Manager at BAUER Resources, explains the problem: “The separation is not absolute. Normally, they (the oil producers) pick up that water and they re-inject it back where it was before.” This, however requires high amounts of energy and may negatively impact the environment.

The Nimr plant takes a different approach. The wetlands technology applied in Nimr is usually used for sewage treatment, but BAUER applies this technology in an entirely new field. Instead of pumping the water back into the earth, it flows through the wetlands that the company established in the middle of the desert, not far from the Nimr oilfields. There, reed plants decompose and absorb the residual oil. The water that remains at the end of this process is purified from oil, but with a high degree of salinity. It is either evaporated to extract the salt or used in the cultivation of crops that can tolerate these levels of salinity.

So far, this approach is unique. “For sewage itself there are a lot of companies in the world doing this. But for produced water from the oil fields we are the only ones doing it,” Pedro tells us. With the application of innovative technologies for the water treatment in oil production, BAUER contributes to five of the seventeen SDGs: The company purifies water, considerable lowers energy consumption, reduces CO2 emissions, eliminates the environmental hazard posed by residual oil in the water and creates a habitat for many species in the middle of the desert along the way. This corresponds to the Goals 6 "Clean Water and Sanitation", 7 "Affordable and Clean Energy", 12 "Responsible Consumption and Production", 13 "Climate Action" and 15 "Life on Land. 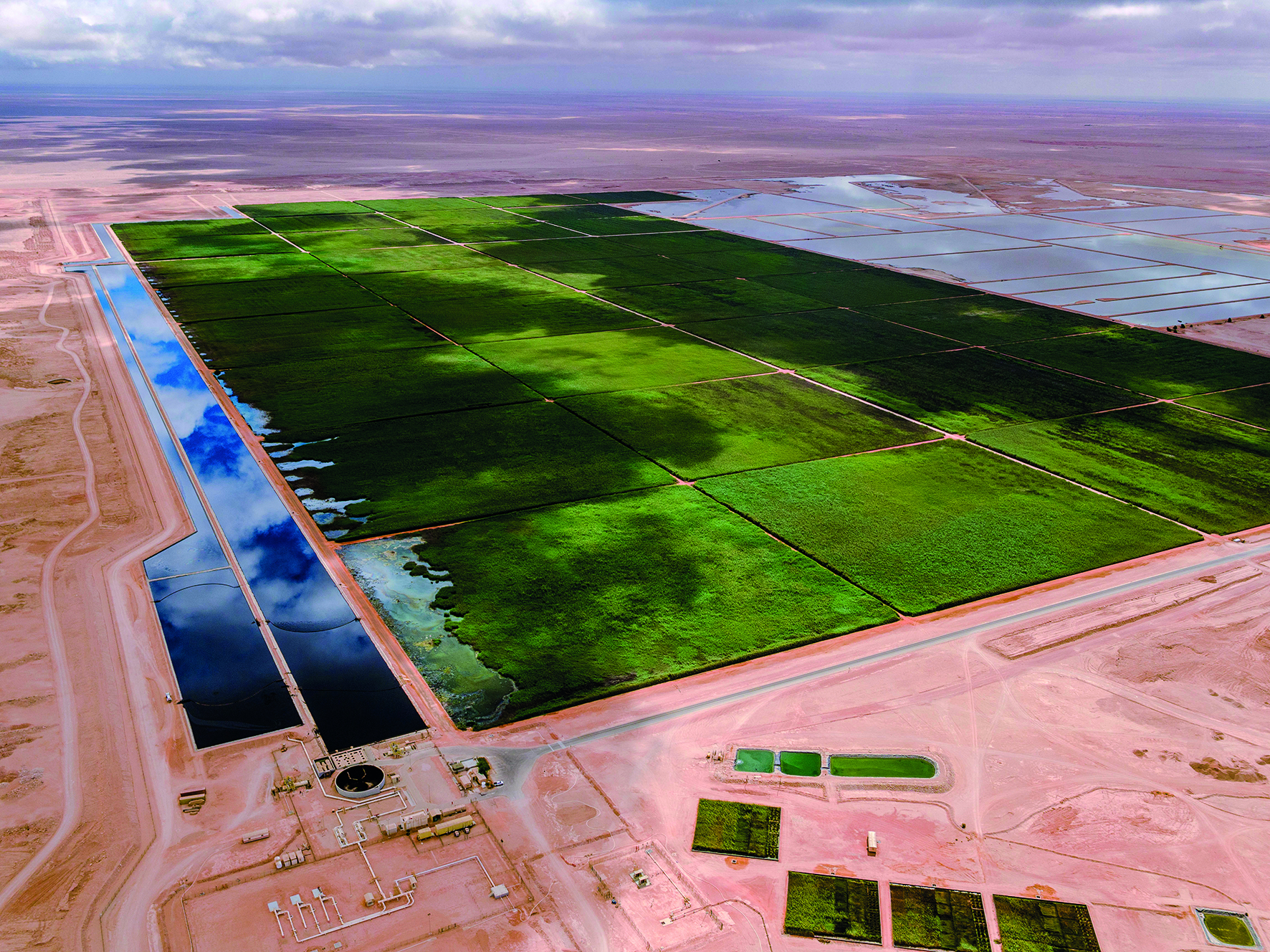 The Nimr water treatment plant was born mostly out of practical concerts. As part of an international company, BAUER Resources tried to solve the problems their clients were facing in a way that would be both profitable and sustainable at the same time. According to Pedro: “The client faced a problem and asked for the more innovative technology. BAUER came up with a sustainable idea that, after testing, managed to improve the sustainability of the Produced Water Management in Oman, as well as reducing the ecological footprint.” The idea proved to be so successful that the plant has been expanding since its inception and it is planned to grow even further.

BAUER achieves simultaneously several objectives at its Nimr water treatment plant. The company is able to recover more oil than would be possible with traditional methods. By purifying water from oil, they eliminate a potential environmental hazard. This purified water is then used in growing crops that have an additional economic value. Moreover, the plant considerably lowers energy consumption, as well as CO2 emissions.

One of the Nimr water treatment plant’s biggest advantages is its scalability and flexibility. As long as the conditions are right – availability of space and a degree of salinity in the water that can still be tolerated by plants – similar projects can be realized almost anywhere.

Another distinctive feature of the company is the lack of energy required, as opposed to the traditional method of pumping water back into an oil well. The water runs along terraces without the need of additional pumps. All the other work is done by the plants and, as Pedro reminds us: “They do it for free”, fueled only by the sun.

The water that remains at the end of the filtration process is used in agriculture. Only certain types of plants are suitable, as not all plants can tolerate the high salinity of the water. So far, tests with the cultivation of salicornia, cotton and jojoba were successful – all of these plants have a high economic value. In this way, BAUER is, as Pedro puts it: “Transforming the waste that costs to get rid of into a product that you can sell”.

Around the Nimr water treatment plant, a green oasis has developed in the middle of the desert, a habitat for thousands of migratory birds and five different reed species. BAUER uses only plants native to the region, nothing is imported or genetically modified. This way, the plants perfectly fit to the environment and no foreign species are introduced into an environment where they do not belong. Taking into consideration degradation of natural habitat around the world the project has a positive impact on biodiversity.

The method used in the Nimr water treatment plant requires only 1% of the energy used in the usual method, thus decreasing emissions. In fact, the Nimr project is projected to contribute around 4,6% to the Omanese Nationally Determined Contribution to the Paris Agreement. Already in its initial stage, the energy requirements for the reed bed are as low as 66,000 MWh for the whole area of 2.3 million m², only a fraction of the 3,630,000 MWh that would be needed for traditional deep well disposal. The same is true for CO2 emissions. The reed bed produces around 35,700 tons of CO2, as opposed to the 1,960,000 tons that the traditional method would create.

As a project dedicated to sustainability, the Nimr plant also contributes to the development of society. The project employs mostly local workforce (around 60%), thus increasing the resilience of the local community. 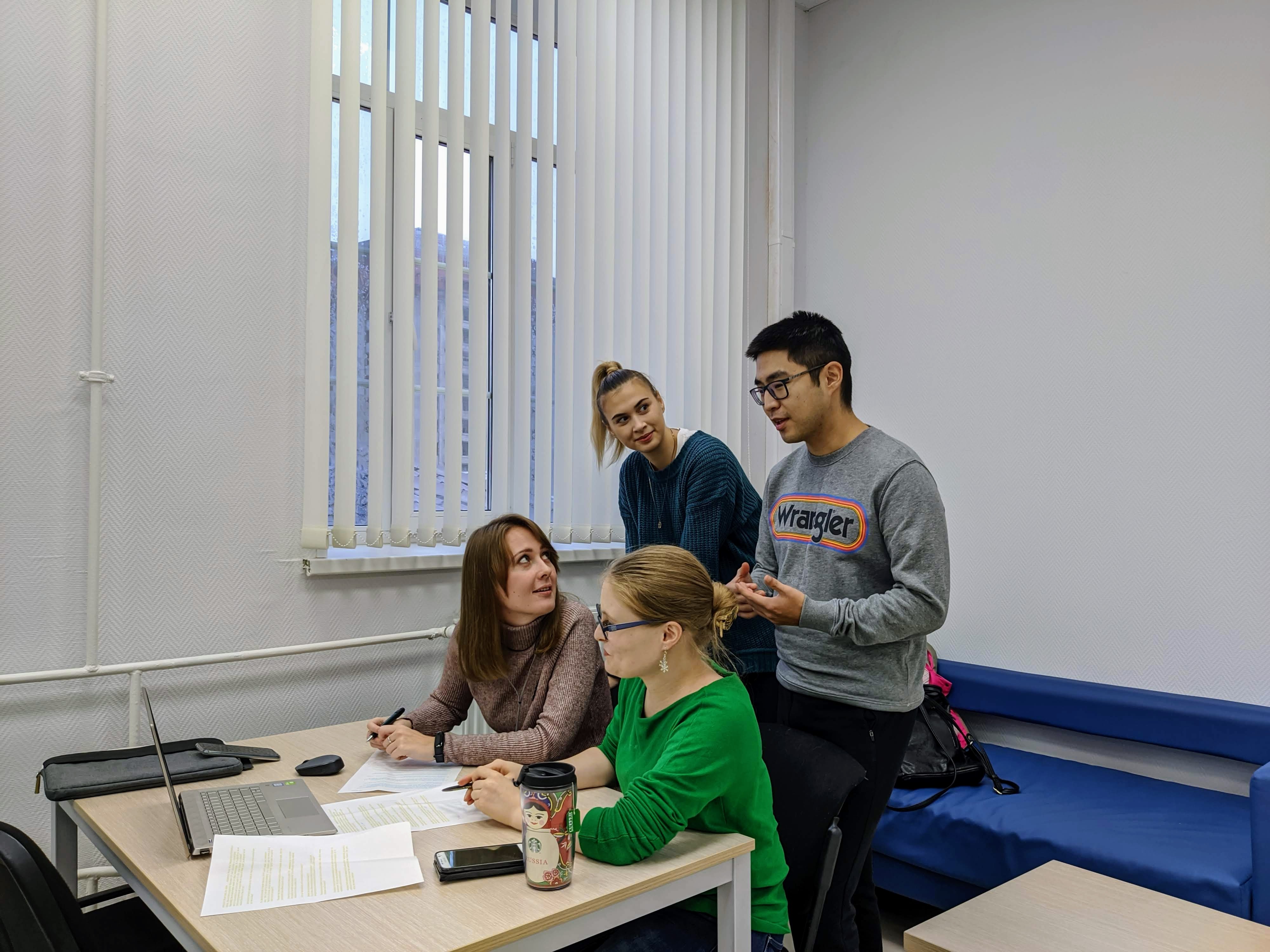 BAUER is a German conglomerate that provides services and equipment for the construction industry. It specializes in complex excavations and foundations as well as mining and exploration of natural resources. Its division BAUER Resources is active in water treatment, waste management and environmental remediation.