Finding new and better ways of doing things is a priority for GrandyOats. They strive to make their products not only healthier for the people that consume them, but also for the people that cultivate and provide the ingredients, and the earth itself. Through the establishment of organic products, to the current progress of fair-trade certifications and compostable packaging, GrandyOats has put their best foot forward to be a leading actor in innovation.

GrandyOats has been a company of innovation for its entire life, but the most notable changes began in the early 2000’s. This is when they pushed to become a fully organic producer. Of course, this did not happen overnight, innovation as such takes time and the process of becoming organic was not all that easy. It took GrandyOats approximately four years to find and source organic ingredients and then execute their own products using them. At the time, organic ingredients were few and far between, and it was even more unheard of to go to the local grocer and simply buy a fully certified organic product. GrandyOats was ahead of the curve when it came to going organic. Over the years, they have even had a role in helping other small companies make the switch. One company in particular that CEO Aaron Anker guided to produce organically was Allagash Brewing Co, one of the top ten microbreweries in the U.S. In 2020, GrandyOats assisted Allagash in the process of becoming certified organic and aided them in the production of their first organic beer.

A third illustrious aspect of GrandyOats innovation is their recent introduction of compostable packaging. Evan Connolly, a marketing assistant at GrandyOats who has been working closely with the addition of compostable packaging, shared valuable insight. He described the smaller nut roasting business that motivated GrandyOats to begin this undertaking, and the respective costs associated. When only a single small company is interested in utilizing compostable packaging, it is very expensive because bag producers are not willing to take up the required space in their inventory when there isn’t a huge market for it. However, when larger quantities and bigger companies in general have an appetite for it, the bag producers are more willing to invest in it because they know they will receive their desired returns. The more companies that choose to use compostable packaging, the cheaper it becomes. Compostable packaging has recently been launched on the GrandyOats website for direct consumer orders. Although switching from plastic bags to compostable bags will double the costs for GrandyOats, CEO Aaron Anker proudly said that it will be well worth it because it’s a good investment and their customers will appreciate it. Further innovation is to come alongside this as GrandyOats plans to perform shelf life testing to ensure the quality and discern the perishability of the product. 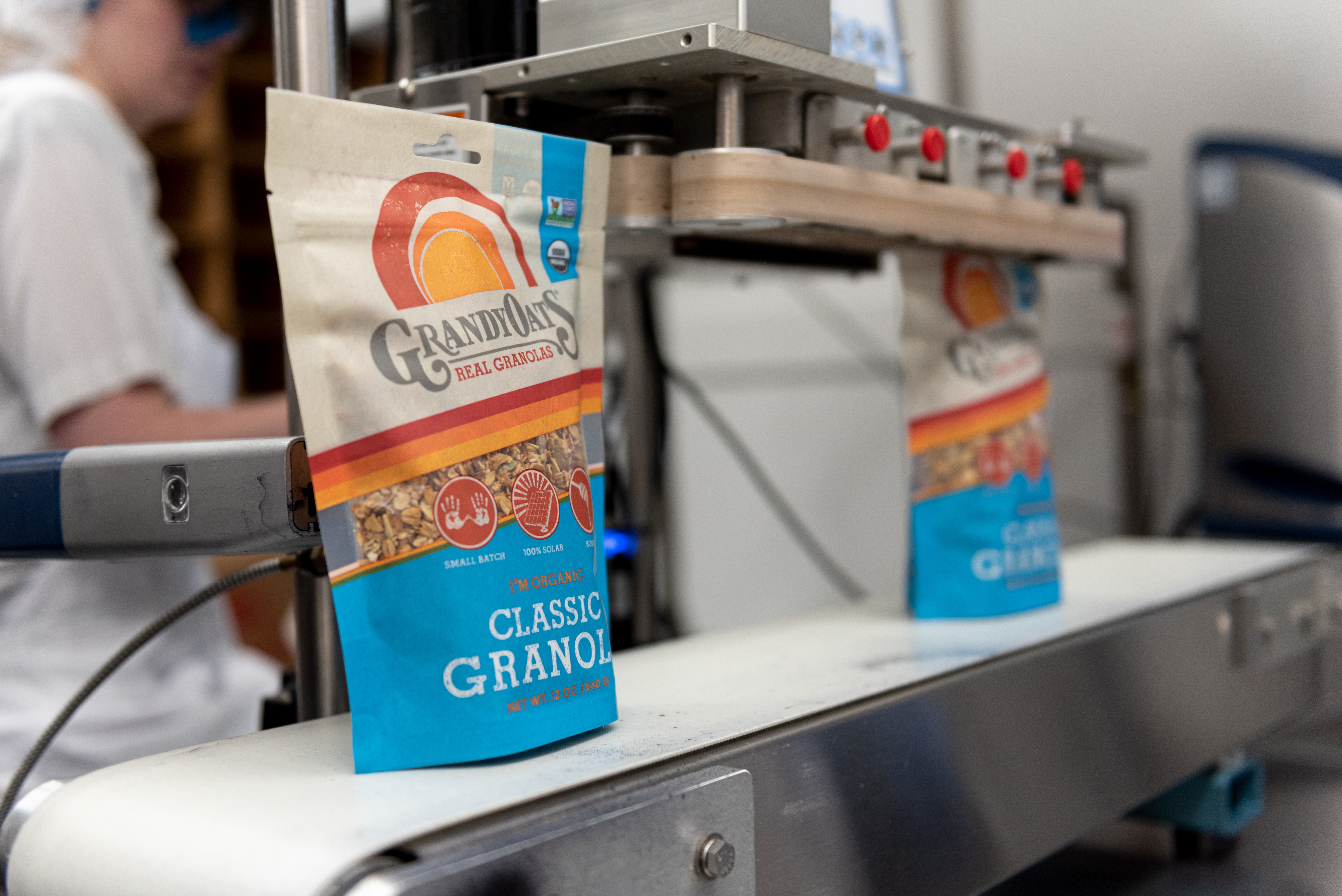 The inspiration behind GrandyOats principally stems from their aspiration to nourish people, their respective communities, and make the planet a better place overall. They aim to improve the environment and breathe life into local communities by creating jobs, participating in educational initiatives, and building strong intrapersonal relationships. They have been inspired by other small businesses based in Maine to use their platform to make a difference. CEO Aaron Anker realizes that success is not defined by the amount of money made, rather it can be measured by the impression left on people and the planet. A significant motivating factor for GrandyOats was the potential to influence other companies to take similar actions and lead by example, because no company is too small to make the world a better place. When asked to describe one takeaway he wanted to emphasize about GrandyOats, Anker indicated “We’re the real deal. We’re good, authentic people that try everyday to do the best job we can to make the most delicious food in the most environmentally and sustainable way. We employ awesome people and just try to make a difference.”

GrandyOats has touched many hearts throughout the years, whether that be the customers who enjoy their delicious granola, those that benefit from their donations, or other business leaders who learn from their sustainable practices. They encourage free-spirited thinking and engage in meaningful relationships to spread their passion for the environment and for the well-being of the local community. Their goal is to show other small businesses that they can make an impact too, and so far they have been very successful in doing so.

As Aaron Anker wisely advised us, “You have to be profitable before you can be good.” With his leadership and dedicated employees, GrandyOats has done just that. The CEO generously shared a story dating back around seventeen or eighteen years ago. The company had just announced a new product called Organic Trails, and the first thing Anker thought to do was search for a philanthropic partner. He soon found the American Hiking Society, which ensured the upkeep of hiking trails so nature could be enjoyed to its intended extent. Although this partnership was aimed to be beneficial, it didn’t work out and could not continue because it never made the product profitable. It was then that he really learned how true this quote was. As positive as some philanthropic endeavors may be, if they do not return any profit to the business, they will not last long term. Anker explains that this is because a business cannot afford to pay their employees and living wage if they are not making enough money to do so. So while profits are not the most important thing to ethically based companies such as GrandyOats, it is clear that they are necessary in order to stay ethical and sustainable.

The environmental implications of Grady Oats are abundant. An impressive fact about the company is that it runs entirely on its own energy produced by its 288 solar panels in the fields surrounding their bakery. This allows them to offset over 145,000 pounds of greenhouse gas emissions annually. Also interesting is that the bakery sits in an updated and revitalized schoolhouse that was out of use. Instead of using materials to build a new construction, GrandyOats decided it was most environmentally friendly and made the most business sense to reuse what was already there.

Socially, the company holds much importance too. GrandyOats is very much a community oriented business, as all of their operations are in Maine, and they try to source as much as possible from the same area. When they give back, many times they choose to do so within their very own community. This is meaningful because the local and surrounding towns are the ones who helped grow and shape the company into what it is today, and Aaron Anker makes it clear that he is very thankful for that. One way that the company helps out locally is being its towns largest employer. One of Anker’s beliefs is that rural America has too many times been falsely promised better representation and aid. Thus, he has taken matters into his own hands in order to provide the job opportunities his rural town deserves.

GrandyOats also prides itself on its partnerships with nonprofits, which is equally important to them as partnering with other profit bearing businesses. Typically, a new organization is chosen democratically each month, and that is who receives a portion of sales. In this way, they are able to promote social justice issues and do their part in advocating for equality and life for all. Some of their most momentous partnerships have been with Equality Maine who focuses on creating safe spaces for LGBTQ+ youth, Full Plates Full Potential which supports children of Maine in receiving the nutritious food they need to thrive, the American Civil Liberties Union that fights back against attempts to revoke the right to vote, and Black Women’s Health Imperative. 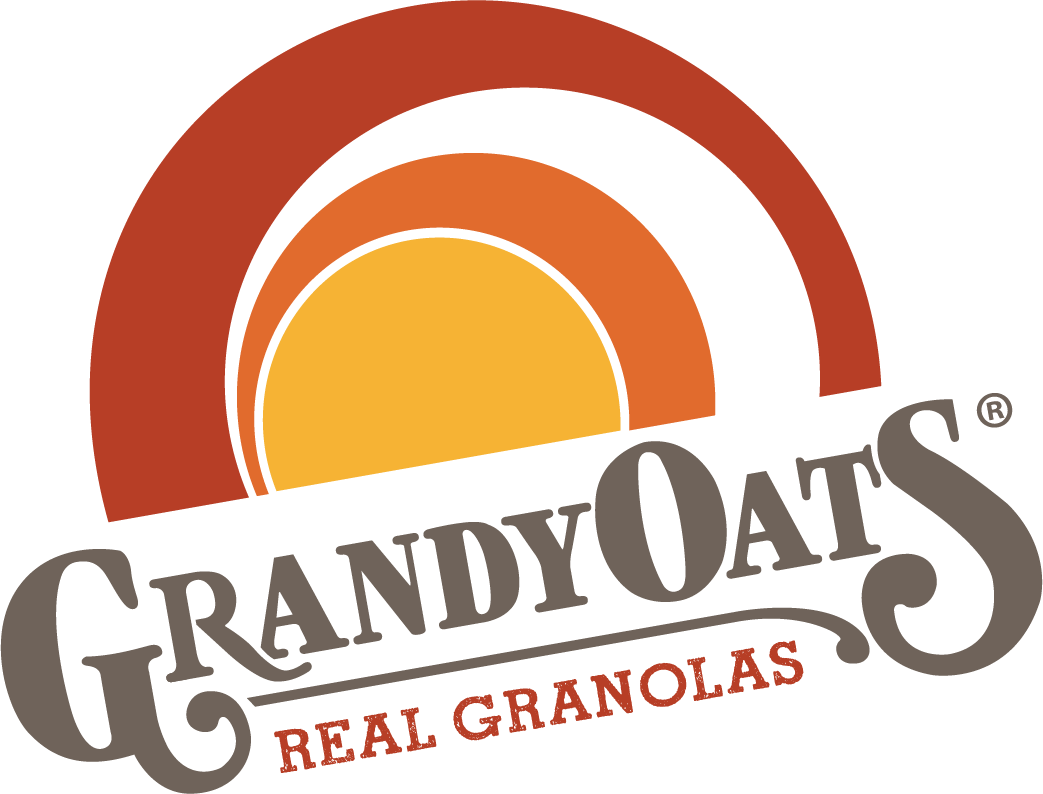 GrandyOats is a company that focuses on the production and distribution of organic granola and similar products based in Western Maine. Their products are all USDA-certified organic and non-GMO. They bake in small batches to ensure the best quality as they aim to nourish people, the planet, and communities.