Muuse offers customers an environmentally sustainable option for takeaways by combining technology and reusables. Through the Muuse app, customers can borrow and return reusable cups and containers like a library book instead of using disposable ones. This innovation helps address SDG 11, Sustainable Cities and Communities, and SDG 12, Responsible Consumption and Production, through replacing disposables associated with takeaways with reusables and promoting an alternative to the dominant “take-make-dispose” paradigm, a shared and circular economy.

Muuse, or Mu(lti)use, is a mobile app that aims to solve the problem of single-use takeaway waste through fostering a shared and circular economy. Founded in Bali, Indonesia by a renewable energy expert, Brian Reilly in 2018, Muuse has started its operation in Toronto, Canada in 2021 which makes it one of the three cities with Muuse’s presence, along with Hong Kong and Singapore. Muuse enables customers to enjoy their favorite drinks in reusable cups without waste and hassle. Using the Muuse app, customers can find the location and navigate to a partner café, borrow a stainless-steel reusable cup by scanning the QR code of the cup and enjoy their beverages waste-free with no extra cost. “Consumers can borrow a cup like how they can rent a bike or a library book and return it at any participation location [with the app]. The app is like a zero-waste pass” says Scott Morrison, the Partner of Development, Canada, about the Muuse app. After consumers return the cups, cafes wash and sanitize the cups onsite for the next customers to borrow. The Muuse app also serves as a digital platform for the Muuse team to track and trace the entire cycle of the cups such as the routes the cups have taken and the cleaning process to guarantee safety requirements. “Each cup has an individual serial number to it so we can track how many times each individual cup has been washed and which cafés have washed it” says Morrison.

Muuse is constantly innovating. It is preparing to expand its service to food containers in Toronto and allow customers to borrow reusable food containers like the Muuse reusable cups. “You can get takeaway without the garbage. Think of all the different ways that we use takeaway and now it’s all garbage free. It is really exciting to be able to do that” says Morrison with enthusiasm.

Muuse recently launched a pick-up service much like how garbage and recycling services work but for reusable food packaging. This collection service retrieves eligible items (e.g. milk bottles with a deposit) and sends the customer back their full deposit value. Currently this service is only available in Toronto and is conducted by bicycle and/or hybrid vehicles. Muuse also provides consumers the option to donate the deposit to non-profits that help make reusables more accessible to marginalized communities. 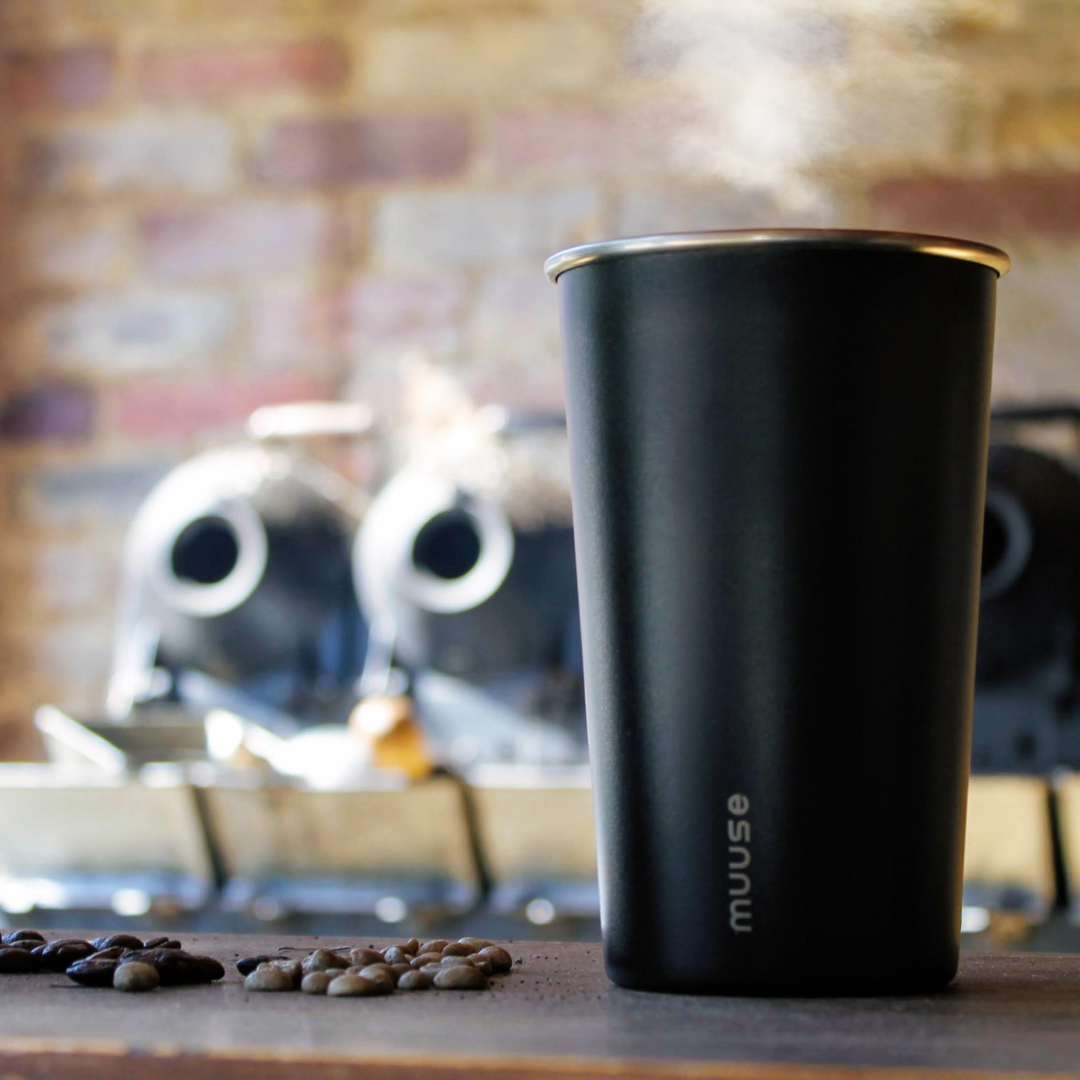 Muuse, formerly known as Revolve, was created on the beach of Bali by Brian Reilly who was concerned about the enormous amount of plastic and single-use waste and their impacts on global ecosystems. “[He] didn’t like seeing all the garbage on the beach so [he] just began speaking about [it]” says Morrison about how Muuse began. The core business model of Muuse was formed after Reilly had a moment of realization that a reusable cup system can tackle the problem of takeaway and single-use waste on a plane from Bali to Shanghai. Instead of a “take-make-dispose” paradigm for takeaways he asked what if restaurants can adopt a reusable system for takeaways so that the same cups would be reused repeatedly, just like what is already done inside restaurants.

Reilly gathered a team together and Muuse was officially launched in 2018. It first began as a program targeting festivals in Bali. However, through learning on the job and conversations with others in the industry, it changed direction to primarily targeting cafes. “The coffee industry has always been on the forefront of environmental [and social] discussions, from organic to Fairtrade” Morrison reflects. Muuse’s operation was also expanded from Bali to Singapore and Hong Kong.

One of the major barriers that Muuse faced while expanding was the hesitancy for an upfront deposit charge, although it would be refunded when customers return their Muuse cups. To address this issue, Muuse has developed a mobile app as a membership platform and experimented with different pay structures. For example, when Muuse was first launched in Toronto, it offered a free trial month but charged consumers a monthly or yearly fee for the Muuse cups. However, with the cost of paper cups surging due to supply chain issues associated with COVID-19 and increased public concern on plastic waste, the Muuse Toronto team was able to leverage these factors and changed the price structure to charge participating cafes instead of customers. Customers only get charged if they do not return the cups after 30 days.

On the other hand, the digital platform allows Muuse to track data on its cups such as inventory at cafes and cup usage data. It also enables Muuse to utilize a decentralized reuse system where Muuse cups can be returned to multiple locations and each café washes the Muuse cups they receive. A decentralized system minimizes the transportation of cups from cafes to a centralized cleaning facility and back to cafes and helps Muuse to be energy efficient. Muuse’s digital platform and decentralized system are also what has attracted Morrison who is a co-founder of an event-focused reusable NGO in Toronto, to partner with Muuse and bring it to Toronto.

We have served that many meals and beverages in reusables globally” says Morrison. The most direct impact of Muuse’s innovations must be the benefits it brings to the environment, to tackle disposable waste directly from the beginning of the waste hierarchy, to reduce the amount of waste generated, and reuse existing resources to prevent them from turning into waste. Morrison adds that the number of borrows does not translate exactly into "diversion” – some people use Muuse when they would have normally said no to a single-use item. However, Muuse would create an even greater environmental impact as it continues to expand and attract new members who would otherwise have used disposables. Imagine all the coffee cups, non-recyclable black plastic lids, styrofoam takeout containers you see flying on the streets, getting stuck in garbage bins, in the landfill, gone.

Muuse’s innovations also create opportunities for conversations about a circular economy in communities. “Our cafes now have a dashboard where they can see how many cups have been borrowed through them and they really like that because they like to be able to have that conversation with their customers,” says Morrison as he shares a story: “[The owner of] one of our newer cafes, he’s just so excited about [the dashboard]. He looks at it every single day and talks about it with everybody who comes in through the door. It's like he's thrilled that finally, his industry has a solution to this problem. He said that he almost started a reusable coffee cup program himself. And that's just it. That's exactly why people like our program because most of the people who have joined our program have thought about creating one themselves for their coffee shop. But it’s so difficult to do.” Muuse’s innovation reduces the barriers that prevent businesses from entering the circular economy space and gives business owners the chance to get involved without a hefty investment.

The success of Muuse’s innovations enables Muuse to expand its operation from a single location to multiple major cities in the world. Muuse’s journey has started in Asia on the beach of Bali, to a base office in Singapore and it has ventured out into Toronto, one of the biggest cities in North America. Muuse has started with only reusable cups, but now it has a reusable pickup program in Toronto where it is also preparing to launch its reusable food containers. But it doesn’t stop there. “There is a lot of innovation yet to happen to accommodate all the different kinds of products” says Morrison. Muuse is constantly experimenting with new products and services on the circular economy front.

Besides reducing waste, Muuse’s innovations benefit the environment through promoting awareness on environmental issues inherent to the “take-make-dispose” paradigm which is embedded in the current society. By stimulating conversations on Muuse cups and the environment, Muuse invites consumers to reflect on their consumption patterns, life cycles of products they consume, and the current waste management system. It demonstrates the importance of the 3R’s framework and that the order matters: first reduce, reuse, and then recycle. Muuse also facilitates discussions on a shared and circular economy and educates consumers on the significance of sustainability. Through these conversations and partnerships with cafes, Muuse serves as a medium to gather like-minded people who are environmentally conscious and allow them to build connections. Such collective power can be significant to initiative social movements and collective action on environmental problems. 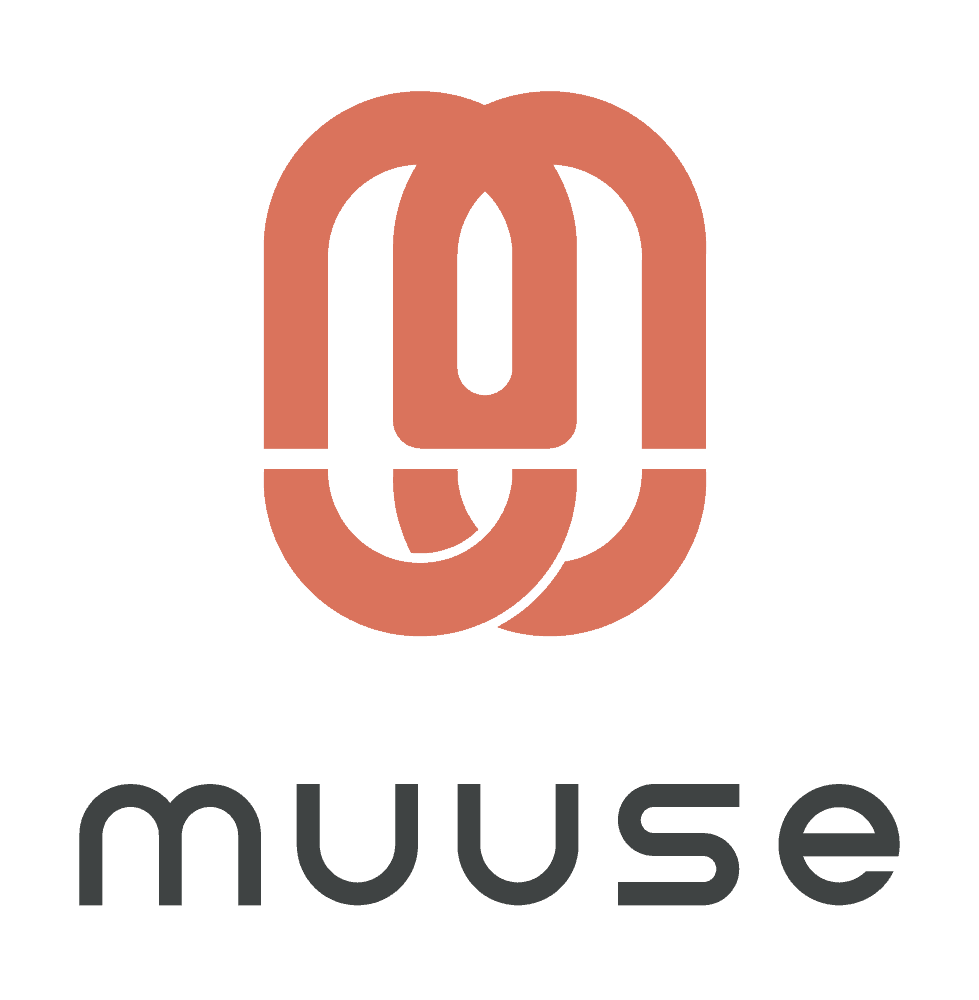 Muuse offers customers the freedom to ditch disposable cups for takeaway beverages through a digital platform that lends out reusable cups at cafes. It is currently operating in Singapore, Hong Kong, and Toronto, with plans to expand its service to include reusable food containers.