Determined to be ethical from the ‘get-go’, the sourcing of Fairtrade and organic ingredients was an essential starting point for Karma Drinks first product, Karma Cola. It was fundamental that a sustainable and equitable trading relationship existed between Karma Drinks and their potential suppliers, the ingredients needed to be as good as possible for the planet and the consumer. Yet, it was during the search for compatible suppliers that the company’s real innovation unfolded. Chris Morrison stated, “We discovered most colas in the world don't contain any cola nuts, so the growers of the nuts are getting nothing from their namesake, so we ended up in Sierra Leone, where there are villages that survive round the production, of cola nuts.” It soon became obvious to the founders that just paying a fair price for the cola nut would not sufficiently support the war-torn survivors of the 10-year civil war, where 60% of the population earns less than US$1.25 per day (The Karma Cola Foundation Report). Thus, The Karma Foundation was created with 1% of all sales going back to the villages that grow the cola nuts.

The Karma Foundation is the innovative business model, “It’s not about ‘giving back". We don’t just take in the first place. We share ideas, inspiration, the work, and the benefits. This entire endeavor revolves around the principle of what goes around comes around ” (Karma Cola Foundation Report).

Chaired by Albert Tucker, a London based Sierra Leonean, and Fairtrade advocate, the Foundation works directly with locally-based German NGO Welthungerhilfe and eight villages in the Tiwai region of Sierra Leone, near the Liberian border.

This partnership funded by every Karma drink sale primarily focuses on addressing:

• No poverty (SDG 1), by providing the Sierra Leone villagers access to economic resources through micro-financing, training projects, and a stable international market for Cola nuts.

• Zero hunger (SDG 2), through supporting food security such as the building of barns and the provision of rice hulling machines for three of the villages. That not only eliminates hours of manual labor but also provides revenue opportunities through hulling for other villages.

• Good health and wellbeing (SDG 3), through the funding of health education programs, such as the funding of the Ebola sensitization programs. By raising awareness and knowledge around disease prevention and management through entertainment education. The villagers are empowered to stay healthier in a country where doctors and public education are scarce.

• Quality education (SDG 4), by funding the education of girls in the form of bursaries. In Sierra Leone three-quarters of all females are illiterate, so education is particularly important for female economic independence.

• Decent work and economic growth (SD 8), through expanding the market for cola nuts, and supporting micro-enterprises such as guest houses. A minimum viable process approach is taken, where existing structures are used where appropriate. “During the Civil War it had not been safe to work the forest farms, and they had been left dormant. The relationship with Karma Cola has enabled their reinstatement. It’s a big boost to the health and resilience of the community. The farmers themselves continued the process of rehabilitation after the initial support from The Karma Cola Foundation.”

• Life on the land (SDG 15) is encouraged by providing farmers with a viable revenue source, through the growth of cola nuts. They are then motivated to grow environmentally sustainable crops, resisting the temptation to clear the rainforests for palm oil and timber plantations. While at the same time protecting the habitat for the rare pygmy hippos and Diana monkeys.

• Partnership for the Goals (SDG 17), through supporting an equitable and viable trading system with farmers in a developing nation. 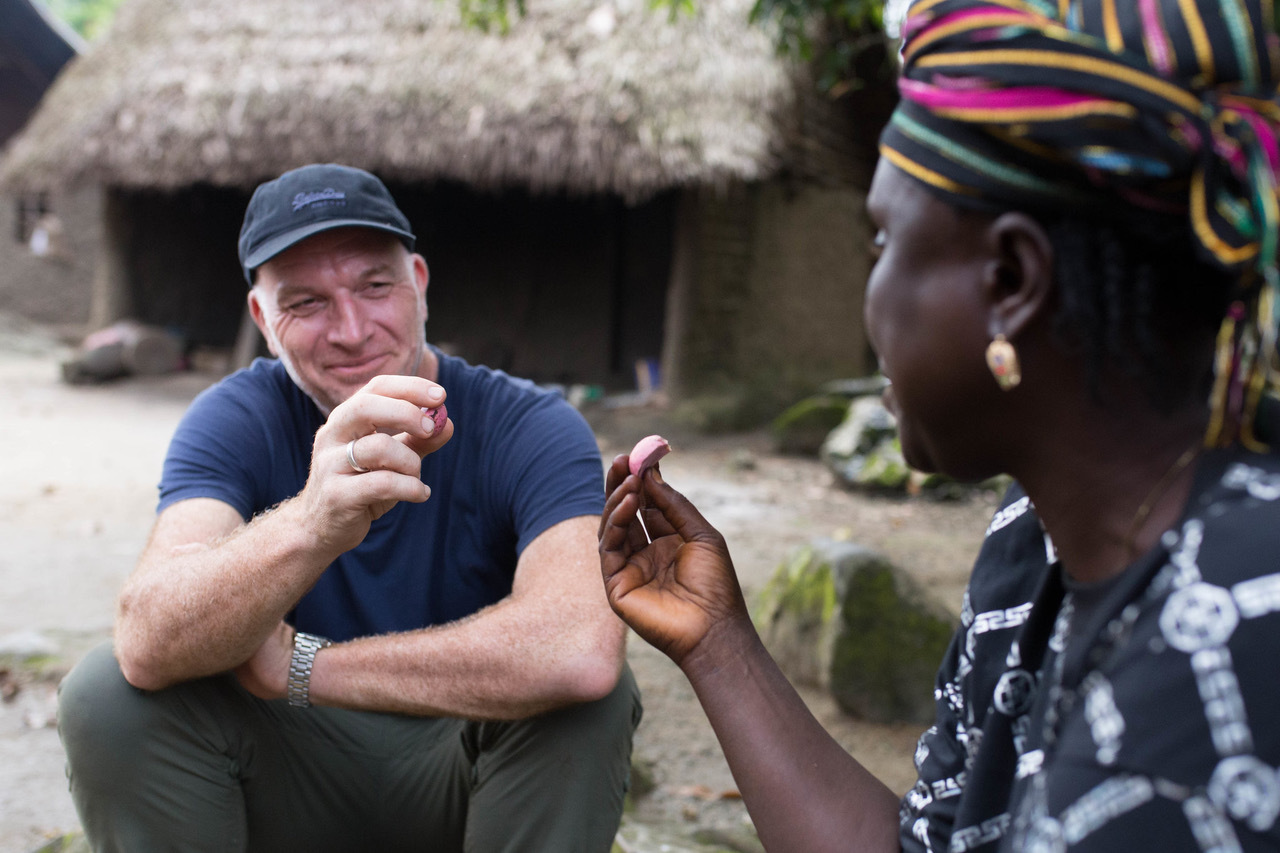 “Running good businesses and ethical businesses with good outcomes (is) an extension of how we live our lives and (how) we want to influence others”- Chris Morrison.

Buoyed by the success of an earlier business, All Good, which involved procuring and selling bananas within New Zealand, the co-founders, realized it was possible to carve a successful niche despite market domination by a few large players. Armed with this ethical business model, they decided to tackle another corporate giant, Coca-Cola, by providing consumers a principled alternative. While at the same time providing their new business with a far more shelf-stable product in the form of a fizzy drink.

“We’ve sold 12,000,000 of our good karma drinks in 23 countries. All this has enabled the Karma Cola Foundation to support farming communities in 8 villages in Sierra Leone: we’ve helped build 3 bridges, provided bursaries for 100 girls to go to school and we’ve paid 8 teachers to educate another 614 children. We’ve invested in 50 local entrepreneurs trading their way to a brighter future.” - The Karma Cola Foundation Report

Karma Drinks business innovation has positively benefitted the business in a number of ways. Firstly, by providing a very marketable story and a real point of difference that is difficult for others to replicate.

“It's great storytelling stuff. The fact that we can show growers we can build a brand around their produce…. talk about their lives and the difference that consumers are making when they support an ethical brand…..and business in the middle also doing well….it is just a holistic way of running a business.” Chris Morrison

Secondly, the business model is a financial success story, with $11.4 million in sales for FY2019 including 50% sales growth within the United Kingdom market (8). This, in turn, allows the business to share their success with their staff in the form of the Living Wage:

“It’s only reasonable that our staff is paid enough to at least support themselves and their families to a reasonable standard of living. It’s the people who deliver our drinks, who sample our drinks to shoppers in supermarkets, and who run our accounts who are most important to driving our growth and driving our brand - so it’s vital that they are reasonably paid and feel some Karma from their hard work.” - Matt Morrison.

Karma Drinks positively impacts on both society and the environment, demonstrating it is possible to run a viable business and also directly contribute to a number of the SDGs. However, more significant is that the innovative business model is replicable.

“Whether it's for tea or coffee or chocolate or clothing …the model can be transferred across.” Chris Morrison

Thus, their story is an inspiration, through the unique combination of a product that is both desirable (it has a ‘cool factor’, tastes good, has no pesticides), and makes a tangible difference in others lives of those in need.

“The direct connection between the people who drink the drink, and the people who grow the cola, is how we live up to the name on our label. Karma.” – Simon Coley 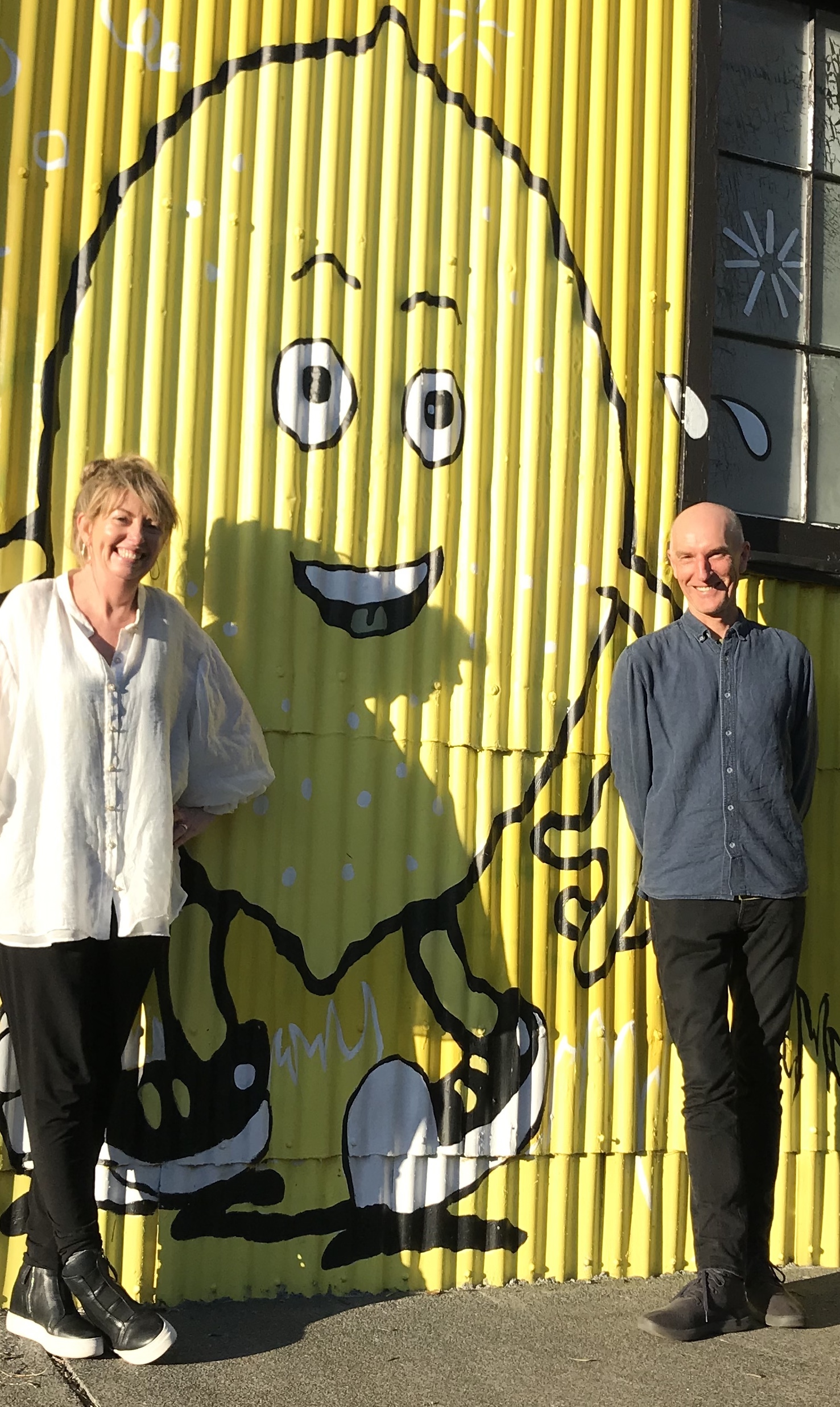 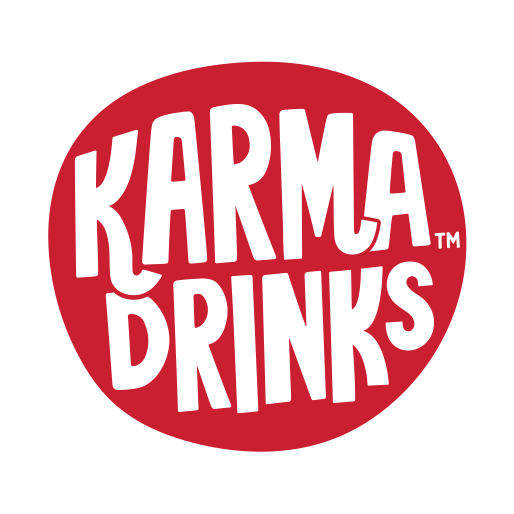 The New Zealand company Karma Drinks is far more than a beverage company. Established in 2010, founders Simon Coley, Chris Morrison, and Matt Morrison are on a mission to make a difference. With a mantra of "drink no evil," they create fizzy drinks that are good for the planet, good for their suppliers, and taste great.