Strawesome is a Michigan-based company that sells artistic glass straws. The straws come in a variety of colors, designs, and styles, with benefits that reach all across the world. Their mission is to bring awareness to the negative effects plastic straws have on the environment and human health through an “artistic, eco-friendly and health-conscious drinking straw.” (Our Story, Strawesome).

The 2018 international campaign against single-use plastic straws sparked a greater conversation about the impact of plastics on the environment. Daedra Surowiec, founder and artist of Strawesome, began advocating against plastic straws almost a decade before that conversation started.

Strawesome aims to eliminate the need for single-use plastic straws by providing a beautiful, easy, and healthy alternative: a glass straw. These straws are made from borosilicate glass, which won’t break like crystal might when in use. They come in a variety of sizes, including one made specifically for kids, and wide ones that can be used to drink smoothies. The big draw of these straws, however, is the artistry behind them. Strawesome glass straws come in a variety of colors and can have beautiful decorations added to give them a bit more personality than a normal clear glass straw (although they do offer those as well). Their personalization makes drinking out of glass straws fun and invites people to give them a try. Glass straws, and other reusable straws, are easy ways the general public can make a difference for the environment. As Surowiec says, “simple things make big changes.” 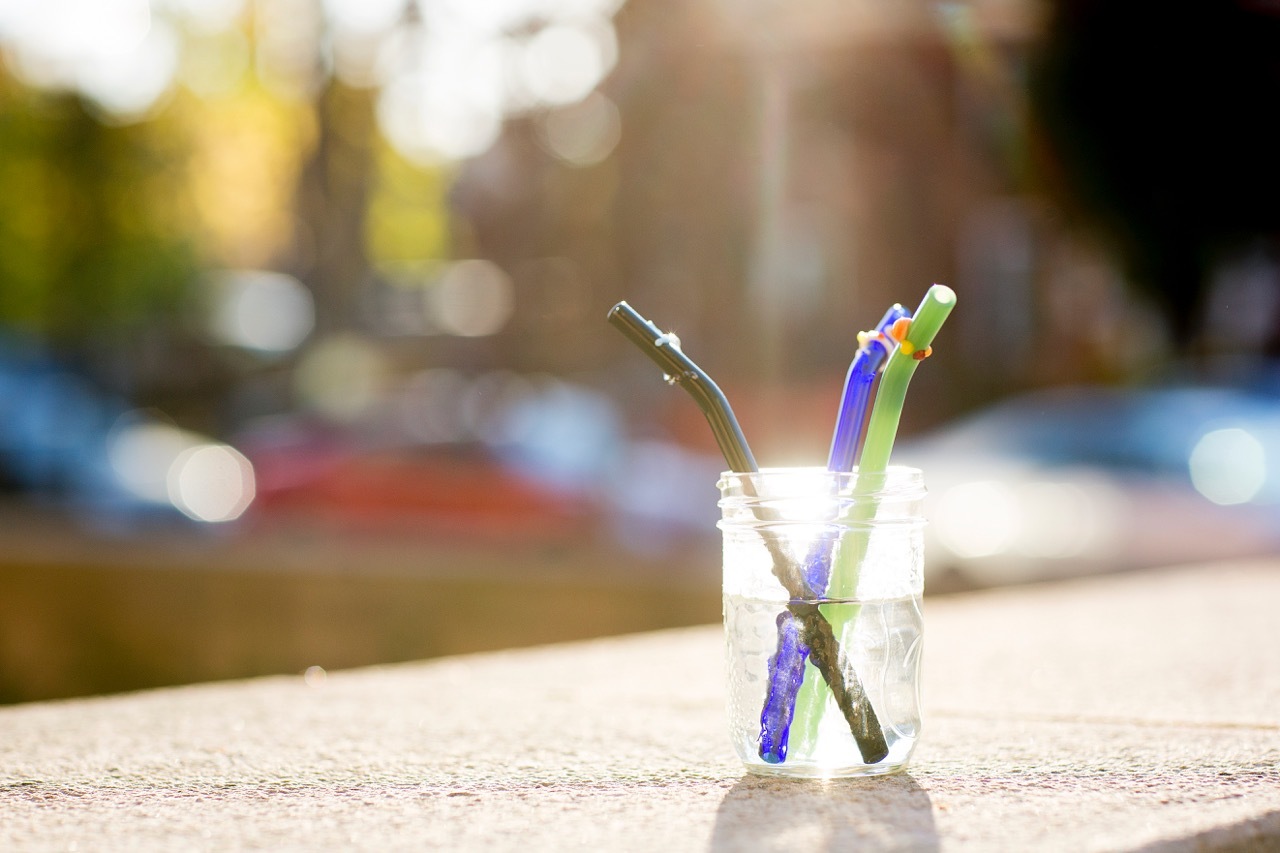 Shown here is an example of the beautiful and colorful designs that Strawesome offers.

Surowiec first became interested in sustainability when she was pregnant with her first child. She reflected that being pregnant “really did teach us more about looking at different products that you put in your body, looking at the products you use to clean your house.” She and her husband, Brian Surowiec, wanted to pay attention to what they were bringing into their homes and bodies for their children. Part of this process for them was ditching plastic straws. Plastic straws are not just bad because of their negative impact on our environment. They have also been shown to leach chemicals into the liquids you are drinking, which then settles into your body where it could cause harm (McDonald, 2008). Surowiec’s effort to ditch toxins led her to ask a friend who designed glasswork to make them a few glass straws. Instead, this friend brought Surowiec into the world of glass torching and showed her how to make the straws herself. After a couple of classes, Surowiec knew it was something she really enjoyed, and she moved to bring her artistic straws to the public. The company started on Etsy, but after a couple of months and resoundingly positive feedback from customers, the Surowiecs bought the name Strawesome and started a website for their straws.

The name Strawesome actually came from her husband and co-founder Brian Surowiec. Not only is Strawesome a catchy title, but it is also the pair’s appeal to the public on the subject of plastic straws:

Reusable straws positively help the environment by keeping single-use plastics from being thrown away. Only 9% of plastics are recycled according to a 2017 report from Science Advances. In addition, 79% of all plastics end up in landfills or our natural world. Reusable straws eliminate plastic straws from this statistic entirely; instead of trying to mitigate the problem with recycling, the problem is eliminated. Strawesome advocates for glass straws not only because of this statistic but for the good that they do for human health. Their work supports the Sustainable Development Goals (SDG) of good health and wellbeing, responsible consumption and production, and clean water.

Strawesome is a growing company. The glass straws are sold to people all over the world, from the small Michigan town where the company began to as far away as Hong Kong. The company was recently able to move the glass working function out of the Surowiec’s home and into a larger commercial space. Reusable straws are a popular item. In 2018, glass straw searches on Etsy were up 63% from the prior year (Money, 2018). There is a market for glass straws, and the added artistic flair that Strawesome offers sets the straws apart from competitors. The effort and care Strawesome puts into the straws is clearly evident upon holding one. The company also offers a range of products for any type of straw needed. There are straws that fit the measurements of certain travel cups, along with cases and cleaning supplies to keep the straws clean and reusable. The company also has a whole line called Straws for a Cause. These straws have designs that indicate the charities that a portion of the proceeds goes towards, such as turtle design straws that benefit charities that help save turtle populations in Hawaii and the Caribbean. This diversity in the glass straws makes the brand convincing and marketable. The range of products that Strawesome offers, therefore, promotes SDG 12: responsible consumption and production.

In the US alone, there are 500,000 straws used daily (home, Strawesome). These straws end up on our beaches, in our oceans and hurt marine life. Reusable straws keep those straws out. According to Surowiec, “it’s not just the environmental issues, but it’s also the health impacts.” Strawesome’s glass straws help keep toxins from plastics out of the environment and out of our bodies. Surowiec, and the Strawesome company, care about customers and the environment. Strawesome is a great example of a company that upholds SDG 3: good health and wellbeing. One of Surowiec’s favorite requests was from a quadriplegic customer who was drinking out of a rubber tube because of his disability. The tube was hard to clean and tasted horrible. Surowiec was able to craft a straw long enough, and that was bent at the right angle, to allow this man to ditch his rubber tube. Reflecting on the situation, Surowiec had this to say: “That’s the epitome of why you do what you do. It’s to help other people and make their lives better, whether it's helping the lady down the street drink more water or helping someone who’s handicapped be able to live their life better.” 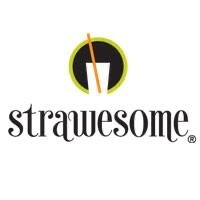 Strawesome is a Michigan-based company that sells artistic glass straws as a replacement for plastics ones. It was founded in 2009 by Daedra and Brian Surowiec. Education is an essential part of the company's mission: to advocate against plastic straws because of the negative effects on the planet and our bodies. Strawesome straws come in a plethora of colors, sizes, and designs to satisfy every possible straw need, and are sold all around the globe through the Strawesome website.