Utilizing its Market Driven Regeneration approach in the South Atlantic Rainforest, Guayakí seeks to preserve resources and traditions of this land with the profits from each Yerba Mate tea sold. Guayakí’s business model creates a positive feedback loop between demand and rainforest regeneration, creating a restorative cycle of environmental sustainability, carbon drawdown, and responsible production.

The innovation that distinguishes Guayakí as true stewards for responsible consumption and production is their Market Driven Regeneration Business Model. This is a business model deeply integrated into Guayakí that reinforces each activity within the value chain, creating a whole that is greater than the sum of its parts. The key component of the Market Driven Regeneration Business Model can be expressed with the following progression: the more demand there is for yerba mate, Guayakí’s flagship product, the more supply will be required, which will result in more land being protected and more environmental restoration being done. This is made possible by their practice of regenerative agriculture, a sustainable way to harvest yerba mate without destroying the ecosystem it comes from. A higher demand for their yerba mate product does not mean a vicious production process that only scales with growth, but on the contrary, a higher demands results in a higher rate of rainforest stewardship. Therefore, Guayakí works within a positive feedback loop, with market demand and rainforest restoration continuing to build upon each other’s growth.

But it is not only within the production of yerba mate that Guayakí is able to practice responsible stewardship. Their marketing strategy is exemplar of the linkages within Guayakí that reinforce their position as stewards for responsible consumption and production. Unlike the vast majority of companies, Guayakí does not follow the traditional route of marketing. They do not run advertisements on TV and other channels of media, and billboards and the likes are few and far between. Instead, Guayakí’s marketing strategy works by personally handing out samples of their product and engaging in conversation about the work that they do.

This is done for two reasons. First, Guayakí is deeply rooted in the practice of human relationships and interconnectedness, which stems from the ancient yerba mate culture of sharing a gourd. This method of marketing is Guayakí’s ability to authentically realize the yerba mate culture in a market setting. Second, by handing out samples of their yerba mate tea, Guayakí is able to play back into their Market Driven Regeneration Business Model, by creating more demand for yerba mate. Therefore, their marketing strategy is not only able to reach out to an audience, but at the same time, puts money back into the reforestation model.

In some ways, the whole company of Guayakí can be considered as an innovation in and of itself. It is rare to see a company that is not only focused on the environment, but able to do it so well through positive feedback loops within the system itself. Their production of yerba mate in the South American rainforest is done via multistrata agroforestry, which is considered to be one of the most effective tools of carbon drawdown. Within their distribution network, Guayakí employs a growing fossil fuel free fleet of cars, with goals of building a 100% fossil fuel free fleet. Even within the office setting of the company, Guayakí is very environmentally aware. They are conscious of how many flights they take, they work to source food from sustainable restaurants during company meetings, and they have a sustainability director who examines every part of the company for even more opportunities to enact environmental initiatives. The value of responsible consumption and production is a company-wide endeavor that is instilled at the heart of Guayakí.

Guayakí is able to be so efficacious in their environmental stewardship, as many of their practices positively play into each other. However, there comes the question of scalability and whether this practice can not only continue to grow within the company, but can be replicated elsewhere. As seen above, Guayakí’s regenerative practices are closely tied together with the demand for yerba mate, and as long as the demand grows, their regenerative practices are scalable and can grow in conjunction with demand. Externally, scalability becomes slightly more complicated, but still feasible. For other companies looking in, mere imitation of one or two activities will not fully capture the success and efficiency that Guayakí is able to reap. However, it does not mean that this innovation cannot be scaled outside of Guayakí. According to Henry Wheeler, the Northeast University Cebador, “Any company that requires farming in their production can integrate environmental initiatives into their sourcing of resources.” However, to be able to fully capture the positive impact that Guayakí is able to experience, other companies must share Guayakí’s vision of environmental regeneration and their culture of accountability, restoration, and sustainability. 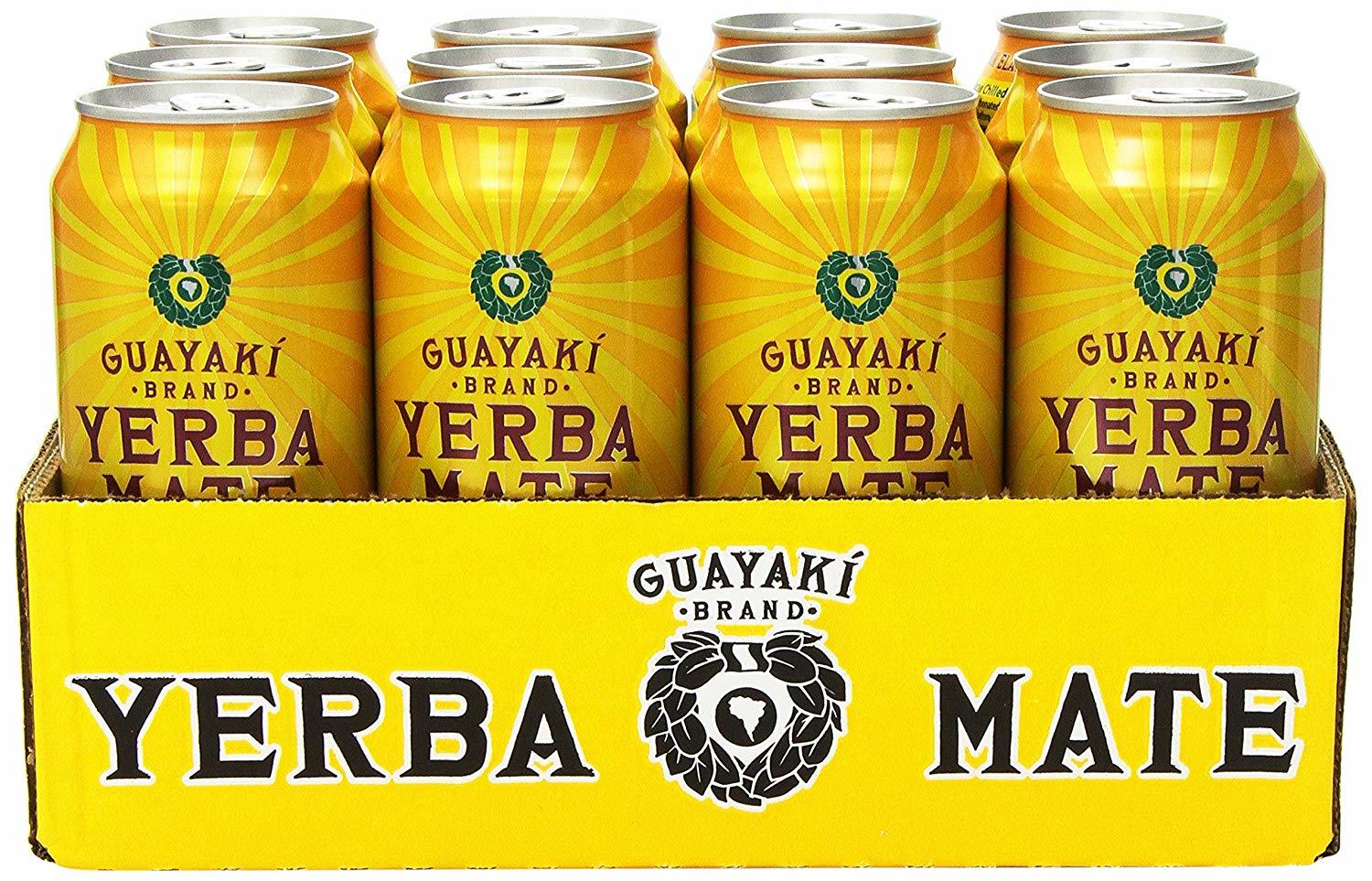 Founders of Guayakí, Alex Pryor and David Karr, met while attending Cal Poly University. While Karr originated from California, Pryor hails from Argentina which composes some of the 93% of depleted South Atlantic Rainforest where yerba mate is grown. Thus, Pryor had personally witnessed the destruction caused by unethical, irresponsible, and short term growing practices exercised by many companies seeking to exploit the natural resources and local labor of South America.

With the belief that a more eco-conscious, mindful approach to producing and consuming this product existed, Pryor and Karr, along with a couple other impassioned entrepreneurs, set out to establish a business model based on fair-trade pricing aimed at rainforest, and specifically yerba mate plant conservation, as well as community cultivation. In opposition to the typical, destructive practice of growing swarms of mate in strong sunlight, Guayakí employs local farmers who agree to grow mate in its natural condition to foster flourishing land. Further, Guayakí does not own, but rather sources from the land yerba mate is grown on, thus enabling the indigenous communities to utilize this land for many other endeavors as well.

Guayakí also seeks to preserve the traditional practice of consuming yerba mate tea. Indeed, rather than investing in commercials and other forms of advertisement for marketing purposes, Guayakí relies on university ambassadors to act as “cebadors,” the traditional title for the person who prepares and shares the drink with others in a hollowed-out gourd. These students contribute to the “culture of connectivity” emphasized by Guayakí whereby friends share the drink over conversation and in nature. This further emphasizes Pryor and Karr’s inspiration behind this product – to connect human to human. This connection is realized in free samples in the hopes that students will enjoy the drink enough to purchase it and Guayakí can turn that profit back into the reforestation model.

Through the integration of the company’s mission and business model, Guayaki has been able to bring about an incredible impact upon not only the environment, but the lives and well-beings of the indigenous communities of the South Atlantic rainforest. With the implementation of their market-driven regeneration model, Guayaki has been able to protect and regenerate 130,000 acres of the South Atlantic rainforest, in addition to providing 713 living wage jobs for the indigenous communities of this rainforest. Rather than simply buying the land and displacing these people in order to obtain the product, Guayaki instead chose to pay these communities for their farming of the yerba mate so that they could retain their livelihoods and utilize the land for other purposes as well. In doing so, Guayaki is directly impacting the lives and well-being of these people all while preserving the forest, extending upon the company’s vision.

In addition, due to the collective and cohesive efforts of the company to both reduce their carbon emissions and reforest the South Atlantic rainforest, Guayaki has been able to offset 3x the amount of carbon that they produce. The conscious efforts to bring the company’s mission to life have had a direct impact on not only the environment, but also on communities of people as well, the indigenous communities, employees of the company, and those who drink the product. The company plans to reforest 200,000 acres of the rainforest and foster 1,000 jobs by 2020, and in reaching this goal, Guayaki can further their long-term goals and impact in a time when these efforts are becoming more necessary.

As a result of the company’s practices and business model, Guayakí has been able to produce beneficial outcomes for its employees and the company overall. Due to the company’s commitment to its mission of living sustainably in all aspects, Guayakí has been able to draw in passionate, environmentally conscious employees, increasing retention and happiness. Indeed, for many employees, the innovation of seeing the integration of sustainability into regular business has been cited as eye-opening. By increasing employee loyalty and well-being, Guayakí is better able to engage its employees with the company mission and practices, creating a better environment for its employees all over the world.

As a result of success in this aspect in addition to its success in achieving sustainability and societal well-being, Guayakí is able to achieve high scores across the board on its B Corp Impact Report. As a Certified B Corporation, Guayakí enjoys PR and exposure, allowing the company to attract more consumers and investors who are also looking to make an impact. By tying in all these constituents, the company is able to reach more eco-conscious consumers with their product and successfully extend its mission to an even wider audience.

Guayakí’s Market Driven Regeneration business model directly benefits the environmental conservation efforts in the South Atlantic Rainforest. The method facilitates the use of profits from Yerba Mate teas sold in the United States to cultivate and protect the lands destroyed from years of misuse and irresponsible destruction of these lands. Guayakí is focused on the long-term growth, production, and consumption of yerba mate tea, ensuring its benefits and enjoyment for generations in the future.

In addition to the overt benefits to the environment, Guayakí’s innovative business model provides various benefits to society as well. It strives to improve life on land for many species, including the human race, providing the indigenous peoples in the South Atlantic Rainforest with livable wages. This improves the quality of life for Guayakí’s suppliers and assists in ending the exploitation of cheap labor in South America that continues to persist. Guayakí also hires ex-convicts, facilitating their smooth transition back into reality and a functioning economy. In addition, Guayakí does not own, but rather sources from, lands in the rainforest. This enables indigenous peoples and local labor to use the land which would be cleared and used solely for yerba mate growth to be utilized for a variety of purposes that can benefit the society and biodiversity in the South Atlantic Rainforest. Further, Guayakí yerba mate plants are grown in their natural shady conditions, opposed to other brands, allowing it to exhibit more natural, organic nutritional value. 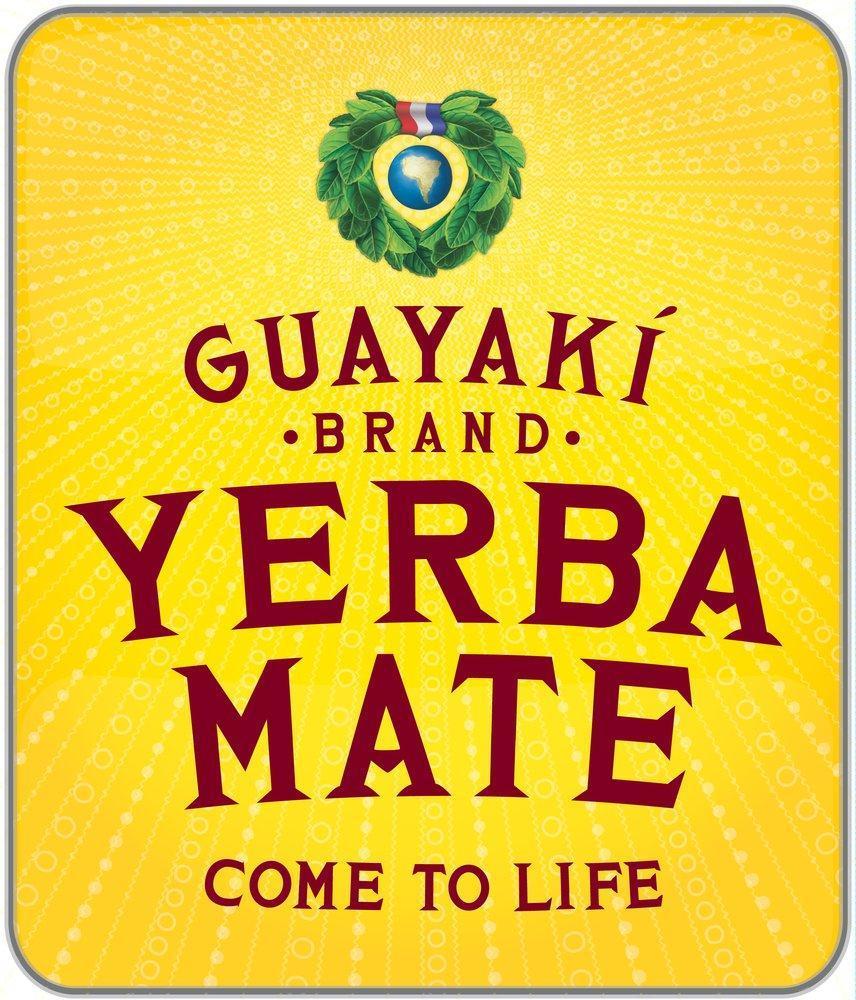 Guayakí Sustainable Rainforest Products is a privately held company located in Sebastopol, California which sells yerba mate tea across the United States. Providing living wages to its labor forces in the South Atlantic Rainforest, it sources only shade-grown plants from responsible farmers in order to ensure biodiversity and multi-purpose use of the land.