From Farm to Cup

The innovation timeline begins in 2010 when the fungus plague “La Roya” hit the Chiapas coffee tree plantations. Juan Carlos García and his partner took the opportunity to contribute to affected residents and their jobs, protecting cultures with bio-fertilizers. This innovation comes specifically from the business model of adopting vertical integration, which involves several operations such as the production, collection, toast, and final process of distributing coffee to the cafeteria, which includes all parts of the coffee value chain. Kali Coffee Roasters was created with the idea of making the coffee industry in Mexico a more sustainable, responsible, empathetic, and supportive environment.

Juan Carlos Garcia, the co-founder of Kali Coffee Roasters, exclaimed that “the coffee value chain is very complex" when referring to all the integrated steps required to make coffee a final consumer product. This is where Kali's innovation of strong vertical integration takes place: from the production, collection, and toasting, all the way to the final process in the cafeteria, which involves all parts of the coffee value chain. This so-called vertical integration happened by coincidence, when in 2010 a fungus known as "La Roya" attacked the producing area of Chiapas, affecting its distributors. Being motivated to journey to the start of the link, Kali Coffee Roasters joined efforts to equip the farm "Finca La Fortaleza" with responsible planting processes, as well as in solidarity with the locals, and supporting the environment with bio-fertilizers to protect the coffee trees from future pests.

The innovation has a direct relation to the mission and purpose of the business, and to clarify the above, Juan Carlos pointed out the mission of the company being, “To exalt Mexican coffee." Kali even went to an event called SinterCafe in Costa Rica, which is a great opportunity to interact with the world's top-notch coffee community, and noticed that Mexico did not appear in the top charts of coffee producers. This realization was a call for action for them, knowing that Mexico had the potential to evolve into a top 10 coffee producer. Focusing on the innovation and its relation to the mission, Juan Carlos explained that “if we do not carry out these processes and we do not improve our practices from the origin, we will not be able to fulfill our mission."

Having full control of the supply chain, aside from not having any kind of intermediaries, involves risks associated with the practice of vertical integration. For Kali Coffee Roasters, the main risk involves the company's activities. Juan Carlos Garcia mentioned that one can deviate from the company's objectives, by focusing more on economical aspects rather than social or environmental issues. 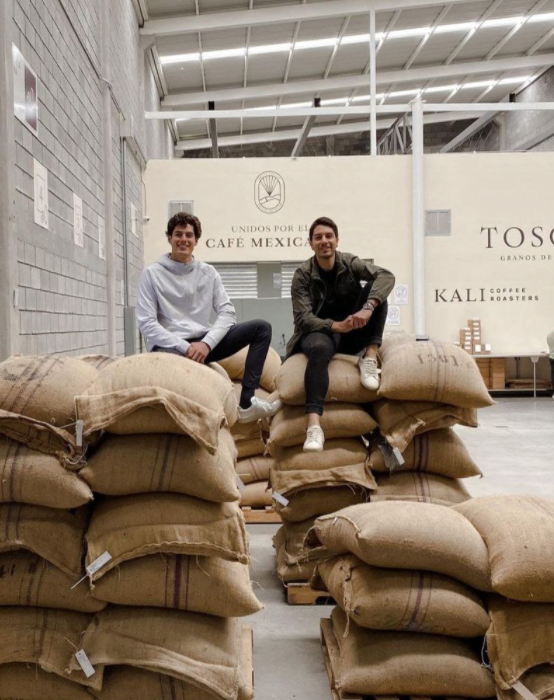 Kali Coffee Roasters was going to release a soluble coffee named "Toledo" but then realized “we [were] selling a sugar bomb, which is 70% coffee and 30% caramel … this has nothing to do with our values and we are definitely not proud of selling it." Kali Coffee Roasters' production of coffee was started to sell healthy coffee, without including any artificial ingredients or sugar because of negative health implications. This coffee would go beyond a brand: it would be a symbol of high quality and family values. The founders decided to share their culture through providing quality Mexican coffee, using the infrastructure of a business owned by Juan Carlos' sister's father-in-law. The founders launched their new brand, as well as the production of a quality coffee, all based on their origin and using real coffee beans. Therefore, this fruit was processed for production and later for consumption.

The innovation consists of their strong vertical integration, from the production, recollection, and toasting of coffee beans, all the way to the final process distribution through the cafeteria, which involves all the parts of the coffee value chain. Since its implementation, there have been several positive impacts in the community in which Kali Coffee Roasters operates, as well as in the environment, and even within the local economy.

Juan Carlos explained the short-term effects of the innovation that “since this land reconversion began, and by adopting these new ways of growing coffee, it helped a lot with the return of several species … it gave life to the place again, the rivers began to flow in a better way”." In other words, the flora and fauna returned, which was something the founders were obviously very proud of. In the short term, Kali Coffee Roasters has influenced its consumer to rethink what good, quality coffee is, which has led to the opening of other coffee shops. In the long term, Kali Coffee Roasters is hoping to change the coffee culture in Mexico so that people begin to value good coffee, encouraging other brands to start offering a better coffee grain. Juan Garcia stated, “the people of Mexico need to know that in their country there is good coffee, and with that being said, it should be produced here, and only then, we can export it anywhere around the globe."

Kali Coffee Roasters is certified with the Rainforest Alliance, which means it protects forests, improves the livelihoods of farmers and forest communities, promotes their human rights, and also helps them mitigate and adapt to the climate crisis. On the other hand, the company is currently in the process of becoming a Certified B Corporation, looking for a balance between purpose and profit, and considering the impact its decisions have on its workers, customers, suppliers, community, and the environment. This last certification will help the company demonstrate the impact it has made not only in the environment but also in society.

In the interview, Juan Carlos explained that the business continuously carries out the correct processes and good practices for farming, which is one of Kali Coffee Roasters' greatest differentiators and value proposition. He said, “our innovation is totally related to our mission and business purpose because if practices are not improved from the source, the mission of exalting Mexican coffee will not be fulfilled.” Therefore, it is closely linked to constant innovation and a continuous effort to strengthen the value chain.

Juan Carlos also mentioned that “the main competition of the business is the coffee culture in Mexico, that is, the level of culture that we have in the country to consume the product we offer.” The coffee market is not really brand against brand, but in fact, is about convincing people to consume good coffee that respects the producer while being purchased at a fair price.

According to Juan Carlos, the main impact for the company has been the ability to feel proud of what it does. Carrying out good practices is what it should be, but still, it is considered a way of innovating because there are bad practices that have prolonged among many generations that must be updated and improved. The company benefits the most from sharing its innovations in the field to help farmers attain better yields in their plants, ensure that they are protected against any possibilities of a plague, and provide workers with a stable income. More than 3,500 people live off the business's coffee sales.

The profits of the company have seen a growth, but it depends on the business unit. For example, Kali Coffee Roasters is averaging a 35% margin in sales, while in cafeterias the margin is higher, and in the sale of packages in the supermarket, the margin decreases slightly in comparison to the others.

In regards to the social benefits, the company wants to guarantee that a part of the price paid for coffee by its consumers really reaches the families that the bag of coffee represents. Additionally, Kali Coffee Roasters has helped the community by providing different job opportunities and seeks to make the population recognize the potential that Mexico has to be a supplier of quality coffee. This can be used as an opportunity to grow the business, provide jobs, and contribute to the economic wellbeing of society.

The most specific environmental impact is that currently Kali Coffee Roasters has three farms already certified (in Chiapas) by the Rainforest Alliance, which now all plant under the shade and use bio-fertilizers that do not pollute the rivers. This is something completely new in the area in which the company operates, and Juan Carlos mentioned, “we are protecting the places that give us the raw material, in order to be able to do what we do.”

While taking great care of the ecosystem, it is worth mentioning that the plants in the farms are biodiverse, meaning it is not a monoculture (many plants live alongside the cultivation of coffee), which has managed to conserve the flora and fauna of the region. 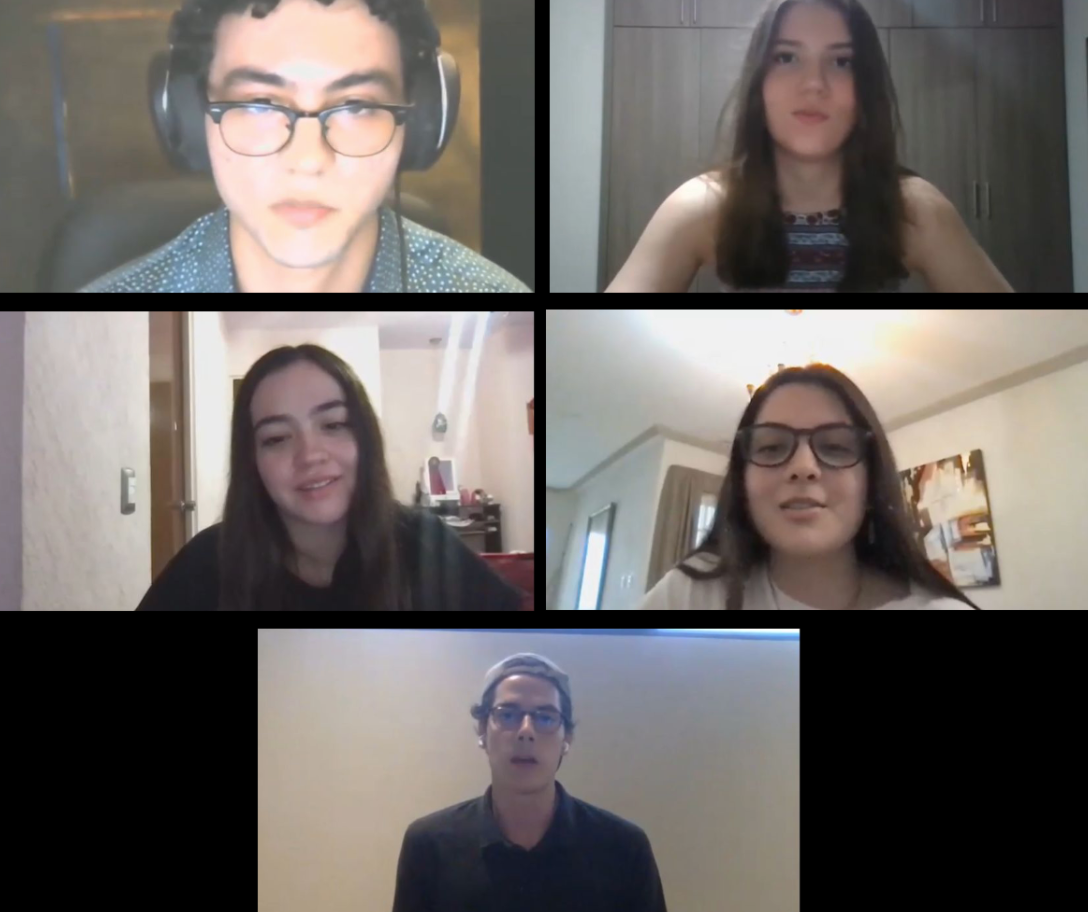 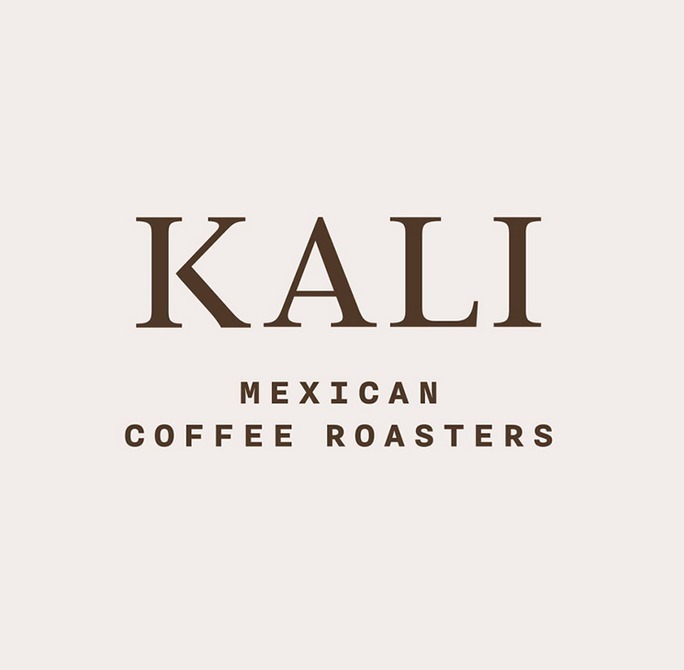 Kali Coffee Roasters was established in 2019 and is currently based in San Pedro Garza Garcia, Nuevo Leon, located in the Metropolitan Area of Monterrey. The company offers high-quality coffee which is 100% Mexican, and thus, the company supports coffee-producing communities. Kali was born by the union of two businesses: the farms of Chiapas and this northern city where they focus on the commercialization of coffee.