Fostering the Culture of Human Rights

"Association Initiatives Citoyennes" is an association whose goal is to provide quality education to Moroccans about sensitive matters and to level the playing field for Women in Marrakech's rural regions. AIC are working working towards ideally eradicating or reducing the inequalities between women and men in Morocco, while providing a safe space for those who suffer from these issues to voice their opinion and change their fortunes.

Since its creation in 2014, AIC members have done their utmost to participate in the dialogue surrounding the true values of citizenship and to educate the people who were let down by the education system about the importance of matters such as maintaining democracy and the right to vote, gender equality, as well as their right to be more demanding from the government when it comes to peace, education, equal opportunities, and human rights, particularly in rural areas which is usually the focus of AIC’s mission at this moment, since these regions are more often than not completely ignored by the legislative council.

One of AIC’s primary goals is to give women a platform to voice their displeasure regarding their living situation through their affiliate Kech Radio, and give them the support necessary to preserve their rights and rid them of the shackles of gender roles with the goal of re-integrating them in the political, social, and artistic fields that are usually a no-go for women in Moroccan rural areas.

To pressure the lawmakers into favoring the preservation of basic human rights and reducing inequalities between genders, AIC heavily encourages cooperation and partnerships with other bigger associations who are concerned with societal and environmental issues, as well as getting in contact with as many of the parties involved in the field of sustained development and human rights at the national and international level. Cooperation also serves to alleviate some of the costs as the enterprise that AIC is part of alongside Kech Radio seeks to turn a profit. 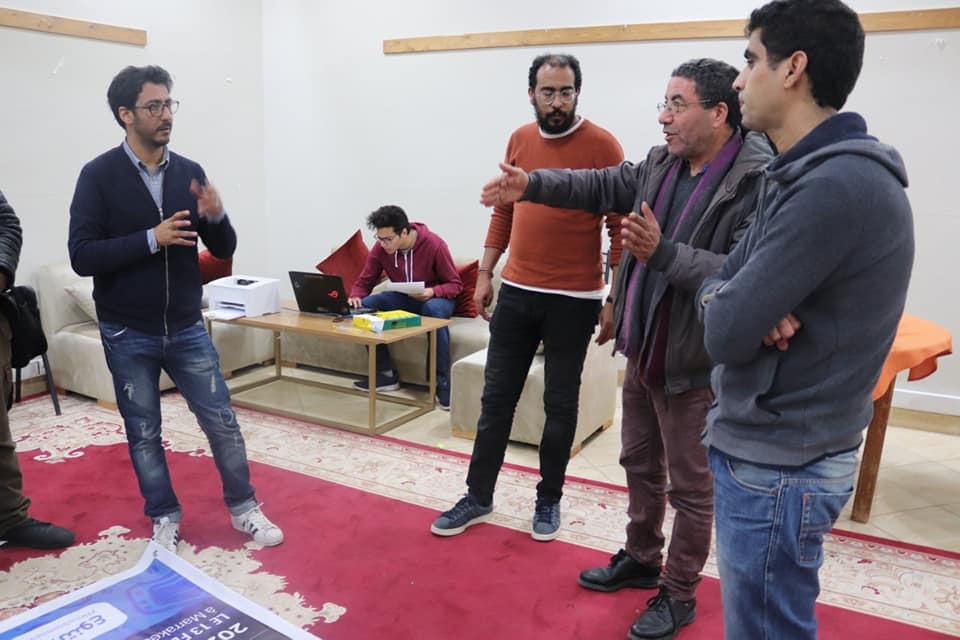 (Translation: The organization was born from the strong will of a young group of activists, all committed to making a lasting positive impact within Moroccan civil society)

Expressed Mr. Azeddine in French during the interview, as he explained what inspired them as a collective to create this organisation. The creation of AIC was made possible due to the passion of a young and ambitious group of friends who are committed social activists with a vast range of talents and expertise that are determined to make a positive impact within the Moroccan civil society. Their sense of non-conformity and anti-authoritarianism resulted in great innovations and ideas driven by their willingness to challenge social norms and confront the Moroccan society’s own system of values. These innovations have affected the lives of thousands positively and provided opportunities for countless people to be freed from social constructs defining modern society. However, the founders of AIC are not done yet. In fact, they are trying to expand their influence to overseas territory as they continue to create stable income sources which can be reinvested into AIC’s main mission.

The project "l'écho des voix féminines," or "Echos of the female voice," is the organization's biggest and most ambitious project to date. Developed with the help of Canal France International "CFI," a French media development agency. This project involves providing a platform to the women of the Marrakesh-Safi region to express their needs, fears, and adversities and to provide them with a safe space where they can express themselves freely, which is a luxury to most. This project was made possible due to AIC's affiliate business and one of its main sources of income, KECH Radio, which is a mobile radio studio that travels into rural areas.

By gathering the complaints and protests of hundreds of women, and presenting a plea to the authorities of the targeted regions, many labor laws and heritance laws were slightly altered in favor of the women in rural Marrakesh. This project targeted 36 municipalities, and about 700 women aged between 18 years old and 35 years old, who benefited greatly from the offered awareness workshops and guidance, as well as the various lessons provided concerning the various aspects of working life.

On a national level, AIC was able to partner with UNESCO and launch a campaign against hate speech and violence in Morocco, which involved multiple cities and regions where several activities were conducted, such as the national film-making contest. This involved making 5 minute informational videos, which documented the struggles of those at the end of hate speech and violence of all kind. AIC members also organized many webinars and workshops throughout Morocco, financed primarily by UNESCO and even recruited experts who came up with guides for incorporating lessons and awareness campaigns about these issues in Moroccan school system which are currently still being considered.

The financial benefit for AIC lie within its affiliates which are part of a substantial and ever-growing media development network like KECH Radio and AIC's media development agency. Both companies were initially created to provide the necessary income to run AIC entirely and complete its mission. However, these media agencies have grown substantially over the past two years to become legitimate and independent sources of income as well as a massive platform to promote the principles of AIC and spread awareness about social issues, and recruit passionate activists due to their massive reach in Morocco and their continuously expanding network.

As it grows bigger, AIC's reach and influence will grow proportionally due to its ingenious innovation of creating a media network dedicated to its cause, and as AIC grows in influence more positive changes will happen and more people will benefit from a more peaceful, accepting, and just Morocco. The impact of AIC's valiant efforts has already being felt throughout the region of Marrakesh-Safi and it's only getting better and better as more members are joining and more investors are putting their trust and money in these young innovators.

"Association Initiatives Citoyennes" is a non-profit organization that relies on affiliates such as Kech Radio to turn a profit. AIC's goal is to positively impact society by being an effective catalyst for change and fostering the culture of prioritizing human rights in Morocco. AIC's affiliate, Kech Radio, also provides a platform for those with struggles to express themselves and show the world their stories. Since its creation, AIC and Kech Radio have helped countless women and children secure their rights and have had a hand in integrating new laws in the region that serve to protect them.