Food Is Power: Eradicating Food Insecurity One Yard at a Time

Crop Swap LA is a social enterprise that aims to eliminate food scarcity, improve nutrition and health, and promote sustainable agriculture by farming unused urban spaces and selling nutrient-dense produce to the local community. The microfarms built by Crop Swap LA are located in urban areas where access to nutritious foods is lacking, which are disproportionately communities of color; these farms create jobs, improve the nutrition of resident customers, and thus strengthen the local economy. By empowering communities of color to take control of their food, Crop Swap is reducing racial inequality in the U.S. agriculture industry and food inequality.

There is a deep-seated problem in the U.S. agriculture industry. Ever since war-time industrialized farming practices have taken root, Americans have lost their independence over their food supply. First, agribusiness monopolies have crowded out small farmers, with more than half of the value of U.S. farm production coming from farms with at least $1 million in sales in 2015, compared to 31% in 1991 (United States Department of Agriculture, 2018). Second, produce travels hundreds of miles to reach grocery stores, depleting their nutritional value with time and chemicals/pesticides used to preserve their look. Third, there are approximately 6,500 food desert tracts in the U.S. These food deserts, or areas where people have limited access to healthy and affordable food, disproportionately impact minority populations (United States Department of Agriculture, 2012).

Recognizing these problems, Crop Swap LA empowers people, especially minorities, to take control of their food and health, transforming unused land of willing homeowners into microfarms that support and sustain the neighborhood through a produce subscription. By giving the homeowners a portion of the revenue from produce sold, Crop Swap LA establishes a “creator economy” that incentivizes locals to start their own microfarm. Farming and selling within the neighborhood strengthens the local economy and promotes sustainable economic development. In addition, without the harsh chemicals and heavy pollution of big agriculture, urban gardeners use sustainable practices that save water and preserve nutrient-dense soil for future harvests. For the homeowner of Crop Swap LA’s Asante Microfarm, the water recycling system has reduced his water consumption by up to 92% since switching from a grass lawn to a microfarm. Ultimately, Crop Swap LA makes fresh foods accessible to urban communities, improving the overall nutrition of locals and reducing food insecurity. 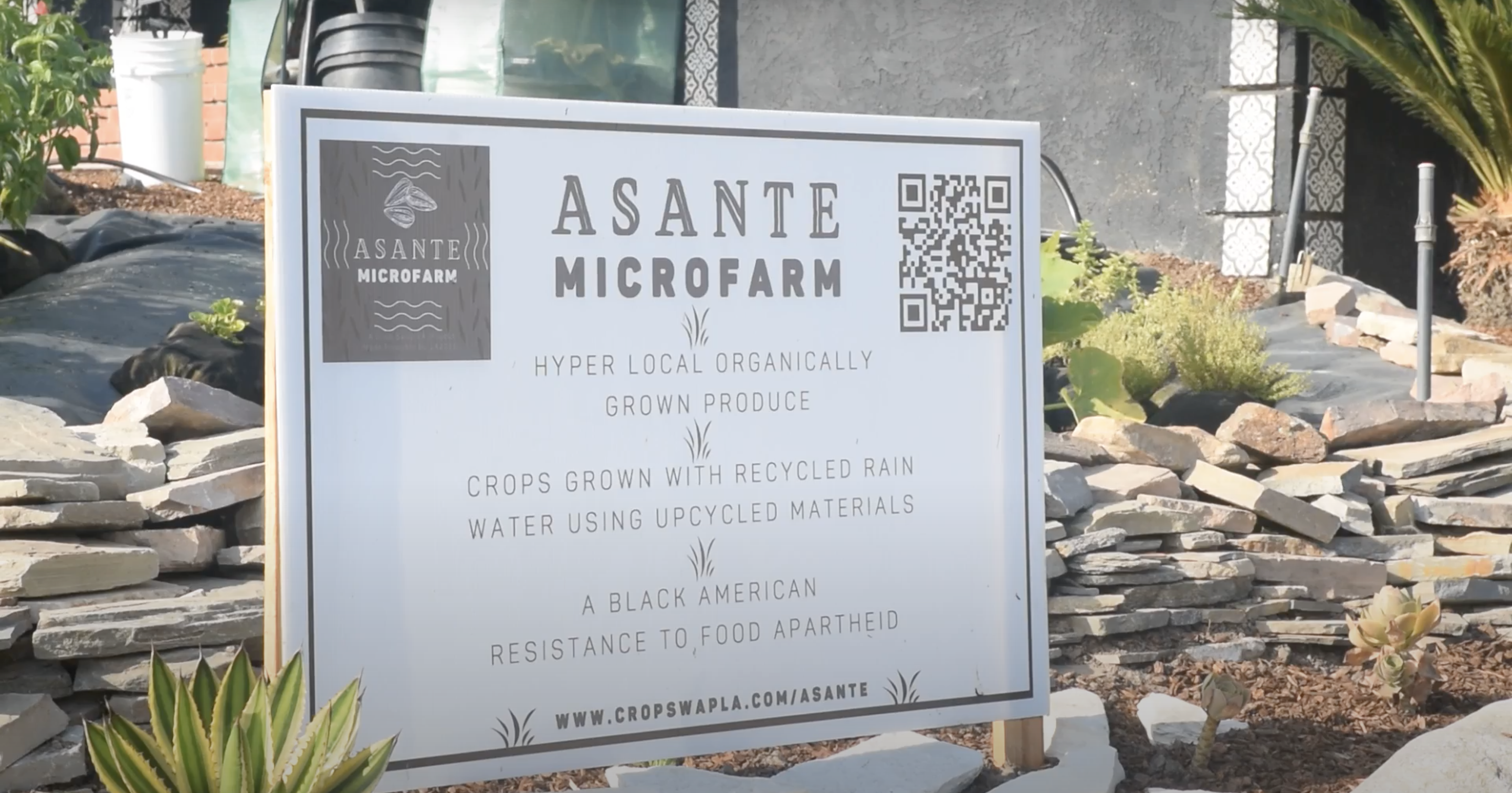 Jamiah Hargins founded Crop Swap LA in October 2018, inspired by a search for independence over his food supply. As a firm believer in the power of nutrients, Jamiah understood that most foods sitting in grocery stores aren’t as “life-giving” as organically-grown, fresh produce. He wants to bring these nutrient-dense foods to those who need them most. Jamiah is keenly aware of the power of food:

“If we don’t take this opportunity now, we’ll miss it again for another hundred years, and food power is the greatest power. It’s the one thing that’s held back people in times of oppression. It’s the one thing that would create differentiated societies even in Black slavery times. They’d give good food to some well-behaved Black folks and bad food to the rest. Even during the Holocaust in Europe, food was used as a tool to control those who were most oppressed. So we have to make sure that we… decentralize the power of food so that it can’t be used that way anymore. Now it can be used like love. It can be used for generosity.”

Jamiah wants to secure nutritious foods for his generation and beyond. He and Crop Swap LA are leading a movement, enabling urban communities to reclaim their power through food, one yard at a time.

Crop Swap LA is strengthening the local economy, promoting sustainable agriculture through its water recycling system, and increasing access to fresh, nutrient-rich produce. Its creator economy model allows any homeowner with a front yard or unused space to start a microfarm and earn a portion of the revenue from the sold produce. These microfarms are maintained using sustainable practices such as a water recycling system. This system has, in turn, reduced water consumption by 92% for the homeowner of Asante Microfarm. Moreover, Asante Microfarm provides fresh produce for 50 families. With more microfarms in the process of being built, access to fresh food will grow.

As for the long-term, Crop Swap LA is building sustainable communities, improving the health and well-being of food desert residents, and reducing food and racial inequality. The social enterprise creates independence from the agribusiness monopoly of the U.S. agriculture industry. Such independence contributes to the sustainable economic development of urban communities and cities. With more microfarms and greater access to nutrient-dense foods, the health of consumers will improve, food deserts will subside, and the nutrition disparity of socioeconomic classes will close, thus uplifting minority and low-income communities that characterize food deserts.

The decentralization of farming with Crop Swap LA has allowed for a massive amount of community support. Their innovative creator business model, where anyone with a front yard can generate revenue selling naturally grown produce to their neighbors, has opened a new marketplace and investment opportunities.

Crop Swap LA is a creator economy, where anyone with a front yard can participate. It also allows for a new vertical of produce: hyper-local. This innovation in the business model has the potential to benefit Crop Swap LA greatly by taking market share from the traditional grocery store.

Crop Swap LA is centered on community. Its microfarm, produce subscription, and 10% harvest donation to the community refrigerator exhibit an unwavering commitment to community-building. By strengthening the local economy, promoting sustainable agriculture practices, and increasing access to fresh foods, Crop Swap LA is building sustainable and environmentally-conscious communities, improving the health of consumers, and reducing food and racial inequality that are inextricably linked to food deserts. Foundational to sustainable urban communities are Crop Swap LA’s microfarms, a model that is scalable for urban communities across America so long as there are front yards and willing homeowners. With more nutrient-dense food sources, food deserts that disproportionately impact Black and brown communities can be eradicated, and the overall health of Americans will improve.

Environmentally, Crop Swap LA’s water recycling system can reduce water consumption, which is especially important in areas impacted by droughts like Los Angeles. According to Jamiah Hargins, “We recycle 660 gallons of water to use hundreds and hundreds of times on the food and it creates a nutrient-rich balance that includes a variety of foods that you can’t find at the grocery store.” With sustainable practices like this system and an increasingly environmentally-conscious society, Crop Swap LA is setting a standard for the agriculture industry and urban landscaping. 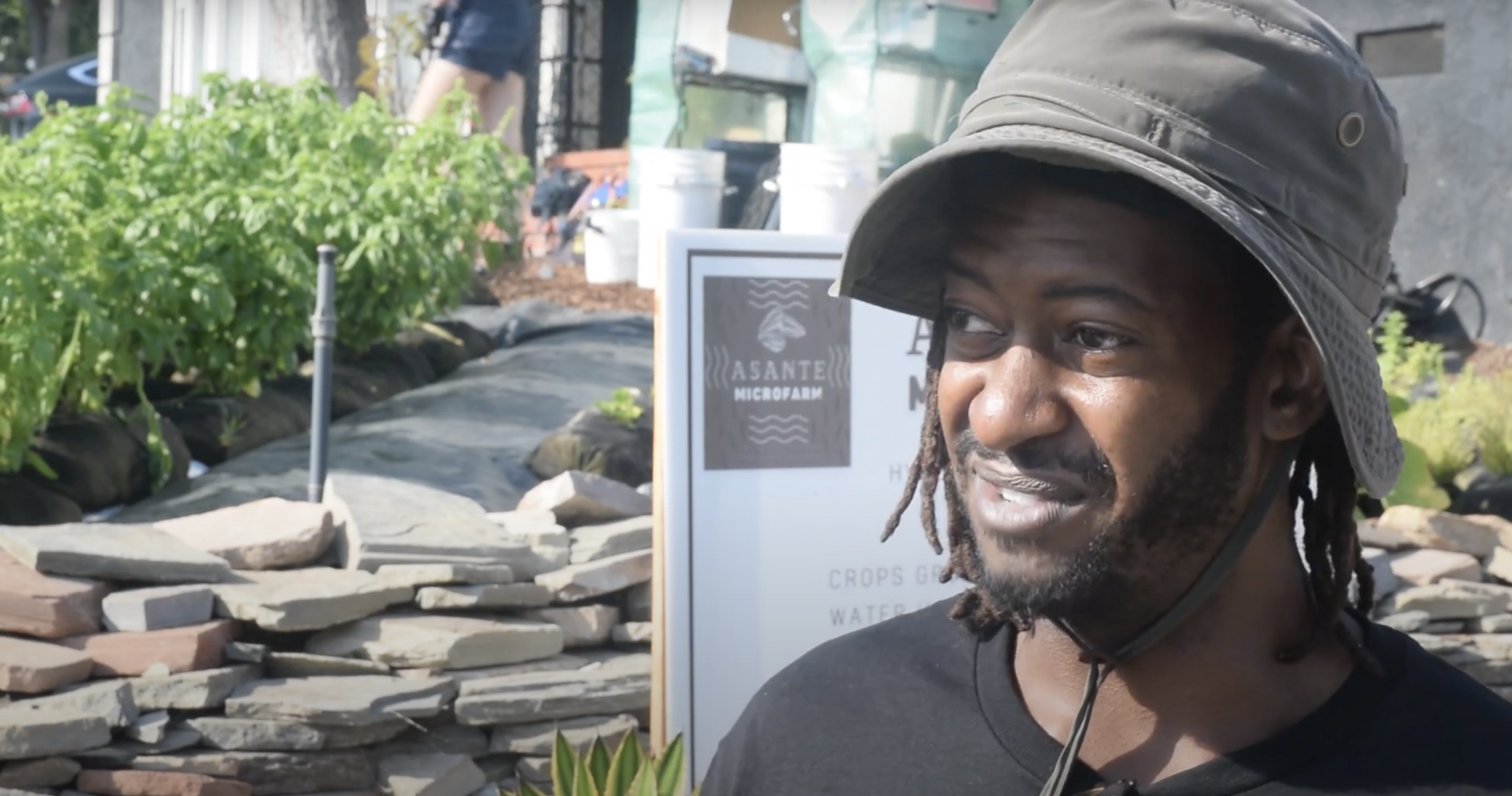 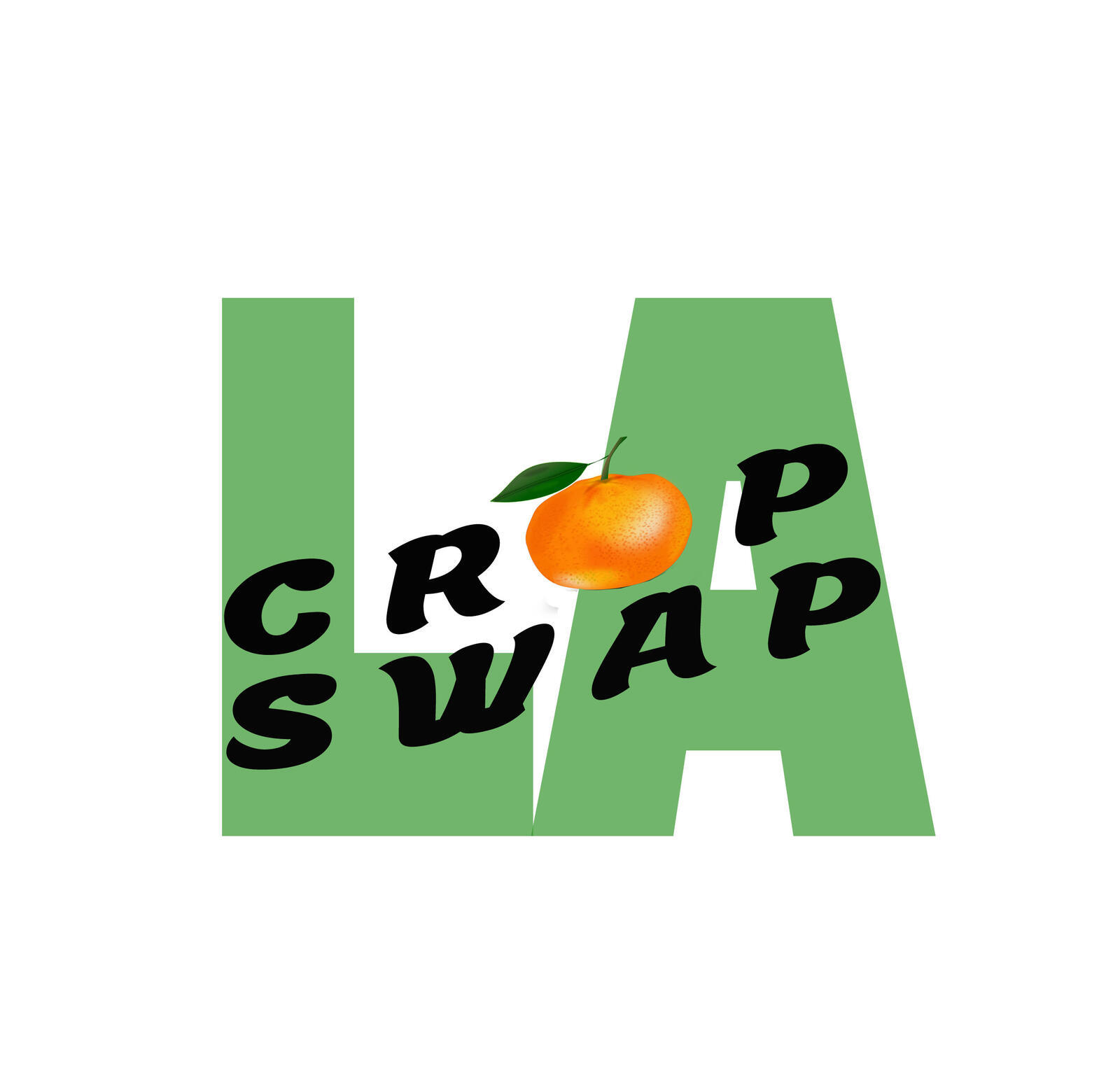 Crop Swap LA is a social enterprise based in Los Angeles that uses the yards of willing homeowners to organically grow vegetables for a produce-subscription program. The homeowners receive a portion of the revenue and the local residents have access to nutrient-dense foods that are otherwise inaccessible in their urban community. Crop Swap LA also offers wall garden installations and sustainability consultations to equip urban gardeners with sustainable practices and microfarming knowledge. Crop Swap LA is community-centered and donates 10% of their food to the community refrigerator down the street from their Asante Microfarm in South Los Angeles.