River Valley Co-op is a community-owned cooperative with the goal to provide local and fresh produce to the Northampton community. Its food-for-all and low income ownership program aim to make great quality foods available for the masses. River Valley Co-op does this while also providing quality work, working with local charities, and diverting 83% of its waste back into use.

In 2014 the cooperative was battling the stigma that eating healthy, local, and fresh produce was just too expensive. So in turn the co-op began its "food for all program" that gives low-income families and families on welfare the ability to receive 10% off their shopping at the cooperative. The innovation made sure that healthy foods would be available for everybody in the community in an affordable and accessible manner. In addition, the cooperative started an education program that brought these local families into the store and educated them about how to shop on a budget and how they can use their 10% discounts to provide their families with quality and nutritious foods.

The cooperative works with local food pantries to be able to reach out to these families and provide the education on how to live on a budget. Also its collaboration with food pantries and "The Survival Society" has allowed it to donate over 21 tons of food in its continued efforts to feed the local community. Not only do these programs aid the community with quality food, but River City Co-op also aims to provide a quality environment by diverting 83% of its waste into reusable resources elsewhere. The cooperative has invested in energy efficient lighting that has motion sensors and 5% of its energy comes from solar energy that they had installed on the roof. River City Co-op donates to food pantries to find a last chance use for unused produce that traditional grocery stores would simply toss in the local dump. Natasha stated that the cooperative aims to reach a completely zero waste operation at some point in the future. The cooperative understands that not only does its community deserve quality food but it also deserves a quality environment. They are challenging themselves every day to find ways to divert their waste into a productive or safe manner, which is evident by their growth all the way to 83% waste diversion this year.

It also fosters a great environment to work where the average employee makes just shy of $14 an hour and over 80% of the work force works in a full time fashion. The employees take great pride in their work and the company holds a turnover rate of around 25%, which is about half of what the average retail store holds. These programs contribute to their "food for all" initiative as it provides solid, stable, good paying jobs for its community members who can now afford to live happy and healthy lives. 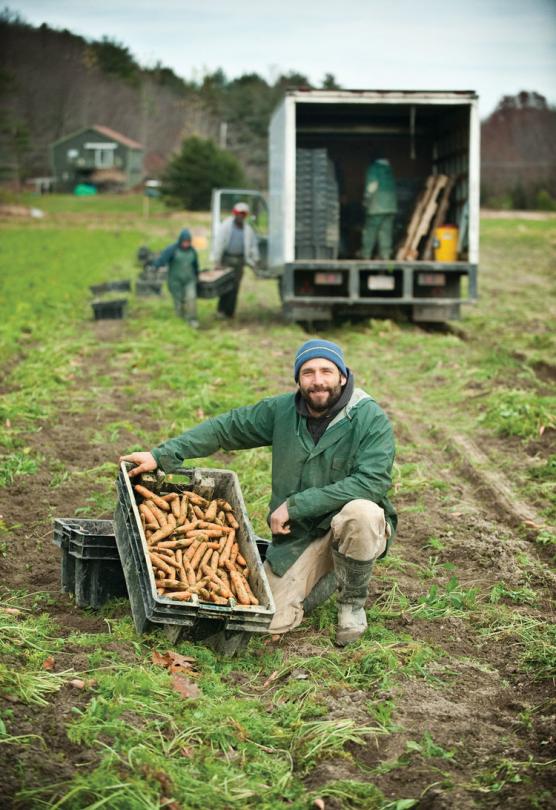 Natasha Latour, Marketing Director of River Valley Cooperative and key contributor to the company's community service efforts, believes "everyone should strive for a better world and this innovation was not groundbreaking by any means however it is a necessity." Natasha and her team sat down in 2014 asking 'what more can we do'? Their ownership programs and food donation did a lot of good for the community however there seemed to be a lot of people still needing help.

While working with local food banks they realized that people visiting the food bank had little knowledge in how food cooperatives operated and they felt shopping at cooperatives is too expensive and not a luxury available to them. They decided to invest in these people by providing learning classes on the cooperative and fresh foods as a whole. The company had heard of cooperatives and other businesses offering 5% discounts on its foods for low income families but River Valley decided to take it one step further by offering 10% to these struggling families. They knew that by offering this discount they could get these families into the store and allow them to receive and understand the benefit of healthy eating. They saw the struggles families faced and they knew that they had to step in to protect these families and their futures.

As Natasha explains "the 7th principle of Cooperatives is to work for sustainable development for the community, and we must uphold this to live by the cooperative business practices that we take very seriously". River Valley believes that their mission is a great way to cultivate a healthy and sustainable community in which all benefit from our growth.

This innovation opened up numerous doors for the community. Local families now have the resources to acquire fresh and local produce, resulting in a much happier and healthier community. The understanding that healthy living is not something that is only a pipe dream but something that is easily accessible is a huge step for the Northampton community. The program educates the community about how to eat healthy and on a budget to foster a more connected, educated, and healthier society to foster future sustainable growth for all. In doing so, they have created a closer and more responsible client base that is breaking the boundaries for a brighter emerging future.

Local farms now have a consistent purchaser to rely on to help sustain their local farms. In turn these farms can continue to invest in its product to create great quality foods. Also the co-op serves as a great resource for the community to be able to acquire quality produce that can be hard to find in large corporate supermarkets. This day in age fresh and local produce that is free from pesticides and GMOs can be hard to come by, much less made affordable. River Valley Cooperative has done just that and the community benefits greatly.

Also its 21 tons of food donations to food pantries has fed many struggling families across the region. These programs have made a tremendous impact on the area and their is no doubt River Valley will continue this through the future. Whether it be through its discounts or donations, their is no doubting the benefit the community receives from the food that River Valley provides.

Its cooperative mission has impacted the community in so many amazing ways whether it be food education, available produce, responsible consumerism and production, and quality and good paying jobs. These effects have put the Northampton community on a great path towards a better and brighter future. It is also easily recreated in other industries and communities as Natasha states "it is an easy business model to recreate to other communities".

These programs have not only fostered a healthy growing community but also has grown the business in tremendous ways. The business has now grown to $25 million dollar a year in sales operation thanks in part to the $330,000 in sales made through government EBT/SNAP card (low income government assistance for food purchases and other needs) and $47,000 in need based discounts this year alone. Families in need are using government programs along with the cooperative discount to provide their families with quality and nutritious foods that previously were not made available to them. These discounts have brought a tremendous amount of patrons into the store that previously thought that it was not something they could afford.

The cooperatives growth forecast is very bright as it continues to grow and looks for and works to secure its location for its next store. The business has seen double digit growth for consecutive years and there is nothing on the horizon that allows us to think that this growth will not continue. A second store will bring more fresh and local produce closer to even more people only increasing the success of the store as well as the surrounding community.

Also, the positive business model promotes employee happiness and well being, creating a proud workforce with little turn over. This greatly reduces the cost of searching for and training new employees. Also, employee education programs and training allows people to have great opportunity for growth within the organizations which increases productivity even more. Success stories of the cooperative include Natasha, who was able to move from a cashier to Marketing Director. This is a very sustainable business model that creates a very loyal and happy workforce.

The $47,000 in need based grocery discounts this year to the local community has been a vital resource for so many struggling families in the community.

Offering cooperative ownership assistance has made equity investments available to people who otherwise would not have had this option. In 2015 alone they welcomed 41 new owners through this program and $100,000 in dividends were paid out to the owners.

Its zero waste initiative has made great strides in reducing its communities environmental foot print and making a cleaner and safer community for everybody.

It provides roughly 150 quality jobs for the community and opportunities for education and advancement. Natasha started her career with River Valley as a cashier while she made in way through school. Her commitment to her studies and the organization she worked for allowed her to move into her marketing director position that she currently holds.

Additionally, its over 4 million dollars a year in purchases from local sellers has helped to revitalize a struggling community and brought a better life to small farmers in the Pioneer Valley.

To sum up, River City Cooperative's efforts for reducing inequality and environmental footprints and creating quality jobs has made a huge positive impact on its community. Its commitment to continued efforts to grow the community as the business expands will only foster its already strong sustainable business practices. 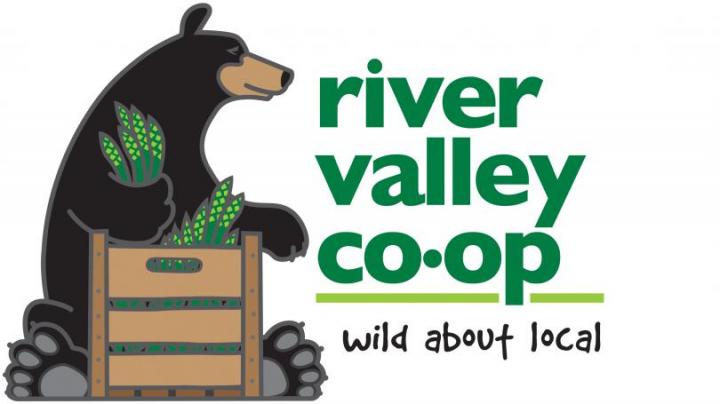 River valley Cooperative, currently serving the Northampton community, provides people with locally grown, fresh produce. The consumer-owned cooperative has made it their mission to provide healthy and affordable produce for all. With this goal in mind, the cooperative offers half price ownership and 10% food discounts to low income families in the community, as well as generous donations to local charities. In addition, River Valley fosters a great work environment, a living wage, and a commitment to strive for a zero waste operation. Its commitment to the 7th principal of cooperatives is unparalleled by any, as it puts community growth at the top of its list of priorities.