Flipping the Oyster Industry on its Head

FlipFarm offers a novel and highly efficient solution to many of the challenges encountered by oyster farmers through a system of interconnected, floating baskets which allow the farmers to access their stock with ease, regardless of tidal conditions. Though there are multiple advantages associated with this system, perhaps the primary one is that many of the labor-intensive tasks are mechanized, significantly enhancing processing efficiency.

Traditionally, the culturing of oysters is muddy, laborious work that is further constrained by tidal and weather conditions. In New Zealand, pacific oysters are typically grown in bags or baskets fixed to structures within the intertidal zones in bays and harbors. When the time comes to harvest or grade the stock, lots of manual handling is required. Furthermore, ubiquitous, biofouling organisms that have long been the blight of many an oyster farmer tend to grow on the baskets and can restrict water exchange and act as disease reservoirs, therefore requiring constant removal. All of this contributes to long days in a physically demanding working environment which, given the recent labor shortages in the country, inevitably ends up creating a major production bottleneck for many oyster farmers.

The FlipFarm concept replaces rows of the existing infrastructure with strong lines, anchored at either end, upon which floating baskets are strung. This design effectively mechanizes much of the hard work by allowing a barge to drive alongside the line with a specially designed attachment that lifts the baskets out of the water. Once aboard, the baskets are opened by a farmworker and gravity allows them to tip their contents onto a conveyor belt that delivers them to a harvest bin. “ It’s actually quite fun”, Aaron, the founder of FlipFarm assures me during the interview. He goes on to joke “we should have kept a few rows of the old farm out so that the new staff can experience the way we use to farm oysters”. Dealing with the aforementioned biofouling species can be easily done by periodic flipping of the baskets. This is achieved by running a cleverly designed ‘shuttle’ along the line which quickly flips the baskets, exposing the problematic organisms to the sun, allowing them to quickly desiccate and fall off. This flipping process also exposes the oysters to air which can mimic the intertidal conditions required for ‘hardening off’ the stock, a crucial step in the farming process. 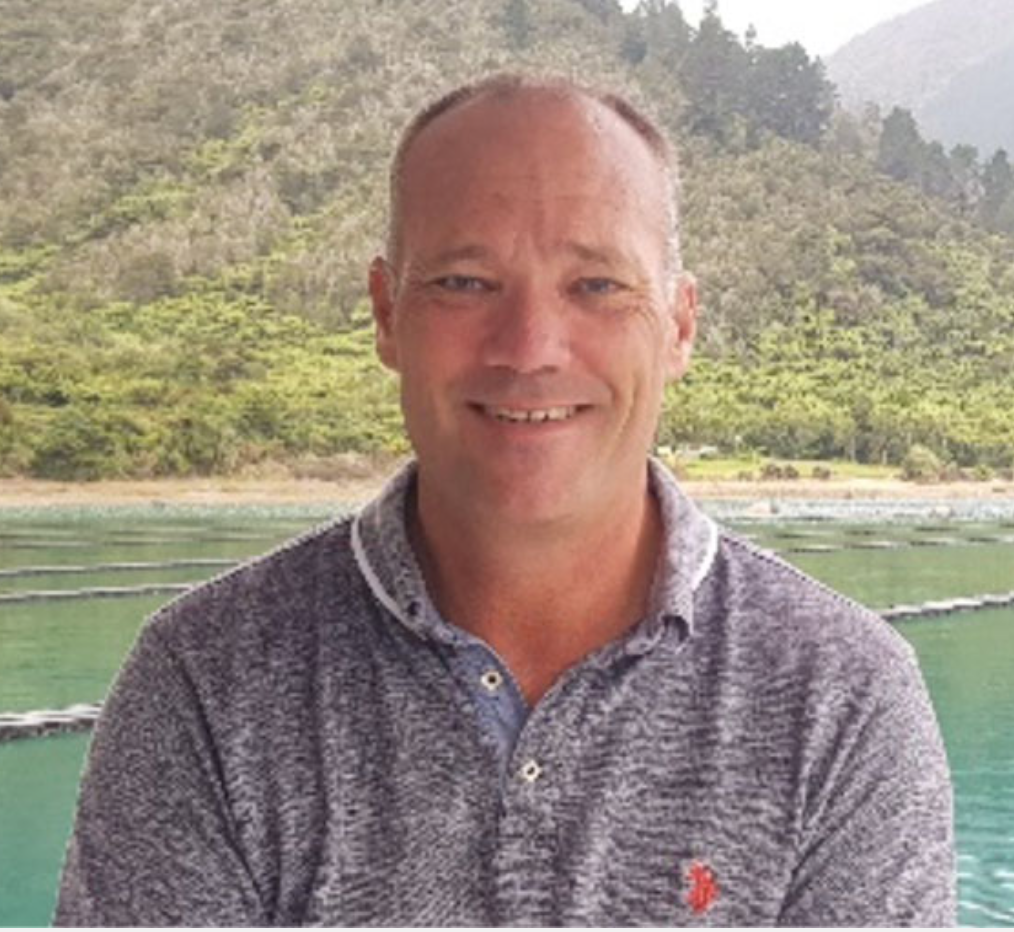 The idea for the Flip Farm was conceived in that beautiful, accidental way that many of the world’s greatest innovations seem to come about. A confluence of necessity and circumstance triggered Aaron Pannell, an oyster farmer in the Marlborough Sounds, to find a better solution to the problems often encountered by aquaculturists in those latitudes. Enhancing the resilience of his operation to be able to withstand the periodic buffeting by gale-force winds and swell provided the initial motivation to look for a solution to damaged and missing gear. During our interview, Aaron assured me “they call it Squally Cove for a reason”, referring to the location of his oyster farm. This journey finally led Aaron to thread oyster baskets directly onto strong ropes to prevent the baskets from breaking free from the infrastructure. The lightbulb shone brightly and the implications for efficiency were immediately realized when these baskets were winched up and gravity caused them to flip over into the boat. The workers immediately began to refine the concept and develop prototypes that would eventually revolutionize the way that oysters are farmed. With each subsequent iteration of the concept, more kinks were worked out, resulting in an intuitive and robust system that has been pressure-tested in this demanding environment.

Implementation of the new system began yielding benefits immediately and Aaron estimates that the FlipFarm system allowed for a reduction in their physical labour requirements by 60%. This enabled staff to focus on other aspects of the job such as quality control, gear maintenance, and training, which in turn enhanced staff morale considerably. Furthermore, the challenge of missing and damaged gear that initially led to the innovation, was solved. This is particularly important as a significant driver of community opposition to aquaculture can come from gear washing up on adjacent shores.

Another perceived advantage of the system that is currently the subject of a scientific study, is the effect that the floating baskets have on product quality. It has been observed that the gentle rocking motion of the floating baskets results in a better-shaped product due to the fact that oysters are notoriously morphologically plastic during growth and will easily become malformed if the growing space is less than ideal. A better-shaped product results in a higher market price, therefore allowing the farm to generate more profits without having to increase production.

The direct benefits that the FlipFarm innovation has had for Aaron’s oyster farm are undeniable. Increased efficiency, happier and healthier staff, and better gear retention are just a few of the myriad advantages resulting from the innovation. Indeed, the success of the technique has been so profound that Aaron turned the idea into its own business which, he says “is actually more profitable than the oyster farm itself”. Oyster farmers around the world are beginning to realize the vast potential for this concept to change their business and the FlipFarm is successfully producing oysters in ten different countries. Aaron emphasizes his commitment to not only providing technical support for the companies who adopt the technology but has also worked hard to engineer custom solutions to problems that may be encountered in different locations. For example, Aaron is working out a way to allow the FlipFarm to sink when required for a customer who farms oysters in an area that experiences seasonal ice formation.

Year on year the global nutritional contribution from aquaculture production has been rapidly increasing and the industry currently supplies more than half of the total fish consumed worldwide. Shellfish contributes a significant proportion of that total. Shellfish aquaculture not only provides consumers with one of the most efficient and sustainable sources of protein on the planet but also contributes to the ecosystem services of the waterways in which they are grown. They do this by filtering excess nutrients and creating habitats for other species in the area.

There are, however, some negative environmental impacts associated with the traditional method of fixing oyster infrastructure to the seabed. These structures can shade the area below them and inhibit the natural hydrodynamic processes of the area. Many of these negative impacts are addressed by FlipFarm, as the existing fixed structures are removed and the entire stock is suspended above the seabed. Because the floating lines are continually shifting their position on the surface due to wind and tidal influence, the shading underneath the farm is greatly reduced. Furthermore, the flexible nature of the farm exerts much less hydrodynamic influence than a rigid structure might, allowing the natural localized currents of the bay or harbor to continue unabated.

During the interview, I asked Aaron if the FlipFarm innovation had led to any unanticipated benefits, to which he responded: “Absolutely, the social shifts in the organization were totally unexpected”. He went on to explain that by reducing the physical demands of the work, he was able to hire a much wider demographic of staff who all brought unique perspectives and outlooks to the company. Moreover, he told me that the enthusiasm for innovation was quite contagious and the entire staff began working out ways to refine other aspects of the business to further increase efficiency. 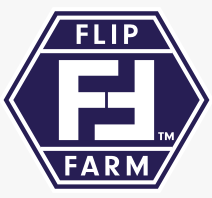 FlipFarm offers a new way of thinking about how to grow and harvest oysters. The innovative design of the system allows farmers to efficiently manage their stock while exponentially reducing both labour and environmental impacts while simultaneously increasing the quality of the end product.