Fighting Gender Violence from the Bottom Up

Gender violence is an issue that does not alarm as many people in the Spanish society as it should. Thus, this company tries to make people realize that (and thus helps towards SDGs 5 and 10), improving gender equality and bringing eyes onto the issue.

This is a company co-founded by five young entrepeneurs, based in Madrid, Spain. They describe themselves as "an innovative advertising agency" that cares about social issues. The procedure is simple: TrezzeStudios contacts the town hall, offering its services. As they designate a part of their budget to fight against gender inequality, they are in the mood to collaborate.

To be more precise, they are creating a video to highlight everyday sexism in the domestic life of many families. To create more impact, they are doing it by filming a family lunch where male and female roles are switched. In their video, men cook, bring the food, and clean up afterwards. Meanwhile, the only thing women have to do is to sit down and relax. The goal is to cause an impact and possibly to make viewers reflect on what they are being shown.

Maybe this project does not seem to be very innovative, because there have been other campaigns exposing the same idea (role exchange). However, we believe that this is the first time that someone has run a campaign like this in a rural environment, which has been traditionally associated with a stronger role distribution than big cities. 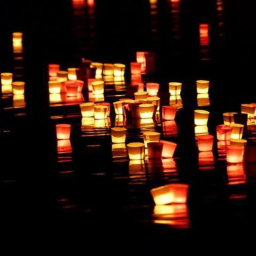 In this world, people tend to underappreciate minorities such as immigrants or women, and with this campaign, which is currently being filmed, they want to prove that we must change the world through little acts. "We want to make people realize what happens when the situation turns around," said Ana Peco, Co-Founder. Since the company has emerged, it has been demonstrating that it is possible to make an outstanding social contribution and to be profitable at the same time.

This was not the first campaign, but it is clearly the one most related to the sustainable development world. "Sure, we will keep on doing this kind of stuff and, why not, try to cover some of the objectives," said Ana. Contributing to one goal may look underwhelming, but she told us this was just the beginning and that our interest may make them open up their frontiers to related topics.

The whole group is concerned about gender equality due to the fact that it has been a common topic in the news in recent times, and this is the main reason why they decided to make the video: they want to make people think about what they are doing in their day-to-day routines. It is not just governments who have to do something to change the world; individuals must also contribute despite not having too much power. We can build a more equal place if we work individually, and these kinds of acts are things that can make a difference.

The campaign is going to be held in different sessions financed by 17 town halls in a region situated in the north of Spain. These might not be high-populated cities, but it is just the beginning. That means that in these villages, some projections are going to be shown for their inhabitants. We are probably talking about just a few thousand people; some of them are not even going to pay attention to it, but some of them will. Not everybody who reflects about what the campaign is talking about is going to do something to change the situation, but some will do so. These people are the ones that are going to start with the change, maybe with simple acts like a husband cooking dinner every Tuesday and Thursday. This simple act could grow exponentially, helping families to realize the problem.

It has nothing to do with a short-term effect; this is not the goal. The objective is to make an impact in the long term and help society understand that women must be valued the same way as men. They do not have to cook lunch or clean because they are women; we are all equal and this is how we have to behave and treat each other, as equals.

Each town hall has contracted the campaign for a certain price that is not too high. However, with the profits, the founders of the company are able to produce more videos and to invest money in other fields. With a higher budget, they will be able to improve the quality and to get to more people, not just as a regional issue but to a national population.

They will also hire more people to make similar campaigns, which will help employment in the area. Overall it will have a snowball effect on the company and the whole market. The main focus with these advertising campaigns is a double one: first, helping social justice be achieved in many levels (the campaign that we are covering at hand is helping fight gender violence, but as we have mentioned above, they are planning to introduce new ones in the future), and second to make themselves known as an advertising campaign. That is how we became aware of the project, and we believe it is a fantastic way to succeed as a business.

This campaign, as we have mentioned earlier, is trying to make an actual impact in fighting gender violence, which is an issue that is very important in our country (it is extremely widespread on the media, etc.).

With this project, there is an inherent aim to eliminate sexism from the roots, trying to make people realize the common conduct they have in everyday life and that is more or less internalized by everybody due to gender roles. The theory is that, via helping this, sexism will be eradicated in general, not only in the most casual of scenarios, culminating with gender violence, which we can consider the top of the sexism pyramid.

In a perfect world, these campaigns might not be needed, but in order to get there initiatives such as this one are necessary. Even though this kind of event is common throughout Spain, it seems they are not having the impact that they should, and so it is quite clear that we need as many as we can, since it is obvious that we do not have enough to work towards the better future that we had been talking about since the beginning. Moreover, by bringing these kinds of campaigns to small, somewhat remote villages, they are helping places where this topic could have not been brought up before, and it is a good first step in these remote locations. 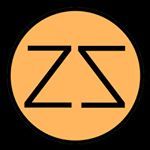 TrezzeStudios is an innovative agency that makes advertising campaigns in different parts of Spain. During its daily work, TrezzeStudios gets involved in social issues, such as racism or gender violence, trying to reflect them in each campaign.

They are currently doing a project fighting against gender violence in domestic environments, trying to highlight sexism in its smallest forms. The aim of this campaign is to make people realize the need for change in the traditional social roles that often we assume to be normal.