Session Groceries shows how a business can integrate technology into the agriculture sector. To support its advocacy for the empowerment and upliftment of the lives of local farmers, the company developed a mobile application that features their produce. The online community of advocates shows their support by having their fresh fruits and vegetables delivered to their doorstep. As such, a closer-knit relationship is developed between the farmers and consumers.

Session Groceries integrates technology into the otherwise highly traditional industry of agriculture. Through a mobile application, farmer-partners of Session Groceries located in the highlands (Benguet and Baguio) and other provinces of the Philippines (Ilocos Sur and Mindoro) can showcase their produce online at fair prices. The app houses over 300 items of a wide assortment of products from vegetables, fruits, rice and grains, and many others. Customers directly place their orders via the mobile app. The orders are collated and then disseminated to the farmers for harvesting the following day. The produce is consolidated in a fulfillment center for repacking and shipping to the metropolitan area (National Capital Region). The fresh vegetables, fruits, and other agricultural products are ultimately sent out for dispatch to each customer's doorstep through riders. The company then utilizes digital means (i.e., emails and mobile banking) to confirm and settle payments to each farmer-partner for their harvests/produce.

Through its social media platforms, Session Groceries has successfully built a community that places high regard on the dignity of farmers. They bridged a closer-knit relationship between the farmers and the consumers themselves. In such a setup, the middlemen who usually abuse farmers by buying their goods at very low prices are eliminated. Instead of simply accepting the low prices at which traders buy their products, the farmers decide how much they want to sell their products on the online platform. This allows the farmers to be empowered as they no longer worry about being adequately compensated for their labor.

On the other hand, the consumers help the farmers while buying fresh and high-quality fruits, vegetables, and other agricultural products. More than creating an online platform, Session Groceries advocates supporting local farmers by empowering them and uplifting their lives. Although most of the farmer-partners came from families with multiple generations working in the agriculture sector, there were many things that the farmers needed help with. As such, Session Groceries provides them free training and seminars on how to run their farms as agripreneurs, compute their costs and profit, manage their finances, and save for the future. 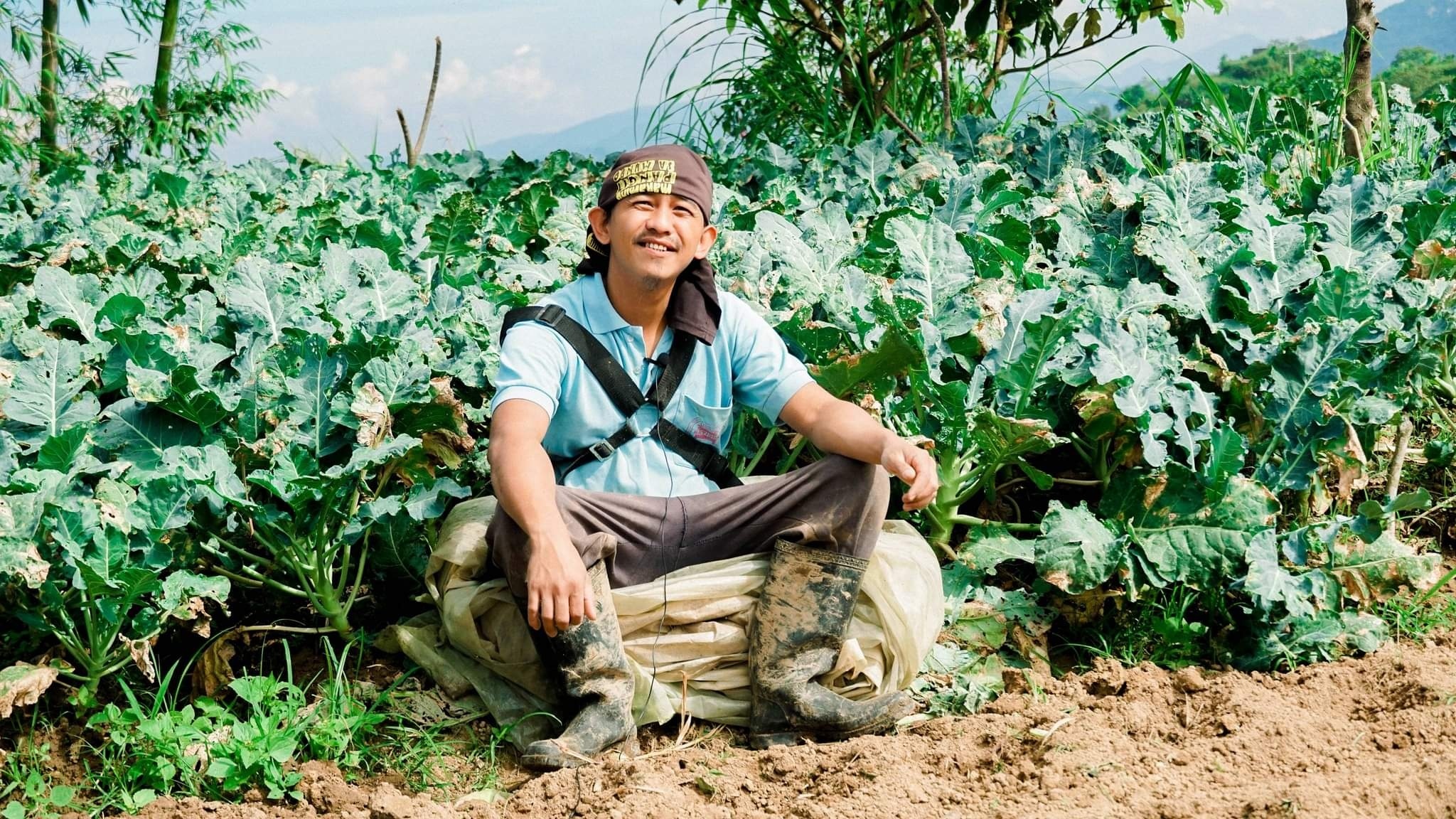 Session Groceries started from the struggles of Ms. Iloisa Romaraog-Diga, the company's founder, in working a routine job for a corporation for about 15 years. She convinced two other friends to form a tech company that offered online grocery services in Baguio city. She cited that "it was envisioned as a pure business." However, as they delved into the business, they became more aware of the dire situation of the farmers. "In 2019, there was an area where vegetables were just being thrown out." Due to oversupply, there were no willing buyers to purchase the vegetables. Hence, the farmers' crops tended for months and placed capital into were left wasted. The farmers were deep in debt because of such losses incurred. Given the generosity-focused upbringing of Ms. Iloisa, she wanted to extend help. She narrated, "I posted this on Facebook, and people took notice. After interviewing farmers, we realized that the issue is beyond just the lack of a market." The response on social media was overwhelming. She realized that people were willing to help, especially when exposed to the plight of the farmers. The online community thrived and has since then supported Session Groceries to advocate for the local farmers.

When asked what other factors might have contributed to the creation of Session Groceries, Ms. Iloisa responded, "I was able to correlate my experience in my corporate employment in this endeavor. As known, corporations set a certain standard of quality. Hence, we tried to instill the same discipline in our partner farmers." Session Groceries promised its customers high-quality produce. They likewise set such quality standards for farmer-partners to ensure continued support from the community. Session Groceries developed a farmers' academy to aid the farmers, which started very informal. It allowed sharing of knowledge and experiences from the corporate employment of Ms. Iloisa to the farmers. Eventually, the training has expanded to more diverse topics and even more formal setup through the help of other organizations. Since then, Ms. Iloisa mentioned that "there has been no concrete image of what Session Groceries is. It has continuously evolved." Session Groceries will continue to incorporate innovations that would further the company's advocacy for the local farmers.

With their strong advocacy to empower the heroes of the agriculture sector, Session Groceries had radically impacted the lives of many farmer-partners. Ms. Iloisa shared, "we have observed great changes from them since we first met with them. Unlike before, where they are usually timid and simply nod yes to everything that is being said, the farmers have now learned critical thinking skills." They, too, found their voices that were worthy of being heard.

The farmers also realized that they deserve more and are worthy of dignity for all the hard work to feed the country. Accordingly, they can achieve things that they have never done before. The immediate impact of the business innovation was evident in the material things that the farmers have been able to buy for themselves as a result of their earnings from their harvest and partnership with Session Grocery. Ms. Iloisa illustrated, "we had one partner- farmer whose goal back then was just to earn minimum wage every single day so that he can drink alcoholic beverages. People thought that his life would just be that and would just be a waste. But when he joined Session Groceries as a partner-farmer, he was taught to monitor his cash flows. He became more conscious. And now, he was able to buy his own vehicle." Ms. Iloisa added, "we have a partner who has been farming for the past 12 years, and yet he never had the chance to have a home. When he was acquainted with Session Groceries, he was able to buy a refrigerator, two vehicles, although second hand, and now, he has his own home."

Although the immediate impact of the innovation that Session Groceries introduced was seen in material things, it was proof that "with a system, their lives can improve." Ms. Iloisa added, "before, no one has taught them to be goal-oriented. Now, the farmers make decisions based on their goals." The farmers themselves have learned to think about the long-term consequences of their decisions. They previously didn't because they were only focused on simply planting, tending to their products, harvesting, and nothing else.

Session Grocery has already gone far since its inception in 2018. Far from the original vision of a purely profit-orientated online grocery service that caters to customers in just the city in the highlands (Baguio), the company has heeded to its support base and reached various locations across the country. From major cities and neighboring towns of the National Capital Region, and now even provinces across Luzon (i.e., Isabela, Nueva Ecija, Batangas, Mindoro, Bataan) and Visayas (Cebu, Negros Occidental, Iloilo, Capiz, Aklan).

The company began by partnering with farmers in its initial operations in the Cordillera region (i.e., Baguio and Benguet). But since then, the company has even extended its partnerships with farmers in Mindoro, where Session Grocery sources its rice and grains. The continuous support in the company's platform also allowed the recently expanded partnerships in the northern part of the country (Ilocos Sur). Ms. Iloisa mentioned that the business had a renewed and more focused mission with the advocacy to support local farmers. She added, "if it was just a normal online grocery service, the business would still have thrived, but will only be limited. We would not have been happy like we are now, knowing that we are serving our purpose in life."

With this mission in mind, Session Groceries developed a set of core values on which the company's entirety is anchored. These are as follows:

The advocacy of Session Groceries enlightened the Filipinos located in non-agriculture-centered regions about the plight of the local farmers. They exposed the truthful situation of those who ultimately supply each household's food on their tables. The platform also provided an opportunity for interested Filipinos to show support. In return, Sessions Groceries presented the consumers with additional options for accessing produce (i.e., availing convenient door-to-door delivery of freshly harvested produce). The business thrived with the support of concerned Filipinos (i.e., around 150 thousand followers on Facebook and 15 thousand on Instagram).

Although much is yet to be achieved in their advocacy, Session Groceries is gradually making the farmers let go of the old thinking that agriculture is a noble yet unprofitable industry. Through Session Groceries, people realize that farming is an endeavor still worth pursuing. Beginning in this empowerment of the farmers, sustainability of food sources in the country becomes more secure as businesses like Sessions Groceries may also inspire succeeding generations to venture into agriculture. 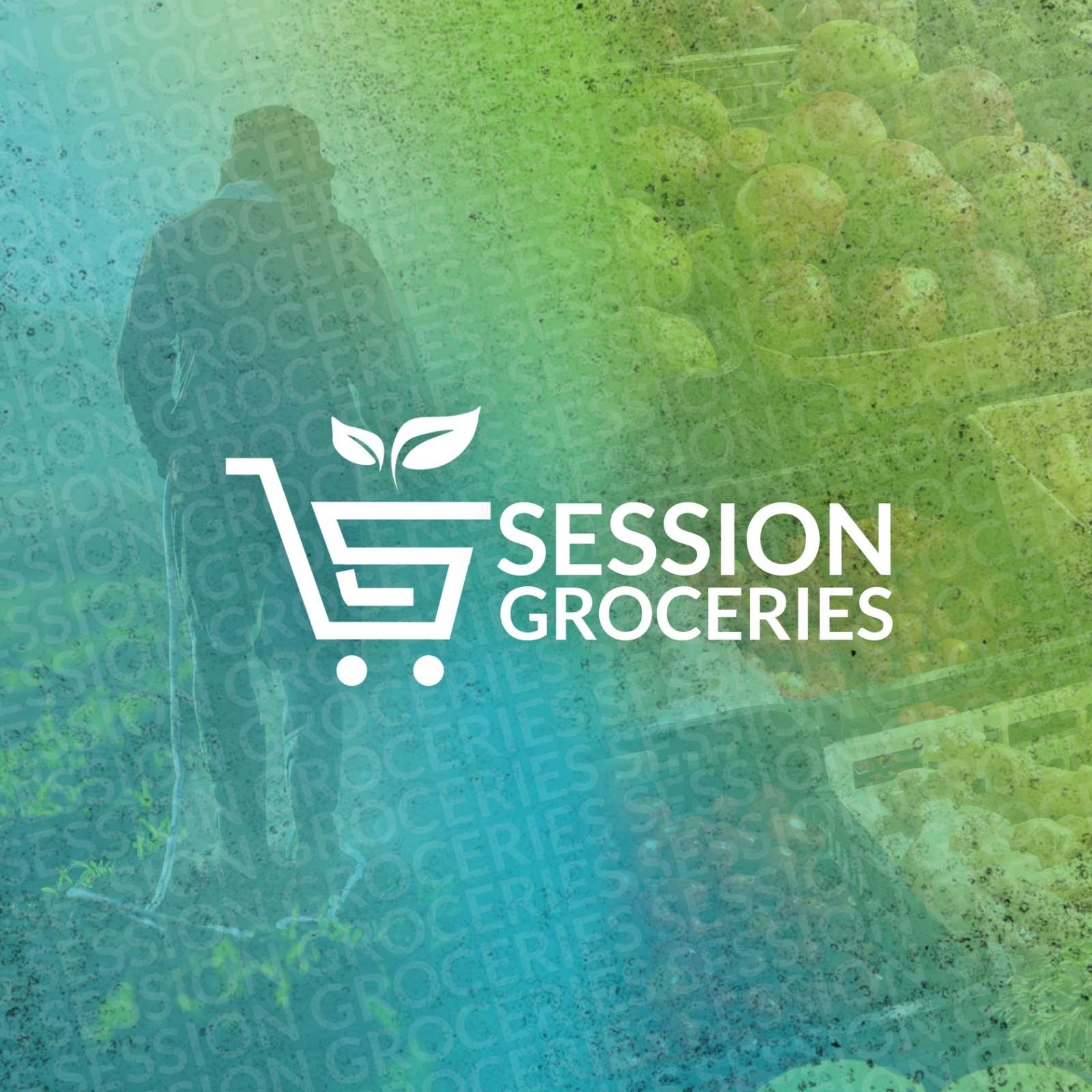 Session Groceries is a mobile application that connects local farmers and consumers to support local agribusiness, promote a sustainable lifestyle, and educate the local community on the benefits of eating fresh, locally grown food.