Even a Brewery can be Sustainable

The innovation of Martens contains PET bottles that are 100% recyclable and held together by glue dots. A nature multipack machine carries out the new glue technique. The company started the innovation eight to nine months ago.

With the words of the CEO, “ let's start at the beginning.” The 100% recyclable PET bottle was not the first step to become a more sustainable company. Martens intend to have a scalable and radical innovation. In 2008, they started with another brewing technique, continuously brewing, which makes Martens ‘the most sustainable brewery globally.’ Only three companies in the whole world brew continuously, and Martens is one of them. The normal technique of brewing has three major drawbacks. First, energy use. Then, the loss of beer and, to end, the loss of water. “In the field of energy, they are absolutely best practices, and in the field of water usage, they are the front-runner.” Compared to other breweries, under AB Inbev, Martens uses two liters of water to brew one liter of beer while others use five to six liters of water for the same amount of beer. The continuously brewing technique was the first step in their flourishing process.

To complete the sustainable process, glue dots instead of polyethylene foil are used to create the six-packs. A nature multipack machine makes it possible to use this new way of packaging. The glue dots are an inert, fully recyclable, and non-toxic product.

These three techniques ensure that Martens is aiming to flourish as much as possible. 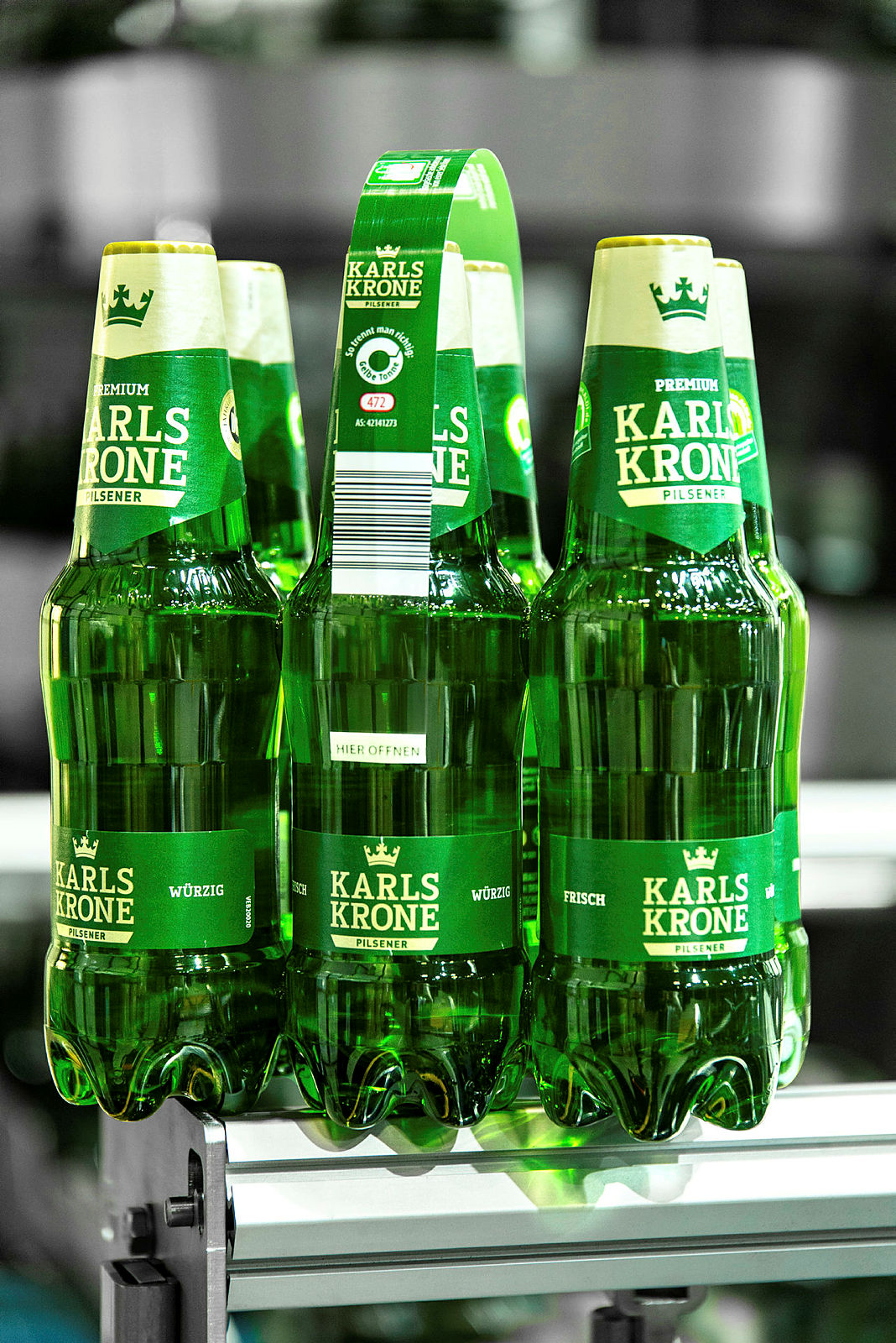 Next in line is brewing Belgian beer and, last but not least, driven by technology. This last point is the main reason for their innovation; the CEO indicates that ‘they are always looking for the most advanced techniques which give them also a commercial advantage.’ Martens’ mission is very conscious and driven by sustainable development goals. In this aspect, the CEO indicates that they have four primary goals and four secondary goals, which are important in their activities because their clients are doing the same.

One of the most important goals is number 12, ‘responsible consumption and production’ because the whole network needs to be greener. If we talk about the whole network, we look at their export rate, which is 95% of the production. With this said, it is normal that they focus on sustainability because it is an important topic. To end, we can say that they found their inspiration to create 100% recyclable PET bottles in their DNA, specific in the will to combine technology-driven activities and sustainability.

Since Martens started this innovation only very recently, eight to nine months ago, it is difficult to say what the long-term effects are.

Companies do this to show that it is better, even if the material costs much more. For the time being, therefore, we can only see the short-term effects, Martens hopes, and also think that public opinion would make a small contribution to the long-term effect. Martens means that the public could start to appreciate more what the brewery, and in fact the entire industry, is doing for efforts. The first step in this, of course, is to bring out what they are actually doing because if the public does not know this, they cannot judge. So it is up to the industry, to us, among others, to tell them about it. After all, it is difficult to go against public opinion when they see an enormous mountain of plastic waste. Yet, Martens is trying to do this by wanting to show what they are doing to solve the problem or contain it. Therefore, they find it important that their story and the other companies involved in it are still valued to a certain extent.

If you look at the financial side of innovation, there is not immediately a drawback, but also no real advantage. It remains to be seen how things will evolve. Nor is it the case that people suddenly start drinking more beer because it is packaged in a recycled PET bottle. They do see that new and interesting packaging attracts people. Martens is currently working on this innovation in Germany and Spain, and they can see that many companies, retailers, or customers are interested and ask questions about it. They are only at the beginning of the innovation. The interest in the product is high. How ultimately the consumer reacts to it has not yet been noticed.

When it comes to customer relations, you can see an enormous amount of attention to this and that their relations have also improved. People really appreciate their efforts to help them meet their targets and get to the consumer with less packaging material.

To keep on innovating and get better results, Martens recently hired a new corporate social responsibility manager. In this way, they hope to get even better results.

As a company, they generally use less energy than a fellow brewer, percentage-wise, and they also use less water than a fellow brewer, as discussed earlier. They think that they are doing their best and have something to do, that they are important there. That is what society gets in return. And not only do they do better, but they also try to inspire other industries to do better. Because if everyone tries a little bit harder, massive change can be done.

Martens wants to keep on innovating to have the chance to give even more back to society and the environment. At the moment, they take PET materials from the environment and use less energy and water, but soon they will do many more things with the Sustainable Development Goals in the back of their head.

Martens is a brewery located in Bocholt, Belgium. The family company was established in 1785. It is the oldest active company in Limburg, a province in Belgium. Currently, the family's 8th generation is leading the company, which replicates that good leadership is in their DNA. The flourishing company focuses merely on brewing beer sustainably and doing this driven by the best and newest technology.