It was just after the morning rush hour when we drove from our office in BSD to Sanggar Batik Kembang Mayang in Larangan. Our goal then was to get insights from the people who run the Sanggar so we can use it for our project at the Academy. We are team of 6 students/mentors from the Apple Developer Academy in BSD, and our challenge was to find a community where we can apply what we have learned at the academy, and develop a mobile application for the community.

Batik is an Indonesian technique of wax-resist dyeing applied to whole cloth. This technique originated from Java, Indonesia. Batik has been acknowledged by UNESCO as one of the heritages of the world. Batik is made either by drawing dots and lines of the resist with a spouted tool called a canting, or by printing the resist with a copper stamp.

We arrived at the Sanggar at around 10 AM, just when the Sanggar was about to open. The Sanggar was located inside a cluster in the Larangan area. We were not familiar with the area, but thankfully we made it on time for the meeting.

We were greeted with a big smile by Mrs. Farah, the founder and facility manager of the Sanggar. After a little chit-chat in front, we were asked to go inside the building.

The building was a medium-sized building, the size of a house, but with no separation. It was one big hall with many posters about how to live healthy, and some batik creation by the students and the Craftswomen.

“This is a Posyandu”, said Mrs. Farah.

Posyandu, short for Pos Pelayanan Terpadu, is a government program that is aimed to give understanding and knowledge to parents across Indonesia about how to raise a healthy children, including giving vaccinations/immunisations.

“But since the building is only used once a month, we asked the local government if we can use it for a Sanggar, and they agreed”, she continued.

We continued to look around inside the Sanggar, where Mrs. Farah showed us many things from the production process to the finished Batik itself.

“I can’t believe it myself, that we can made it this far. It was just a small movement by several ibu-ibu around here, and in less than 3 years, we actually got invitation from many events as well as from the Ministry of Trade (Kemendag) to share with them our journey,” she told us while holding an initial design of a Batik.

So after wandering around, we sat down on a folding chair together with Mrs. Farah and two of her partners. Right after a short chat about Batik with Mrs. Farah, she asked us if we would like to try making Batik ourselves. It was an offer that we could not resist, of course, so we started making our first Batik and realise how hard it is. Video:

It was a great experience, and we learned a lot that day.

Several weeks after that visit, we came back to the Sanggar to test the first iteration of our app, an app that mimic the process of creating Batik digitally using iPad. The video can be found here:

Special thanks to Sanggar Batik Kembang Mayang to host us and taught us with a very valuable lesson of maintaining the sustainability of Batik.

The innovation was about the ability by the community to be able to leverage the power of the housewives in the area.

At first, they see that many housewives in the area were looking for something more to do after they finished packing up their children for school, and helping their husbands prepare for office. After looking at this, the community decided to learn something productive, and they decided to go with batik. 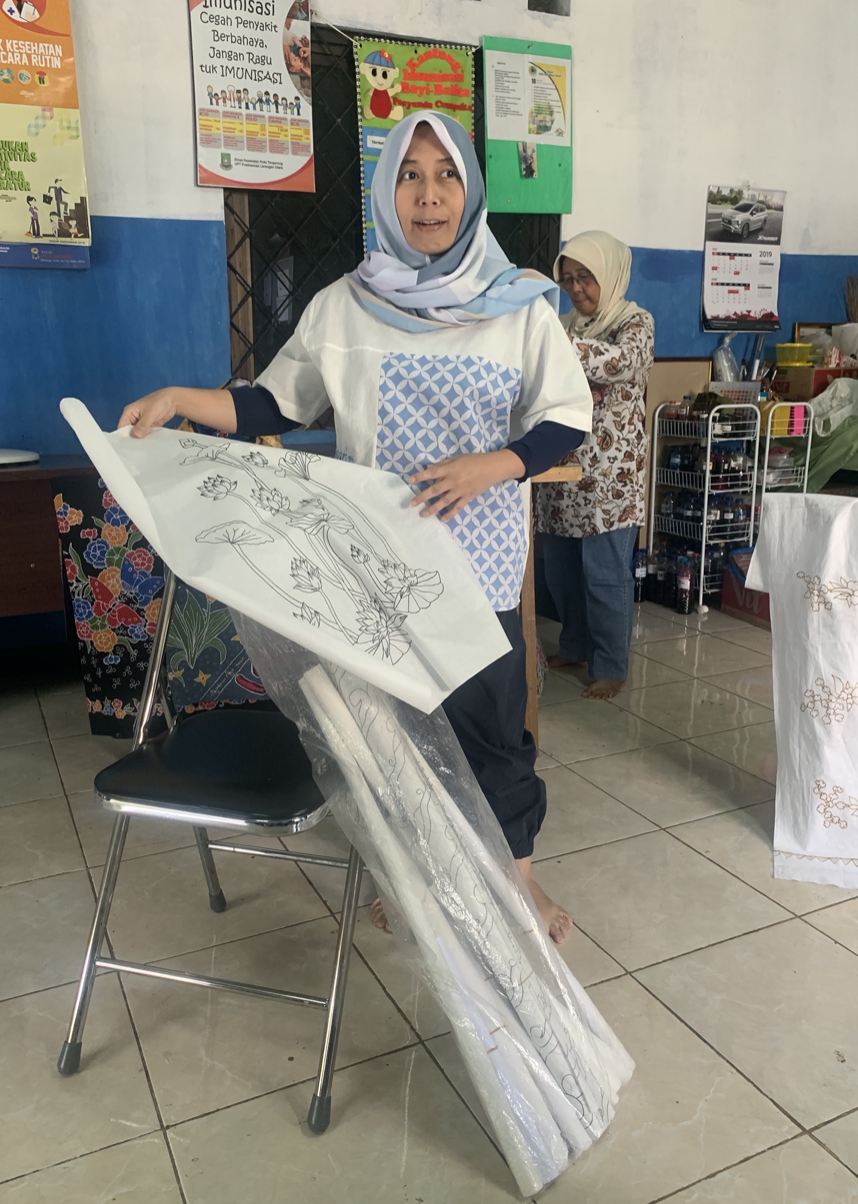 The inspiration is Mrs. Farah and the team. She repeatedly mentioned in the interview that this it not about the money, but the spirit of keeping the batik culture and heritage alive in Indonesia. By doing what they are currently doing right now, other than building a portfolio and getting some profit, they also making sure that the spirit of Batik lives on.

People are more interested to buy or collaborate with businesses who actually brings value and impact for the community. 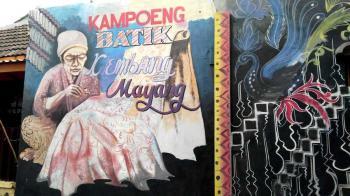 Batik Kembang Mayang was established to leverage the power of housewives in the community to maintain the existence of Batik tulis, a local art in Indonesia. Batik is recognized by the UNESCO as the local heritage of Indonesia, and this community maintains the existence and the heritage by developing this organization.