emPOWERING Communities One at a Time

“There are still communities in the Philippines that are off-grid, and I want to help change that.”

According to the Department of Energy (January 2021), about ninety-three percent (93%) of the Philippine population already have access to electricity. Only about 1.62 million households still have no access to electricity. The majority of these 1.62 million households are located in far-flung places in the Philippines. Taneko Trading Corporation operates in these remote areas to create a positive change by providing sustainable electricity.

Mr. Ryan Averell G. Tan established Taneko Trading Corporation (TTC) in 2017 as a trading company and renewable energy service provider. He is a graduate of the University of Southern California with a bachelor’s degree in Computer Engineering and Computer Science. Moreover, he is the company’s lead engineer towards the path of the future on the Internet of Things (IoT).

TTC chooses to work on government-related projects. They see that partnering with government agencies such as Local Government Units will help them achieve their goal of providing a long-term sustainable energy solution by implementing smart and clean energy technologies all over the Philippines.

A decade ago, the total solar energy capacity of the Philippines was reported to be only about two (2) megawatts but has already grown to about one thousand forty-eight (1,048) megawatts as of 2020 (Statista, 2021). Hence, the market size of solar energy has grown and is expected to continuously do so with a projected compound annual growth rate of about 13.4% from 2021 to 2026 (Mordor Intelligence), as it is proven to be a source of a clean and sustainable source of electrical energy.

After being in the industry for a while now, Mr. Ryan Averell G. Tan found out that most of their competitors do not have their system for monitoring their solar output and the grid.

Hence, instead of using the monitoring tools from other manufacturers, TTC decided to create its own Energy Monitoring System (EMS).

“The advantage of what we’ve developed for is that it allows our suppliers to have an identity as an installer and that their clients can easily monitor their solar energy output.”

The Taneko EMS provides a tailor-fit user interface (UI) design to their suppliers wherein their clients can put up their company logo and branding. Moreover, the Taneko EMS allows its users to conveniently monitor their solar output through their computers and handheld digital devices. In addition, Taneko EMS is being updated close to real-time, or with just ten (10) seconds buffering to its actual status. At the same time, other monitoring tools will take about a minute range to read its actual status. Furthermore, Mr. Tan believes that providing their suppliers with their monitoring tool gives them a competitive edge over their competitors. This provides clear information on their clients’ solar energy output and brand identity.

Through TTC’s work efforts on providing sustainable electricity through solar energy, they provide affordable and clean energy to underdeveloped communities, which also contributes to climate action as it reduces, or even eliminates, their need to source energy that contributes to carbon emission. Moreover, by having a sustainable source of electricity, these underdeveloped communities could now be receptive to progress. These could lead to advancing developments within their community that entail decent work and economic growth. Furthermore, through continuous progression and development, these underdeveloped communities could grow into a sustainable community wherein they will no longer be dependent on sourcing their basic needs outside their community. 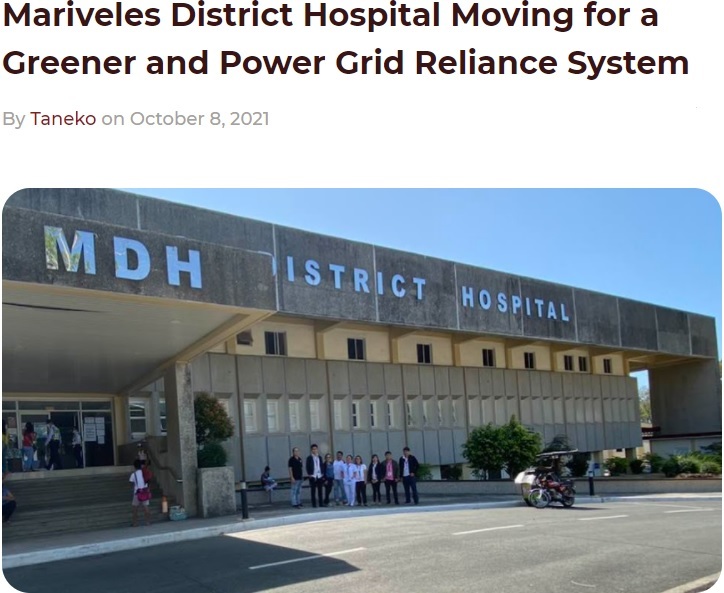 “My Father is one of my inspirations to establish Taneko Trading Corporation to what it is now.”

Following his father’s footsteps, he started his own company, Taneko Trading Corporation, creating a sustainable source of power and energy. His goals were to create a sustainable business that helps address climate change by reducing carbon emissions and not be in his father’s shadow.

Moreover, his visit to Mamburao, Mindoro, intensified his determination to ensure sustainable development in the Philippines. During this recent trip, he witnessed communities that still have no access to power or areas that are still off-grid. Mr. Ryan also visited a school with no convenient access to water since no power source will automatically pump the groundwater.

“These are the problems that I would like to be part of the solution of; we will help these communities.”

The underdeveloped communities are usually the ones with no reliable source of electricity and power. Not only does it limit the productivity and development of the community during daylight, but it also hinders the entry of technology that could pave the way for the advancement of the community. Moreover, since these underdeveloped communities are in remote areas that are distant from the national primary roads, the powerlines of electric companies cannot easily reach them.

One of TTC’s early projects was putting up a solar energy facility at a local community of Rizal Province, wherein the community used to suffer frequent brownouts. “One of the most fulfilling projects that we made,” said Mr. Tan, knowing that they were able to solve a recurring problem in that local community. “Although we were not able to directly communicate with the locals, I’m sure they are happy with what we’ve done,” explaining that having access to uninterrupted electricity means a lot to a community’s progress.

Mr. Tan further shared a story of a water district in Mindanao that suffered from power outages resulting in the poor water supply to their constituent. “It still surprises me that there are still major facilities that are underpowered.” After TTC finished their project, the said water district could operate 24/7 and have enough power to pump water supply to service their constituents.

“The work that Taneko has done is still not yet substantial for me to say that we have already made an impact, but we are on the right path to make one.”

Furthermore, helping create sustainable communities helps fight against the adverse climate changes already happening. Mr. Tan pointed out that super typhoons are becoming more frequent in the Philippines and the rest of the world. Through the “baby steps” that TTC is doing to help reduce carbon emission, they hope that eventually, typhoons will no longer be destructive as they are today.

The Philippine Board of Investments (BOI) grants Renewable-Energy (RE) Developers various tax exemptions and tax incentives to attract foreign investors and encourage the growth of local RE Developers. Since Taneko Trading Corporation is still a growing company, incentives granted by the Philippine BOI are highly beneficial to them: “As an RE Developer, we have various tax exemptions when it comes to imported equipment, and we can also apply for a tax credit with BOI.”

Under the Philippines Renewable Energy Act of 2008 (R.A. 9513), Taneko Trading Corporation and other RE Developers benefit from the following fiscal incentives and non-fiscal incentives:

2. Duty-free Importation of RE machinery, equipment, and materials including control and communication equipment within the first ten (10) years upon issuance of a certification of entitlement to incentives;

3. Special tax rates on realty and other taxes on civil works, equipment, machinery, and other improvements actually and exclusively used for RE facilities not to exceed one and a half percent (1.5%) of their original cost less accumulated normal depreciation or netbook value;

6. Accelerated Depreciation of plant, machinery, and equipment that are reasonably needed and actually used for the exploration, development, and utilization of RE resources (Depreciation rate not to exceed twice the normal rate);

8. Tax Exemption on all proceeds from the sale of carbon emission credits; and

9. Tax Credit on RE machinery, equipment, materials, and parts purchased from a domestic manufacturer, equivalent to one hundred percent (100%) of the value of the VAT and customs duties that would have been paid had these items been imported.

1. Renewable Portfolio Standard (RPS) - refers to a market-based policy that requires electricity suppliers to source an agreed portion of their energy supply (in on-grid systems) from eligible RE sources; and

2. Feed-in Tariff (FIT)- refers to a renewable energy policy that offers guaranteed payments on a fixed rate per kilowatt-hour for emerging renewable energy sources, excluding any generation for own use. This policy includes but is not limited to the following rules: a. Priority connection to the grid b. Priority purchase and transmission of and payment for by grid system operators c. Guaranteed payment of fixed tariff for at least 12 years.

In addition, TTC is also looking for a way to extend the benefits of going green to their clients. “The Company is trying to find out how our end-users can have a carbon credit.” Mr. Ryan Tan further expounded that households that install and use solar panels in their home are essentially also entitled to incentives. “By using renewable energy for their daily electric consumption, they are already helping reduce carbon emission, compared to sourcing their energy from a nonrenewable resource like fossil fuels.” Moreover, Mr. Ryan Tan pointed out that since their clients have their own Energy Monitoring System (EMS), they can accurately compute their solar energy output.

Furthermore, since these underdeveloped communities will now be sourcing electricity through renewable energy, it will lessen or even omit their need to source their electricity from fossil-fueled power sources such as diesel gen-sets (generator set). In effect, it will inhibit the communities from adding to carbon emissions.

Mr. Ryan Tan promotes the need to go green, “Not only that we are helping these communities develop, but we are also helping to solve climate change.” By partnering with the government sector, Taneko Trading Corporation will continue to provide renewable energy throughout the Philippines. 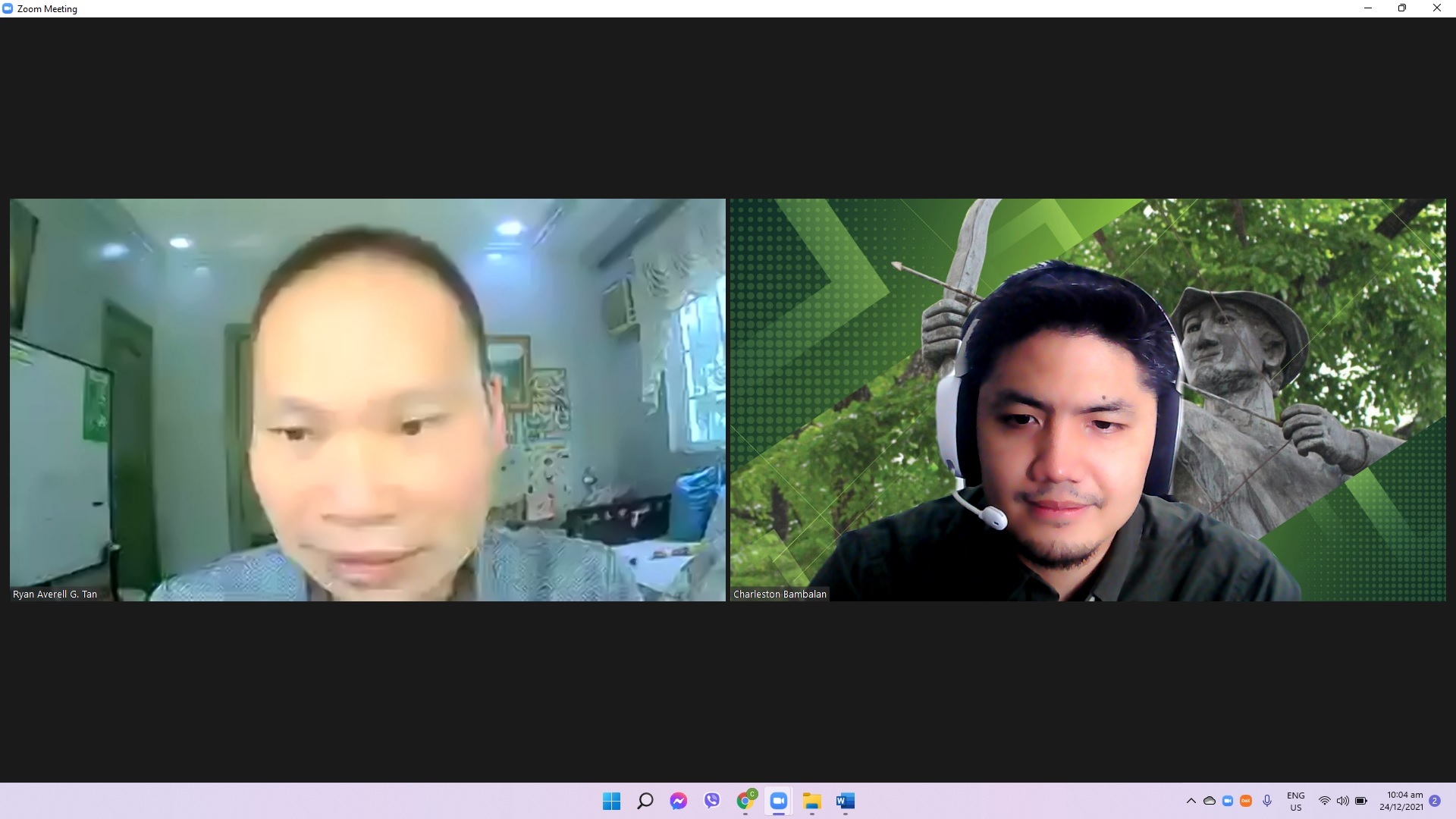 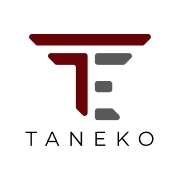 Taneko Trading Corporation (TTC) is a trading company and renewable energy service provider that aims to provide technology that will allow their consumers to control the use of energy and enhance their ability to choose the source of energy from the grid to self-generated options that would be beneficial for everyone.

TTC's goal is to build a good reputation in the field of renewable energy and become a key player in the industry.