The innovation is an improvement of the cooking stove, designed specifically for environmental and physical conservation in developing countries. Traditional stoves and open flames don’t exactly utilize the full amount of fuel that is being used. The EcoZoom stove is designed to direct air through burning fuel situated in an internal combustion chamber. In the combustion chamber the mixing of gas and flame allows for a complete burn, which reduces smoke in comparison to an open flame. Traditionally, open flame and cook stoves are one of the planet’s most significant environmental problems. With the EcoZoom stove, the user is able to achieve a higher combustion and heat transfer, capable of emitting up to 23,000 BTUs. Also, the stove allows people to save up to 70% on fuel consumption while producing 60% less smoke. The stove was originally developed for camping by two students in Oregon in order to get the most out of natural fuel. Exploring the potential impact that this could have on emerging countries and the environment led the product to be used where gas and electric is not common.

The EcoZoom stove company's mission is to provide relief to millions of people living in poverty in Internally Displaced Person (IDP) camps. Cooking in these camps is often dangerous as many three-stone fires are in a close proximity and it can put a strain on natural resources. EcoZoom is also working with the World Food Programme, the International Committee of the Red Cross, and Relief International to improve energy and reduce the impact on the natural environment in areas like Kenya. During my conversation with Mr. Harten he stated, “because of my history here in East Africa, I wanted to help the people of Kenya with renewable energy and started talking to people.” During the conversation, we discussed what the potential impact could mean to not only the people of Kenya, but to other developing countries as well. 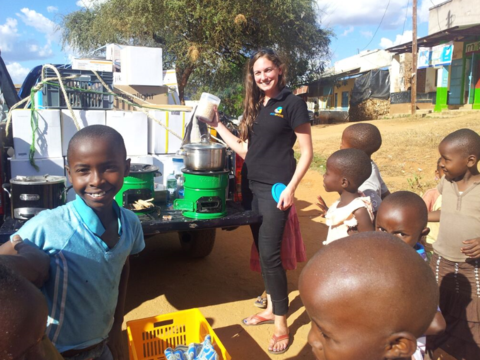 The inspiration for the EcoZoom was to improve the consumption of solid fuels for people who don’t have access to gas or electricity. The program was designed to donate and teach the people of Kenya how they can use their fuel to a fuller extent. The developers also saw the potential impact, because over 3 billion people (almost over half the world’s population) don’t have access to modern fuels like electricity and gas. This results in using fuel to cook from other sources that are often smoky using the three stone methods or other inefficient methods, which have a huge impact on people by resulting in over 21 million people suffering from health issues from home pollution. Because traditional methods of cooking require more consumption of solid energy, this requires women to collect firewood, which also leads to deforested rural areas. According to the World Health Organization, cooking on a three-stone fire is the equivalent of smoking two packs of cigarettes a day.

The inspiration was to provide a product that not only has positive environmental and health impacts, but also can save families over $100 a year. The savings give families opportunities to pay for education in addition to freeing up time for work. During the conversation Mr. Harten stated,” a source of my inspiration was that I didn’t want to take a typical route and push products, but once I heard of the EcoZoom I wanted to improve the business and have a real impact.” While you don’t necessarily need to develop a product that will change the world, you can become part of a company that has a business plan that wants to help people.

The overall impact that the EcoZoom has on Kenya has resulted in over 35,000 units distributed in Kenya along with training. Using a mobile money sector allows customers to pay for the product as well pre-pay for the product. EcoZoom partners with the government and local business and entrepreneurs who want to help put the stove into the hands of people who need them. EcoZoom allows distributors to also sell the stoves for a profit throughout a sustainable value chain. Also, they allow the consumer to purchase the stove with end user financing while working with micro-finance institutions and community banks like Equity Bank in Kenya. In some areas the demand for the product is unknown because the value of product is unknown, so EcoZoom competes for end user purchases with mobile phones or other technologies. Also, they create demand in areas by offering samples and subsidized stoves to help create demand, in some cases donations can help demonstrate the value of the product. During my conversation Mr Harten stated, "our products provide families with the opportunity to save over $100 a year which gives them a better chance to survive."

The environmental impact includes the following:

- Reduce consumption of solid fuels by up to 60%.

- Reduce smoke emission by up to 70% of methane, Co2 and other climate changing gases.

The business benefits include helping to avoid the future impact of deforestation along with the benefits that it brings to the consumer. The product has allowed the consumer to gain trust in EcoZoom, which has allowed them to offer other products like the Radio lamp with a 5-year battery life. Using the same business model, they can continue to help developing countries that use traditional methods of living. Mr. Harten stated, "by providing other means to purchase the product, we can have an impact on both user and business."

The Kenyan government has placed a restriction on making charcoal because it is a highly inefficient process that is harmful to the environment and when a tree is cut down, only 10% of the tree will make charcoal. This has created a black market for charcoal and has driven up prices, but it is still cheaper than gas or electricity. So, by using the stove the user can benefit from the effective flame that the stove produces. 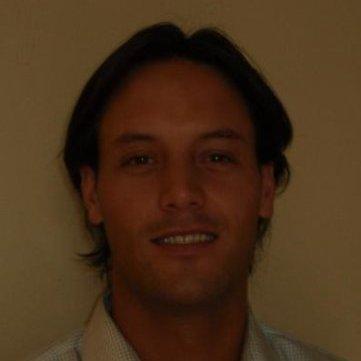 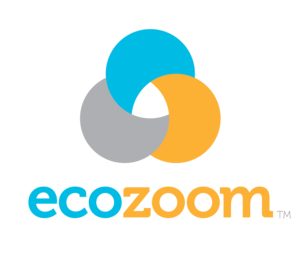 EcoZoom is a certified B Corporation that makes clean burning, portable wood and charcoal powered cook stoves. EcoZoom believes that cooking should be healthy, efficient, and ecofriendly. Developing countries do not have access to electricity and gas, which leads to cooking with unhealthy and inefficient fires. This also results in hours spent gathering fuel and up to 30% of monthly income is spent on fuel costs.