Eco-Innovation in the Automotive Industry

Reducing emissions, fossil fuel usage, and overall utilizing cleaner energy through electric cars has been the trademark of Tesla. Tesla launched their line of completely electric cars in 2008 and has dominated the electric car market since. Tesla’s mission is to build “a world powered by solar energy running on batteries and transported by electric vehicles” (“About Tesla”). Electric cars have been around since 1890, but Tesla is the first company to create a practical electric car for the average consumer. Tesla addresses multiple of the UN SDGs. Affordable and clean energy, innovation, and climate action. Tesla cars reduce carbon emissions, which eliminates contributions to global warming. Tesla’s first electric car was too expensive for the average consumer; however, since then Tesla has reduced its prices to increase affordable energy.

Tesla was founded in 2003 by two American engineers, Martin Eberhard and Marc Tarpenning. Tesla has headquarters in Austin, Texas with manufacturers in the United States, China, and Germany. Elon Musk joined the Tesla team in 2004, invested $30 million, and four years later became the CEO. In 2008, they began production of the Tesla Roadster, an all-electric sports car. The Roadster was the first highway-legal all-electric car to travel more than 200 miles per charge. With the Roadster, Tesla was the very first company to create an electric car with practical elements that met customer needs. For example, the Roadster was also to be charged in a standard wall outlet.

Tesla regularly communicated their mission, strategies, targets, issues, and finances with their stakeholders. Tesla wanted to be as open and honest with its stakeholders as possible and wanted to make sure they were aware of everything going on. Tesla publishes their yearly reports on its website and annually holds conferences for its stakeholders to gain more information about its innovations. Originally, Tesla relied on Eberhard and Tarpenning’s own money for funding. Elon Musk also contributed the majority of the funding because he wanted to increase the advent of sustainable transportation.

Tesla’s electric cars helped increase “the world’s transition to sustainable energy by avoiding 5.0 million metric tons of CO2e emissions” in 2020 (2020 Impact Report). The use of fossil fuels (oil, coal, etc.) is the main reason for CO2 emissions. Carbon dioxide emissions are increasing every year and transportation holds 14% of the greenhouse gas emission by economic sectors. CO2 emissions are extremely dangerous for the Earth because they cause global temperatures to rise. Each individual car could reduce emissions by 400 grams of CO2 per mile driven in a Tesla-branded car. Removing the heavy-emission cars and replacing them with low CO2-emission Tesla-branded cars is how these stats are achievable. The data shows Tesla’s intent to guarantee a sustainable and controlled consumption and production pattern. 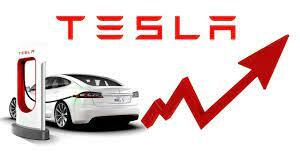 Martin Eberhard wanted to purchase a sports car but was concerned about global warming and the dependence on oil. There were no electric sports cars on the market at the time. General Motors produced an electric car, but in 2003 recalled and destroyed all of them due to a lack of sales. It was the first mass-produced electric car on the market. Elon Musk also claims that Tesla was started as a result of the cancellation. Katharine Stark, Program Manager in Global Marketing at Tesla, added to the reason for inspiration, “The increase of global warming is a huge indicator that electric cars are needed on the market and I think the founders of Tesla saw that as an opportunity to innovate a car that meets the needs of consumers, as well as the environment.” The sole purpose of Tesla was to create an electric car, it was their first innovation. Tesla Inc. built its innovation off of Nikola Tesla's invention of the alternating current motor. Elon Musk is in charge of all product design, engineering, and global manufacturing of Tesla. Stark explained that one of the main reasons she wanted to work for Tesla was because of its environmental impact. Stark stated that she is “very interested in sustainability and proud to work for a company that makes sustainability a priority.” Stark also mentioned that “It can be difficult to make various aspects of your life environmentally friendly, but [she is] inspired by Tesla’s commitment to it.” Tesla’s mission is to advance the electric car market and reduce carbon emissions.

This innovation's short-term effects include energy security, fuel economy, costs, infrastructure availability, and emissions. To go into more detail, it was proven that the transportation sector in the U.S. accounts for 30% of total energy consumption and 70% of petroleum use. With electric vehicles, these numbers would be reduced by tremendous amounts. Long term effect of Tesla’s innovation will be the country, perhaps the world, running on electric vehicles. If they are solar-powered, then the effect of creating lithium batteries is nonexistent and it will lead to a more sustainable future.

The evidence that backs up these claims comes from Tesla’s impact reports and its values and mission statements. Their long-term goal is to create a sustainable environment for citizens to live in with clean energy instead of burning fossil fuels. By lowering carbon emissions, burning fewer fossil fuels, and perfecting autonomous driving with a massive fleet, the world will be a safer place to live.

These innovations benefit the business because, with their business models, consumers are more likely to agree with the cause and be a part of it. The reason behind it is that most people want to be a part of an environment where it is sustainable. Tesla can do precisely that with a popular sector, the transportation sector. With all the listed benefits and a reasonable price tag, consumers are getting a great deal, not just for the environment, but for themselves. They save a ton of money on fuel costs every year, helping reduce carbon emissions, and burning less fuel than the average combustion engine.

According to Katharine, “Tesla hires over 100,000 employees directly, and indirectly, they support over 600,000 jobs.” As we see here, Tesla is benefiting from this innovation because of the number of jobs needed to run the business. Even though Tesla started in North America, it is trying to expand its market into China and Thailand. By going into these markets, it will be able to get much closer to its goal and ultimately be able to create a much better environment for the people and help society. Tesla is also introducing itself into new industries such as the trucking industry, after expanding its market into the transportation industry. Trucking is accountable for most of the transportation in the country, so by dominating that industry, they are getting much closer to their goal.

These innovations significantly impact society and the environment in various ways, including costs and the burning of fossil fuels. We can start by explaining how Tesla has helped cut costs for consumers. According to Yardeni Research, the average American citizen spends approximately $5,000 on gasoline every single year. This number can vary widely depending on numerous factors including driving habits, fuel costs, and vehicle fuel consumption. Tesla was able to almost eliminate these costs. Another benefit that Tesla has brought to society would include convenience. The entire vehicle can be controlled using your mobile device and you can preheat the vehicle before entering it, you’re able to enable autonomous driving, and you also have a built-in GPS which is always helpful.

Some ways that Tesla was able to help the environment would include the reduction of carbon emissions, less burning of fossil fuels, and overall less pollution in the air. As Katharine said during the interview, “Tesla’s goal is to build a world that’s powered by solar energy, running on batteries, and transported by electric vehicles.” As we see here, Tesla is attempting to rid the world of the use of petroleum as a whole, which in turn, burns fewer fossil fuels and helps make the environment much more sustainable. There are more benefits than disadvantages to Tesla, even though they have a long way to go. They even have a solution for the mass transportation sector, the trucking industry. Their CEO, Elon Musk, introduced an idea that would change the industry forever, and the truck that he introduced was guaranteed to drive up to a million miles without breaking down. This may be the dawn of a new era. 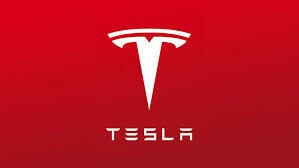 Tesla was founded in 2003 by two American engineers, Martin Eberhard and Marc Tarpenning. Tesla is headquartered in Austin Texas with manufacturers in the United States, China, and Germany. In 2008, they began production of the Tesla Roadster, an all-electric sports car. The Roadster was the first highway-legal all-electric car to travel more than 200 miles per charge. With the Roadster, Tesla was the very first company to create an electric car with practical elements that met customer needs.