Planet Bean’s story begins in places like Peru, Mexico, Ethiopia, Guatemala, and Sumatra, it is shipped to Guelph roasters in 132-pound sacks and sent through the scientific yet artistic process of coffee roasting. A flame transforms a tasteless, green, dense, unassuming bean into a stunning handcrafted creation of flavor and aroma. The same flame that changes a bean into a story, ignites a passion in the company and community to spark global change starting with refocusing from a profit based company to a people first mindset.

In the deep tropical rain forests of South America and Africa the forgotten farmers of the Coffee industry work tirelessly to supply the North American morning energy boost, but through the work of Planet Bean, Guelph is giving a name to each and every farmer. Its business structure opens the heavy door too opportunity for it’s marginalized farmers, through the work to own cooperative program. With the belief of equal opportunity and fair distribution of wealth, Planet Bean has had goals from the beginning to lead by example to protect human rights, with no compromise. As an original member to the Fair Trade Canada, Planet Bean has inspired local businesses and developed the culture of downtown Guelph- organic and authentic.

From coffee products to baked goods, to travel accessories, and even clothing, Planet Bean is certified organic to ensure excellence in all of their outputs. Working with local farmers to maintain organic dairy, building relationships internationally to develop fair trade beans, and taking special precautions throughout the manufacturing, packaging, and retail competent to respect the efforts and protect the integrity of every hand that has become part of the Planet Bean story, this firm is exceptional. 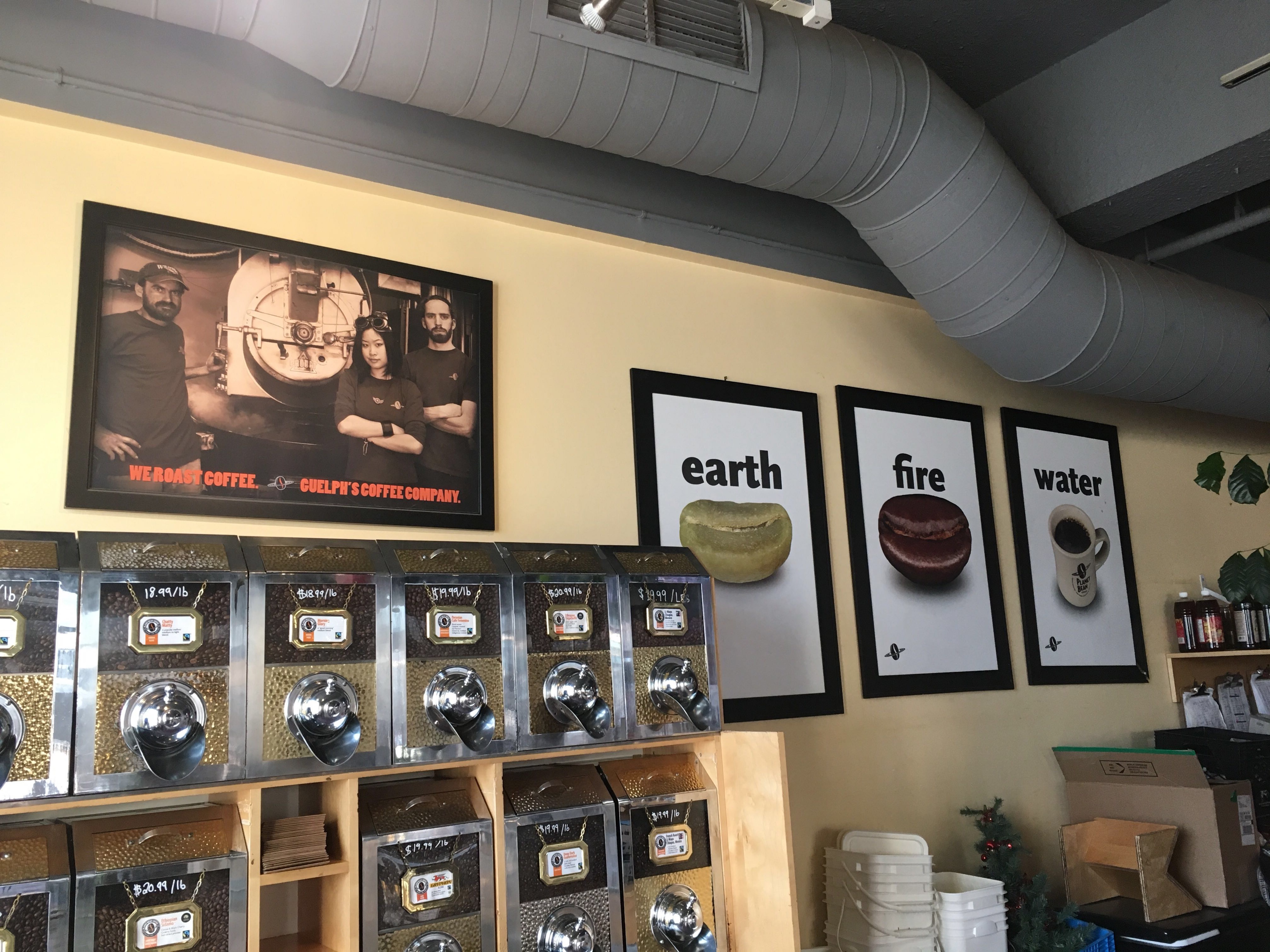 As a life-long traveler and coffee enthusiast, Planet Bean Co-Owner, Bill Barrett, has seen much of the beautiful Earth, experienced a variety of cultures, tasted countless flavors and has unfortunately witnessed the environmental destruction that humans have implemented on the planet. After observing an increased demand for specialty coffee throughout the late ’80s and early '90s in Canada, Barrett used his entureapentural talents to create the largest impact possible, inspire change. “I am a strong believer in equality for everyone, which means every single person should have an equal chance at an opportunity” Barrett explained as he described his passion for the cooperative business structure. “As we grew our business, we wanted to build structures in these countries to distribute wealth fairly, to value every person in the production process”, Barrett attests to how Planet Bean tackles food scarcity and poverty around the world while entwining business, society, and the environment together. By becoming one of the first certified Fair Trade companies in Canada, Barrett soon realized that that it is possible to “Make money, without cutting down”, which is why his company is based on the sale of shade-grown coffee beans, allowing the growth and harvest of coffee without the destructive impacts of deforestation and habitat loss. Barrett not only wants to make positive change for the future, but his dream is to reverse the mistakes of the past through the restorative properties of carbon-storing in organic agriculture. The unconventional business structure of Planet Bean was developed by a small team, in a small town, but has the potential to be emulated by other motivated individuals around the world. “We don’t want the positivity and change to end here in Guelph, our inspiration is to inspire others.”

In terms of the overall impact that comes along with the work that the team of Planet Bean is doing, hundreds of lives are changed on a global scale. For example, Cafe Femenino is a locally owned and operated business for women in Peru supported by Planet Bean, where the male-dominated culture does not allow women to become independent from the family. The idea was to give these women something that was completely their own, to empower them both on economic and personal terms. Planet Bean is proud to be in partnership with the Cafe Femenino and many other small coffee harvesting businesses around the world, because at Planet Bean people believe that by empowering the population, you are empowering the nation to begin striving toward political stability, equality, and climate action. Making these connections and partnerships for Planet Beans goals, allow this company to not only reduce inequality, develop stronger institutions and create sustainable communities, but it increases the awareness and acceptance of Certified Organic and Fair Trade Products

Planet Bean benefits as a business because the innovation in itself creates customer loyalty, as people are often driven to spend money in the right places. Knowing that Planet Bean has the proper intentions to be as sustainable as a coffee company can get. Being the first fair trade coffee company in downtown creates the thriving coffee culture downtown Guelph that attracts people from all over.

In addition to the customer loyalty that comes with the company, Planet Bean not only benefits from their prominent worker’s co-op, but so do the workers. People who have been involved in the company and who have worked for the company for a number of years have the opportunity to be a part of the worker’s co-op and individually gain economically. Due to the success of the first Downtown location, Bill Barrett had the opportunity to expand his business and open up more locations around Guelph.

The team at Planet Bean is constantly putting efforts forward in becoming more and more sustainable as a company, as more opportunities arise. As of right now, Planet Bean does many things that have a beneficial impact on the environment, such as taking into consideration the type of take-out cups they use at each of their locations in Guelph, as well as encourage the use of travel mugs while providing economic incentives to do so. Planet Bean also ships the coffee beans to their own coffee bars in reusable containers which keeps non-recyclable foil bags out of the landfills they would otherwise end up in. These few prime examples are all beyond beneficial in bettering the environment by reducing their ecological footprint. On top of this, shade-grown coffee beans prevent deforestation which works to contradict the carbon that is emitted into the atmosphere as well as regulates the general climate through its moisture cycles in drought seasons. The tropical rain forests also are inhabited by a large array of wild species. The coffee farm itself acts as conservation for the delicate habitat of unique species.

Being the first Fair-Trade coffee company in Guelph, Planet Bean receives lots of recognition for that. Not only do they bring in hundreds of eager customers daily, but they also set the bar high for other coffee shops in Guelph and surrounding areas. By setting the right example, other cafes and shops will want to star to follow suit, as society as a whole is beginning to think more sustainably and will be making more conscious decisions when considering where to spend money. 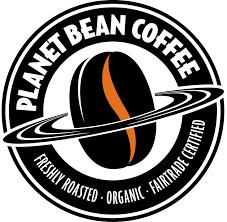 Since 1997, Planet Bean has redefined the standards of the coffee industry with a business model that is fair, sustainable, and passionate. The firm has committed to sharing stories of inequality and environmental devastation in each cup of coffee they serve to inspire change and reconnect the producers, workers, shareholders, customers, and consumers in a meaningful way. Planet Bean bases its business structure on three unique pillars; Ecologically Sustainable, Cooperatively Driven, and Responsibly Ethical.