Driver Support for a Better Environment

Scania's desire for a more interconnected system which favors the environment and the people among the company has led the business to come up with their greatest innovation, Scania Driver Support System. This exclusive new method promises to make driving safer and a more friendly and sustainable world for everyone, committed to improve SDG 8 with better working conditions for employees and more profits to the company, SDG 9 with the introduction of an innovation that has led other companies in the sector to adopt it and SDG 12 with the practice of a responsible consumption and production, by providing vehicles that emit less CO2 emissions.

It has been scientifically proven that more than 25% of the general operating expenses of a long-distance transport are invested in fuel for the vehicle. To reduce this expense and other environmental ones incurred in the operations, Scania presents “Scania driver support”, one of the biggest innovations of the company of all time.

Scania driver support is a system implemented in the vehicles that provides the professional driver with information and comments through a small computer screen, in order to improve and optimize the driving style. The main reason or motivation for the emergence of this project has been to have an interconnected and controlled system of trucks. This objective has been achieved via a computerized program. Ramón, one of the regional managers of the company, explains how it was a “small group from the R&D department that reunited large amounts of data and came up with the main idea”.

There are a wide variety of sustainable goals and objectives associated with different areas that are planned to be achieved with this innovative, exclusive, and patented Scania’s system. To start with, it’s introduction would enhance SDG 8, as sustained and inclusive economic growth would be promoted, as well as a completed and productive employment and decent work for all. In addition, the driver support would contribute to building a resilient infrastructure and to fostering innovation, improving SDG 9. To conclude, the implementation of Scania’s Driver Support would result in a more responsible production and consumption, as driving would be safer and production of damaging emissions like CO2 or other particles would be greatly reduced.

According to the procedure followed, what Scania driver support does is continuously collect information on various sensors on the vehicle and then analyzes them and reaches conclusions within seconds. Therefore, the driver is instantaneously provided with the mistakes made and the points to be improved, while maintaining the motivation when positive feedback is received. This being said, Scania gets the driver to practice driving as efficiently and safely as possible, without these messages being a distraction. The 4 areas in which the system evaluates data are the following: Ascent of slopes, usage of the brakes, anticipation in situations and selection of appropriate gear.

To sum up, the implementation of this new system will not only contribute to the development of a more interconnected system and business but will also positively impact the buyer and the society as a whole with the provision of the safest, environmentally-concerned and most productive vehicles possible.

The main inspiration has been their wish to have trucks connected. It was necessary to develop the software that makes it a fact rather than a wish. Scania’s trucks were sending and creating a lot of data that was not used. As Ramón told us, the reason behind the innovation was a wish to connect all the trucks they sell and to utilize the tons of data generated by trucks. This being said, the main function of this system is to evaluate all this data generated by the trucks. The software also provides feedback of the whole fleet, not only of an individual driver. Drivers that get the highest score on the software consume less fuel and pollute less; this is also a motivation that Scania had when they develop the Scania Driver Support.

In addition, if drivers use this technology, the vehicles are better maintained and their expected life grows. By doing so, clients’ satisfaction is greater and the likelihood of them purchasing another Scania vehicle increases. Another motivation was incentives for workers, “Using all the technology available would result in greater benefits for the company and safer transport, we believe that success lies in two main pillars; the control of the fleet and in giving part of the benefits generated, because of the more sustainable and efficient driving, to workers through incentives due to great performance in the software,” as Ramón López stated.

All in all, their main inspiration is to make companies more productive and efficient, make employees happier and richer through incentives, and make driving more sustainable helping the environment, “Success is about trying to help as many people as possible at the same time”, explained Ramón.

When asked about the impact this innovation had on the business, Ramón was crystal clear. Given the quality of the company and the quality offered by the “Scania driver support,” he told us that the company had experienced a significant growth of their market share, as the innovation led to a bigger number of buyers in the industry. Some environmental impacts were also observed such as that the trucks and drivers that profited from the innovation had a better driving that led to less CO2 emissions. Moreover, drivers are also benefited from this innovation. They benefit from a much safer driving as the machine commits less mistakes than a human being. This innovation can also have an impact on their pockets because there are some insurers that take reference of the “Scania driver support” grading scale and if they see a good driving practice, they can profit from some benefits and discounts.

Taking all these previous points into consideration, this innovation can be related to a full spectrum flourishing as the “Scania driver support” does not only improve the success of the company, but also tries to increase the well-being of everyone involved in the innovation, such as drivers, customers, and all the community members. In addition, it is also a very beneficial solution that helps the world to achieve the SDG goal 12 of ensuring a sustainable consumption and production.

Thanks to “Scania driver support,” the company gives a great service to their customers which leads to an increase in customer loyalty as well as new customers in the future. A big advantage is that, thanks to the program, they can anticipate when the brakes will wear out, when the truck will need to refill the oil or will just need new parts out of the use, for example. Because of this anticipation, the Scania workshops can have in stock the parts that need to be ready for the demand. If it was not for this preparation, it would mean that it will take longer to get the parts. As Ramon said, “all the parts come mostly from Asia,” so it would take up to weeks to get the required part and the truck would be stuck meanwhile, resulting in higher costs for the owner of the truck. It is also an important advantage for Scania because it would avoid bottlenecks. In addition, a truck normally has an average lifetime in kilometers and Scania can anticipate when the owners will need a new truck, easily predicting future sales and adjusting their production of trucks to the demand they estimated with the program. Moreover, the efficient driving will lead to less fuel consumption, which is a significant expense for the truck owners.

Ramon commented that “a six-year-old truck uses 40 liters of fuel and a new truck uses 28.” This program is strongly linked to SDG 8 as well. The truck drivers are safer, and it makes their work easier because the machine takes more control. It also incentives the economic growth by cutting expenses such as truck parts or fuel (which represents 36% of the expenses). This will lead to higher profits for Scania and their clients will end up in more investment and more economic growth.

Scania’s innovation allows that 20% of the driving is driven by inertia and reduces the velocity of the truck from 90 km/h to 80 km/h, which leads to a reduction of fuel of 10%. This saving has demonstrated to increase the economy of the fuel, as well as to reduce the costs, increasing the profitability of the companies and directly benefiting the company in the short run.

Society is also positively impacted. Firstly, there is an improvement of work conditions, since, according to MAPFRE, Scania’s system reduces the risk of car accidents. This is mainly because the driving is more mechanized than humanized, in this way reducing human error and reducing and controlling the velocity too. Therefore, it can be narrowly related to SDG 8 of decent work and economic growth. Additionally, the drivers with a better performance and greater savings of fuel receive a bonus from the firm and the insurance carrier reduces the quota to these drivers, making this alternative more attractive for workers.

Considering the long-run, the most important benefit for society and the environment is directly related to the reduction of fuel for trucks. Thanks to Scania Driver Support System, there is a reduction of 2.5 kg of CO2 per fuel liter that trucks use. While an average truck consumes 25 L / 100 km, Scania employs 22.5 liters per 100 km and of course the greater the distance, the greater the saving. Since CO2 exerts a great influence on heating and because it has a long life, a reduction in its emission would benefit not only the environment but the society as a whole. In this way, life quality of every individual could be improved and SDGs related to environmental care could be encouraged, such as number 12 and even 13 and 15. 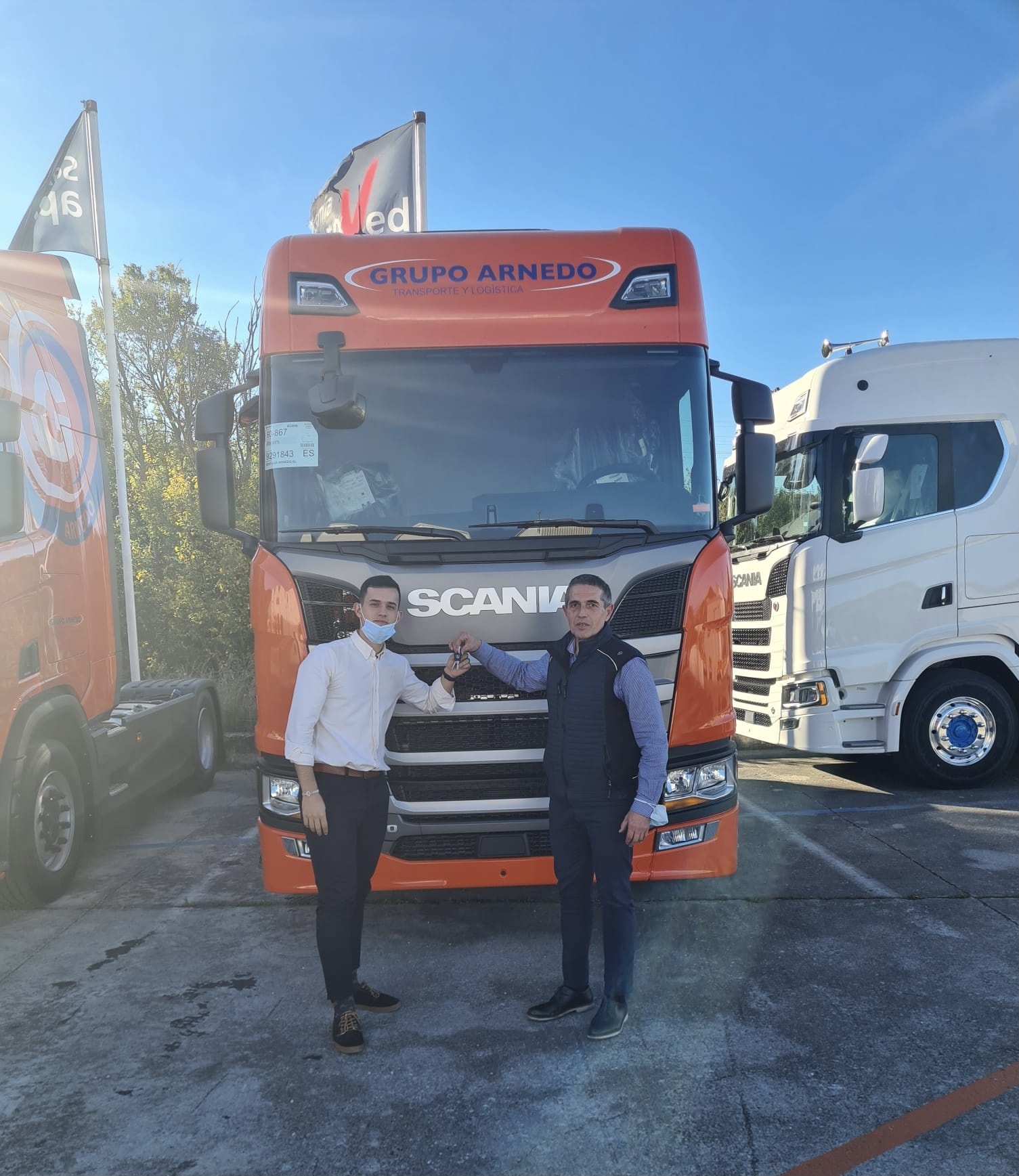 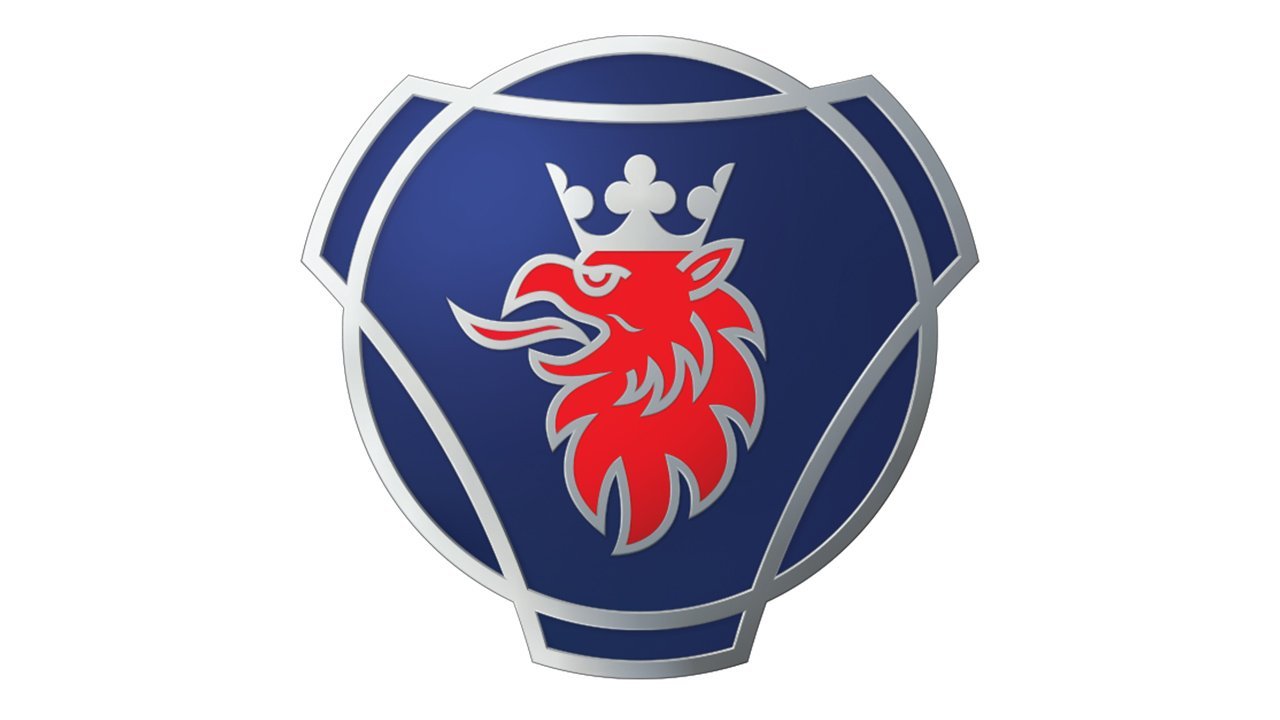 Scania is a Swedish company that was founded back in 1891 and whose core business are trucks. They develop and manufacture trucks and similar vehicles like buses and coaches, as well as a lot of services such as fleet controllers. Scania is a huge company, with 50,000 people currently working among Scania in locations in about one hundred different countries. Nowadays, they are working together with their clients and partners towards a future with sustainable transport. Among their competitors Scania has always been ahead in terms of innovating. They are investing a lot of money in I+D+I to make this possible.