Reshop is a retail store in Guayaquil, Ecuador from second-hand designer clothes, shoes and accessories. The business’ goal is to sell what people don’t use anymore and sits at the back of closets; this allows them to stop accumulating and all parties involved benefit from the sale. Their basic operation consists in receiving clothes from people who don’t want it anymore, the owners choose what they like and is in perfect state, they assign a price with the input of the market and the supplier, they sell it, and finally both the store and the supplier receive a share of the revenue. The owners of the store have been able to bring something new and successful to their community: it is a new way to regain money and allocate it elsewhere, as well as reduce consumerism; this is a reflection of SDG 11 and 12. Reshop is inspiring Guayaquil to be more sustainable and motivating consumers and producers to be more responsible. Muriel Pons, the co-owner, was very kind to supply us with more insights on how this business was created and its growth since they opened their store.

Reshop brought a new business model to the city of Guayaquil in October of 2018. It is a second-hand used clothing store, but not like any other. Products found in the store are great quality and are carefully picked to match the owners’ beautiful taste; you can only find top, exclusive brands. Muriel makes it very clear that they pick from their suppliers “clothes that they would wear”. This idea came up between Muriel and Alejandra when they realized how much clothes they had sitting at the back of their closet that was in perfect shape but they didn’t want to use it anymore. The thought that they must not be the only ones with this problem inspired them and decided to innovate for the good of all. It's an innovation based in sustainability and awareness for consumers, which highlights SDGs 11 and 12.

As Muriel and Alejandra planned their business, their husbands also decided to help, and gave them the chance to open a store where they could also have their office. This means that their husbands put in the capital, and Muriel and Alejandra the administration and creativity. Having a location, they started to receive clothes from their friends, carefully picked the ones they liked, and gave the rest back. Now, they receive huge bags and suitcases full of clothing from around 300 people. Muriel further describes that “the clothing we choose, are listed in an Excel sheet with their respective new prices, which have to be approved by the supplier first”. The prices they decide on the product is based on a market study made by the owners as well as some adaptations to the Equatorian market. This is very important because “the benefit of the people who send their clothes is 50% of the revenue, and if their products have a value greater than $400, their benefit is higher, 75% of the revenue”, as Muriel mentions. In this way, both the suppliers (people giving up clothes) and the intermediate (Reshop) gain from the sale and they are contributing for a social and environmental cause by re-using clothes, being sustainable and responsible.

Like any other store, they also carry the idea of sales yet they make it very clear to their suppliers that, as Muriel says, “if the products have not been sold within three months, their price is lowered by 30%, and the benefit they then receive is still 50% but from the new value. If at the end the product is not sold or gets unattractive, these are given back, and in the case that they’re not collected they are donated.” Apart from having their physical store, the way to attract clients and market their products is through Instagram. Reshop has nourished a good relationship with their suppliers because they are very transparent with their prices, however they have also adapted the idea of disclosure, which entails the privacy of the owner, meaning that if the former owner of the clothes wishes to keep the identity private, the store does not reveal information about who owned what. 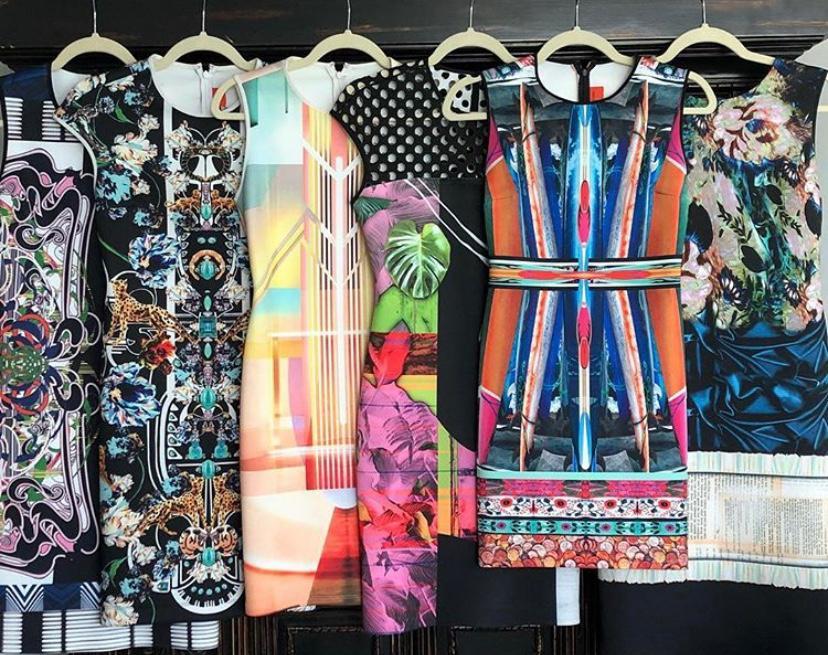 Muriel and Alejandra’s inspiration was the fact that they had a lot of designer clothes and accessories in good quality that they were not using anymore. All of them from brands such as Chanel, Gucci, Louis Vuitton, Hermes, Chloe, Yves Saint Laurent. They also knew that their friends had the same issue. So they decided to start this business of selling those luxury brands at a decent price, so they would be able to make some profit out of it and at the same time give clothes a longer life. They emphasize the idea of consumerism, of buying continuously and compromising natural resources and the sustainable economy. By buying second-hand products people would be reducing their global footprint and reducing their impact in Global Warming.

Moreover, They thought that although people already donate clothing, sometimes as they are expensive products, they don’t do it because of how much they are worth, but by giving their clothes or accessories to Reshop, they have an incentive, as they are able to recover part of the money they spent.

Reshop is a business that has an innovative form of selling luxury clothing and accessories. It has imposed new ideas as a whole in the society making it better in many forms. For starters, reselling instead of buying new products helps the environment because it is a sustainable way of shopping. Besides, it helps society since people can now notice that they're keeping the things in their homes because of personal affection but they don't really need them, they get to generate income from old things they don't use, something that they never imagined because of the linear economy we grow up in. This business is trying to encourage a circular economy in the city by reducing the waste of fashion stuff as it is one of the top industries affecting the environment. Unlike other cities around the world as, for example, in California with The RealReal and in New York Rebag, Guayaquil hadn't had examples of sustainable business models in the fashion industry; so Reshop was really a novelty for the city. It was a great opportunity for Guayaquil since it is one of the main cities in Ecuador and can inspire others to come up with sustainable business models.

The business is entirely based on the innovative idea of reselling luxury products. Related to the economic part, Reshop is an organisation with almost no costs since they don't produce the things they are selling, they don't even pay for them until someone takes them from the store. The only costs they have are the general expenses related to the store assistant, the rent of the place and basic services. The selling policy states that if they sell an article that is valued in less than $400 they will pay the supplier half of this price, but if they sell an article valued in more than $400 they pay the suppliers they pay 75% of the price, so basically they have a gross margin between 25% and 50% of the sale.

Consumerism is destroying our environment. As the demand for goods increases, the need to produce these goods also increases. This creates more pollutant emissions, increases land-use and deforestation, and accelerates climate change. The fashion industry produces 10% of all humanity's carbon emissions, is the second-largest consumer of the world's water supply, and pollutes the oceans with microplastics. Reshop is reducing consumerism by offering second-hand designer clothes and accessories. If people decrease their demand for fashion products, then those brands will not be forced to keep producing and emitting CO2 emissions into the environment. This clearly attempts to reach SDG 11, of creating sustainable cities and communities, as they are minimizing the use of resources and creating less waste.

Reshop has different social benefits, one of them being an additional help to the household; this means that from the “unthought” new income every woman receives, they can inject some of that back into their family’s expenses. Furthermore, Reshop also gives back to the community by donating what is not sold and not wanted by the initial owner to SOLCA, a Foundation that fights against cancer. Moreover, they have helped to create more responsible consumers, which attempts to reach SDG 12. Selling second-hand clothes promotes a more conscious society. By buying and selling in second-hand stores you are being much less consumerist since you are not throwing away what does not serve you, and you are buying things that someone no longer uses in a good condition and at a good price. 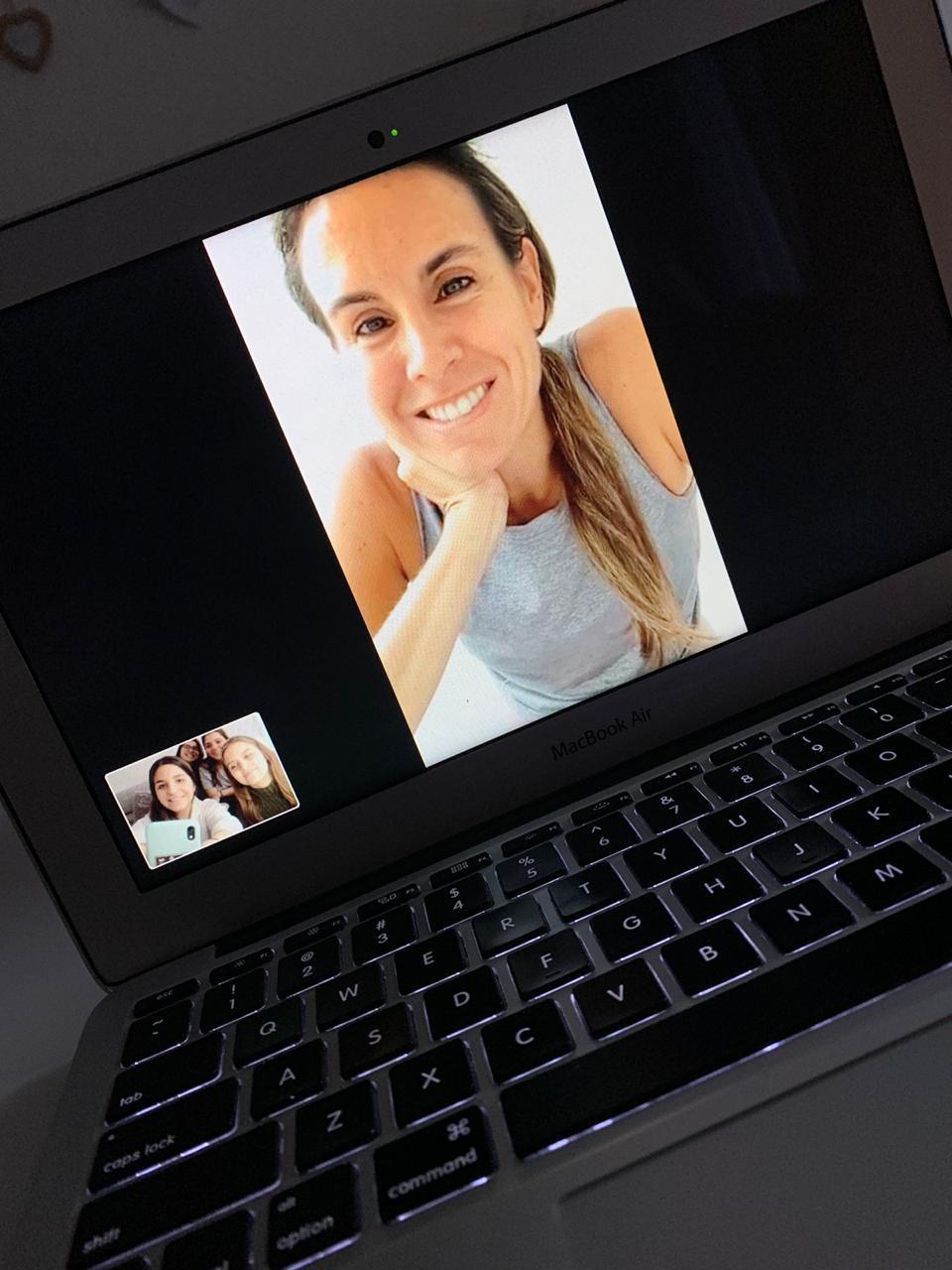 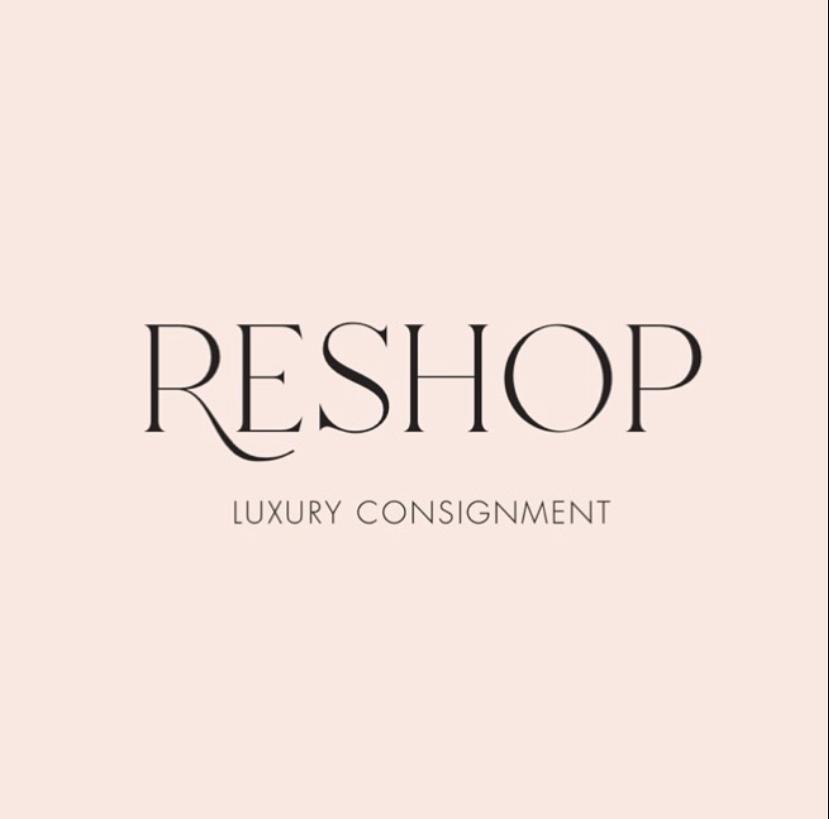 Reshop is a retail store in Guayaquil, Ecuador from second-hand designer clothes, shoes, and accessories. The business’ goal is to sell what people don’t use anymore and sits at the back of closets; this allows them to stop accumulating and others benefit from the sale. The owners of the store have been able to bring something new and successful to their community; it is a new way to regain money and allocate it elsewhere, as well as reducing consumerism.