Canam International Pvt Ltd. stands out as a socially and environmentally responsible entity in the Kandla Special Economic Zone (KSEZ), in Gujarat, Ghandhidham, India, which consists of several companies in various industries including chemicals, plastics, and textiles. Introduced in China in the 1980’s, special economic zones were implemented in order to attract foreign investments with the intention of allowing business’ to operate under special tax and business incentives. Darshan Sahsi, President of Canam Exports Incorporated was the first to receive a license to operate in India (KSEZ), who in the early 2000’s introduced similar types of special economic zones around the country. Darshan used the incentives to transfer North American business and ethical standards to an area filled with companies who disregard business ethics, common sense, and morals when it comes to the well being of people and the planet.

The innovation emerged when the first operating licence to import, sort, grade, and distribute used textiles from North America was granted to Darshan by the development and export commissioners of Kandla. Embedded within Canam Exports are several alignments with the UN SDG’s including #1: No Poverty, #2: Clean Water and Sanitation, #8 Decent Work and Economic Growth and most importantly, #13: Climate Action.

Seeing an opportunity to do well in business while doing business well, Darshan began operating the plant of nearly 1000 employees in 2001 sorting, grading and exporting used textiles from North America which would have otherwise been sent to landfills or burned.

He also used the opportunity to introduce massive water filtering stations which provide clean drinking water to his 1000 employees. This was something new to entire zone; no other company in the zone, whether it was a textile company, chemical company or otherwise, went to this extent to assure clean, safe drinking water was provided to its employees. The development commissioner took special notice and was invited for a tour of the company in late 2019. The commissioner is well aware that Canam is the only one setting these standards while the owners of other companies don’t care about the poor conditions and only seek profits. Furthermore, Canam donated over 10,000 trees in the local area.

Darshan encouraged members of his home village to come work in KSEZ. Both males and females were encouraged to come join the team and many of them took advantage of the opportunity and used the earned funds to further their career and education; some went on to become teachers and professors in India, while others immigrated to North America and Europe. 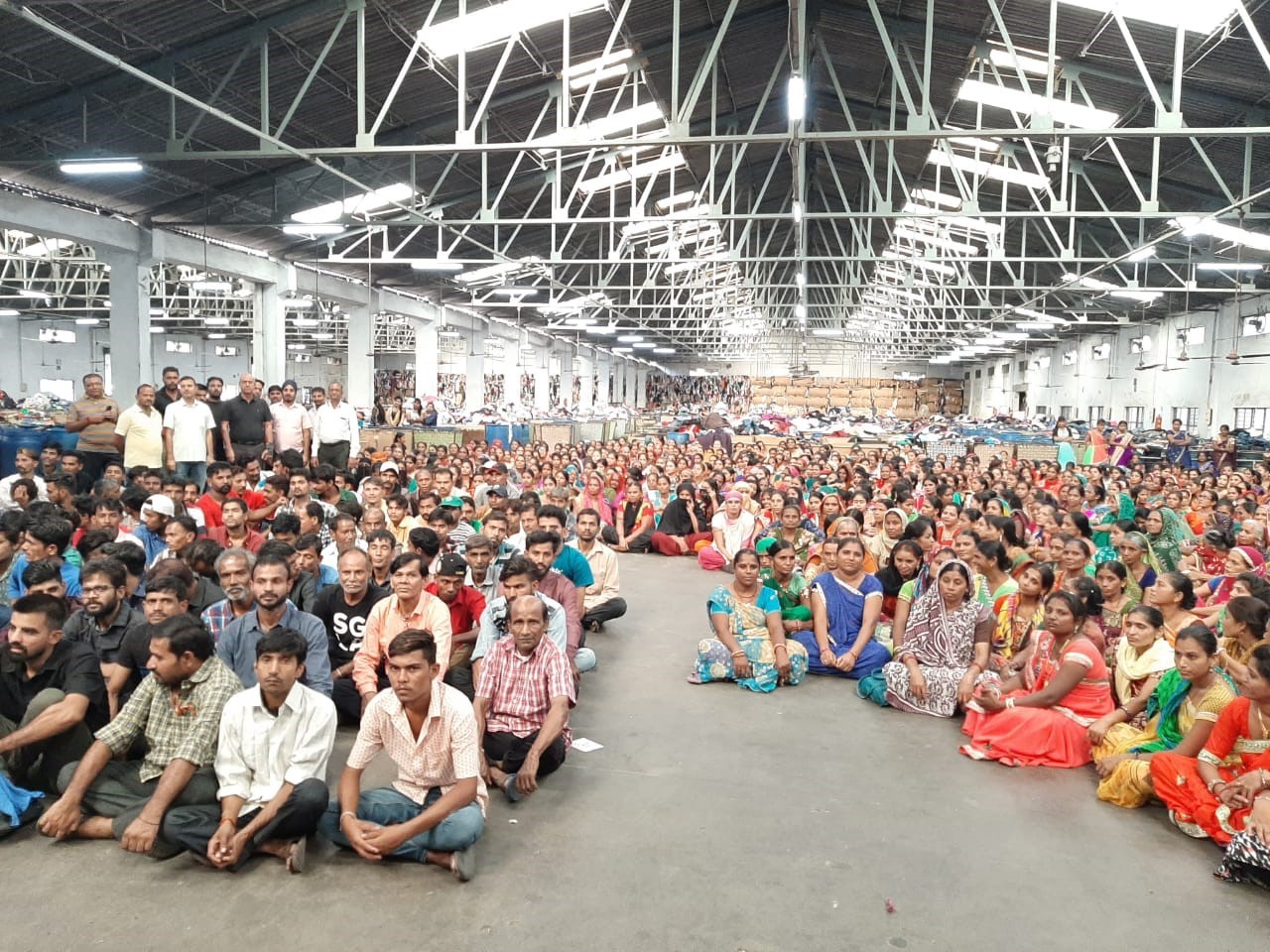 Being able to employ large communities of people is what keeps Darshan encouraged and motivated to continue directing Canam Exports. "I take great pride in being able to decrease poverty levels in my home village and beyond by providing employment opportunities, while providing disadvantaged women access to the tools and opportunities required to establish a succesfull, independent career". Darshan was also inspired by the hard work, dedication, reputation and philanthropy of his father. From a young age Darshan was taught to wake up at the crack of dawn and work hard for his family and community, while always giving back to those in need. Using these guiding ethical standards and principles, Darshan initially ran a brick factory in his home-town of Rajgarh, Punjab, India. The factory employed 250-300 impoverished people from his village who were grateful for the opportunity. The business directly impacted the village, literally laying the foundation and infrastructure of his home village. He most recently constructed a gate to the entrance of Rajgarh costing US$10,000, sponsored by Canam Exports.

When Darshan moved to Canada in the early 1990’s seeking new business opportunities. A friend suggested Darshan get his hands on recyclable acrylic and gave him an idea as to where he could find it. Not long after, Darshan came across Canam Exports in Maple Ridge, British Columbia. After discussing some cash flow issues with the 2 partners of the business, Darshan decided to buy in and invested his own money, successfully acquiring 33% shares of the company. After some trial and error including operating plants in California and Toronto which didn’t work out due to economic downfalls, Cann-Amm expanded to India in 2001 after obtaining the first licence to operate a textile recycling plant in Kandla, Gujarat. The plant has been processing 400,000LB-500,000LB of used textiles per day since outsourcing to India in 2001. Tax and real estate incentives allowed the business to expand and flourish in KSEZ.

The business employs approximately 1000 workers and has received several export awards as well as received recognition from trade and development commissioners. Almost every year the company is awarded more warehouse space due to the exceeding economic benefits bough forth by its operations in KSEZ. Through optimizing costs and benefits in India, the company is able to share its success with its North American Head quarters in Maple Ridge, British Columbia, which employs over 60 people. Moving forward, Canam plans to expand into the extraction and re-use of fibers from clothing while also moving from wholesale to retail operations including the vintage clothing market. These new ventures are both imitable and scalable for other companies to follow suit and further expedite the process of recycling and reducing our textile waste on earth.

Being a model company in an area where ethics and morals do not run deep, Canam has been able to establish itself as a poster-child when it comes to doing business ethically and legally. Darshan prides himself on being able to employ several hundreds of young women, and give them an opportunity to pull themselves out of poverty and live an independent lifestyle while providing for their own families at home. In a state where on February 2020, there was protest and outcry from female students being discriminated against and harassed due to a deeply rooted stigma behind female’s menstruation and hygiene. Darshan hopes to reverse this traditional and conservative level of thinking that oppresses females through empowering them with meaningful careers and opportunities.

Canam has set a standard for ethics when it comes to treating employees fairly. The water filtering stations were specifically praised by the Dr, Amiya Chandra, Zonal Development Commissioner of KSEZ (2019). Darshan hopes that his meeting with the commissioner will lead the commissioner to increase his expectations of surrounding companies, leading to the companies improving the treatment of their employees.

In addition to the daily ~500,000LB of textile waste that is redirected from landfills and exported to be re-used, Canam is currently working with a Japanese company to extract fibers from jeans and other textiles in order to be re-woven and re-purposed. Canam has recently joined hands with a Japanese company. The two partners plan to produce a mix of 30% used and 70% new materials to manufacture new fibers which will be exported to Europe and North America to be re-purposed. Once this venture is completely operable, Canam will be able to further contribute to the environment and society by reducing the amount of waste and promoting the consumption of products in a circular economy through its vintage clothing and fiber extracting endeavors. 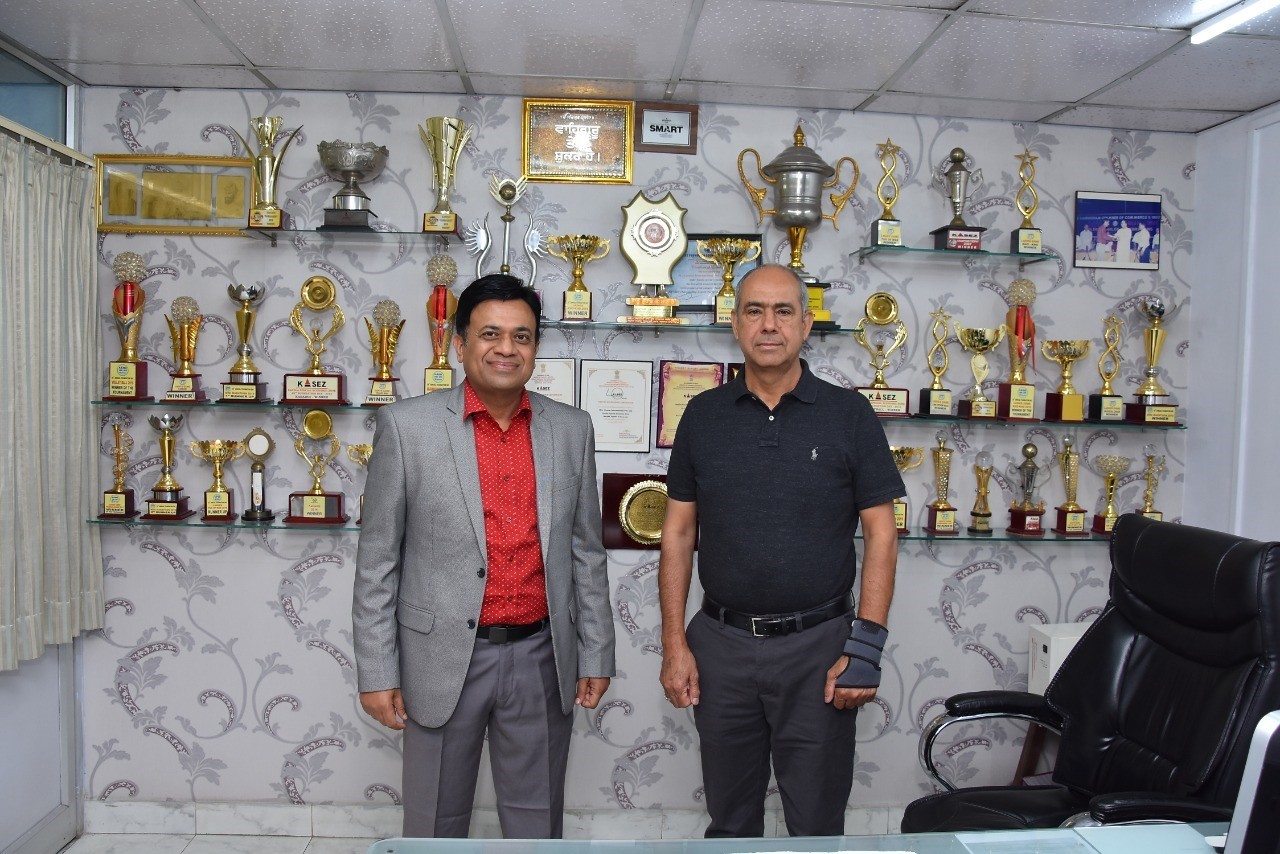 Canam International Pvt Ltd is a global textile recycling corporation which directly employs and empowers 1000 people and indirectly employs thousands more in North America, Asia, and Africa. Processing and redirecting nearly half a million pounds of clothing per day since outsourcing operations to India in 2001, Canam looks to use its industrial reputation and influence to positively effect people and the planet through encouraging ethical business practices, reducing consumption and waste, supplying employment to impoverished communities, and reducing social stigmas including gender inequalities in developing nations.