The company creates rockdrills that are used within the mining/construction/geothermal/water well drilling industry. These drills are bigger, better, faster, and more efficient than anything else on the market. The company demonstrates this by having the largest market share in Scandinavia for geothermal drilling. The company that uses this drill achieves better returns, which means less energy being used, saving water, reducing Co2 emissions, and using significantly less fossil fuels. Their vision is to be the driller's choice, and to achieve this vision they have also made a significant positive impact on the environment.

Mincon was brought into the global spotlight in 2010, when the drill designed in Shannon by Mincon was the drill that not only found but was instrumental in keeping 33 Chilean miners alive. The company, since its inception in 1977, has gone from strength to strength. They have had success and suffered failures along the way. They were an already successful company prior to 2010. However, having been instrumental in saving these miners brought the company into the spotlight globally.

The passion that the family has for their products and their company is evidenced by the mere fact that they refused to be bought out at a time when it was a simple option.

They have a wealth of knowledge of the markets they operate in, all of which are traditionally massive energy users. Their mission is to be bigger, better, and faster than their competitors. Their core business is mining. Their breakthrough products have resulted in the environmental benefit that results in the reduction of Co2 emissions, fuel, water, etc. One mine alone can save 6 millions liters of diesel per year. 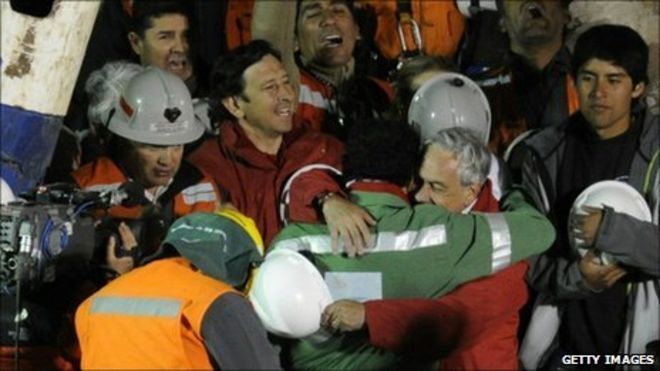 To compete on the global stage, the company has had to create a USP. The passion, commitment, and vision demonstrated by the family company is second to none. "Bigger, better, faster" is impressive, but very difficult to achieve. The inspiration and vision is to be the driller's choice, an ambition that they are achieving by imagining, designing, developing, and creating drills and hammers that are less harsh on the environment by reducing the instance of subsidence in their construction pile, driving innovation (the Chesapeake Bay Tunnel) and significantly improving drilling rates in the geothermal industry.

This drill saves the customers time and money and reduces Co2 emissions, in some instances 6 million liters of diesel. Improving efficiencies has resulted in massive energy savings, improving efficiencies, saving money on fuel, decreasing Co2 emissions and water usage, labor savings, and prolonged lifespan of the equipment. The company has spent 40+ years honing and perfecting their skill base, knowledge, expertise, and innovations so that they can compete on the global stage of a very exclusive club. One key development occurred in the late 1990s, when Mincon developed and created an innovative tool that they named "down the hole (DTH) hammers.” This initiative and innovation brought Mincon into the inner circle of the rockdrill segment of the mining industry. The benefit to their customers was significant; the unintentional benefit to the environment in terms of energy savings, reductions in the disturbance of the ground (meaning the instance of subsidence was reduced), exponential increases in the speed of drilling, a longer service life with less maintenance (drilling is incredibly labor intensive in terms of servicing the drills, adding time to every project; these innovative DTHs are more reliable than their competitors. As noted previously, one mine can save up to six million liters of diesel in a year, reducing Co2 emissions and saving water, and, to the delight of their customers, is more cost effective than any other comparative equipment on the market.

Benefits to the business include:

All of this is moving them closer to achieving their vision of becoming “the driller's choice.” Mincon was a minnow in their industry. The company took its successes and failures and learned from all they had done before. By listening to their customers and watching their competitors, they adapted, developed, and evolved into the incredibly successful company they are now. They created their USP, which is their disruptive technology platform. Mincon is a company that started with an idea; that idea developed and became the incredibly successful company that operates on a global stage and is the driller's choice. For such a successful company, they remain a family business and have their feet planted firmly on the ground. They appreciate their staff, appreciate their successes, and are planning on developing, evolving, and becoming bigger and better than anyone else in their field.

Upon becoming a PLC, Mincon established an employee gratitude scheme whereupon they rewarded their staff with €1,000 per year of service; they provide bonuses on a biannual basis. They contribute to local causes, both privately as a family and also as a company. A recent contribution was €200,000 to a day center at Carrigoran Nursing Home. Their turnover of staff is negligible. The receptionist we spoke to at the time of the interview said she hoped Mincon was her forever home, and they still have their first employee working with them. That is impressive.

By creating products that reduce subsidence and protect the surrounding environment as well as reduce energy use and Co2 emissions, they have succeeded in improving water quality in Chile. They also provide real scholarships in South Africa, funding education, and undertake research and development in Ireland, to name but a few benefits. The saving of the miners in 2010 in Chile was a particular highlight; the company itself was very humble about the fact that they invented a drill that could access areas that no other could and saved 33 individuals, an incredible achievement by anyone's standards. The drill itself is kept in the president's palace in Chile.

Mincon is a family company founded in 1977 as an engineering company specializing in reverse engineering. Over the years they have evolved into a global leader in the mining industry by creating rockdrills that are better than any other. They are the "driller's choice." Their revenue stream comes from mining (60%), construction (20%), and geothermal/water well drilling (20%).