Delivering Veggie Boxes for the Community

Pino's Fresh Produce offers 'vegetable boxes' to the local community. The boxes were available on Sundays at a set cost of $10 and included all that the customer could fit in. It was enough to give two adults the vegetable needs for a week and subsequently has helped improve access to food, improve the nutritional outcomes of the local community, reduce hunger and reduce waste. COVID regulations now mean that the boxes are pre-packed and cost $30 - however they are now also delivered to people's door (Pino's Fine Produce, 2021).

John and his family responded to the local community's need for greater accessibility to affordable fresh produce. The idea started as $1 bags more than 5 years ago and has now grown to be the main fresh food source for a considerable number of the local community. Over time the service has expanded to be offered as a delivery twice a week, and pick up on both Saturday and Sunday at their storefront at the Prahran Markets. The innovation is in addition to their usual market operations as a fresh food stall on weekdays and their wholesale distribution business to local restaurants and businesses.

The original idea was quite simple: customers would line up on a Sunday morning, grab a provided vegetable box, fill that box with what they could fit in, and then pay the $10 as they leave. The boxes are now pre-packed by Pino's due to COVID restrictions and delivery service is now also available to ensure that those that can no longer attend the markets still have access to fresh food.

This service has a significant impact on access to food for a large number of people in and around Melbourne. This is in line with the UN SDG 2 to eliminate hunger and specifically 2.1 - ensuring access to by all people to safe, nutritious, and sufficient food all year round (United Nations, 2021). As a side effect of the main intention is a reduction in food waste in line with UN SDG Goals 11.6 and 12.3. 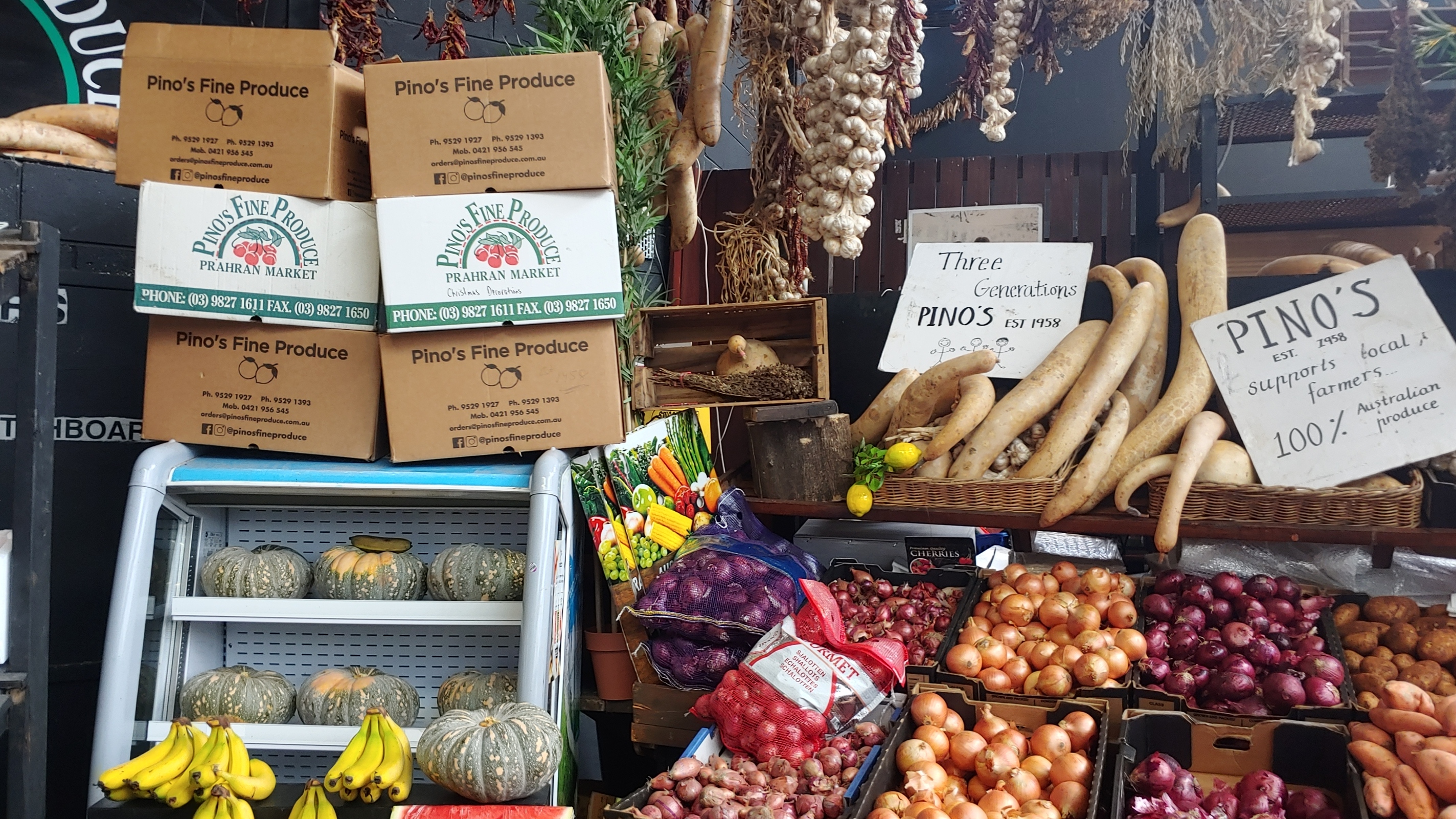 The innovation came about gradually as the needs of the local community became apparent. Residents of the local community housing towers would come late Saturdays to take advantage of discounted produce. John began giving food to those that came and asked: "these customers would tell me it was a tough week so I would just give them stuff. But they would refuse to take it for free. So I charged them a dollar" (J. Narduzzo, Interview, February 5, 2021).

Pino - John's father and founder of the company - was also a charitable and community-minded individual. "He never gave money to charities but he would always give food," John told me as he recalled the occasion that they drove a truck of fruit and vegetables down to the Royal Children's Hospital Good Friday Appeal on the suggestion that they made a financial donation (J. Narduzzo, Interview, February 5, 2021). Out of the community need came the business decision to do more and the Sunday fresh boxes came into existence.

$1 bags grew to $10 vegetable boxes. They were given away for a "donation" as John called it. After some time fresh fruit was added and the demand continued to grow. Long lines would form early on Sunday mornings with a breadth of the community attending to get their weekly supply of fresh produce at a price they could afford. Students, single parents, the elderly, backpackers, and those that just knew they were onto a good thing.

COVID has had huge implications for the business. Originally still being offered, the company had to eventually cease its traditional fill your own box offering due to government restrictions. Determined to still be a force for good, Pino's expanded their delivery operations in order to provide the same amazing service straight to the doors of those that needed it. A simple phone call brings a week's supply of fresh produce to the local community.

As a result of his community contribution, Pino was awarded an Order of Australia medal in 2004 ("Gardening Australia", 2016). The community that knows of Pino's Fresh Produce is ever grateful for their generosity. "People just love it." (J. Narduzzo, Interview, February 5, 2021).

Pino's Fine Produce continues to be a pillar of the Prahran community, more than 60 years after it was established. The family is all connected to its operation and continues to thrive in their corner stall location at the markets. The fresh produce boxes do not run at a profit, instead of coming close to breaking even and being subsidized by the other operations of the business. The innovation has however meant that the business has attracted many more customers and driven the success of the Prahran Markets for generations ("Gardening Australia", 2016).

The impact on society has been significant. Hundreds of families, students, and disadvantaged in the community are able to afford fresh produce. "People thank me. They tell me that they would just be eating McDonald's if it wasn't for us" (J. Narduzzo, Interview, February 5, 2021). The nutritional outcomes for those that utilize this service would be significantly improved. Given the market's location, within walking distance of a major housing commission estate in Prahran, this impact cannot be underestimated.

As a side effect of the innovation, the business has also experienced a reduction in food waste, being of major benefit to the environment. Customers are also not provided any single-use packaging in the distribution of the food boxes. There is also an effort to use the same food boxes that produce is delivered to the warehouse for the distribution of food to consumers, in turn reducing packaging waste.

Pino's Fresh Produce provides retail and wholesale fresh food services at the Prahran Markets in inner Melbourne. As a 3rd generation family-owned business, they pride themselves on creating a truly "old-school experience" for their customers. Always friendly and always helpful, Pino's is the heart of the markets and loved by all who know them.