Rathi Solar was founded with the motive of providing access to clean energy for all. They aim at providing solar rooftop solutions to domestic, commercial, and industrial clients, helping them to reduce electricity bills and saving the environment at the same time. Solar rooftop system is now an attractive field for investment than ever before.

Solar rooftop systems provided by the company are custom-made to optimally utilize the available space. As Palash Rathi stated, the mind behind Rathi Solar, “Our innovation remained on customizing product for each customer as per their need and educating them on maintenance part with the help of pamphlets. Innovation remained in Services.”

After having a close look at the market, they realized that customers were upset with their purchases because competitors had been selling the same, standard solution for their own convenience. The motivation behind the innovation was then to make customers happy with products and staying ahead of the competition.

Being head of the company, Mr. Rathi took charge of introducing the custom-built options and educated the vendors and employees on its execution. Clients were made aware of customization by the marketing teams and consistent supervisors made sure that vendors delivered as promised. Rathi Solar is tackling SDG 7, 11, and 13 by tackling climate action with sustainable, clean energy products. 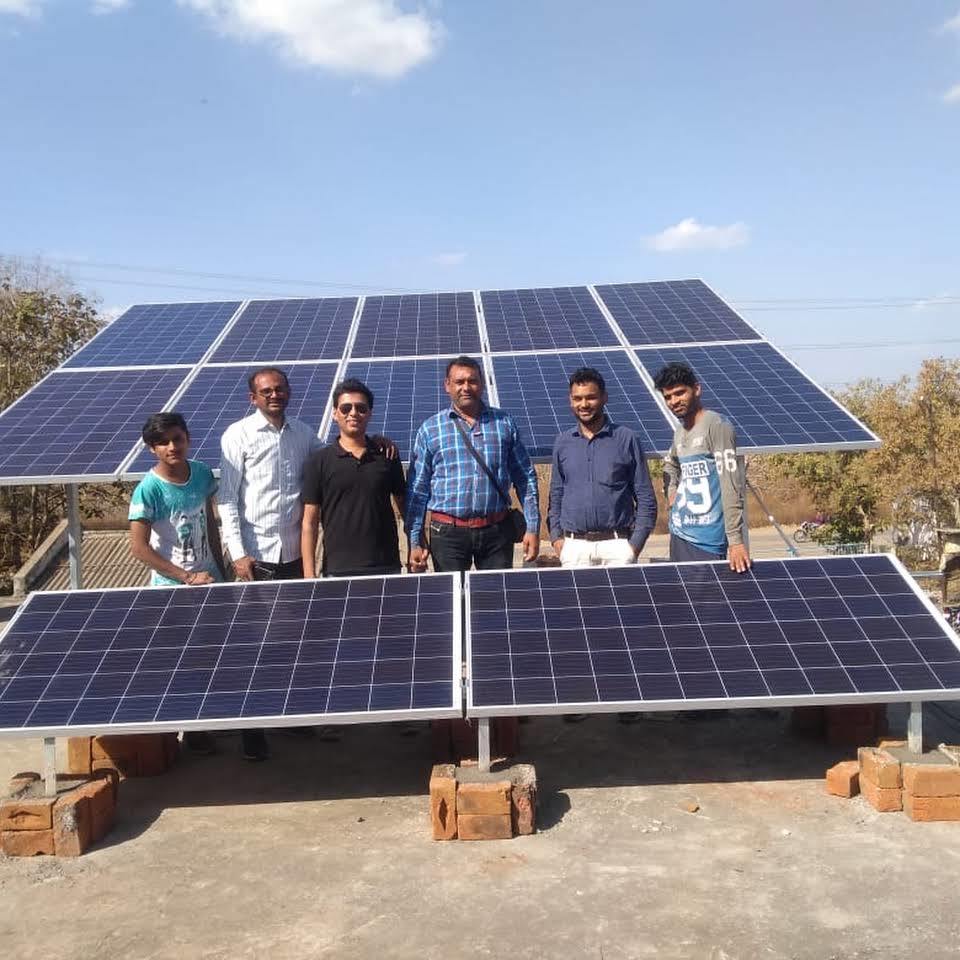 Palash, the founder of Rathi Solar told us about his wonderful journey and how it has brought meaning to his life. It has been like a roller coaster ride, full of ups and downs but one consistent thing is the learning experience on every step that has led the company to a successful stage. He told us about his struggle behind his first project as an entrepreneur and how it taught him patience and resilience. Being the first generation to go into business has been a challenging trajectory for Palash.

Established in 2016, the company focuses on sustainability and holds a futuristic approach towards its operations. The company has been operating in and around the city of Indore, Madhya Pradesh, and has installed over 100 solar power units to date. In an interview, the company’s founder, Palash told us that “My inspiration[s] to start this venture are my parents and my close connections. They guided me to build a futuristic approach with the help of this organization.” His vision to work for clean and green energy motivated him to start his entrepreneurial journey.

India is a country that is still widely dependent on conventional sources of energy. According to the Ministry of Power, Government of India, thermal energy still makes up a major (61.9%) chunk of total electricity that is produced as of 31st October 2020. In such a scenario most people are quite unwilling to shift to cleaner and greener forms of energy. It is innovations such as the one made by Mr. Palash Rathi that really makes unconventional sources of energy such as solar, both accessible and viable to the general public.

As stated by Mr. Palash Rathi, “The competitors were offering the exact same solution to each consumer as per the company’s convenience. The customers were extremely unhappy after sales due to poor after-sales customer support.” Rathi Solar’s innovations in the form of customization, the creation of different pamphlets, and monitoring via the mobile-app have created a great ecosystem for the use of solar power. In fact, even remote places in Punasa (around 80 kilometers away from the main Indore city) have now opted for off-grid solar system units attached and serviced by Rathi Solar.

According to Mr. Palash Rathi, “In 2016, solar energy was very niche. It was not something very commonly used,” However in the years that followed, Rathi Solars have managed to install more than 100 solar units in and around Indore city. Now, in 2020 people’s mindset has changed and there is a good demand for solar cells and panels. Rathi Solars has also emerged as a prominent name in the business of solar fixtures in the short time of four years. The driving force behind this visible impact is the innovative ideas employed by Mr. Palash Rathi. “We are doing very well and will expand aggressively from here,” Mr. Palash Rathi finished.

The company’s team consists of five people. They are mainly independent contractors who range from energy and finance professionals to sterling students. Co-founder, Palash, mentions that the company culture is ultimately beneficial because of their dynamic, candid, and ambitious mindset. Because of this high level of internal operations, they can pursue the most challenging company projects with transparency and candor, “Everyone feels like what they’re doing is purposeful”.

When speaking to Founder, Palash, he explained that they operate on two core competencies- capital investments and savings. The first being the ability to structure financing that enables energy projects to take flight which would otherwise cease to exist due to financial limitations. The second is their ability to develop a keen and meaningful understanding of their client’s operational needs, which to many business owners, are costs and savings. As mentioned above, competitive advantage is finding their customers the tax benefits and financial strategies, whilst simultaneously aligning the sustainability goals clients may have. Essentially, their core beliefs lie in delivering economic savings to help their clients reduce costs, but also offering guidance to aid businesses in achieving their environmental goals.

In terms of revenue, they differ from their energy developer counterparts because they are fully integrated. This means that through their energy, sustainability, and financial solutions they can drive revenue from capital marketing fees and development fees from each project.

Rathi Solars has had a significant impact on the social fabric of the country. They've had the opportunity to bring electricity to places that the government has not been able to reach. The founder, Palash Rathi, narrated a touching story of how his business brought them to a small town called Punasa, Narmada Nagar in Madhya Pradesh, 80kms from the city of Indore.

Due to the overall remoteness of the region, the village was not connected to the grid. To manage their daily energy demands, the village relied on diesel-based electricity generators. These generators were run twenty-four hours a day, leaving its inhabitants in fumes, quite literally. The environmental impact of this situation was no doubt ghastly but even worse was the adverse financial impact on the lives of the people due to the sheer amount they had to spend on fuel.

This is where Rathi Solars came in. The company set up solar-grids in a place that was so remote that even the State Government of Madhya Pradesh government could not reach it. Their customizable and customer-centric model made it possible for them to deliver in Punasa.

The impact of the installed solar grids has been remarkable. It has made a large positive change in the lives of the people there. Now, the inhabitants of the village only need to run their diesel generators for half an hour a day! This is such a massive difference from the previous twenty-four hours that they were forced to run these generators. The demand for diesel has gone down substantially. Now, the residents of the village have more disposable income all thanks to Rathi Solars. Even better, many of the residents of the village are much happier due to their fresher, fume free environment.

Palash Rathi believes that Solar grids have the potential to change lives and his venture has proved it. They hope to reach many such places while aggressively expanding in the future in the future.

Burning one ton of coal produces 2460kWh of energy. But it also creates close to one and a half tons of carbon monoxide and carbon dioxide - both infamous agents of global warming. Thermal power is still the most popular and prominent source of electricity in India so every unit of electricity made by solar power directly takes away the demand for thermal energy. A typical 5kW solar unit can produce up to 20kWh of energy on a good day in a tropical country like India. This means, that in a year a single 5kW solar panel produces the same amount of electricity as does close to 3 tons of coal but without the emission of greenhouse gases and pollution.

The company Rathi Solar has installed over 100 solar panel units in and around Indore. If we assume they are all 5kW solar panels (this is a fair assumption because most of the units installed are 5kW according to the founder Palash Rathi, the remaining few are of both higher and lower watts) and that the panels will not be taken down for the remainder of their life cycle, which is of 45 years. We can see that the solar panels will save up to a total of 13,500 tons of coal. This is a very significant impact on the greenhouse gas emissions of India and this is without taking into account all the solar panels and units that will be installed in the following years. The environmental impact as we can see is very significant and will only grow as the company expands further. 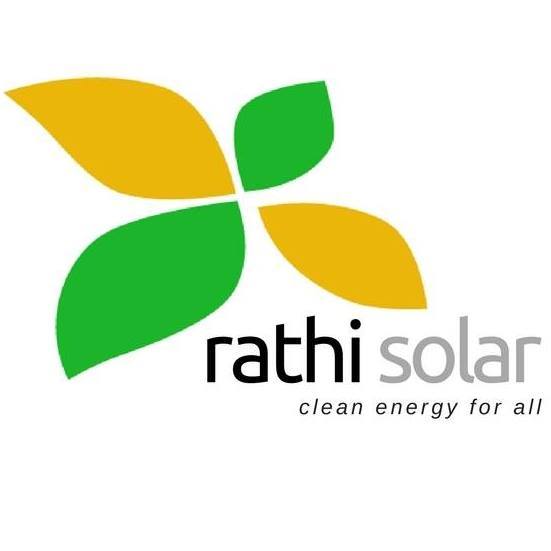