Curry For A Cause

Tiffinday's handmade stews are packed with ground spices and fresh ingredients, which have struck a chord for those that crave the traditional taste of South Asian food. This innovation has made it possible to eat the comfort of homemade food while only minimally impacting the environment. Additionally, Tiffinday has provided employment opportunities to women and empowered them to find a meaningful livelihood.

The Environmental Working Group (EWG) stated that if every American ate just one plant-based meal a week, it would equate to taking 7.6 million cars off the road. This particular statistic changed everything for Seema Pabari. "This was huge for me because it meant I didn't need large technology, investment, or infrastructural changes to have a direct impact on climate change, and that excited me." Co-founded by herself and business partner Hubert D'Mello, Tiffinday's innovation lies in their ready-to-eat South Asian vegan stews. These stews are delicately handcrafted and freshly prepared in the kitchen of Hubert D'Mello's Udupi Palace, a restaurant famous for its 100% vegetarian menu.

In its initial stages in 2010, Tiffinday delivered lunches in tiffin boxes to people in Toronto's downtown core. These lunches were packed in reusable stainless steel containers and allowed Tiffinday to produce a "litterless meal." This business model allowed them to test their stews and conduct market research for the most popular choices that were eventually scaled up to suit the retail model. However, following hardships in the execution of the delivery line, they transitioned and pivoted their business model into the present-day retail line. This retail line consists of four delicacies that are freshly prepared using plant-based proteins such as pulses and legumes to substitute meat. In addition to the vegan menu that Tiffinday prides itself on, co-founder Seema Pabari emphasizes that it is the taste that has resulted in growing sales. The recipes were tested in the early years, and the popular curries were scaled up for the retail line. "People buy food because it tastes good, and it helps that we are an environmentally focused and socially responsible company," says Seema about the products.

In addition to being plant-based, Tiffinday is also committed to ensuring that they reduce their impact throughout their supply chain. From their fresh ingredients to processing and delivery, sustainability is a crucial consideration for the company. The products are not designed to belong in the frozen section, so they are processed without the use of any preservatives. Additionally, during growing season in the summer months, their ingredients are responsibly sourced from local farmers in Ontario. Lastly, these artisanal quality stews are transported in glass jars using an emissions-free distribution service called Drop Distribution, which uses Electric Vehicles (EVs) for delivery to independent stores. This distribution method has contributed to reducing their impact on the environment significantly. 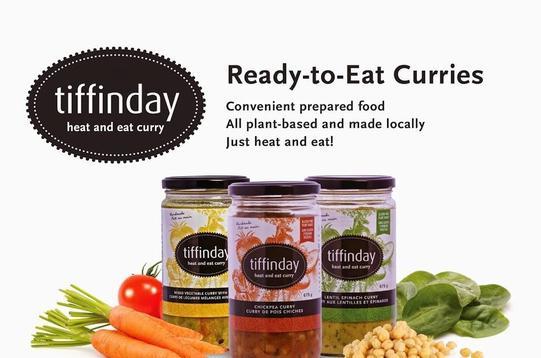 On a business trip to the United States, Seema Pabari received news that her father was diagnosed with colon cancer. In the wake of this news, she had a realization and regret that her corporate job had consumed a large proportion of her time, so she started to reevaluate her life choices. She noticed how unfortunate it was that the 10-12 hours she spent at work every day did not contribute to making a difference in society: reducing poverty, hunger prevention, climate change, and other global issues. "I had to leave the corporate world because I needed the flexibility to raise my son, and I've always been interested in the food industry, so I thought I would try entrepreneurship," says Seema on why she made the giant leap from the corporate world to social entrepreneurship.

She was already passionate about the food industry, so she founded Tiffinday in order to produce authentic South Asian food that was good for the environment. As a lifelong vegetarian herself, her inspiration mainly stemmed from her concern for the increased carbon footprint in the environment that has resulted in climate change, which she shows when she said, "We are a for-profit business with a triple bottom line, but environmental sustainability and social hiring are core to what we do."

Over the years Seema has encountered various challenges, but throughout it all, she has gathered successes. When seeking capital initially, she was offered more "quick and efficient" ways to grow the business, such as including butter chicken in the menu, using a different distribution channel, and paying minimum wage to lower expenses. However, Seema recognizes that decisions such as declining offers for cheaper packaging, keeping the products 100% vegan, and paying fair wages to her employees are the goals that motivated the creation of Tiffinday and continue to drive the company forward today. She further comments, "There are cheaper ways to save costs, but the small victories for me are that we stuck to our goals, and at the end of the year, we still make a profit." Therefore, Tiffinday was created on the same values it still follows of since then has delivered nourishing meals that have a positive impact on the planet's health.

Since its inception, Tiffinday has been able to create a positive impact through their ready-to-eat stews in homes across Ontario. Their nutritious and tasty products have been widely enjoyed in recent years. Through this innovation, Tiffinday has increased the awareness of vegan substitutes that are just as healthy and rich in protein. “During the initial days, we started promoting our products at farmers’ markets and highlighted the nutritional benefits of these plant-based proteins.”

In addition to improving the overall health of communities, Tiffinday has successfully produced lower carbon emissions through their stews in comparison to non-vegetarian protein options. On their website, they share the annual impact they create and provide a comparative analysis with emissions produced by beef. Since their products are mostly lentil-based, they measure their impact by comparing emissions produced by one pound of lentils sold to a pound of beef, the most common non-vegetarian source of protein. To date, they have sold 876,002 grams of lentil stews, which constitutes 8760 kilograms of total carbon emissions. This is almost ten times lower than the 86,063 kilograms worth of emissions that the same amount of beef would produce.

Tiffinday's social hiring agenda has also been at the forefront of the impact that it has generated. Fair wages are valued, and all employees are paid above minimum wage. They also prioritize hiring women of South Asian background who can share their knowledge of the cuisine and be meaningfully employed. By promoting diversity, Tiffinday has managed to create a positive work environment where employees feel cared for and respected. Tiffinday has remained true to its slogan 'Meals just got easier' and created products that have been hand-prepared, processed, and packaged to serve customers an easy and healthy alternative amidst their busy and fast-paced lifestyles.

Tiffinday has consistently made profits since 2014 when the retail line launched. It has flourished and earned the recognition that it has today due to its prioritization of the core values of environmental sustainability, healthy living, equality, and inclusion. In terms of cost savings, it has been efficient for Tiffinday to operate out of the Udupi Palace kitchen after regular restaurant hours. The ingredients are sourced in conjunction with supplies for the restaurant since that is the most cost-effective way to purchase them. Udupi Palace, being a vegetarian restaurant serving South Indian food, is the right partnership for Tiffinday and has contributed to its recognition as well. Their business has grown in recent years due to the popularity of vegan diets that has allowed them to garner customers who are interested in a plant-based lifestyle successfully.

Furthermore, their partnership with other stakeholders, such as independent groceries, has been very fruitful. Tiffinday has developed a distribution channel which allows them to differentiate themselves while providing business to smaller grocery stores. This has helped in reaching the right customers since they have been able to promote by offering free samples and talk about their brand. The majority of the stores that they sell at right now offer organic produce and are health conscious, making them the right fit for Tiffinday's distribution channel.

Environmentally speaking, Tiffinday aims to reduce its carbon footprint across all operations. The company has already successfully avoided 77, 276 kilograms of carbon dioxide emissions since its launch in 2014. This can be attributed to their lentil-based stews that have produced much lower emissions than non-vegetarian substitutes. In addition to the products being vegan and producing fewer emissions than non-vegetarian options, an essential feature of their model is emissions-free delivery. These jars are transported to the stores using Drop Distribution, an emissions-free distribution service that uses electric vehicles to perform deliveries with a focus on sustainability. This has been vital to Tiffinday's commitment to the environment since they are genuinely making a difference in reducing emissions beyond their product line.

From a societal standpoint, Tiffinday has created a positive change regarding employment due to their hiring agenda that involves exclusively hiring from a priority neighborhood in Toronto called Crescent Town. In this predominantly South Asian neighborhood, it was identified that the majority of the women could not find suitable employment since English was not their first language. Not only does the company hire these women, but they pay fair wages to provide them with a source of income and offer flexible hours that cater to their schedules with young children. 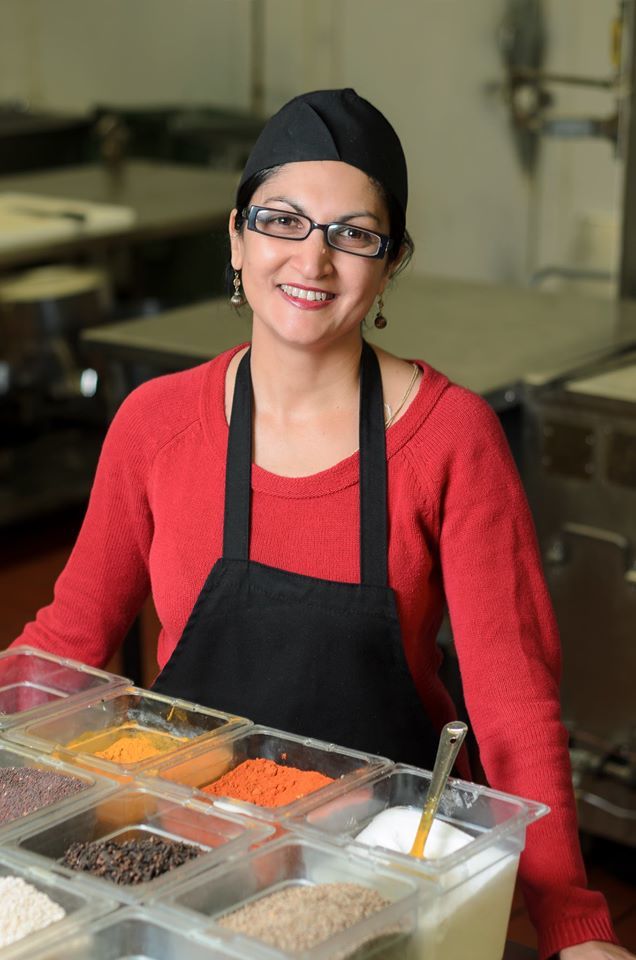 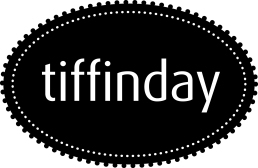 Tiffinday is a certified B-corporation that specializes in manufacturing ready-to-eat vegan stews. Based in Toronto, it was initially a tiffin delivery business that was later remodeled into its current retail line. Co-founded by Seema Pabari and Hubert D’Mello, Tiffinday has made its mark in the competitive food industry with its triple bottom line approach.