BeCrickets is a food business dedicated to inspiring a healthy and sustainable lifestyle. It was created to positively impact people in terms of their health and the environment. BeCrickets emerged with the idea of finding an efficient and safe way to produce and improve the quality of insect nutrient products. It helps people to consume insect nutrients more efficiently. As Carla Blackaller, CEO of BeCrickets, explained, "[t]here are many ways, but insect protein is an excellent alternative to current sources of other protein provenance."

In 2013, the Food and Agricultural Organization of the United Nations (FAO) presented a document titled "Edible Insects: Future Prospects for Food and Feed Security." This document promotes entomophagy, or the practice of eating insects, as it represents a potential path for increased food security with minimal environmental impact. The consumption of insects by humans is already practiced in several countries worldwide. According to the FAO, by 2050, there will be approximately 900 million people facing malnutrition due to a lack of food. To avoid this, current food production should be increased by 60%, which is not feasible due to the low availability of drinking water and land for food. Insect protein is a potential source of new food production. Entomophagy has multiple nutritional and environmental benefits, as well as several economic ones.

Insects require less space, water, and food to survive than conventional livestock. They have fewer zoonotic diseases, or diseases that pass from an animal or insect to a human. Insects have rapid growth and reproduction rates and relatively low breeding costs. In some countries, flour worms, domestic crickets, and grasshoppers are already available for human consumption.

These are the stages of cricket production: incubation of eggs for 10 to 15 days; cricket growth for 60 to 120 days; cricket harvest via live insect packages or being frozen in jars; and cricket usage. Living crickets are used as pet food. Frozen jars of crickets are stored at minus 20 degrees Celsius and transported cold for gastronomy purposes. The farmed crickets are then prepared for animal or human consumption in a processing plant.

Insect protein content ranges from 40% to 60% in a dry base. Insects are rich in essential amino acids, unsaturated fatty acids, fiber, and micronutrients. Crickets have a chitin layer on their exoskeleton or polysaccharide made from chains of modified glucose. This is prebiotic, meaning that it feeds the friendly bacteria in the digestive system and is beneficial to digestion. The nutritional composition of insects, especially crickets, is considered an alternative and up-and-coming source of protein.

In addition to their nutritional value, edible insects have great potential to provide jobs and food to rural populations. 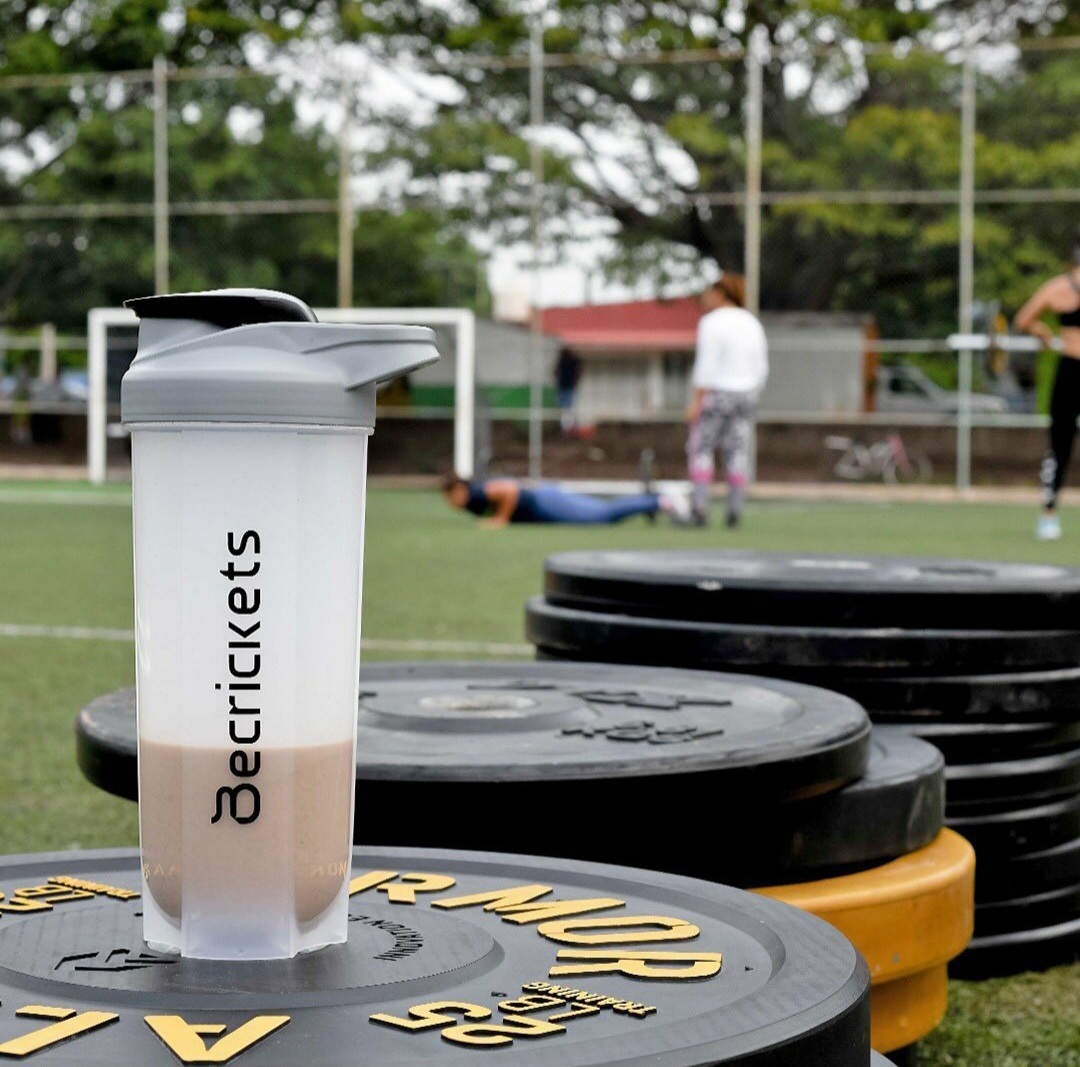 Welcome To The Food Revolution

Carla's interest in sustainable insect protein was inspired by a statement from the FAO inviting people to investigate this "new" protein source. While researching this, Carla considered global problems like overpopulation. She wanted to find different options to feed this growing population to avoid malnutrition and make a lasting positive environmental impact.

Carla started this investigation with her husband, researching different varieties of insects, breeding methods, and potential preparation ideas. Initially, grasshoppers were considered instead of crickets, but after finding better information on cricket farming, this insect was chosen. Since crickets have been used for several years as a type of pet food, papers on their nutritional value for animals like snakes and turtles were available. Entomophagy is sometimes seen as taboo in Western countries. However, after discoveries on insect nutritional value, insect proteins are increasingly considered a profitable and effective food source.

Carla wanted to break this taboo by "creating something quick and easy to consume, avoiding this dislike for eating insects, which most of the population has." She also wanted to make something that encourages people to have a healthier life and has made this product a nutritional supplement. She created a formula for protein powder made from crickets. This nutritional supplement helps athletes build muscle mass and allows for people to meet their daily protein requirements.

According to the FAO, 26% of the planet's dry surface is dedicated to pasture for livestock, and 33% is used for crops for livestock. Taking this into account, livestock farming is responsible for 18% of current greenhouse gas emissions. Considering population growth, the increasing amount of land needed to hold more people will exacerbate climate change problems. Insects emit fewer greenhouse gases than cattle or pigs. Crickets require approximately six times less feed than cows to produce the same amount of protein. These insects provide high protein content and vitamins, iron, amino acids, fiber, and other minerals.

Carla’s knowledge about crickets is vast. She explained, “crickets are much more efficient at transforming their food into protein than any other animal. For every kilo of food they consume, they have a greater capacity to transform it into protein, because they are cold-blooded animals, they don’t need to transform their energy to keep warm and because of the efficiency of their metabolism.” The process required to obtain the cricket powder is less expensive and less complicated than any other animal protein powder.

BeCrickets is working to change peoples' mindsets about consuming crickets since many people have an aversion to eating insects. Carla shared an example of this taboo, describing, “[i]n markets, we have come across people who ask us, 'does it taste like cricket?'. And when they taste it, they realize that it does not taste like cricket. It has a chocolate flavor, although I don't know what they think cricket tastes like. BeCrickets aims to make it easier for people to include protein from insects without realizing that they are eating a cricket. In the end, they are diversifying their source of protein.” BeCrickets' protein powder is made of cricket protein, vegetable protein, natural vanilla or cacao. Carla explained how these are “just natural ingredients, no artificial flavoring or preservatives.”

In recent years, Mexico has had significant migration problems from rural to urban areas due to poor living conditions. When Carla began her cricket research, she noticed that several small cricket farms were already settled in rural areas of Jalisco. As BeCrickets has expanded, the company has developed new initiatives to make a wider social impact. The company plans to employ indigenous women to raise crickets, creating a new reliable source of work for rural populations. Hiring these women enables them to have a stable income source, better living conditions, and increased legal benefits.

BeCrickets aspires to go global, reaching an international population with its products and having the ability to provide more significant job opportunities to low-income populations internationally. Being a small company, BeCrickets has few employees; however, it plans to grow.

BeCrickets has developed a simple way to incorporate insects into our diet, making it is possible to generate nutrients without negatively impacting the environment. The company has created a product that produces social and environmental benefits.

BeCrickets considers the nutritional benefits of its products, promotes a healthier lifestyle, and methods to reduce greenhouse gases and environmental harm in its work. The company uses packaging made from 50% biodegradable paper and plastic that degrades faster than other plastics. BeCrickets is still in the process of searching for the best packaging for its product and the environment. The company ships its products in bags to minimize the space needed for parcel services. Carla is constantly innovating to create her product in the most environmentally friendly way.

In a relatively short time, BeCrickets has generated increased awareness of alternative proteins in Mexico. Carla emphasized that "[i]n Mexico, insects are already consumed in a gourmet way or in certain places, and what we are doing is making it affordable and easily available. To be able to order it online and get it to your home or buy it in any supermarket." In the long term, BeCrickets wants to make insect consumption a normal thing. 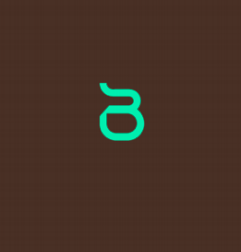 BeCrickets is a company that inspires a healthier and more sustainable lifestyle by creating highly innovative, nutritious, and delicious protein flour made from crickets. Crickets are an excellent protein source and also are very sustainable to produce. They require less water, food, and space than traditional protein sources. BeCrickets started with a fundamental question: How will a world with 9 billion inhabitants be fed sustainably? One of the answers is with insects. BeCrickets is an exciting organization that aims to eliminate poverty and help the environment with its revolutionary product. The process used to create cricket flour emits 10 times less greenhouse gas than comparable processes used for other protein powder types.