Impossible Foods was created to end the use of animals in food via making meat and fish-like products directly from plants. The company introduced the "Impossible Burger," which is made out of plants so that meat lovers could enjoy burgers without harming animals.

Patrick O. Brown passionately wanted to address the urgent problem of climate change. This internal motivation is the origin of the idea of Impossible Foods, created with the goal in mind of creating meat-tasting foods with ingredients derived from plants or by fermentation.

O. Brown developed his innovation by bringing together a team of top scientists. This group analyzed meat at the molecular level to figure out the science behind the smell, preparation, and taste of meat. Then, in 2016, Impossible Foods launched its first product: the Impossible Burger. The burger started in just one restaurant. After just one year, rapid growth led the company to already have expanded nationwide.

Thus far the company has been a massive success, winning the 2019 UN Global Action award in the “Planetary Health” category because their product innovations create a more sustainable food system that can be deployed globally with no behavior change or compromise. 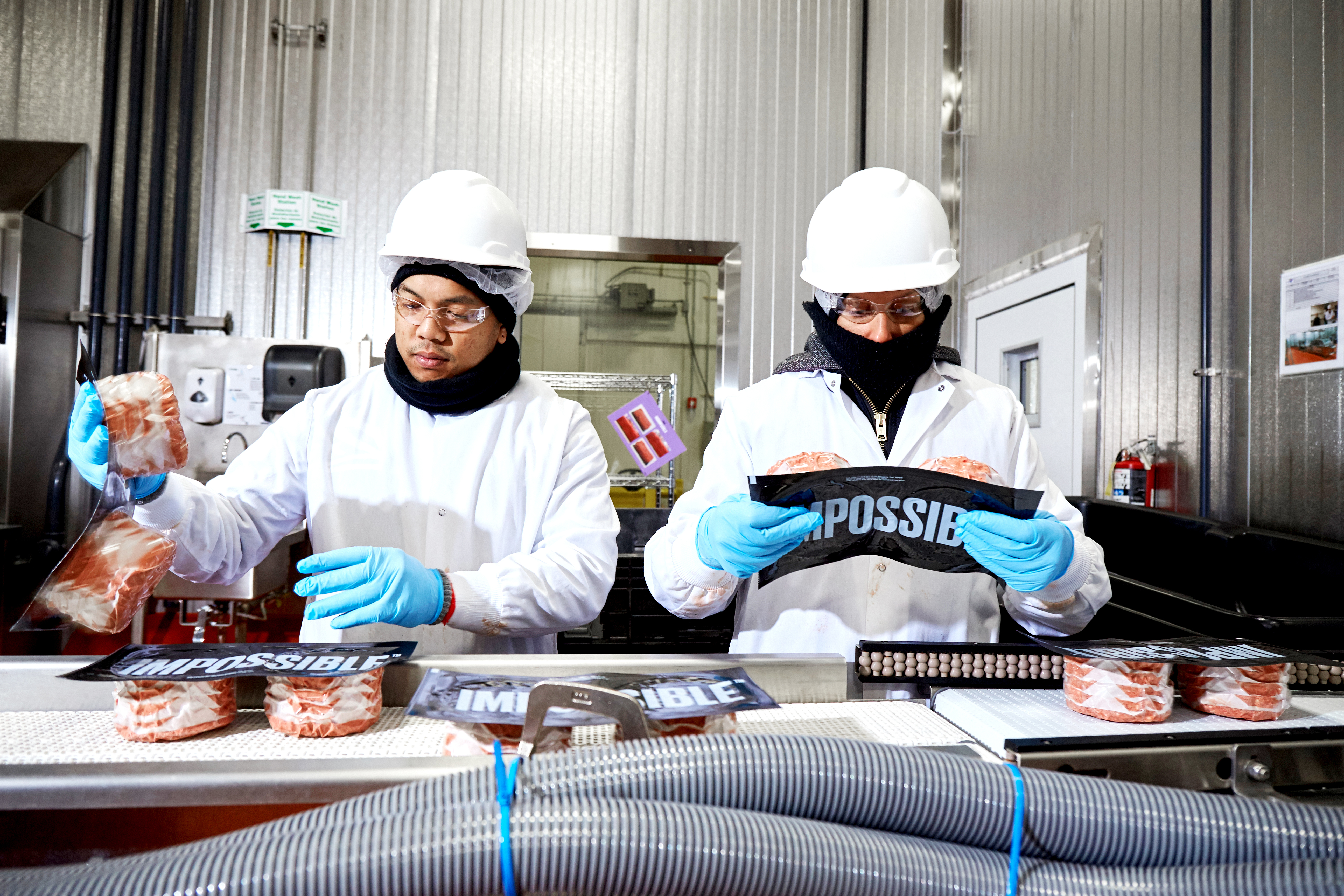 Patrick O. Brown, M.D., Ph.D. decided to change his career path from the medical field to instead make more of a global impact to address climate change. He was particularly awed by the statistic that meat production utilized a land area that was bigger than four countries combined. O. Brown stated via interview, “They were also using water that could fill the San Francisco Bay every day.” So, he founded Impossible Foods in 2011 to end the harm done upon animals simply to produce food for people with the goal in mind of ending harm to animals as well as "reduce humanity’s destructive impact on the global environment” as a byproduct of this.

Meat lovers will simply not stop eating meat due to what they personally crave in food. That being said, creating a plant-based burger that tastes just like a standard one is a starting point to decrease the consumption of meat and thus use less water/land and harm animals less. Impossible Foods hopes to continue expanding its products to benefit the world and, by 2035, replace the need for animals as a food production technology. In order to do so, they will need to double their impact every year by getting people to realize that they can save the climate, limit water use, and save the ecosystem. This is not an easy task, however. Some people love their standard burgers and don't understand the harm done by eating them. O. Brown states, “If everyone in 2018 purchased the Impossible Burger instead of a regular burger, we would have collectively spared a full days’ worth of water demand for 2.6 million Americans, the greenhouse gas of 250 million miles driven in a typical car in the United States, and a land area nearly the size of San Francisco.”

To understand its impact on a greater scope, since Impossible Foods' founding in 2011 the company records its environmental impact annually. They work with Quantis to understand the environmental impact of the ‘Impossible Burger’ that launched in January 2019, compared to ground beef from cows. The results are far better than the beef alternative: 87% less water use, 96% less land use, 89% fewer greenhouse gas emissions, and 92% less dead-zone creating nutrient pollution. Additionally, studies show that each pound of an Impossible Burger substituted for beef from a cow saves about 30 pounds of carbon equivalents and utilizes nearly 300 less square feet of land.

Impossible foods reached a popular market in today’s generation: vegetarians. The market also reached meat lovers and individuals who try to have a healthier lifestyle. The company raised funding of approximately $687 million in recent years. The business also generates “about $130 million a year,” according to O. Brown.

Impossible Foods also is a player in the job market as well since they have approximately 480 employees. Their team consists of diverse employees from different cultures. The company goal for employees is to build a safe environment that encourages conversation and empowers action. O. Brown signed the “CEO Action for Diversity and Inclusion Pledge," which commits to supporting his employees regardless of their “ethnicity, gender, spiritual beliefs, or ideology." "The leadership team has also championed office hours and Employee Resource Groups (ERGs) to provide a forum for employees to share ideas, shed light on blind spots, and always challenge assumptions.”

Regarding the product itself, innovations have expanded to include plant-based seafood, steaks, and other foods. This broadens the company's market even further by attracting vegans, people who have allergies or manage other health sensitivities. In the future, Impossible Foods plans to release its products directly to consumers by placing them in supermarkets across the country. This will make their plant-based products more accessible to consumers, therefore increasing revenues by expanding their market from just restaurants to wholesalers for consumers to purchase.

Each time a person replaces a traditional burger with an Impossible Burger, they save 6.7 lbs of carbon, 0.3 trees, and 0.2 days of personal water use. This innovative food relieves nature's burden. If more people start to eat products from Impossible Foods, the use of land and animals in food production will be reduced.

Additionally, due to this innovation, many who have eliminated meat from their diet can enjoy eating burgers again! The Impossible Burger is also an option for many with food allergies. Plus, the product is vegan friendly.

Impossible Foods creates meat, fish, and dairy-like products made from plants. Their mission is to save the planet by reducing the use of land, water, and animals.